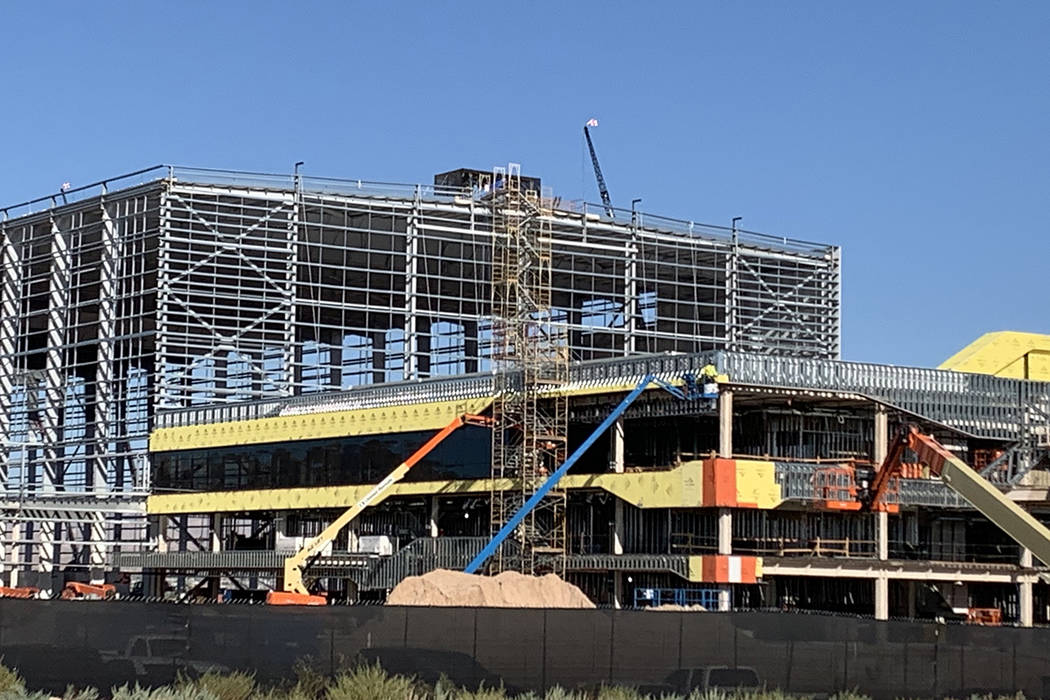 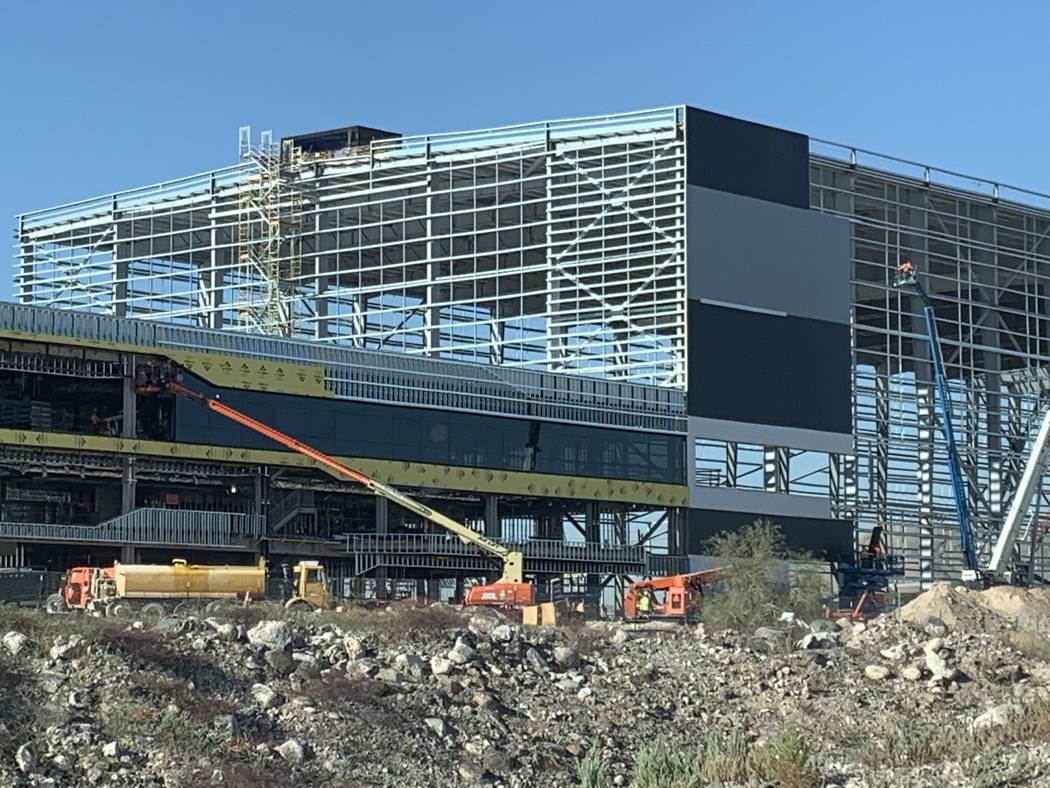 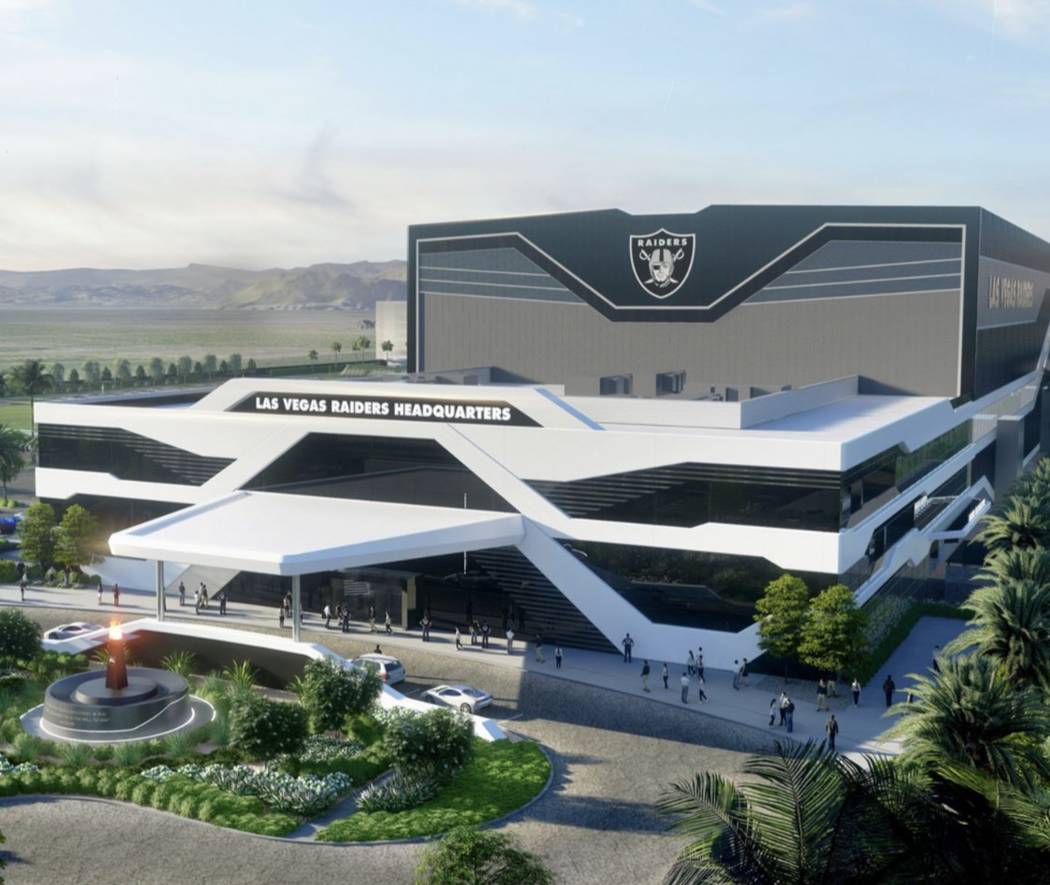 The Raiders plan to have a large signage presence at their Henderson headquarters and practice facility, including an Al Davis memorial torch.

The Raiders’ plan calls for a total of 35,028 square feet of signage, including illuminated video boards and a pair of scoreboards, according to documents included for a Henderson staff review meeting this week.

The plan includes a total of 146 signs both indoors and outdoors.

“The signage is requested to help build additional excitement to the team and to showcase their new home,” David Brown, of Brown, Brown and Premsrirut law firm, said in a letter included in the documents sent to the city.

“The primary reasons is the nature of the facility,” Brown wrote. “The facility will be used for events of all types as well as housing a large retail shop.”

City building codes currently allow for a total of 11,583 square feet of signage for a building the size of the Raiders headquarters and practice facility, which encompasses 29 acres of the almost 56 acre site located near the Henderson Executive Airport.

The structure will also feature the name of a sponsor for the performance center, which has yet to be announced.

The Al Davis memorial torch will sit in the porte cochere of the building, standing 15 feet tall, with the structure’s circular base spanning 27 feet. The base of the torch will have a famous Davis quote inscribed: “The fire that burns brightest in the Raider organization is the will to win.”

Looking to strengthen the Raiders’ case for the additional square footage requested, Brown’s letter mentions the benefits the building will create for the area, including worldwide exposure via various media outlets.

“This project will be a huge boost to the area,” Brown’s letter reads. “It can be argued that the tenant, the Las Vegas Raiders, is the most anticipated new tenant in the history of Nevada. The Raiders are one of the most recognized teams in professional sports and their election to make Henderson the home for their headquarters will have a tremendous impact.”