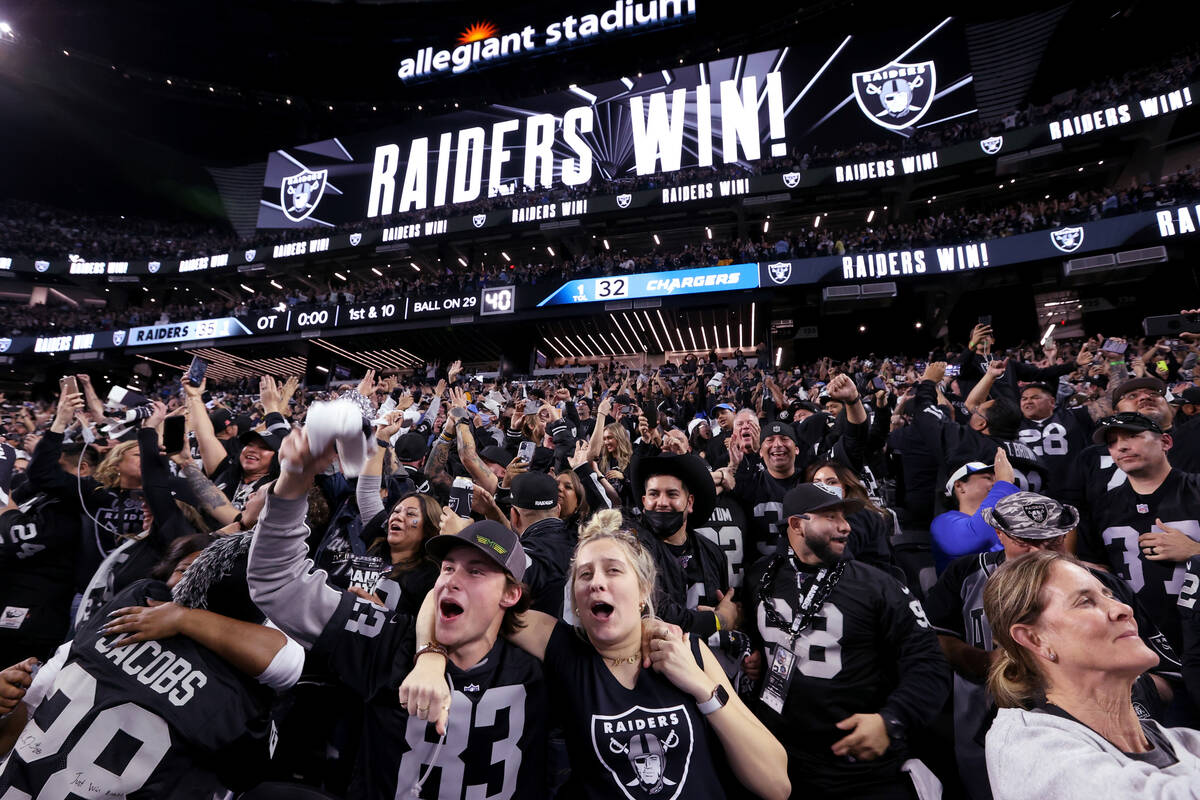 Following the 2022 NFL schedule release last week, fans flocked to the secondary ticket market to get an early jump on nabbing a seat to their preferred contest.

Of those, the Raiders were the most in demand ticket early on in the secondary ticket market, ticketing technology company Logitix announced Friday.

The Raiders also have multiple entries among the top 10 selling games of the season so far.