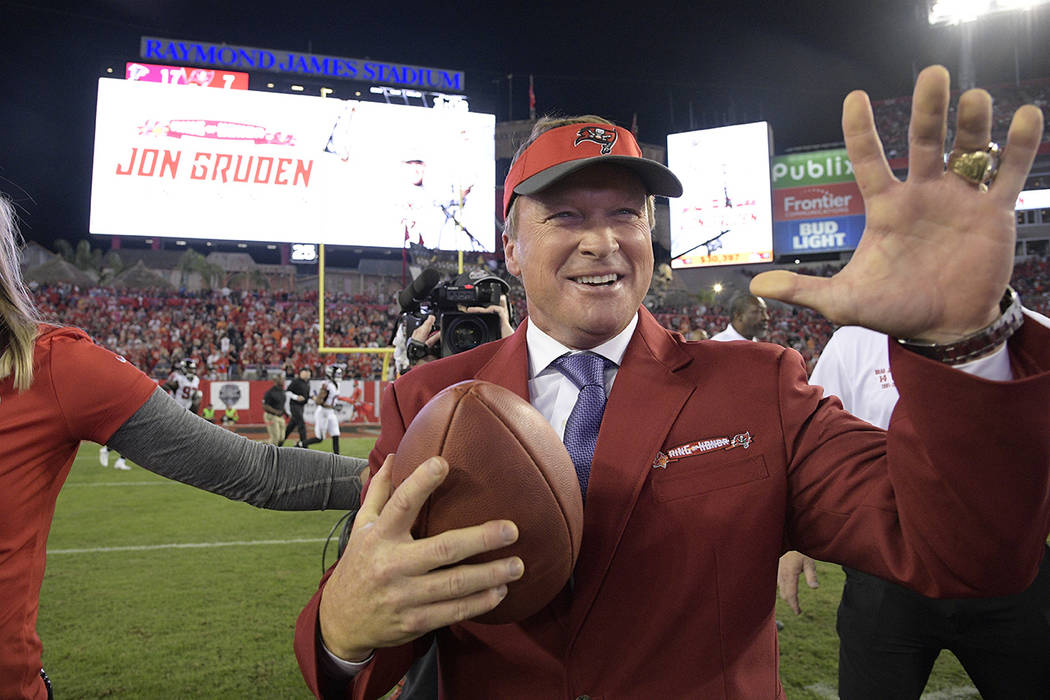 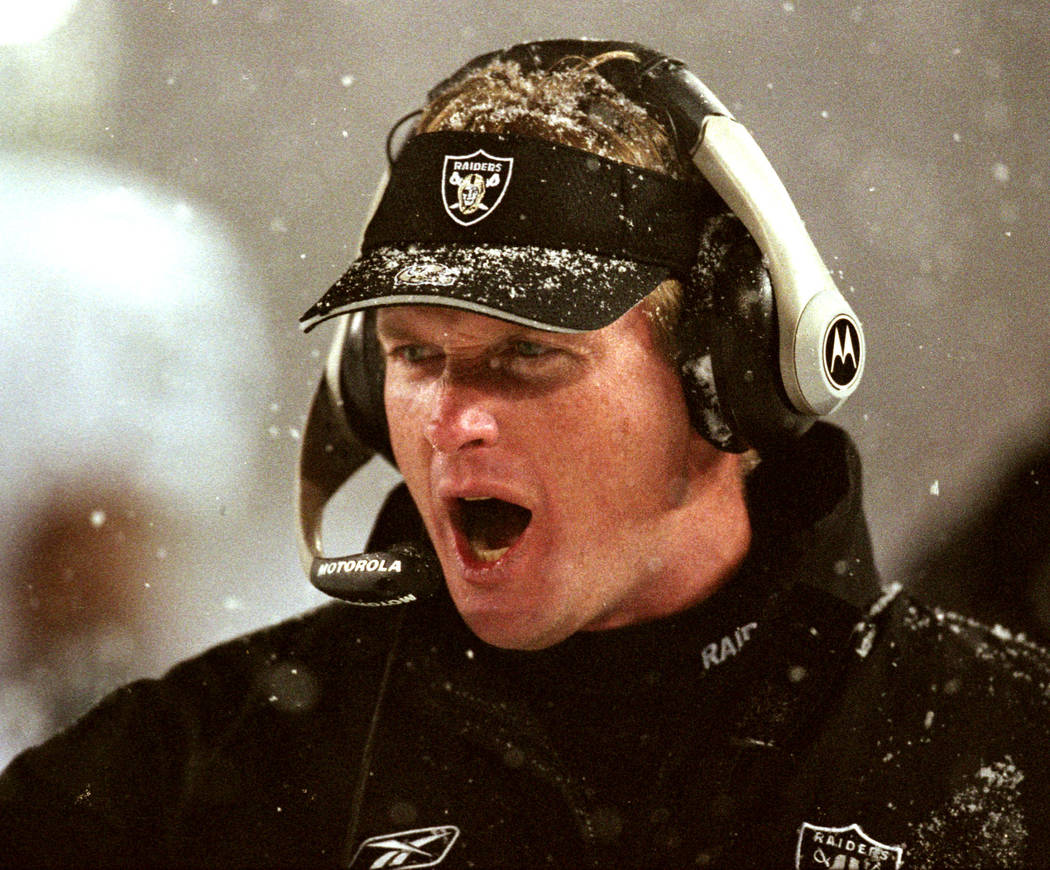 ALAMEDA, Calif. — If NFL coaching is a blade, Jon Gruden has stayed sharp during a prolonged stint as an ESPN broadcaster. His experience includes a popular eight-year installment called “Gruden’s QB Camp,” a series in which he sits individually with draft-eligible quarterbacks and peppers them with a mixture of compliments and questions.

Gruden sat across from a quarterback who starred at Fresno State. The prospect was following the footsteps of an older brother who played quarterback in the NFL. Gruden, though, identified key differences between the two. Different schemes. Different traits. Different eras. He then shared his preference.

Four years later, Carr and Gruden appear poised to have that chance. Raiders owner Mark Davis dismissed Jack Del Rio from his duties as coach Sunday following the conclusion of a 6-10 campaign with a 30-10 loss to the Los Angeles Chargers. Gruden is expected to be introduced as his successor as early as next week.

Many Raiders players are more familiar with the former. Gruden, after all, has not coached since 2008 with the Tampa Bay Buccaneers. ESPN hired him months later in 2009. He since has commentated on “Monday Night Football” and will be in the booth again Saturday for a playoff game between the Tennessee Titans and Kansas City Chiefs at Arrowhead Stadium.

“I don’t know anything about him,” said defensive end James Cowser, who is 27. “I just know that he’s a good commentator, cool guy. All this stuff, I’m young in the league. I don’t know much. I haven’t been around like that, so right now, I’m just sitting back and trying to prove myself and do what I can to be better.”

Kicker Giorgio Tavecchio also was aware of the title. That’s about where his familiarity ended.

“Although I did run into him in the elevator at the (team) hotel in Philadelphia,” Tavecchio said, referring to a Christmas Day game against the Eagles that Gruden commentated. “So I hope I made a good first impression.”

He seemed more in tune with Gruden’s background.

Gruden coached the Raiders from 1998 to 2001 before they traded him to the Buccaneers for a package that included two first- and two second-round draft picks. In his first year in Florida, he led a defensively stout team that went 12-4 in the regular season and defeated the Raiders in the Super Bowl. At age 38, he was the youngest head coach in NFL history to win the championship.

Gruden carries an offensive background. A former college quarterback at Dayton, he was the Eagles’ offensive coordinator from 1996 to 1998.

“You know what he’s done in the past,” Bowman said. “You know that he understands the game of football, both sides. He’s studied the quarterback position inside and out. He’s a guy that is a well-known critic in this game and coach as well. I look forward to seeing what happens.”

The situation should remain in a holding pattern for at least a few days.

Aside from Gruden’s broadcast assignment Saturday and contract discussions, the Raiders must satisify the Rooney Rule before hiring him. It requires NFL teams to interview at least one minority candidate prior to filling such a position. The team’s current assistants have been instructed to continue working while exploring potential opportunities elsewhere.