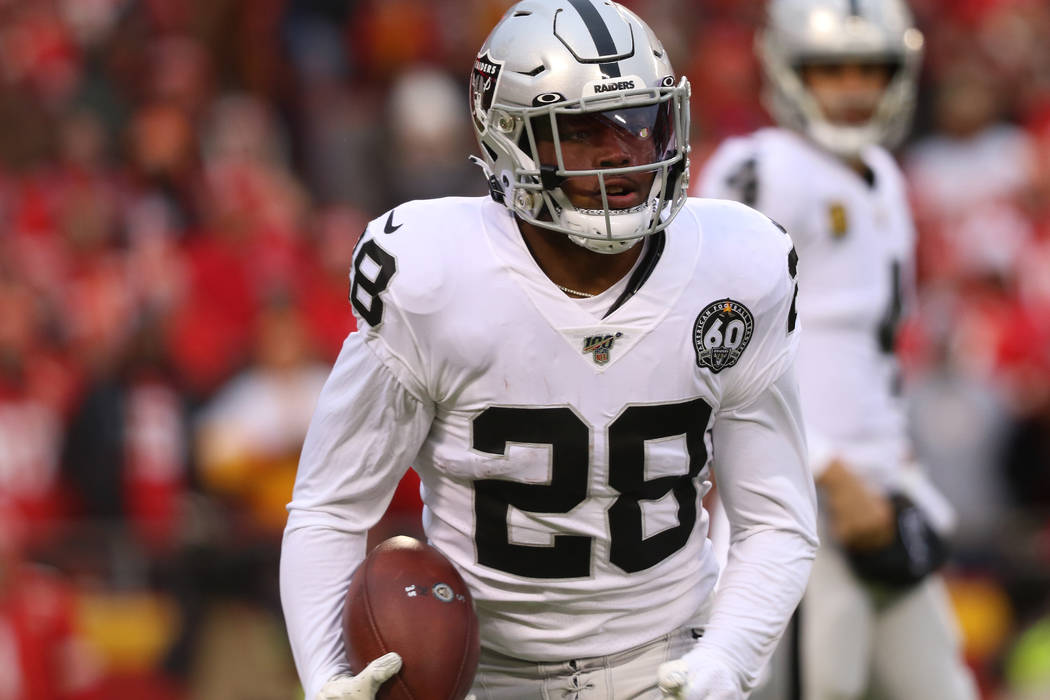 Oakland Raiders running back Josh Jacobs (28) holds on to the football after a run during the first half of an NFL game against the Kansas City Chiefs at Arrowhead Stadium in Kansas City, Mo., Sunday, Dec. 1, 2019. (Heidi Fang /Las Vegas Review-Journal) @HeidiFang 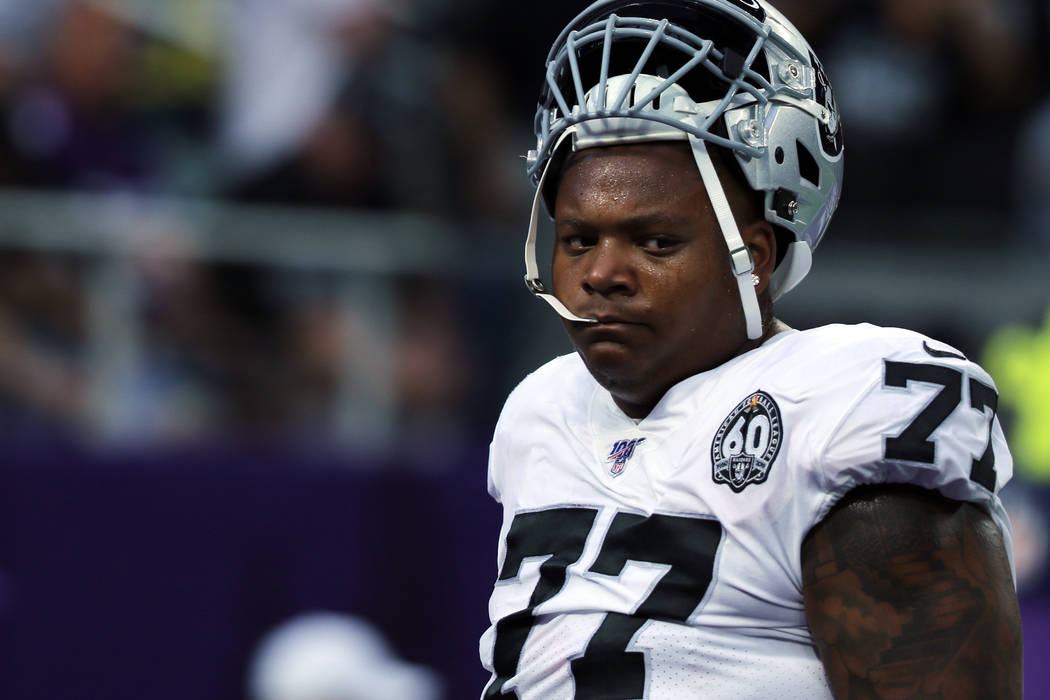 ALAMEDA, Calif. — Raiders head coach Jon Gruden said Monday that running back Josh Jacobs and right tackle Trent Brown have not been shut down for the season. Both could play if they’re medically cleared.

Gruden said there was no firm update on Brown and Jacobs, who each missed Sunday’s 42-21 loss to the Titans due to injury. Brown, who has been dealing with various injuries throughout the year, was ruled out with a pectoral injury on Friday. After little work in practice all week, Jacobs, who has been playing with an injured shoulder, was deactivated on Sunday morning.

Gruden also said he doesn’t think Hunter Renfrow — who has missed the last two games with a rib injury — will be able to play in Week 15 against Jacksonville.

Gruden noted following the game how much Jacobs wanted to play and reiterated that during his Monday press conference.

“He’s the real deal is what it says. He’s all you could ask for,” Gruden said. “He sat in my coach’s office. He wanted to play. And he got really emotional about not playing. He doesn’t want to let his teammates down.”

“I don’t know where he’s going to be this week. But if he’s ready to go and he’s cleared to play, he’ll play.”

Jacobs initially injured his shoulder on the first play of the Raiders’ loss to the Packers in Week 7. He posted on social media last week that his shoulder has been “broken” since that time. He’s nevertheless taken 130 carries for 631 yards and three touchdowns since the start of the Green Bay game.