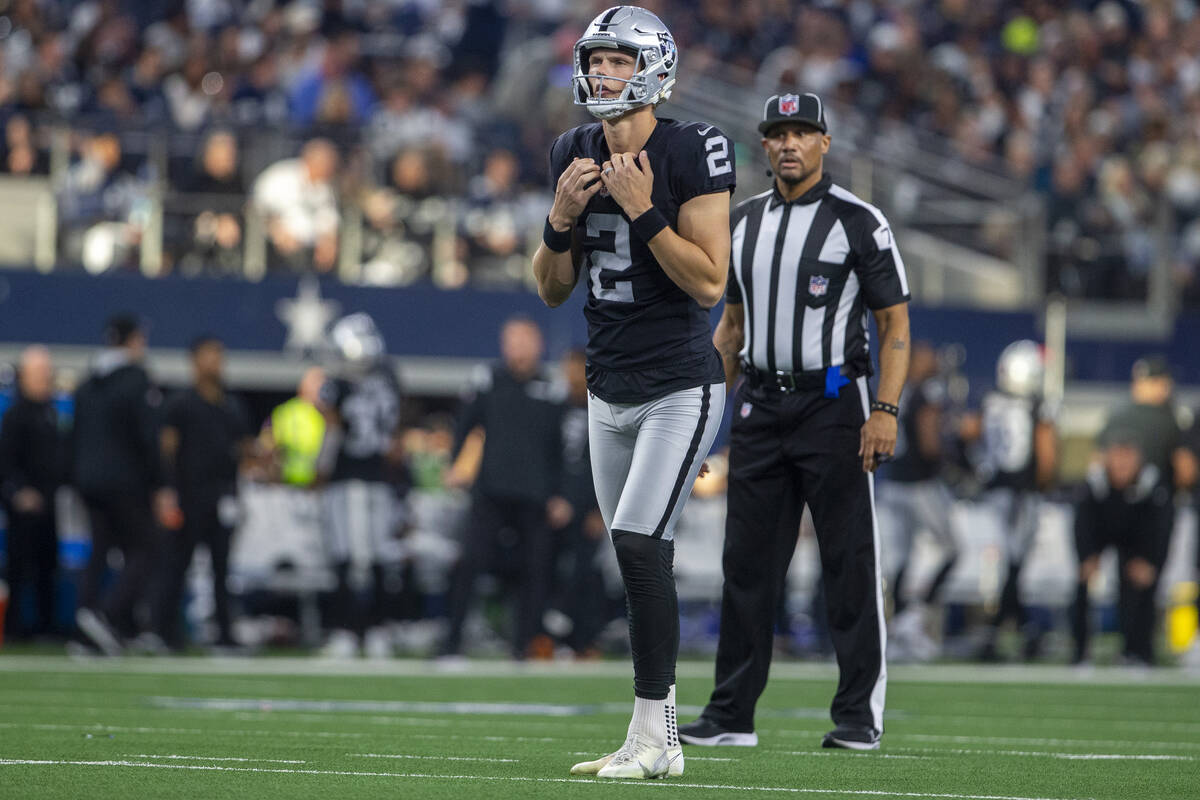 Raiders kicker Daniel Carlson has been named the AFC Special Teams Player of the Week for his efforts in a 36-33 overtime win over the Cowboys on Thanksgiving.

Carlson made all eight of his kicks, including five field goals, in the victory. He connected on a 56-yarder to give the Raiders a lead with 1:57 to play in regulation before booting one through from 29 yards out with 4:31 to play in overtime to end the game.

His heroics came just three days after missing practice due to illness.

“I was hitting them pretty well all game, really all week,” he said after the game. “I had a little food poisoning on Monday; aside from that, I was feeling pretty good. Just hitting the ball in pregame, I felt pretty confident. One kick at a time. Wherever the team is able to set me up, I have to go out there and do my job. The whole unit, all day, did a good job. They helped me out.”

The fourth-year pro out of Auburn finished with a season-high 18 points in the game.

Carlson also won the award in Week 2 and had earned the honor twice before this season, making him just the second player in franchise history to do so at least four times. Sebastian Janikowski captured the award on seven occasions.

Cincinnati running back Joe Mixon was the winner on offense and Denver cornerback Pat Surtain earned the nod on defense.