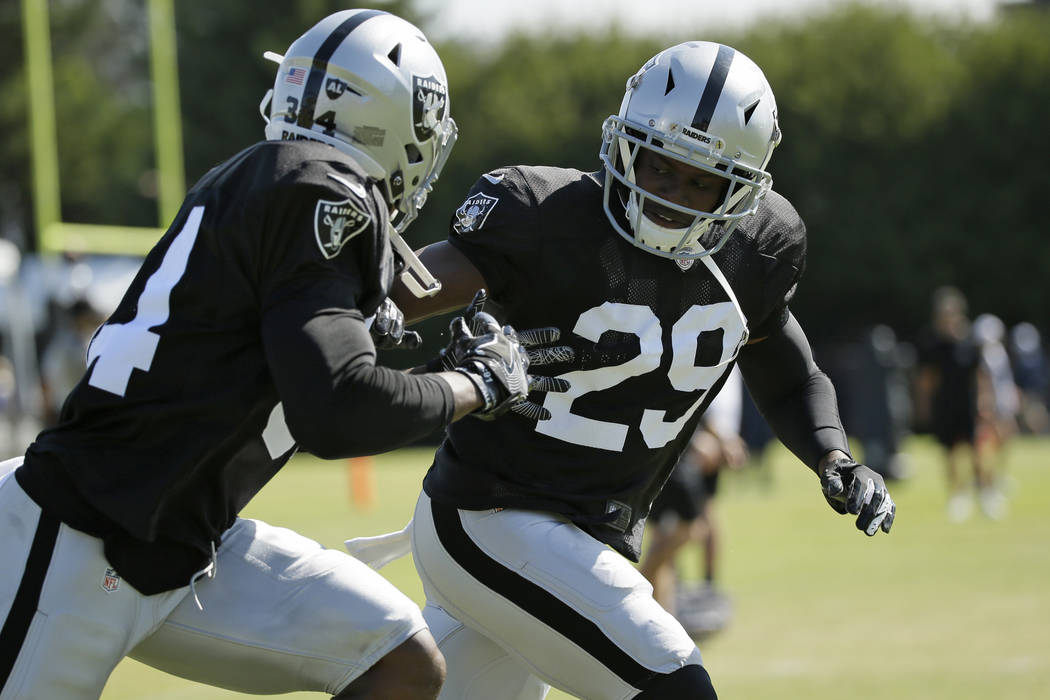 Williams was Joyner’s first NFL defensive coordinator with the Rams from 2014 to 2016. Under Williams’ tutelage, Joyner recorded 13 passes defensed, nine tackles for loss and four quarterback sacks in those three seasons.

Joyner smiled when asked about Williams on Friday, saying he’s “absolutely” looking forward to seeing him on Sunday.

“Coach Williams is a great man,” Joyner said. “I was raised by him in this league. He drafted me, he put his stamp on me. And some of the things that he taught me I still walk around with in my heart to this day to be a real pro.”

In his first season with the Raiders after five years with the Rams between St. Louis and Los Angeles, Joyner has recorded 40 total tackles, two passes defensed and three tackles for loss in 2019.