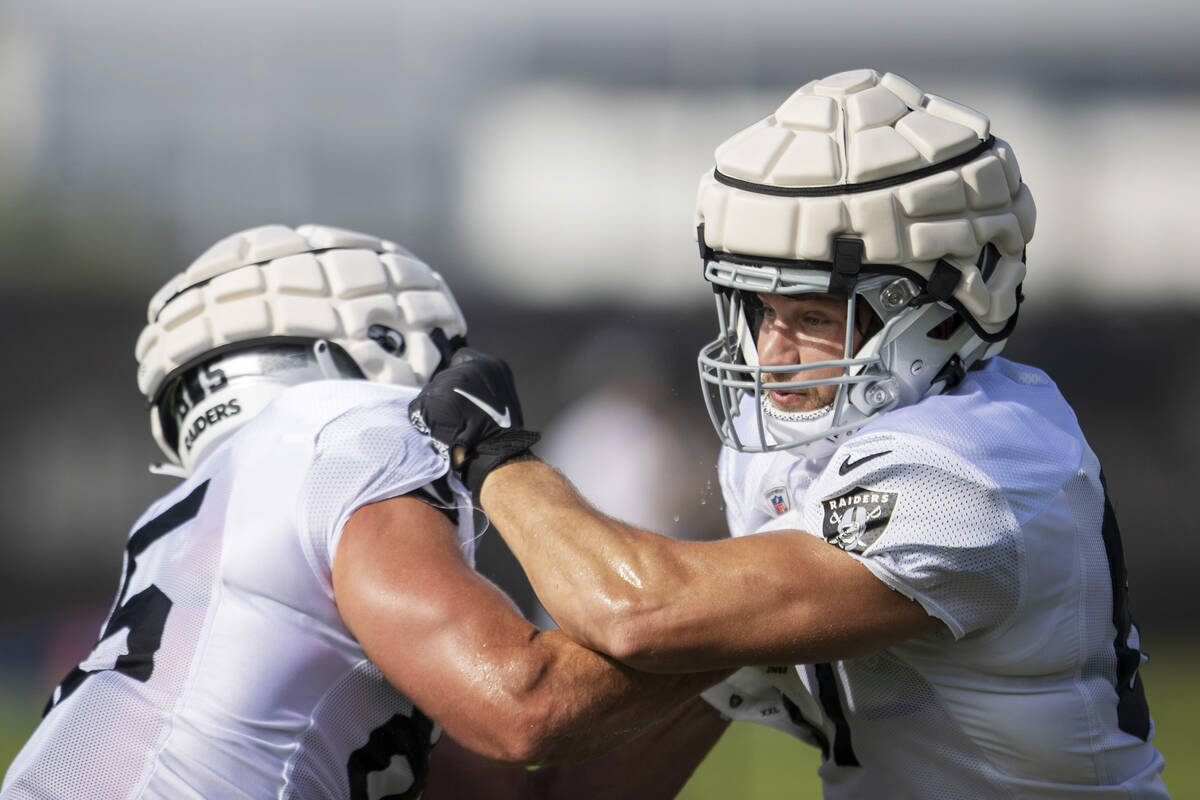 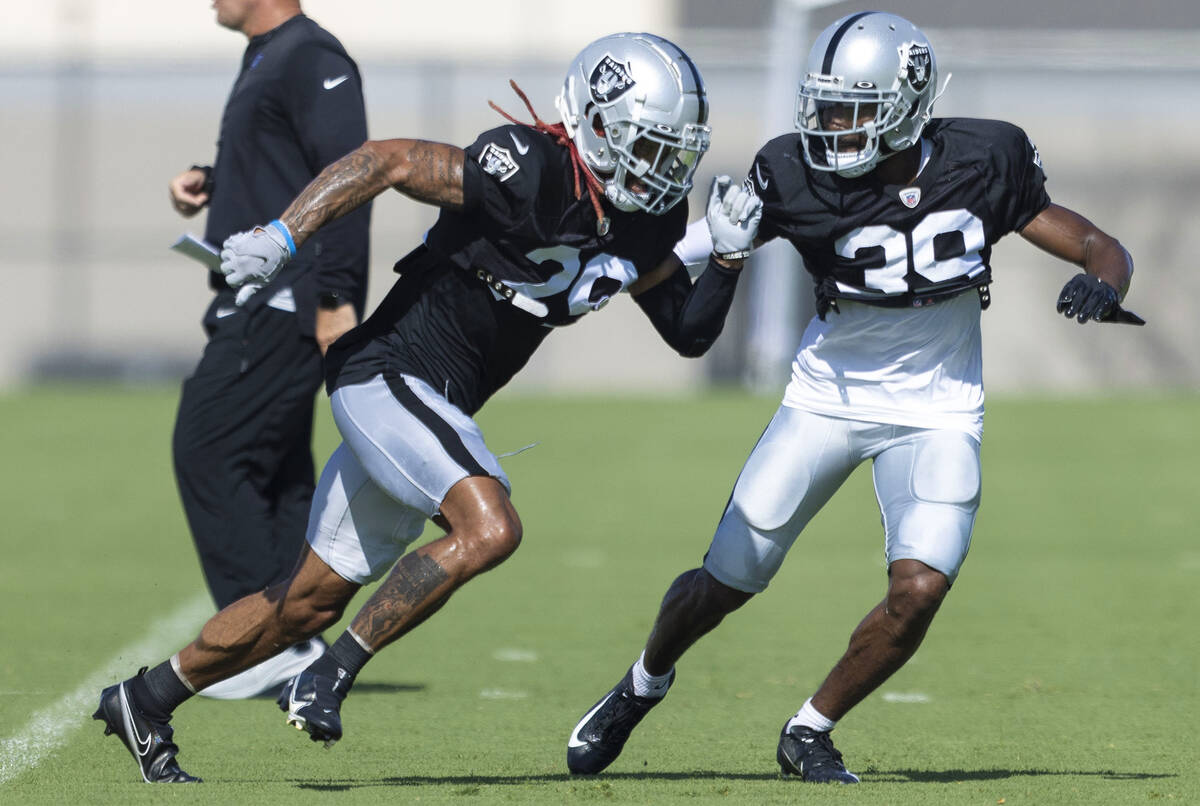 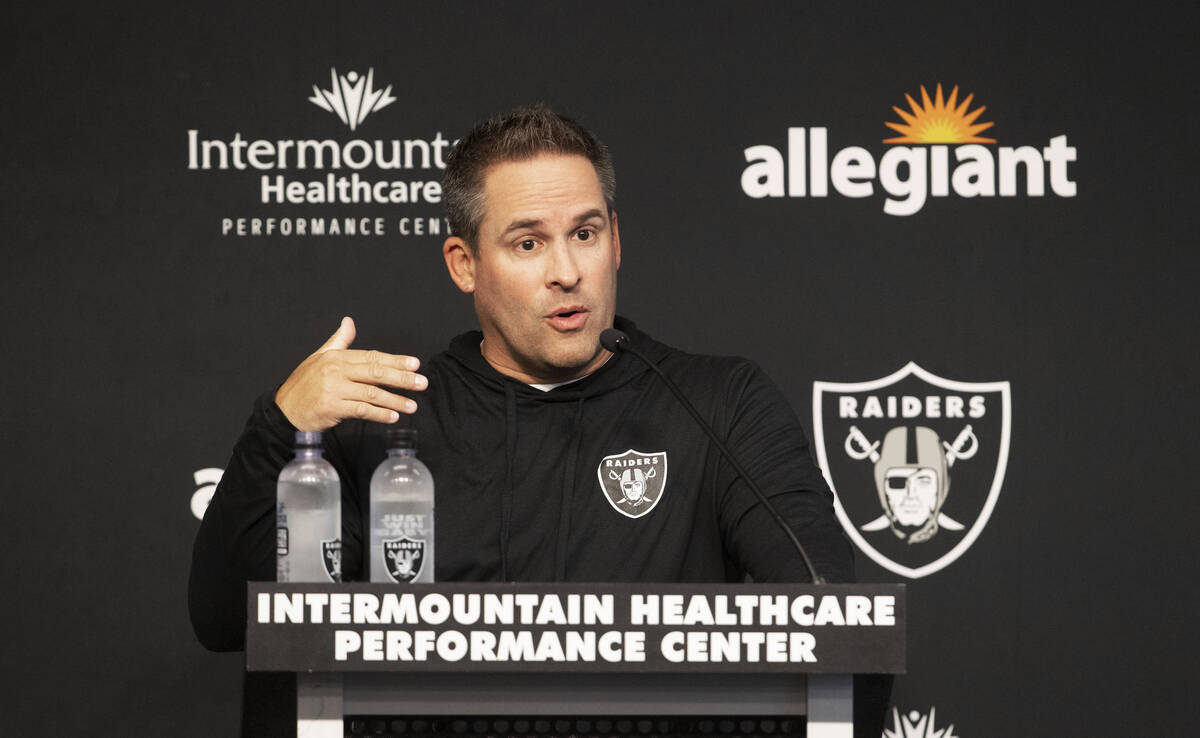 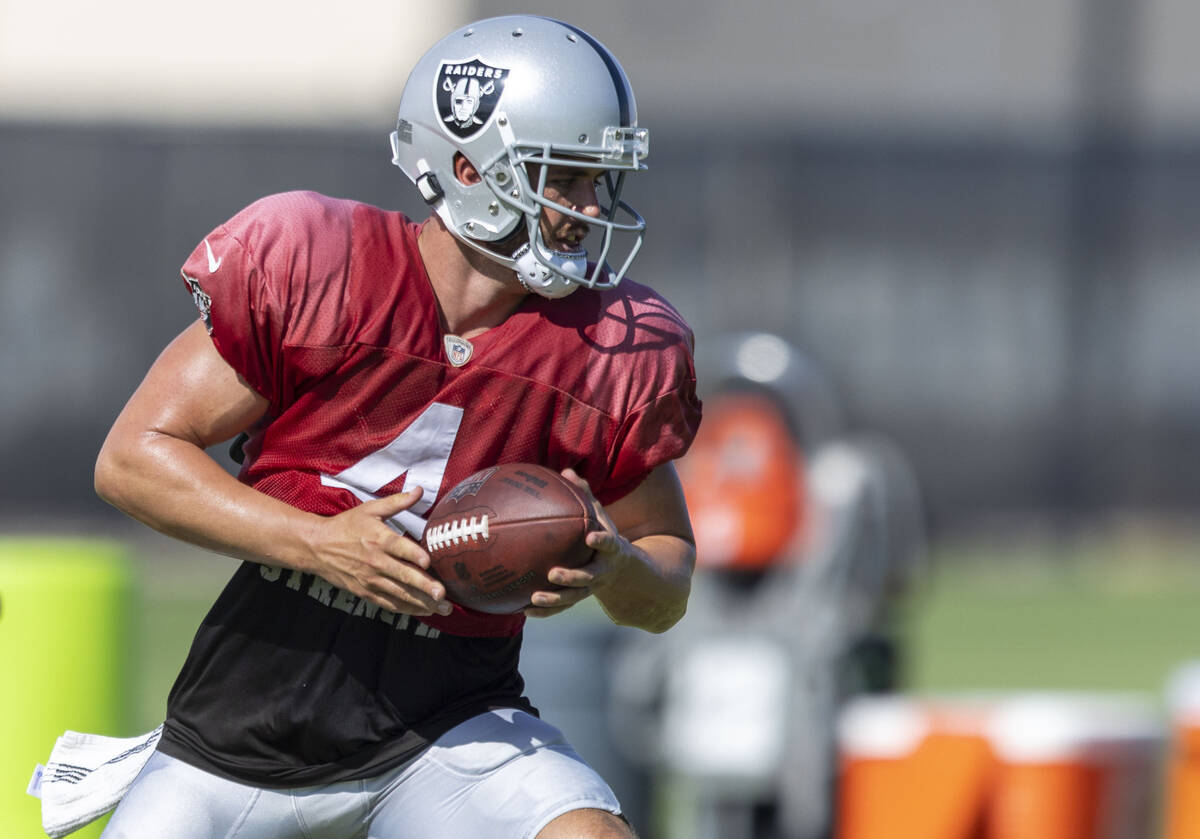 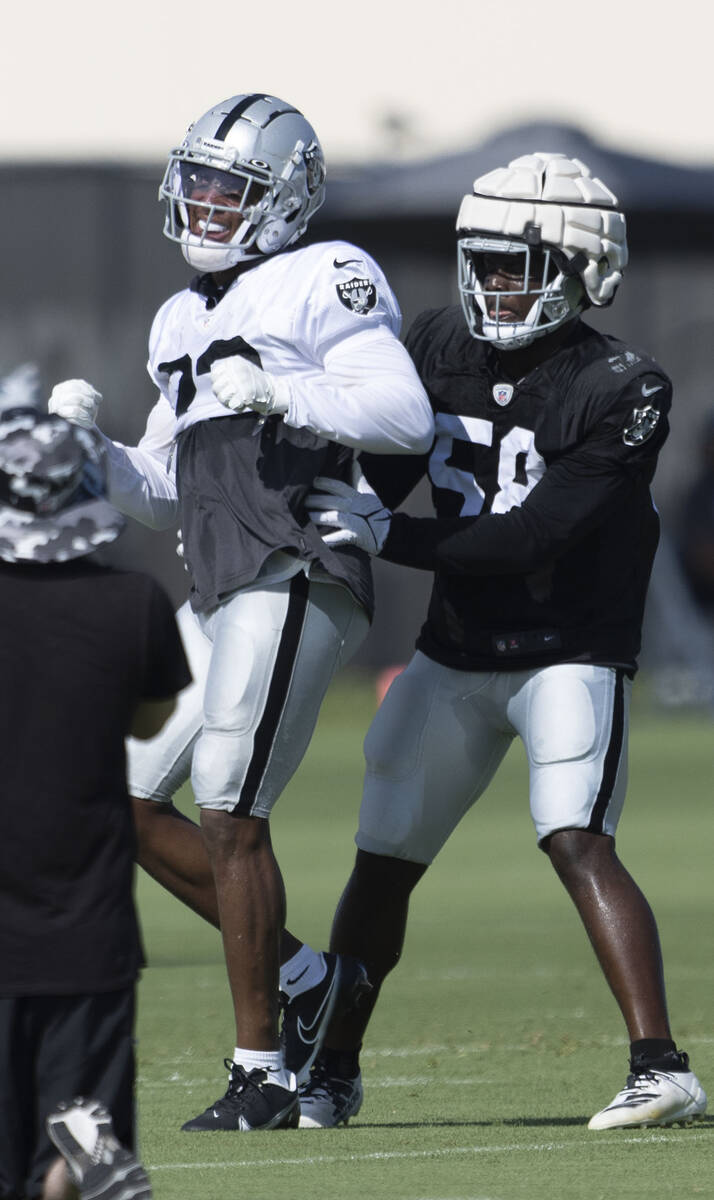 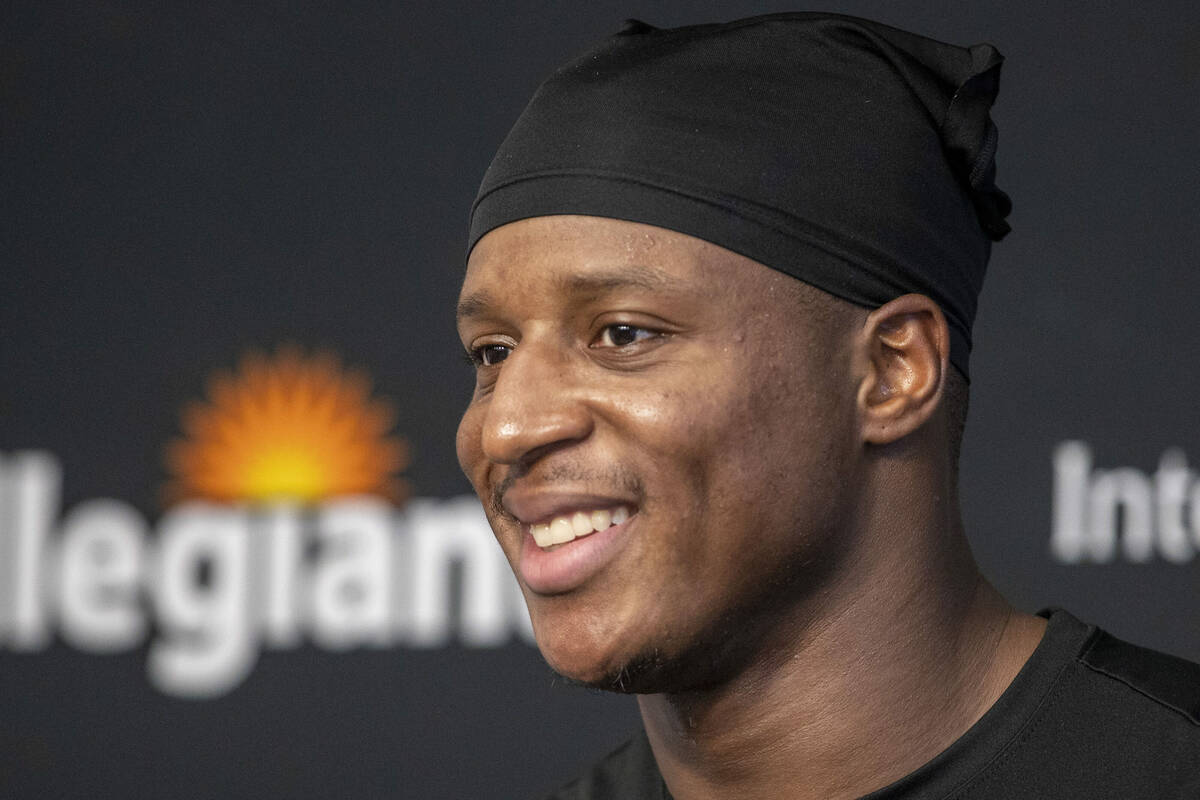 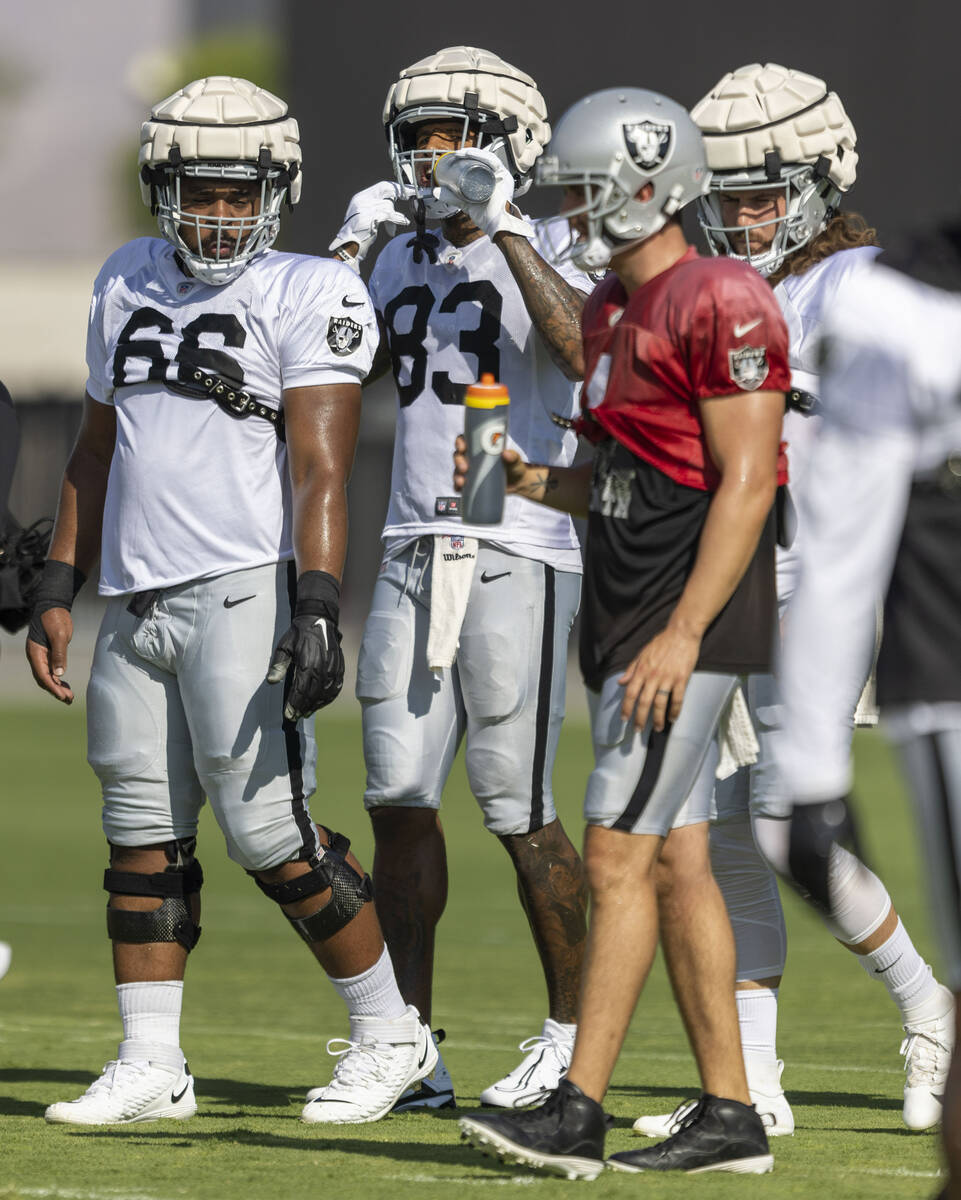 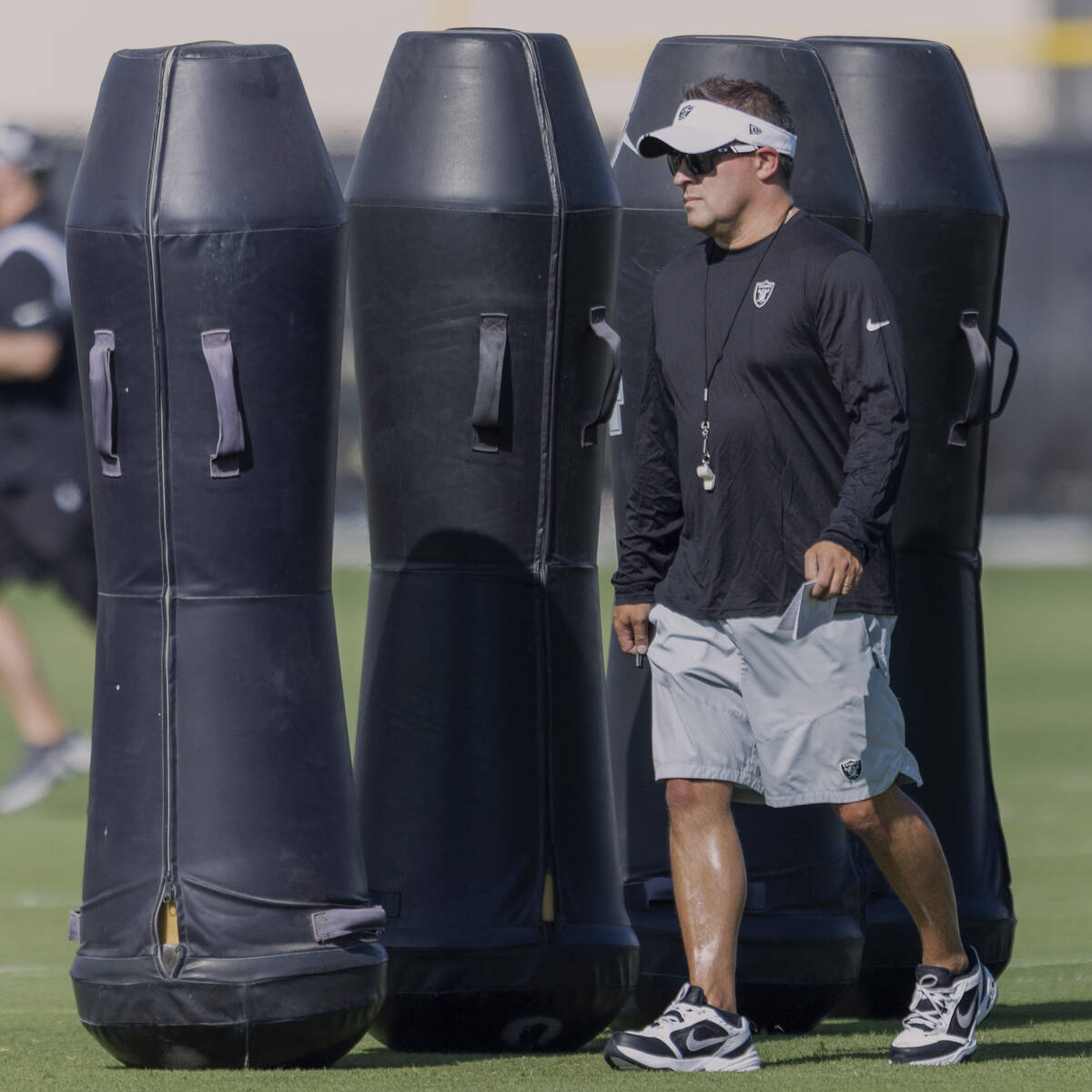 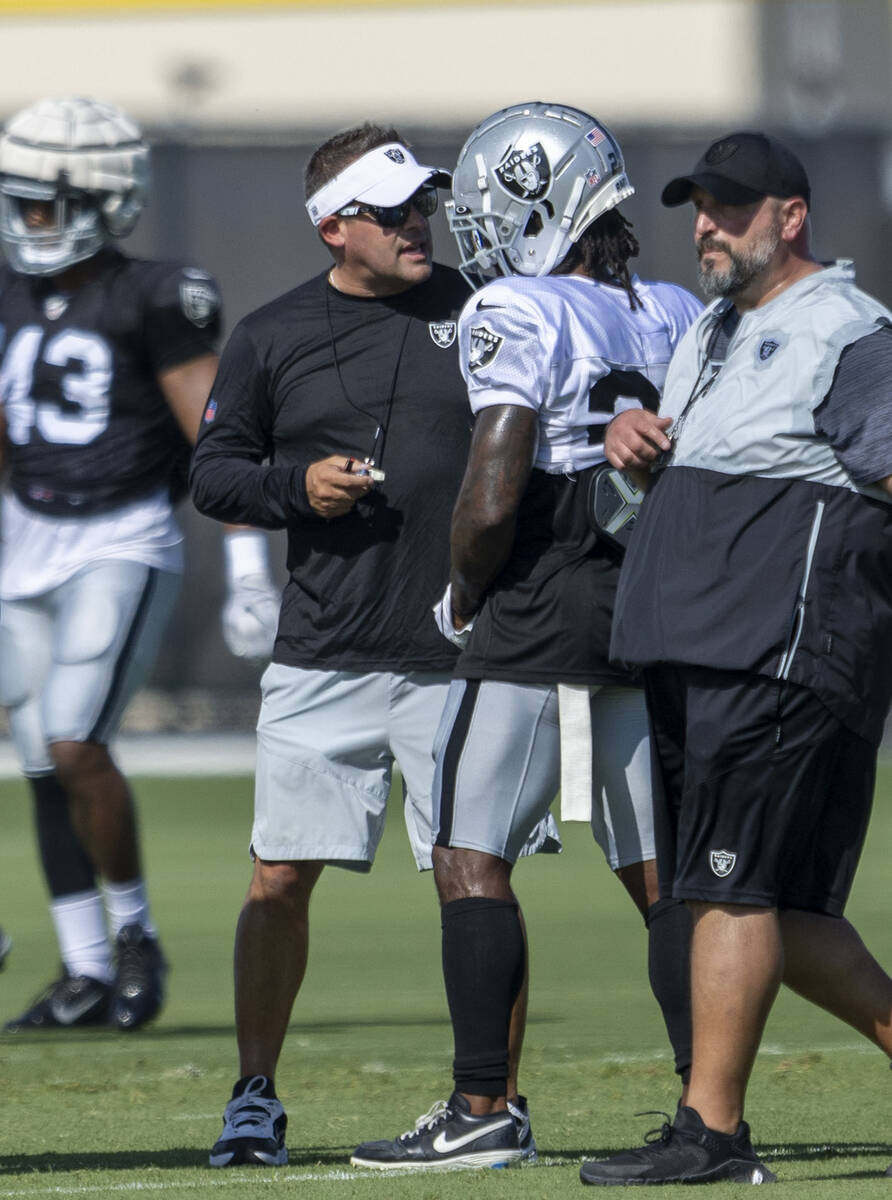 As soon as Raiders right guard Lester Cotton lurched forward before the ball was snapped during an offensive drill on Wednesday, he knew the consequences. So he took off on the long, lonely run around the Raiders’ practice field.

A day later, running back Kenyan Drake dropped a catchable pass and immediately fell to the ground and pumped out 10 push-ups. He also ran a lap and did 50 more push-ups for two other mistakes.

It’s been a common theme throughout training camp. Unforced errors come with repercussions. At any given time, you might see anyone from starting quarterback Derek Carr to reserve offensive lineman Jermaine Eluemunor taking a lap around the field or dipping to the ground to do push-ups.

By the time Cotton returned to the offensive group, he was met by Raiders coach Josh McDaniels.

“I’m tired, boss,” Cotton told McDaniels before jumping right back into the Raiders’ huddle for another practice rep.

Immediately after, Cotton approached McDaniels and said: “I don’t want to run any more laps.”

Therein lies the point McDaniels is trying to make by mandating real-time punishment for controllable errors like jumping offsides or dropping easy passes or shoddy center-quarterback exchanges that result in fumbles.

The punishment today is a long lap. On a scorching hot morning in Las Vegas, no less.

Or, as rookie lineman Dylan Parham said: “Don’t nobody want to run.”

Come September, though, the penalty might be far worse.

“A lot of games in this league are lost with mistakes and errors,” said McDaniels.

If there is one core message McDaniels is trying to instill with the Raiders, it’s that winning games in the NFL is hard enough, let alone trying to do so when you are continually shooting yourself in the foot.

The way McDaniels sees it, the fine line between winning and losing is almost two sides of the same coin. That means figuring out one also means conquering the other.

“You can’t win until you learn how to not lose,” McDaniels said. “At the end of the day, that’s it. If we fumble the ball on the ground, we’re gonna lose. So we can’t win. To me, you don’t do one without the other.”

It’s a fine line the Raiders have not always done a good job adhering to over the years. They are annually one of the most penalized teams in the NFL, such as last year when they committed the second-most infractions in the league. That included 44 pre-snap penalties, including 14 false start infractions by offensive linemen Alex Leatherwood, Brandon Parker and John Simpson.

“And that’s despite making the playoff,” said Drake. “So if we eliminate the turnovers and eliminate the penalties, the sky is the limit for us.”

Hence the manner in which McDaniels has stressed mitigating the unforced errors as much as possible by dealing with them right now.

“Getting them to understand that, if we commit a bunch of penalties, if we turn the ball over more than other teams do, we’re not going to win,” McDaniels said. “So we have to learn how to not put ourselves in those positions. Until any team learns how to do that, you’re just giving the other team too much of an advantage too often.”

The message is being heard.

“Accountability is something we harp on,” said Drake. “We want everybody to be accountable for their own actions.”