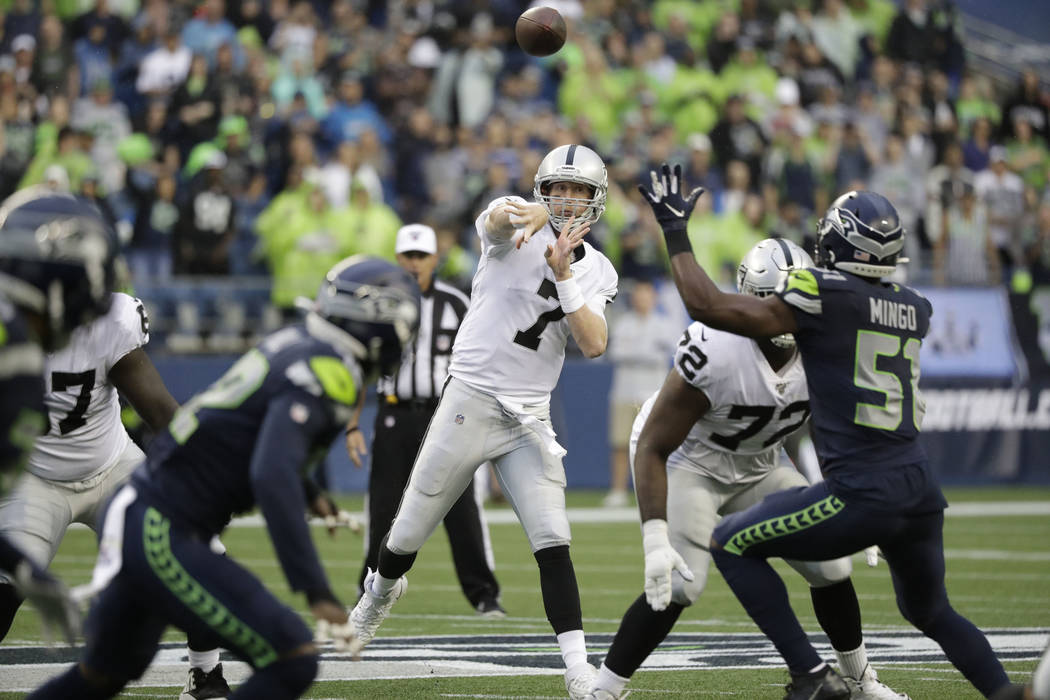 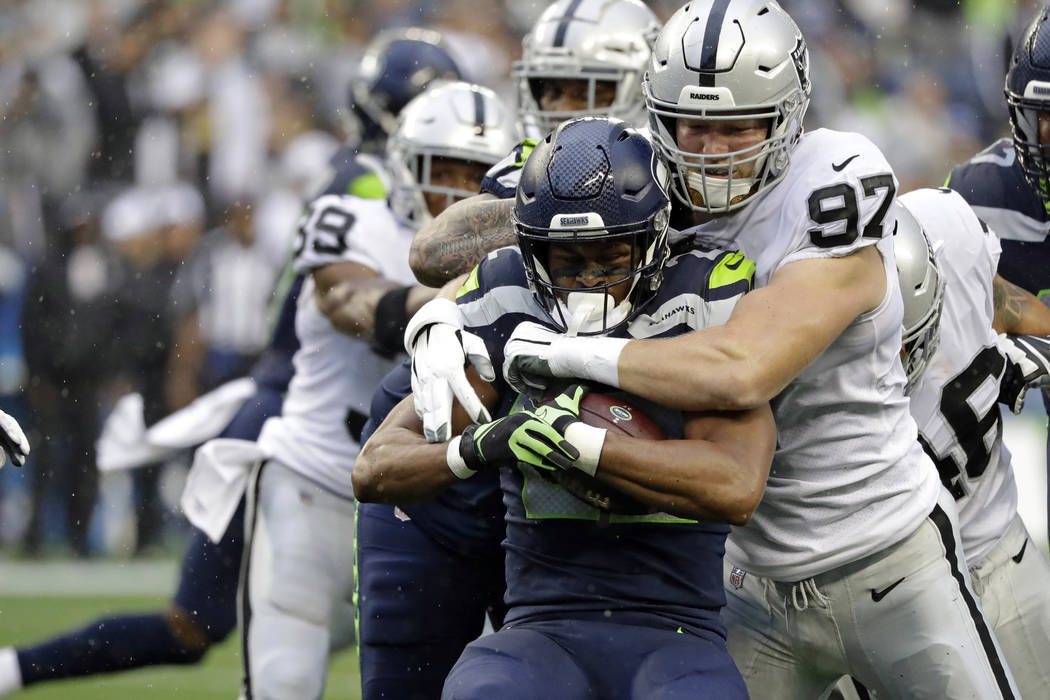 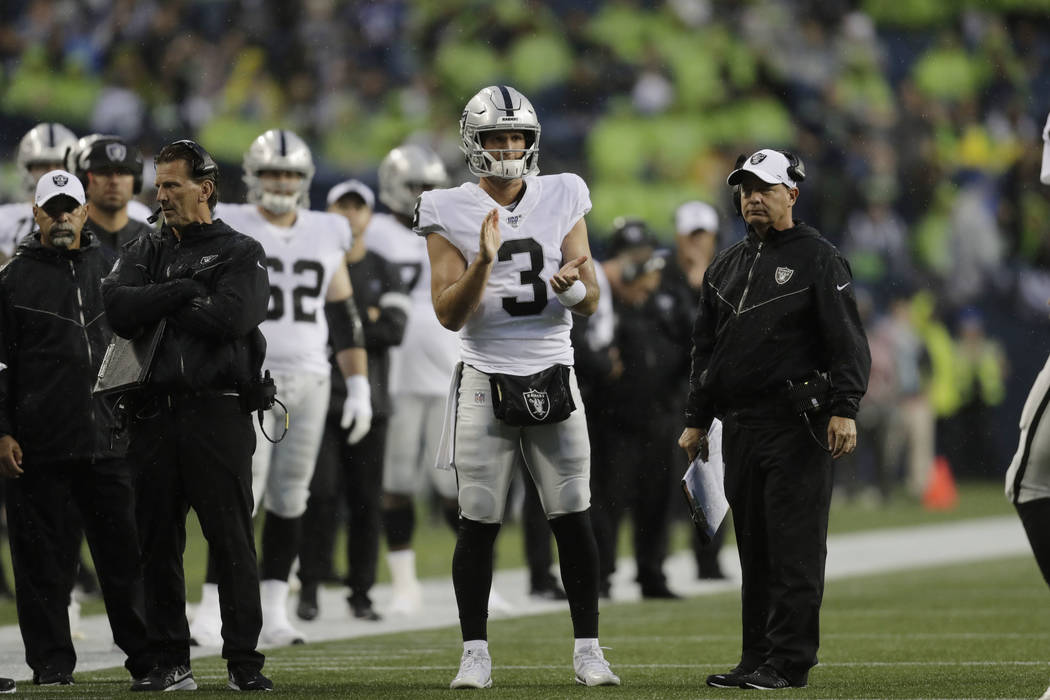 Oakland Raiders quarterback Nathan Peterman (3) stands with coaches during the first half of an NFL football preseason game against the Seattle Seahawks, Thursday, Aug. 29, 2019, in Seattle. (AP Photo/Stephen Brashear) 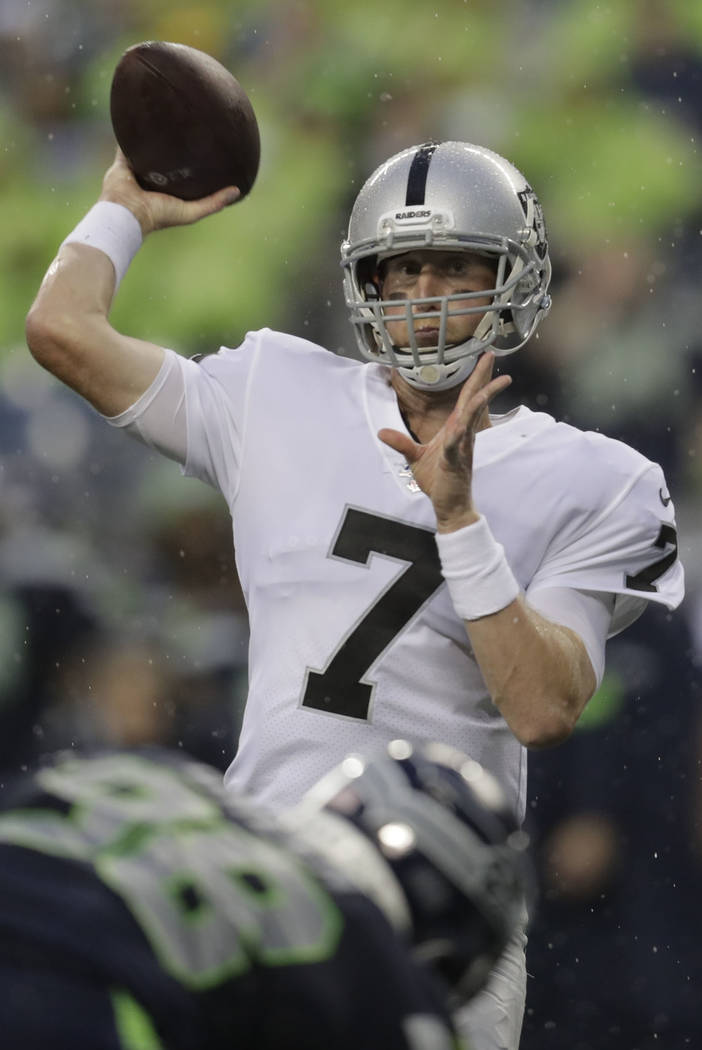 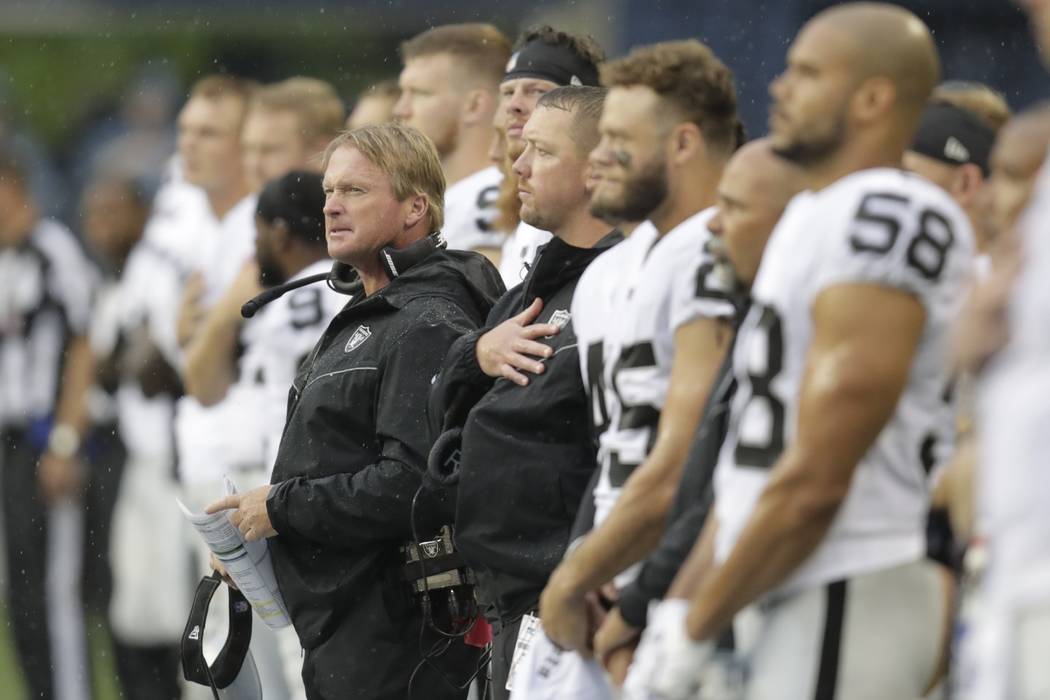 Oakland Raiders head coach Jon Gruden, center, stands with his players during the singing of the national anthem before an NFL football preseason game against the Seattle Seahawks, Thursday, Aug. 29, 2019, in Seattle. (AP Photo/Stephen Brashear)

SEATTLE — The Raiders left a substantial portion of their roster in Oakland for the team’s final preseason game against the Seattle Seahawks.

Veterans and rookies alike did not appear on the sideline on Thursday night, with right tackle Trent Brown and No. 4 overall pick Clelin Ferrell among the many players allowed to skip what turned into a rainy night in Seattle.

The final preseason game usually represents a chance for young players and those on the bubble to make a final push for a spot on the 53-man roster.

That was certainly the case for the Raiders on Thursday night, as they had only 46 players in pads for pregame warmups.

This is the second week in a row the Raiders have elected to leave a substantial number of players at home when traveling for a preseason game.

Coach Jon Gruden also didn’t bring many of the Raiders’ starters and key role players to Winnipeg, Manitoba, for the third exhibition matchup against the Green Bay Packers.

Mike Glennon started at quarterback for the Raiders, who dressed only Glennon and fellow reserve quarterback Nathan Peterman. Glennon played the first quarter, completing nine of his 13 passes for 78 yards before Peterman came on in the second period.

Marshall, Liuget do not dress

One notable player who did not dress for the Raiders on Thursday night was linebacker Brandon Marshall.

He was the only expected starter on defense to play in last week’s game against the Packers, with Gruden noting Marshall was still working his way back into game shape after a knee injury.

By not dressing in Thursday’s game, Marshall might have already put himself in strong position to secure a spot on the 53-man roster.

Newly signed defensive tackle Corey Liuget also did not dress for the game.

This was, in many ways, an expected move given that Liuget just arrived with the team a few days ago.

But Liuget admitted he will need a couple of games to work himself into proper shape for the entirety of the season.

While much of the day was clear and bright, the rain started coming down in Seattle a little more than an hour before kickoff and continued throughout the contest, making the conditions tougher for both teams.

The fourth preseason game is traditionally notoriously filled with sloppy play, and the conditions certainly didn’t help matters for either team. Seattle running back C.J. Prosise slipped on the turf during his team’s first offensive possession, before getting up and rushing for a few more yards.

And Raiders kick returner De’Mornay Pierson-El bobbled the Seahawks’ first kickoff in the end zone before corralling the wet ball and taking a knee in the end zone for a touchback. 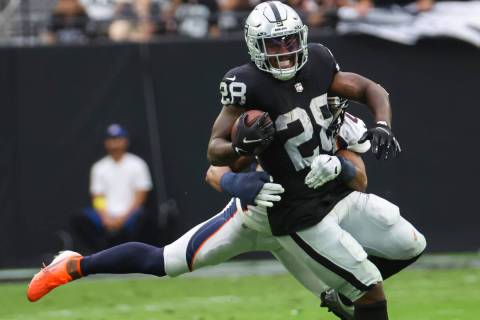 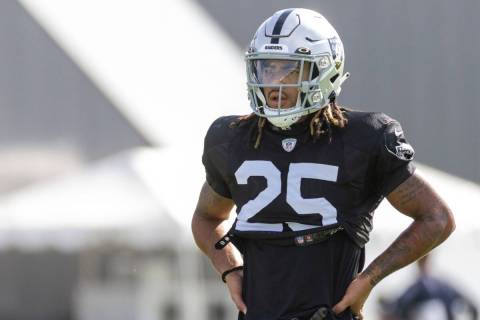 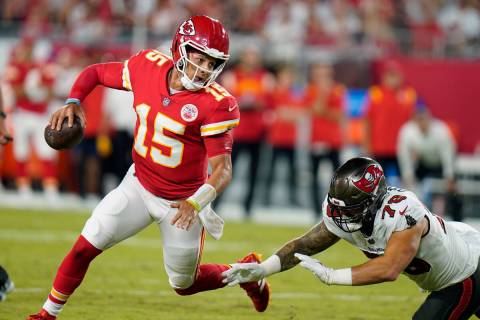 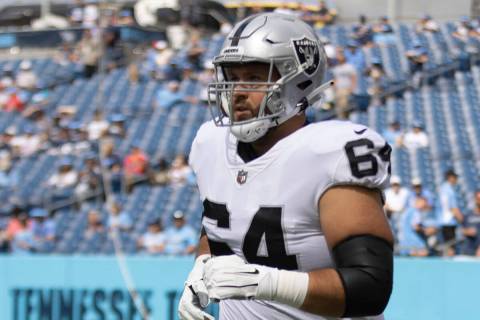 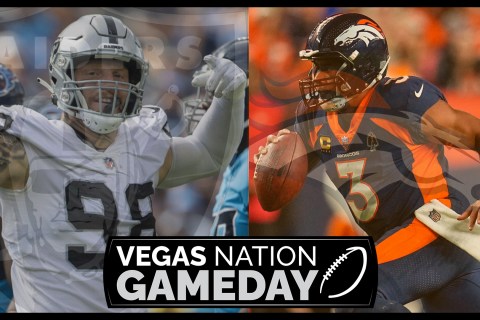