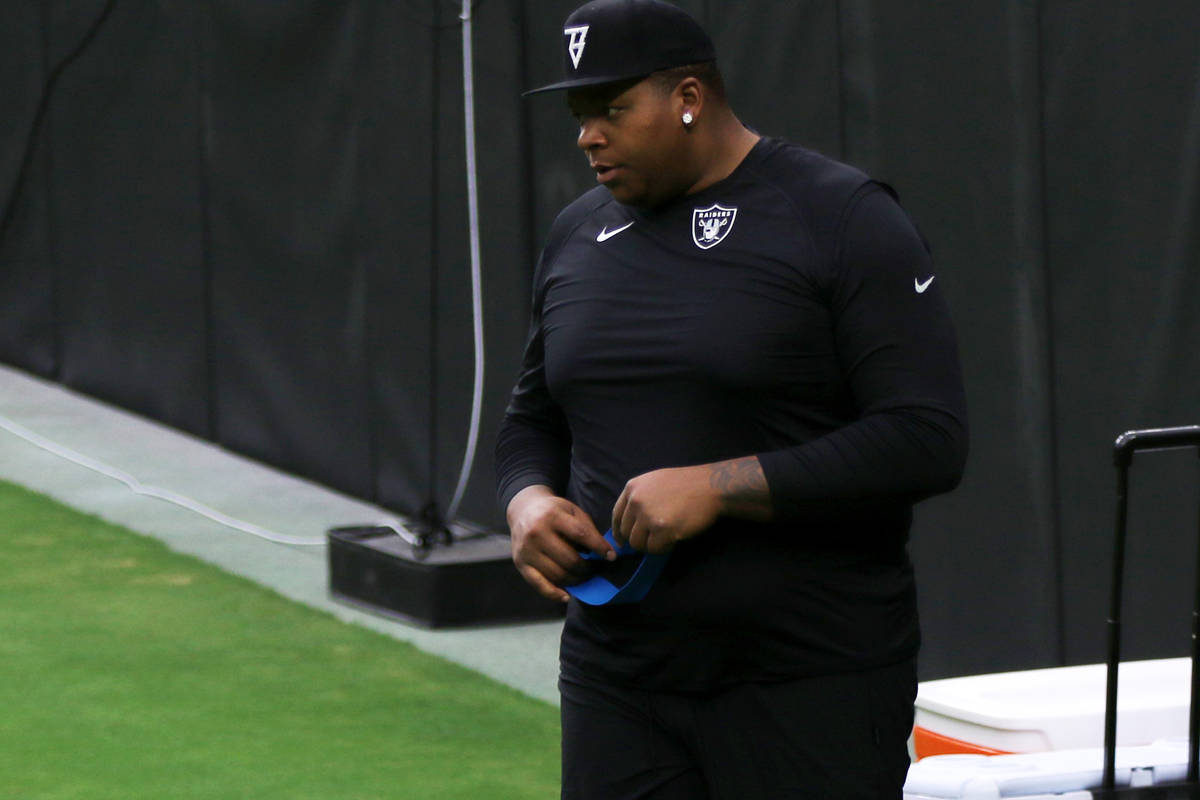 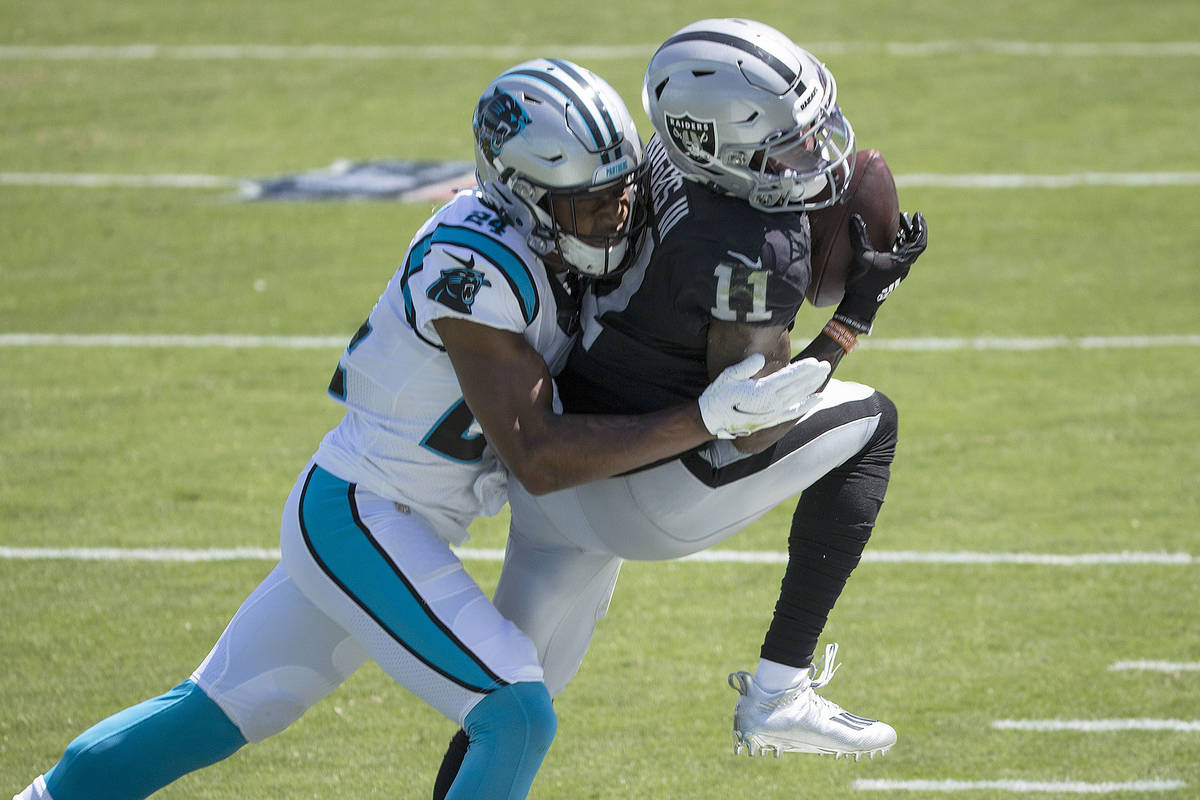 The Raiders won their season opener against the Carolina Panthers on Sunday in a victory that revealed some positive building blocks but also areas of concern.

Raider Nation has questions about the good and the bad, although the negative certainly raised the anxiety level based on the questions we received.

From JB Black heart (@Jubair22) What is really going on with Trent Brown? Lincoln Kennedy said on the radio that Brown doesn’t love football.

Vinny Bonsignore: I got a lot of questions about the Raiders’ right tackle, so I’ll try to cover all the concerns in this one answer.

If you saw Jon Gruden’s Monday news conference, and specifically his answer about his concern with Brown after he lasted just three plays Sunday, there is frustration building.

It’s safe to say there is concern about whether Brown, who has a calf injury, is doing everything he can to be available for all four quarters, whether it’s being diligent with the injury management program or fighting through whatever he is dealing with on game day.

As to whether the Raiders bring in someone for more coverage at that position, part of it depends on the severity of Sam Young’s groin issue and whether the Raiders put Brown on short-stint injured reserve. The IR approach could be worrisome, as you wonder how Brown will react without the motivation of preparing for a game each week.

Raider Mike (@RaiderMike135): Any talk of using Henry Ruggs on kick returns, or is it too much of an injury risk?

VB: Ruggs has so much on his plate as a starting wide receiver that it might be overload to add kick return responsibilities. Throw in the injury factor, and it might be best to hold off. By the way, Ruggs (knee) said he was fine physically after Sunday’s game.

David (@Drnesto93): What’s the plan if linebacker Nick Kwiatkoski (pectoral) misses extended time? Would a player such as Todd Davis make sense to bring in?

VB: Raekwon McMillan would get the first nod, and don’t forget veteran Kyle Emanuel is on the practice squad and eligible to return at any time. Longer range, rookie Tanner Muse can return from IR after two more weeks.

@_ItzELO: Is safety Erik Harris going to be a liability?

VB: Harris didn’t have a good game, but his 2019 season proved he can be a reliable player.

Andy Weil (@UCofFootball): Is Bryan Edwards ready to be part of the game plan?

VB: Edwards played 47 snaps Sunday, the highest among Raiders wide receivers, and graded out well as a blocker. He was targeted one time and made the catch for 9 yards. As far as his involvement in the game plan, I think he was front and center, but the ball went elsewhere. In Jon Gruden’s offense, though, that can change from game to game.

Objective Truth (@DAN4M_): Based on the Panthers game, who was the best free agent addition who showed he was worth the money.

VB: Nick Kwiatkoski was playing really well before the injury.

EvieAguilar (@Evie_22_): How do the Raiders improve their defense? The Saints will blow them out of the water if they don’t clean it up.

VB: Getting more pressure on the quarterback is a good place to start. One sack, five quarterback pressures and no quarterback hits won’t get it done. Get that squared away, and the whole dynamic changes,

itsrobert Flag of United States (@itsrobert): I haven’t seen much praise in the media for the kicker. I thought he was a significant part of the win.

VB: Daniel Carlson was a bright spot, and his 54-yard field goal was a major confidence booster.