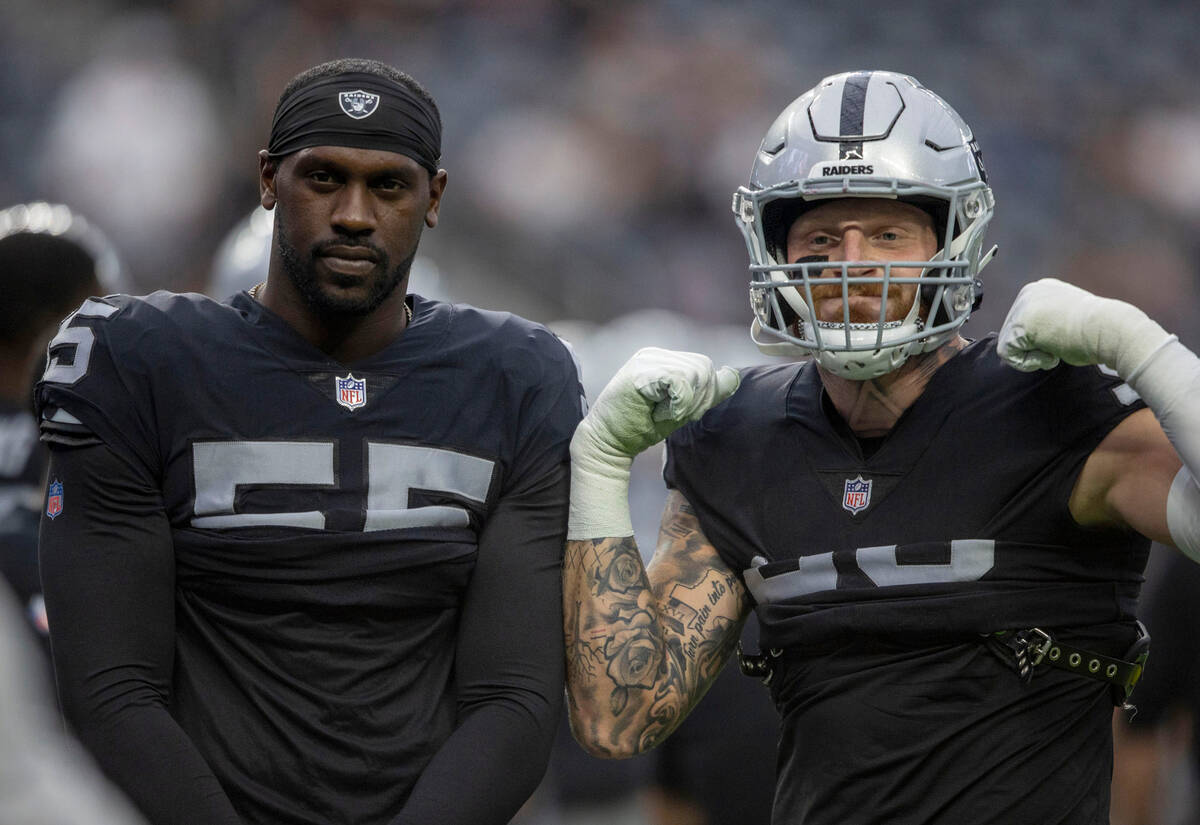 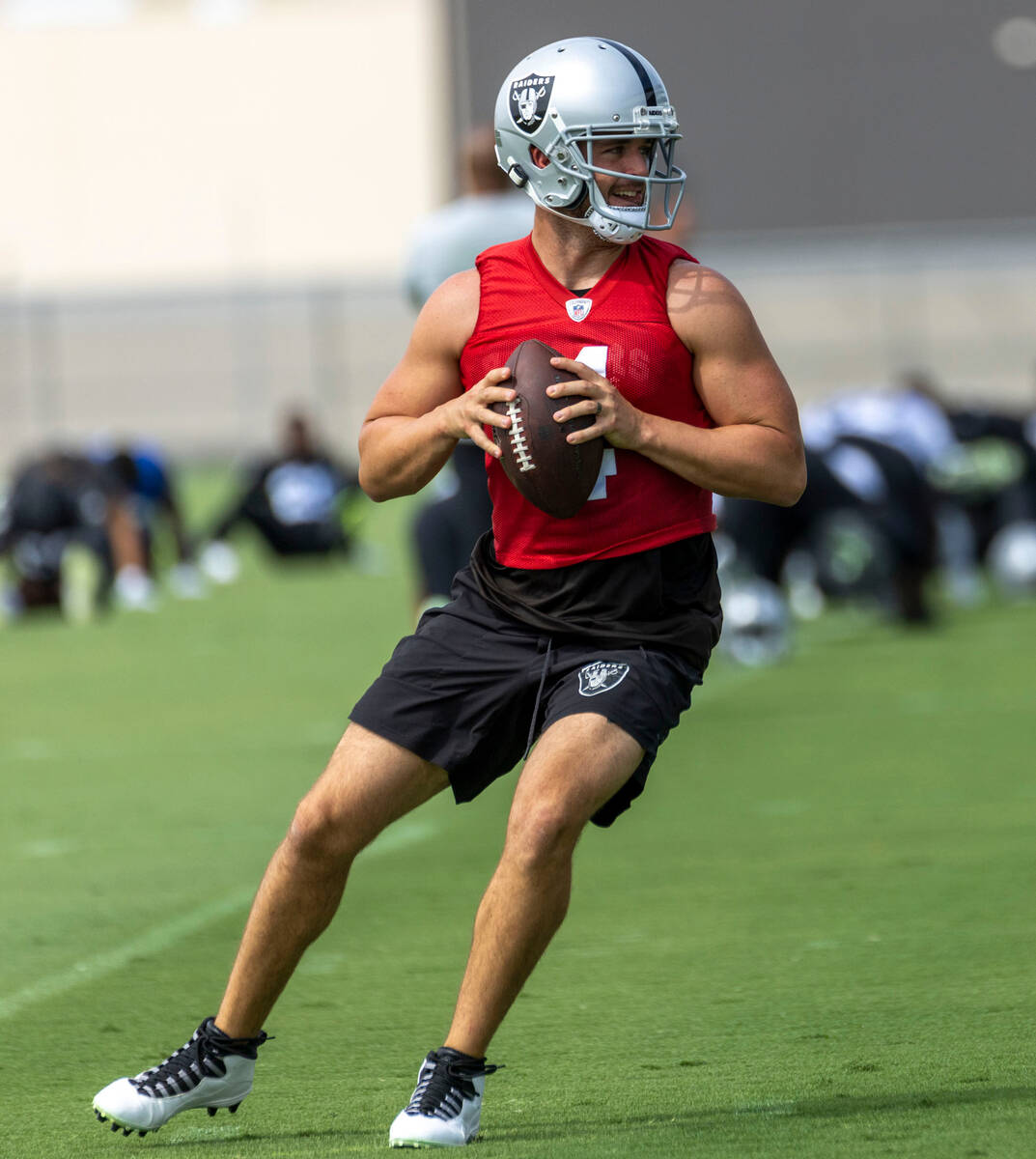 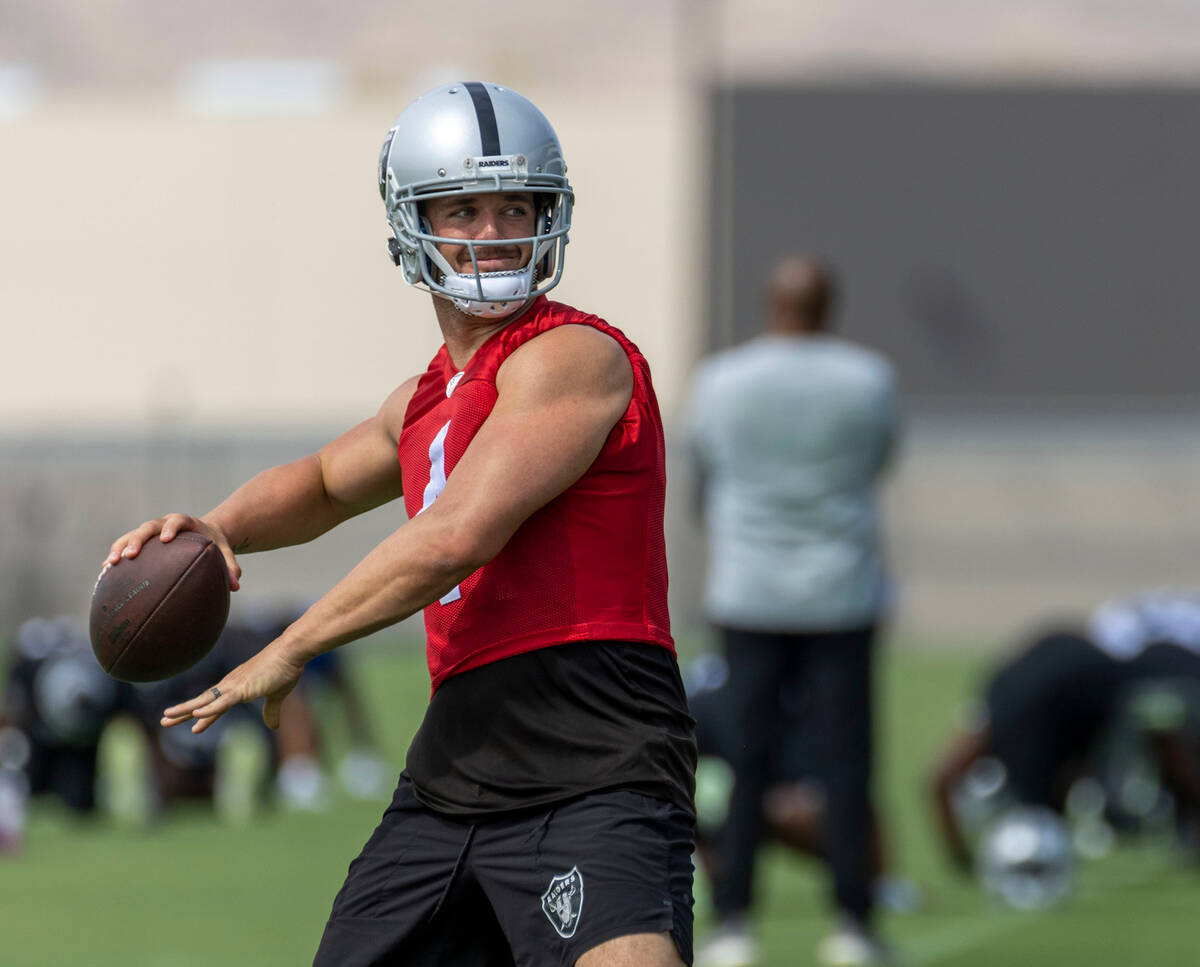 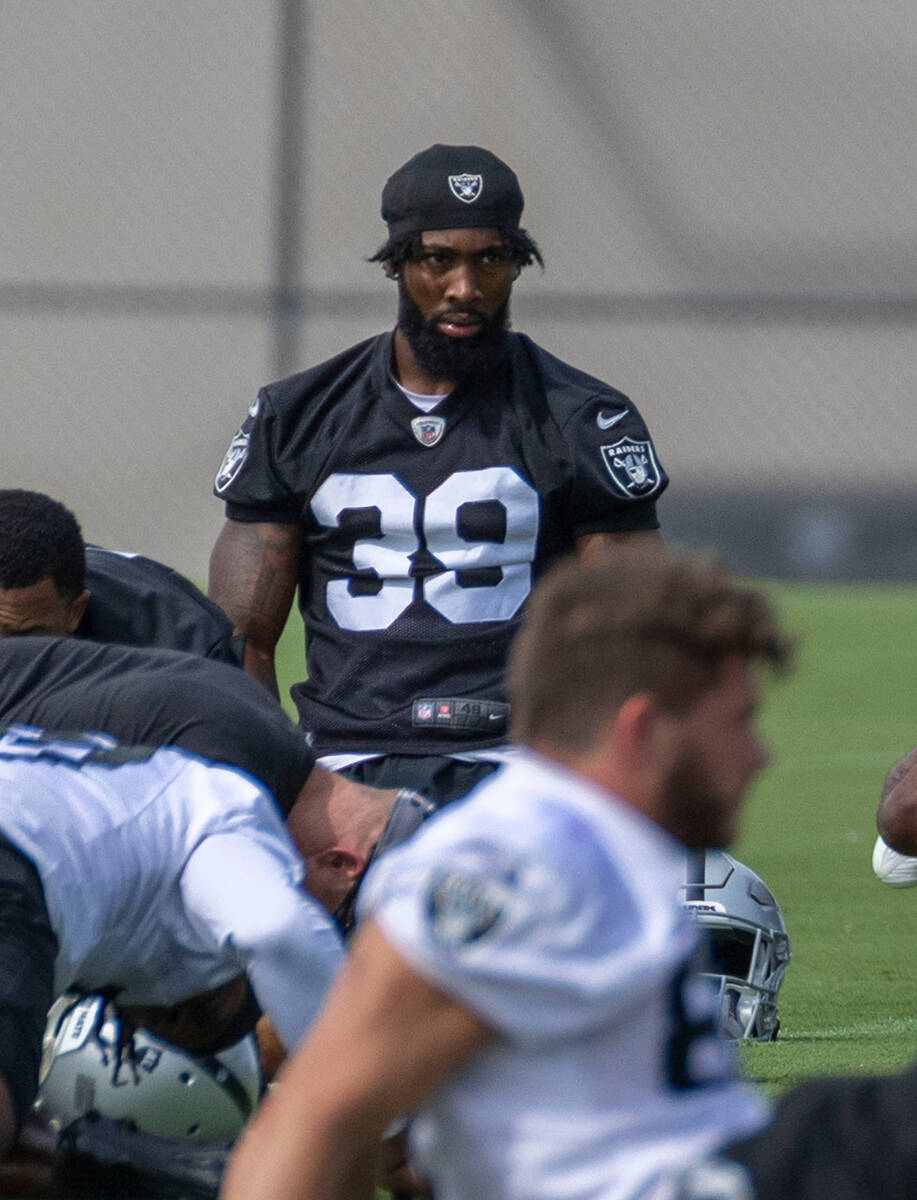 At long last, the Raiders will open their season Sunday in Los Angeles against the Chargers.

Raiders fans not only are eager to start the Josh McDaniels’ era but also have questions.

@BrianRobert85: Do we finally have a defense capable of forcing turnovers?

Vincent Bonsignore: Creating turnovers was certainly emphasized, and for the first time in a long time, the Raiders appear to have players capable of forcing them.

Edge rusher Chandler Jones has 107.5 sacks and 33 forced fumbles since his NFL debut in 2012, and his game-wrecking ability to force turnovers will provide a big lift. Playing opposite fellow pass rusher Maxx Crosby only enhances the Raiders’ ability to create havoc up front, which often leads to fumbles and interceptions. Veteran safety Duron Harmon has 21 interceptions and has stressed turnovers to his young teammates. Two of them — cornerback Nate Hobbs and safety Tre’von Moehrig — have playmaking and ball-hawking abilities.

@Aldeezy18: I feel like we’re going to see 2016 Derek Carr again. Your thoughts?

VB: The argument is he could be better, given how the talent around him is better this season compared with 2016. Imagine throwing to Darren Waller, Hunter Renfrow and Davante Adams?

@raideer1533: How big of a difference will coordinator Patrick Graham make on the defensive side of the ball?

VB: Based on practice and preseason, the Raiders were doing things from a schematic standpoint that hasn’t been seen with the team in a long time. He will employ different schemes each week to fit that week’s opponent.

@KenKodadek: Prediction on how many sacks defensive end Malcolm Koonce gets and does he solidify his status as a sleeper pick?

@ryan_dunkel: Did they ever announce the captains? If not, when will they do that?

@Brinimaster51: Out of all the young talent, who do you think breaks out this year?

@daniel_mimm: What food will be in the Raiders’ press box?

VB: Changes every week, and it usually has a spin that reflects the opposing team and the region they come from.

@SportSourceBob: Will Nate Hobbs play the outside? Which means Amik Robertson in the slot? What’s going on with Anthony Averett? Has he shown flashes this camp?

VB: Yes on Hobbs, who will be used all over the field. We will see on Robertson, who came on strong in camp, but has to prove it can carry over to games. Averett, when he was healthy, was effective and should be a big part of the cornerback rotation.