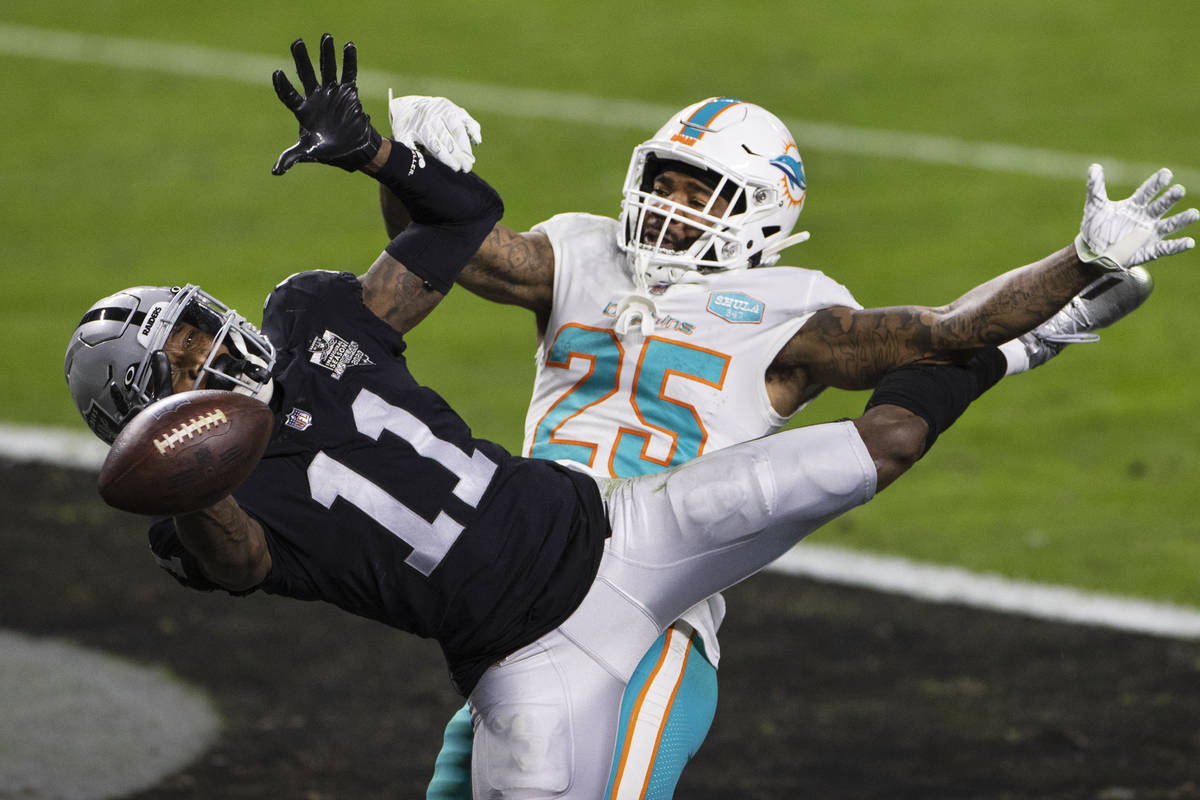 Phase two of the Raiders’ offseason program starts on Monday, which means players and coaches are allowed to get on the field for actual football work. Keep in mind, during this one-week period the offense and defense are separated. So no 11 on 11’s or 7 on 9 situations.

In spite of the vote of the Raiders to honor the players union suggestion to skip the in-person version of OTA’s, a person with knowledge of the situation suggests player participation is expected to be strong during this phase.

Needless to say, the team getting onto the field has piqued the curiosity of Raiders fans. They have a bunch of questions for the mailbag this week.

Seb Galastro (@sebgalastro): Can you name two Raiders players — one on offense and one on defense — who intrigue you this year?

Vincent Bonsignore: That is a great question, and there are so many to be honest. The Raiders need a handful of players to step forward or get back on track or simply do what they were expected to do upon being signed.

In particular, Andre James at center, Bryan Edwards at wide receiver, Kenyan Drake at running back, Cory Littleton at linebacker and Yannick Ngakoue at defensive end are players of interest.

But if it’s just two players, one on offense and one on defense, the choices would be Henry Ruggs at wide receiver and Trevon Moehrig at free safety.

Ruggs has the potential to lift this Raiders offense to a whole other level, playing in conjunction with Darren Waller. Being able to play those two athletes off one another is really enticing. What makes it particularly intriguing is trying to figure out if Ruggs is ready to take that next step. If he is, this offense has a chance to be really interesting.

Moehrig might be the most highly anticipated rookie defender for the Raiders since Khalil Mack. His ability to lock down free safety and be the quarterback of the back end of the Raiders’ defense is critically important.

Leandro (@LeandroRaiders): After an awful 2019 free agency class and 2020 draft, is Mike Mayock on the hot seat?

VB: The Raiders understand mistakes were made in that 2019 class, but the more they build their roster through the draft, the less of a position they will be in to come up with multiple answers via free agency.

The sense is that the 2019 free agent class, and the money put into it, will be something the Raiders try to avoid repeating. You do that by drafting and developing and being in a position where free agency is used to plug a hole or add depth rather than a tool to completely revamp the roster.

To that end, it’s way too early to pass final judgment on that 2020 draft class. If that group gets things turned around, and the talent is on hand for that to happen, the entire narrative changes. If not, Mayock and his staff will come under scrutiny.

Michael Mitchell (@ABOVEtheCLOUDS8): Does Matt Bushman have a legit shot to make the 53-man roster? Derek Carrier seems to be a placeholder at this point.

VB: Carrier is a very good blocker and special teams player. There is value in that. That said, the Raiders would like nothing better than for Bushman, an undrafted free agent tight end from BYU, to push for a roster spot. He definitely has the talent and upside.

Etap (@kingtap08): Henry Rugg’s usage this season has to go up, right? There should be no issue with him getting Nelson Agholor targets.

VB: That is clearly the expectation. Part of it is predicated on Ruggs making the necessary improvements. But it’s also on Jon Gruden and his staff to figure out more and better ways to get the football in his hands.

Matt Berger (@matt_berger): How do you see the offensive line starting from LT to RT?