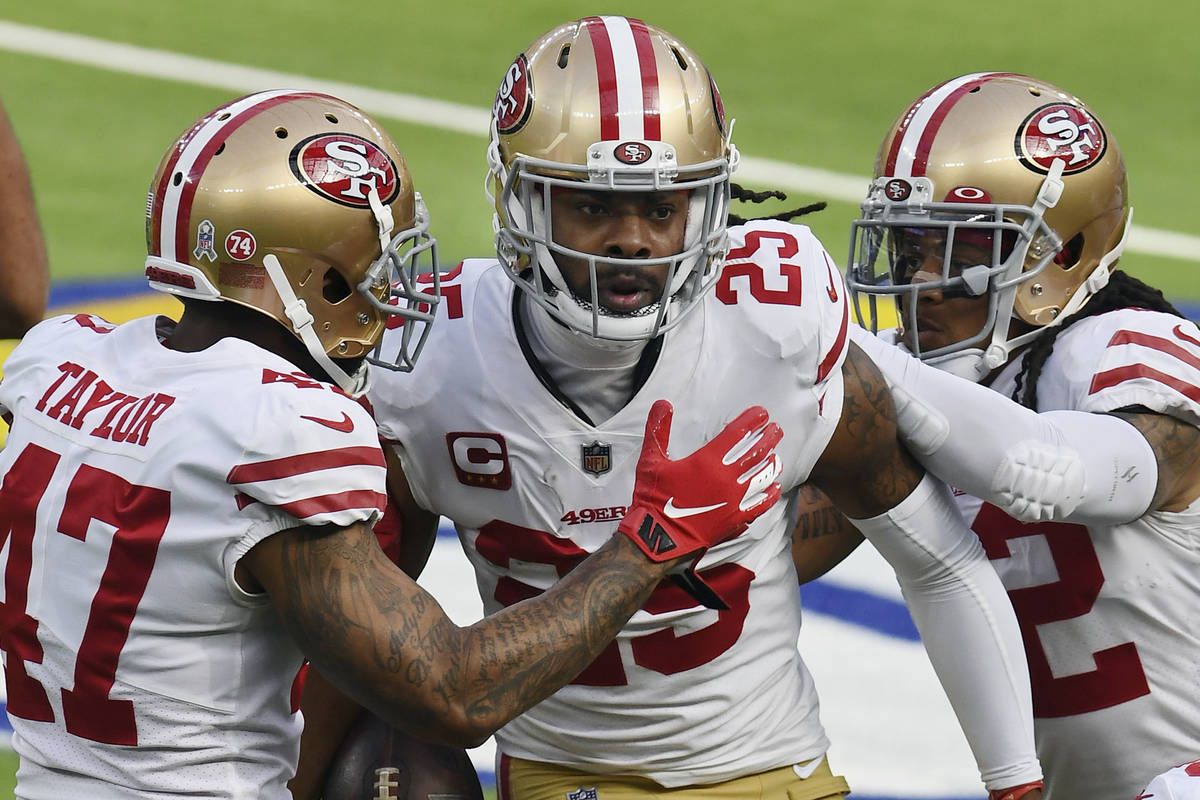 San Francisco 49ers cornerback Richard Sherman (25) is greeted by teammates after Sherman intercepted a pass during an NFL football game against the Los Angeles Rams, Sunday, November 29, 2020 in Inglewood, Calif. The 49ers defeated the Rams 23-20. (John Cordes/AP Images for Panini)

After reuniting with veteran safety Karl Joseph on Friday, the Raiders still need a long-range free safety and a right tackle. Fans are wondering if both issues will be addressed in the draft.

In this week’s Raiders mailbag, the secondary, the possibility of acquiring veteran cornerback Richard Sherman and questions about the mounting pressure on Jon Gruden to get this team into the playoffs are some of the topics on the minds of fans.

Dingle (@shitdinglesays): Why did they increase Kolton Miller’s cap hit this year and how will that affect our ability to continue to fill holes? Are there any looming restructures to make cap room?

VINCENT BONSIGNORE: Doing a new deal early — and in the Raiders’ case with Miller, they agreed to extend a deal that still had two years remaining on it — enables them to create cost certainty at a critical position for the next five years. It also avoids any nasty negotiations and frees up the franchise tag in 2023 and 2024 to be used on someone else.

But with anything, doing all that requires some give and take. In Miller’s case, the trade-off for the Raiders was agreeing to pay him the $25 million fully guaranteed portion of the new deal in 2021 and 2022. Or roughly $13 million more than he would have been paid had he played through his fifth-year option. He is also now protected with a $42 million guarantee for injury.

The Raiders will gladly live with that trade-off as it means a more favorable last three years of the deal at a below-market level for a top-notch left tackle. In fact, the $12.9 million annual average salary Miller will earn from 2023 through 2025 would rank 15th among the highest-paid NFL tackles. That is not accounting for the new deals that will be negotiated over the next couple of years.

Also, keep in mind Miller will be on an unguaranteed pay-by-play basis after the 2022 season.

In terms of the present effect on the cap, the Raiders can easily create any needed space to add more players.

Kalani Lua (@klua11): If DeVonta Smith or Jaylen Waddle is available at 17, do the Raiders make that pick given the talent?

VB: That would be tough to pass up, but there are bigger needs. It is Jon Gruden though … so who knows?

Raider Paaxi Skull (@IPaaxi): What are the chances of Richard Sherman being signed?

VB: Definitely within the realm. But it’s looking more and more like Sherman will be a post-draft transaction when teams have a better idea of their rosters.

Royhunter (@Royhunter76): If the Raiders don’t make the playoffs this year, does Jon Gruden’s seat get warm?

(VB): Those coaching seats are always hot. If the Raiders don’t make the playoffs, the sense is there will be a lot of soul-searching going on in Henderson.

VB: The former first-round pick signed with his old team on Friday. As a veteran depth piece, Joseph is a decent fit. He could also end up starting at free safety.

(VB): Checked in on last year’s third-round pick from Clemson this week and he is coming along nicely from the toe surgery he underwent last season. Muse is expected to be at full strength by training camp. He will compete for playing time at linebacker and on special teams. 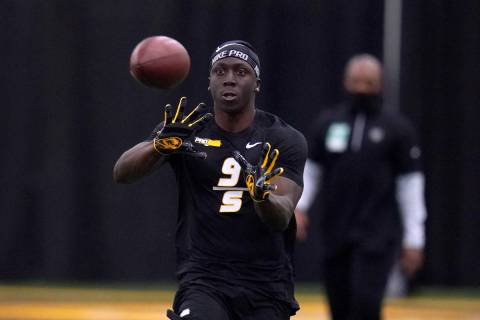 The Raiders opened the second phase of OTAs on Monday by coming to terms with two rookies. 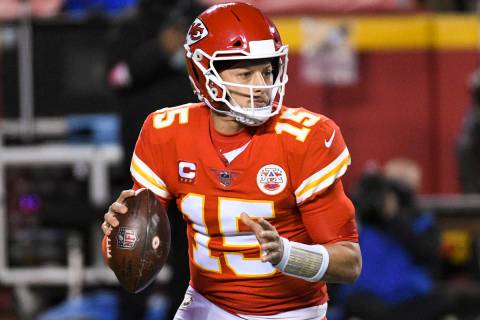