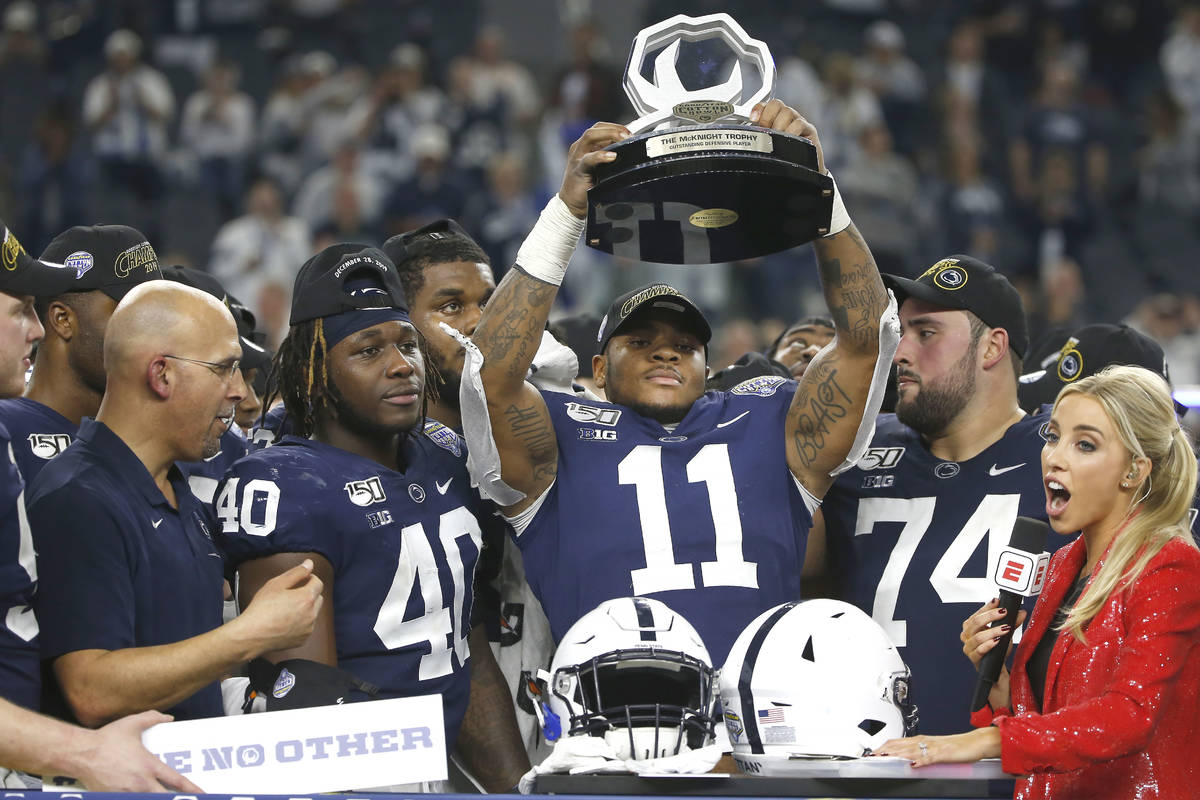 As you’d expect, this last Raiders mailbag before the draft is heavy on draft questions.

From the direction the Raiders take with the 17th pick to whether they should consider drafting a quarterback, Raiders fans are eager to get to the bottom of what will unfold over the next eight days.

Here is a sampling of what is on the minds of Raider Nation:

Seb Galastro (@sebgalastro): Who is the one position player you could see the Raiders trading up for?

VINCENT BONSIGNORE: Without the benefit of all the background information and going strictly on film, linebacker Micah Parsons from Penn State is the one defensive player who seems compelling enough to make a move up to get.

The Raiders need a defensive playmaker and leader. They need someone who will keep opposing offensive coordinators and quarterbacks up at night.

Parsons has that kind of ability.

BigDaddy (@PapaJ22): How many different defensive positions are the Raiders drafting? Also, are they drafting more than one player at certain positions?

VB:In looking at the Raiders’ roster, it’s important to remember they have a number of players on one-year contracts. That includes almost all of the defensive linemen they signed, linebacker Nicholas Morrow and safety Karl Joseph.

So they will be looking for long-range solutions at almost at every position on defense. As for multiple picks at singular positions, that is definitely a possibility at safety and defensive line.

Billy (@Original_Skippy): Do you think it’s more likely the Raiders take a safety or an offensive tackle in the first round?

VB: Offensive tackle seems the likely choice if it came down to those two positions. But keep an eye on a playmaking defensive player at No. 17. The Raiders desperately need one.

Autumn Wind is a Raider (@PPRGod): When is a good time to trade Derek Carr? I have never seen a QB without anything to show keep coming back every season and not do anything about it the following year. Fifteen teams got rid of QBs that were drafted after Carr, why are we still hanging on to him after seven seasons with nothing?

VB: The counterargument is Derek Carr has played well enough to keep his job and, frankly, was good enough to get his team to the playoffs last year. He was at the cusp of the top 10 of NFL quarterbacks and at 30-years-old is still very much in the prime of his career.

It’s on the Raiders to complete a well-rounded team around their quarterback, so really the onus is more on them than him. He’s more than held up his end of the bargain.

It makes little sense to start over at quarterback when the incumbent is as good as Carr. Granted, if there was a sure-fire way to acquire a better option, that makes a big difference.

But who that would be available is that better option? And what is the plan to acquire him? Those are difficult questions to answer.

King Rooz (@KingRooz): Is this a make-or-break year for Johnathan Abram? His undisciplined play and the signing of Karl Joseph as his backup/competition is a bit alarming. Thoughts?

VB: Without question, Abram faces a crossroad this year. Nothing short of a prolonged injury would be a valid excuse if he can’t deliver.

The talent is there. As is the work ethic. He is a charismatic and intelligent player. The issue, as you point out, is a recklessness that borders on undisciplined and far too often gets himself and the Raiders in trouble.

History has shown that time and teaching have a way of making a positive impact on players for whom over-aggressiveness is the primary issue. In Abram’s case, he now has the luxury of both given the full season he played last year and the addition of new defensive coordinator Gus Bradley this year.

Abram has all the tools and intangibles to become the player the Raiders envisioned. But it’s on him to settle down and play better, and it’s on Bradley to coach him up and put him in favorable situations to perform.

If that happens, it’s a game-changer for Abram and the Raiders.

If not, they will be on the lookout for his replacement.

The Gold Standard (@Gold_Standard17): Can we expect a jump from Henry Ruggs this year?

VB: The plan all along for the Raiders’ young wide receiver was to use the initial part of his career as a developmental phase, while using his speed and deep-ball threat as an important dynamic of the offense.

There is a valid argument to be made that the mere presence of Ruggs last year changed the way opposing defenses defended the Raiders, opening up the field for other players.

But it’s clearly go-time this year for the former Alabama standout, and the Raiders fully expect him to take a big leap forward this year.

ICY_NATE (@FTC_Nate): Do you think that report from Ian Rapoport about the Raiders looking at quarterbacks in the draft is just a smokescreen?

VB: That is a very, very intelligent assumption. 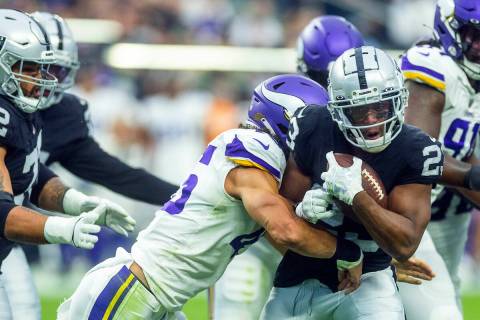