The Raiders welcome the Seattle Seahawks to Allegiant Stadium on Saturday to open their preseason. (Las Vegas Review-Journal) 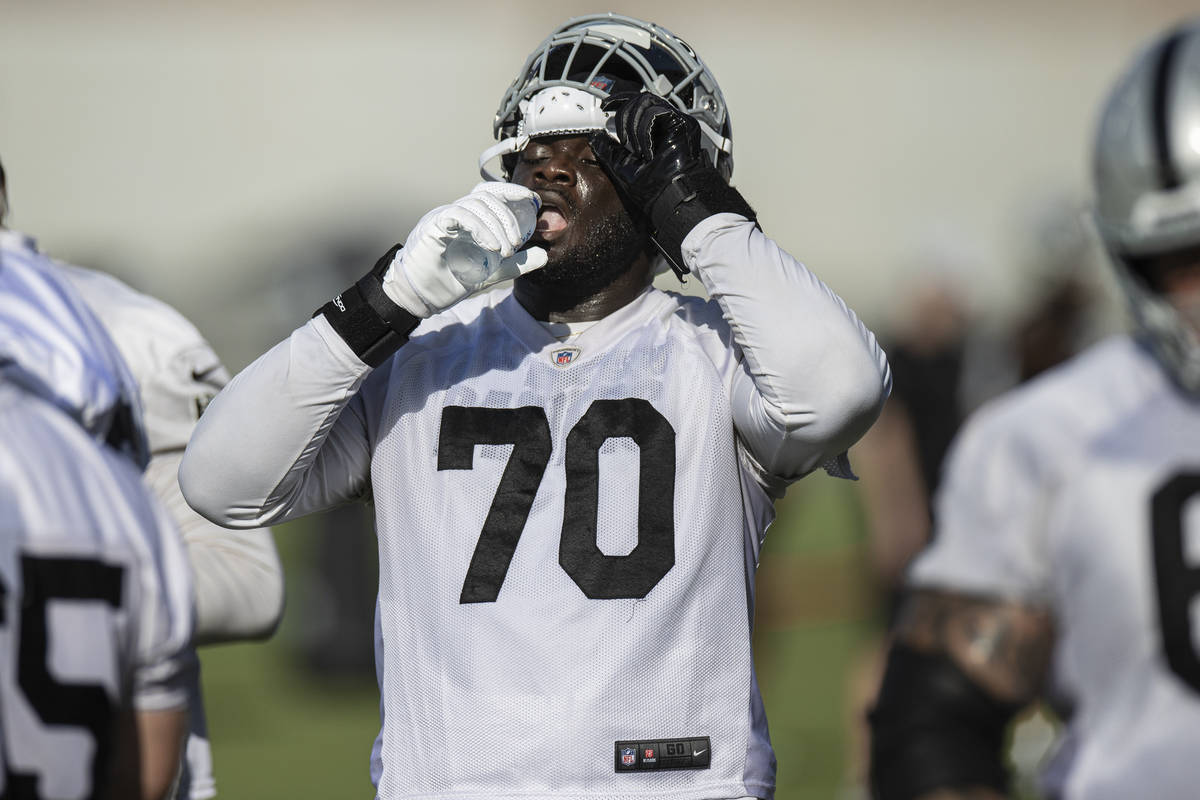 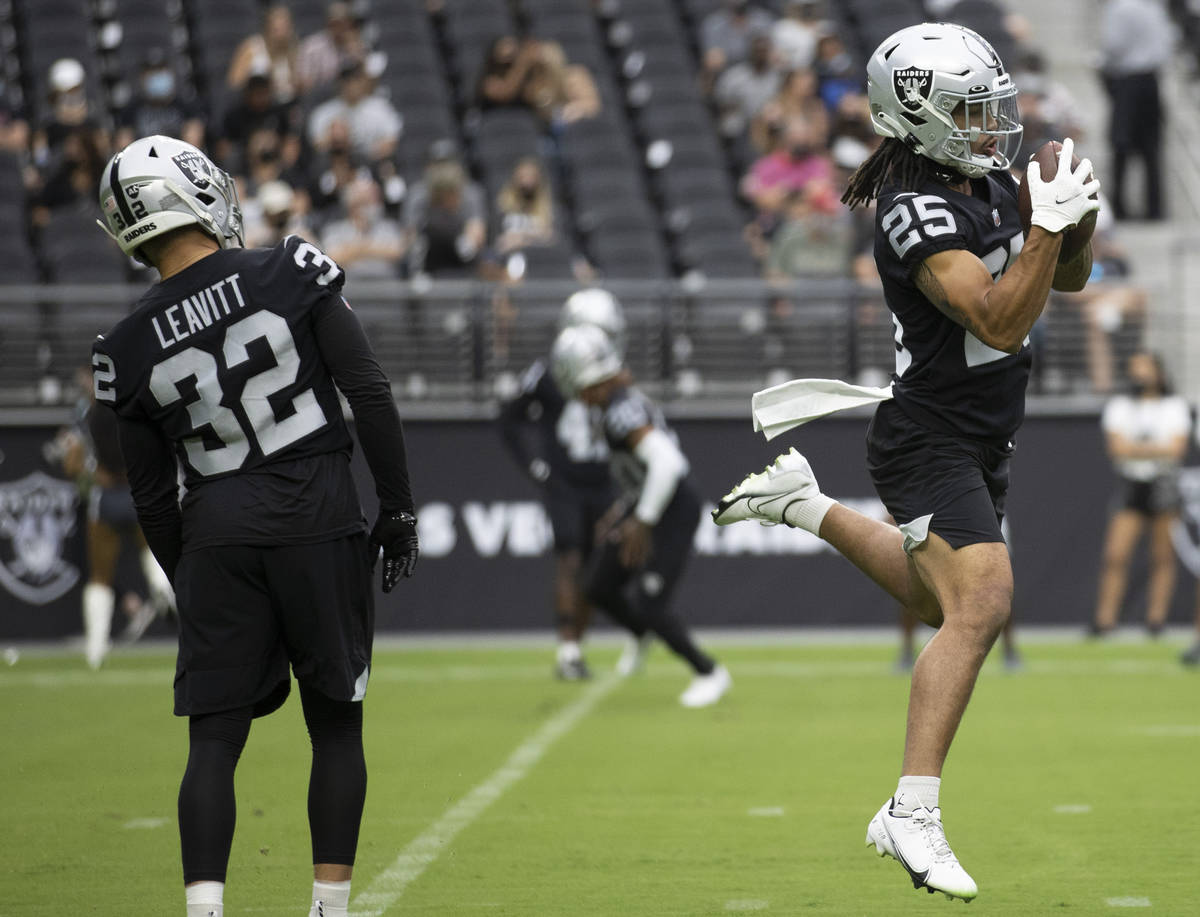 The Raiders open the preseason on Saturday against the Seattle Seahawks at Allegiant Stadium. It will be their first home game in front of fans since landing in Las Vegas from Oakland last year.

The excitement of playing in front of home fans for the first time and the fact that many starting players will not play aside, the game has huge implications for the Raiders and a bunch of players who are fighting for roster spots.

And Vegas Nation is well aware. That is why so many questions arrived in this week’s Raiders Mailbag.

VINCENT BONSIGNORE: Anytime an offensive line goes into a season with three positions manned by new starters, there is cause for concern. The Raiders are no different in that regard, with rookie Alex Leatherwood getting the nod at right tackle, either Denzelle Good or John Simpson taking over at right guard, and Andre James the new center.

To expect the transition to be seamless would be naive. There are bound to be growing pains.

But two things work in the Raiders’ favor: Aside from Leatherwood — who has been a hit in camp — the other potential new starters have between one to three years of Raiders experience. And a full offseason and training camp help create a sturdy foundation.

Also, the reps this group gets next week against the Rams and Aaron Donald will be invaluable.

It looks good thus far, though.

Ben Bailey (@benrbailey): Other teams have had success in using a second QB in certain situations, and Marcus Mariota has a skill set that is different from Derek Carr. Any chance the Raiders will try this type of package this season?

VB: I’d almost be shocked if Mariota didn’t have a situational role written into each week’s game plan.

dj. (@djxtrending_now): Which defensive rookies are looking the most comfortable in Gus Bradley’s system?

VB: Safety Tre’von Moehrig and cornerback Nate Hobbs have looked sharp thus far in practice. It will be interesting to see how they translate to preseason games. Safety Tyree Gillespie missed time because of an injury, but he seems to be settling in as well.

Manny G (@gomez4224): Does Tanner Muse have a legit shot at starting this season? Is the Bryan Edwards hype for real?

VB: The Raiders are giving Muse a long look at the strongside linebacker position in their base defense. His 6-foot-2-inch, 227-pound size is being counted on to provide run support for starting defensive ends Yannick Ngakoue and Maxx Crosby, neither of whom has a particularly strong track record against the run. Keep in mind, though, teams are typically in base defense only 30 percent of the time.

Edwards has looked good in camp, save for a rough day on Tuesday when he had trouble holding onto balls. He responded with a strong day on Thursday. There is a lot to like. But like so many others, the real test is on game day.

Kenny Nauta (@_kennynauta): Since this weekend is the first Raiders home game full of fans, any updates on how the parking and traffic situation is going to be on Saturday?

VB: Having covered pro sports for so long, traffic in and around big stadiums is simply a fact of life. Las Vegas is going to have to wrap its head around that aspect.

But this being as early as it is in the life of Allegiant Stadium, and fans now being a real part of it, figuring out ways to best manage traffic will be an ongoing process.

John Sewell (@john_sewell74): My biggest concern is the interior defensive line. Can you give an assessment of how each player has looked in one-on-one drills with the pads on?

VB: Can’t go by individual, but among Quinton Jefferson, Johnathan Hankins, Solomon Thomas, Darius Philon and Gerald McCoy, depth is as good as it’s been in a while.

Rob (@rsaldan1): Do you think Darren Waller’s absence is due to his contract situation?

VB: No. It’s an injury. Waller has been present at the facility throughout training camp.