RJ App
Vegas News, Alerts, ePaper
OPEN
Raiders converted Divine Deablo, who had played safety for three years at Virginia Tech, to linebacker after drafting him 80th overall in 2021. Deablo recalls what his rookie season was like, his draft experience and more in this interview with Vegas Nation's Heidi Fang. 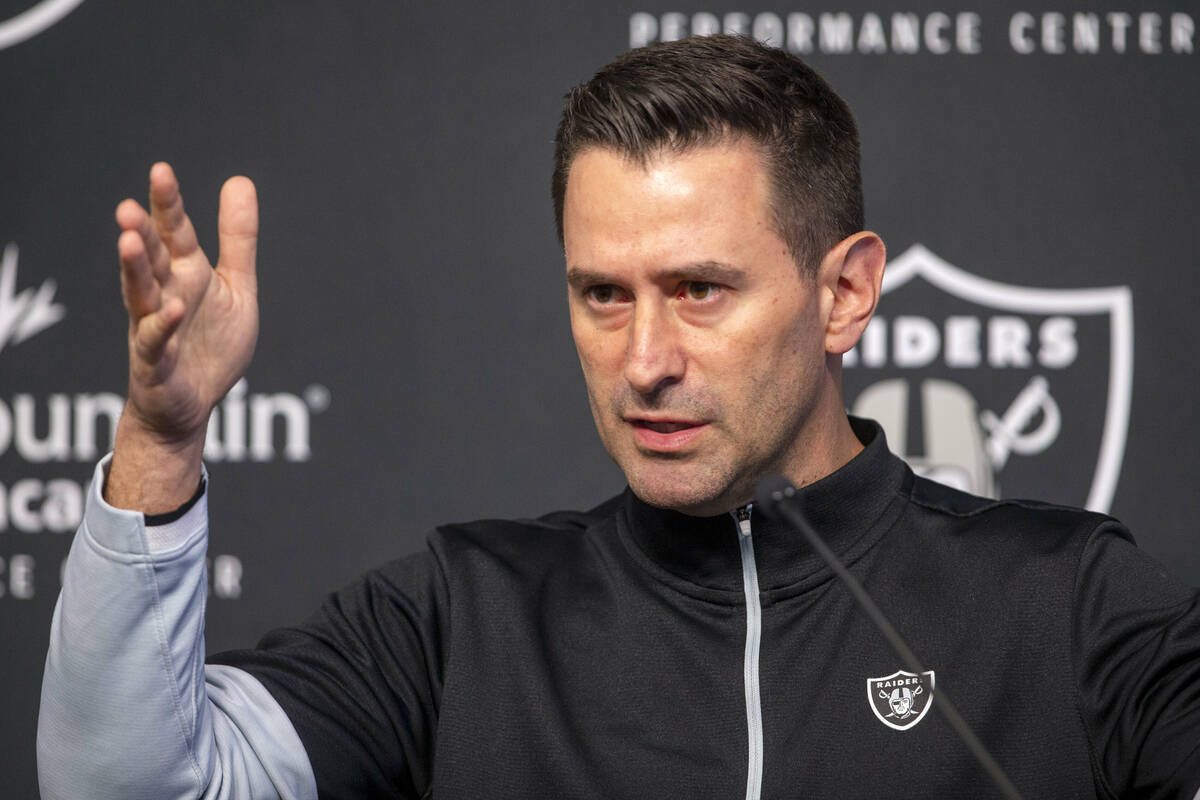 As the Raiders went about identifying roster needs during the first phase of free agency, a position of notable concern was mainly neglected.

Aside from signing backup Alex Bars and re-signing veteran tackle Brandon Parker, the Raiders didn’t address their offensive line. It seemed a conspicuous calculation given how much that group struggled last season.

While Kolton Miller was among the NFL’s best left tackles and young center Andre James played well in the second half of the season after a slow start as a first-year starter, the Raiders were below average at left guard, right guard and right tackle.

It didn’t help, of course, that starting guards Richie Incognito and Denzelle Good were lost for the season by the first half of the opener. That meant second-year player John Simpson taking over for Incognito at left guard and rookie Alex Leatherwood eventually moving from right tackle, where he struggled, to right guard as Good’s replacement.

Neither Simpson nor Leatherwood distinguished themselves, but both are young enough to expect improvements in 2022.

Parker, who took over for Leatherwood at right tackle, did not play particularly well, but the Raiders brought him back on a one-year contract.

The Raiders either believe the returning linemen have the potential to improve or are comfortable the draft and free agency will add the necessary help.

“There’s still a lot of other opportunity, whether it’s guys that are still out there and free agency as we continue to work through the spring,” general manager Dave Ziegler said. “Whether it ends up guys have become available in the preseason process, guys that become available through trades. Whatever it is, we’ll always look at all those different avenues to add players.”

History has shown viable offensive line starters can be found in the third round, where — barring a trade — the Raiders make their first pick this week after sending their first two selections to the Packers for star receiver Davante Adams.

Among the tackles they could be eyeing at pick No. 86 are Luke Goedeke of Central Michigan, Zach Tom of Wake Forest, Daniel Faalele of Minnesota, Abraham Lucas of Washington State, Dare Rosenthal of Kentucky, Rasheed Walker of Penn State and Matt Waletzko of North Dakota.

Guards who could be available at that spot are Dylan Parham of Memphis, Cole Strange of Chattanooga, Marquis Hayes of Oklahoma, Ed Ingram of Louisiana State and Lecitus Smith of Virginia Tech.

Nevertheless, there is still a calculated risk in identifying players at that point who can immediately fill a starting role.

‘We’re working through that process now,” Ziegler said. “The offensive line is a developmental position. It’s hard to say that there’s this level of depth in the draft, that these players are going to come in and start for you and contribute right away in the middle rounds of the draft.”

That’s the case for all positions, but the offensive line in particular.

One way or another, the Raiders aren’t done on the offensive line.