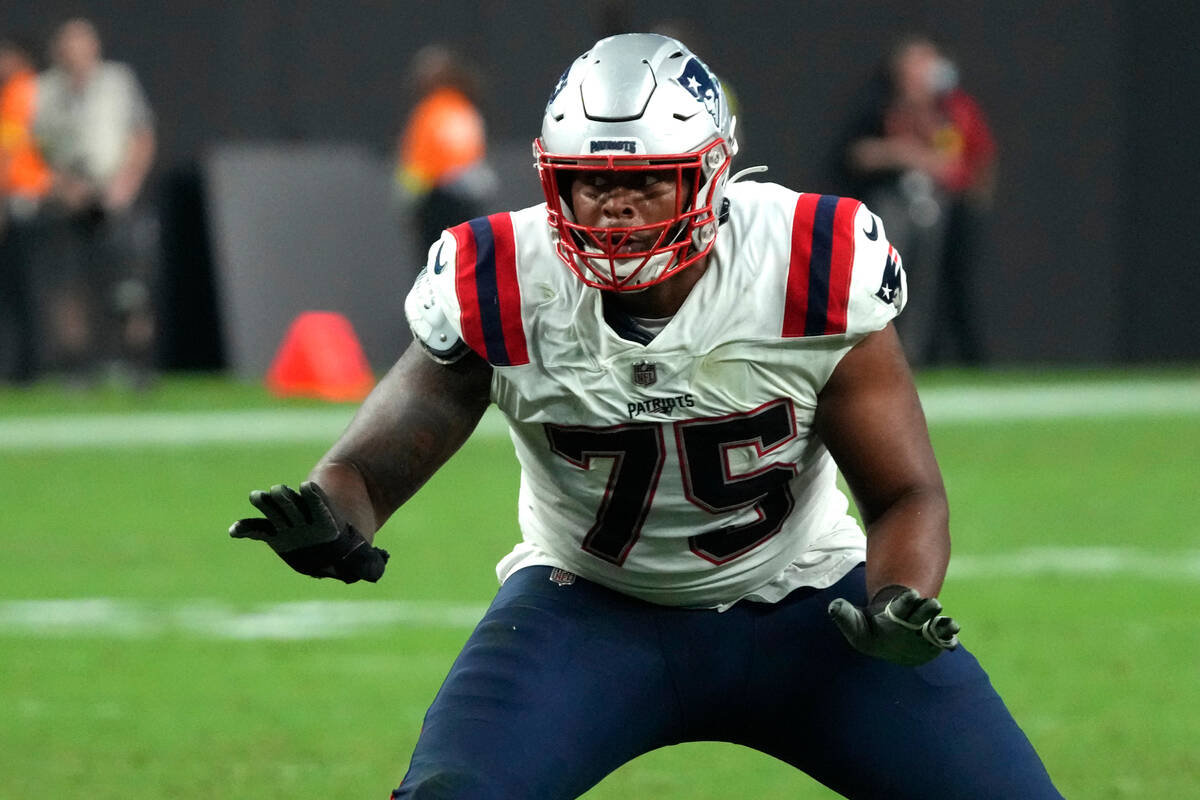 Justin Herron could not have known what was in store a few weeks from the moment he first stepped foot on the Raiders’ practice facility.

Then a member of the Patriots, Herron was simply trying to get ready for his third NFL season and earn a major role on New England’s offensive line. That meant a weeklong stop in Las Vegas for two joint practices with the Raiders before their preseason game at Allegiant Stadium.

Nevertheless, the former Wake Forest standout took a moment to admire the Raiders’ plush facilities, never knowing how fate and the business of football would soon intertwine in a way that would mandate a return to Las Vegas and a chance to earn a significant role with the Raiders.

As Herron took a good look around in August, he marveled at the surroundings.

“Oh, man, what an amazing facility,” he remembers thinking.

And now he gets to call it home after the Raiders acquired Herron from the Patriots on Wednesday in a swap of 2024 draft picks. And as Herron scanned his new locker room Thursday, he had to pinch himself.

“This is what every NFL team dreams their locker room and facility would look like,” he said. “I’ve never been in anything like this before. This is awesome.”

That it also is his place of work is still somewhat surreal.

Herron was going about his day with the Patriots on Wednesday just like normal. There was zero inkling his world was about to take a major turn.

But just after the Patriots wrapped up meetings and were getting ready to hit the practice field, he got pulled aside.

“They called me into the office and said, ‘We’re trading you to the Raiders,’ ” Herron said.

And just like that, his two-plus years with the Patriots ended and a new door opened in Las Vegas.

“It’s the NFL. You’ve got to be prepared,” Herron said. “Just as much as they say always be ready to play, you have to be ready for whatever chapter and wherever your journey takes you.”

“I’m very thankful to be here,” Herron said. “It’s a great opportunity with Josh McDaniels and Carmen having them coach me before.”

Herron joins a team still searching for the right mix on the offensive line, specifically at right tackle, where Jermaine Eluemunor and Thayer Munford have been trading first-team snaps in the first two games.

Eluemunor and Munford have had their moments, but neither has distinguished himself as the undisputed starter. Herron enters the picture with a chance to push for a starting job.

“We’ll just let him come in here and compete and acclimate to what we’re doing and then see where it goes,” McDaniels said.

Herron is taking it one day at a time.

“I’m just trying to get better every day,” he said. “Just find my way and help my team wherever I can. Wherever the chips fall, they fall.”