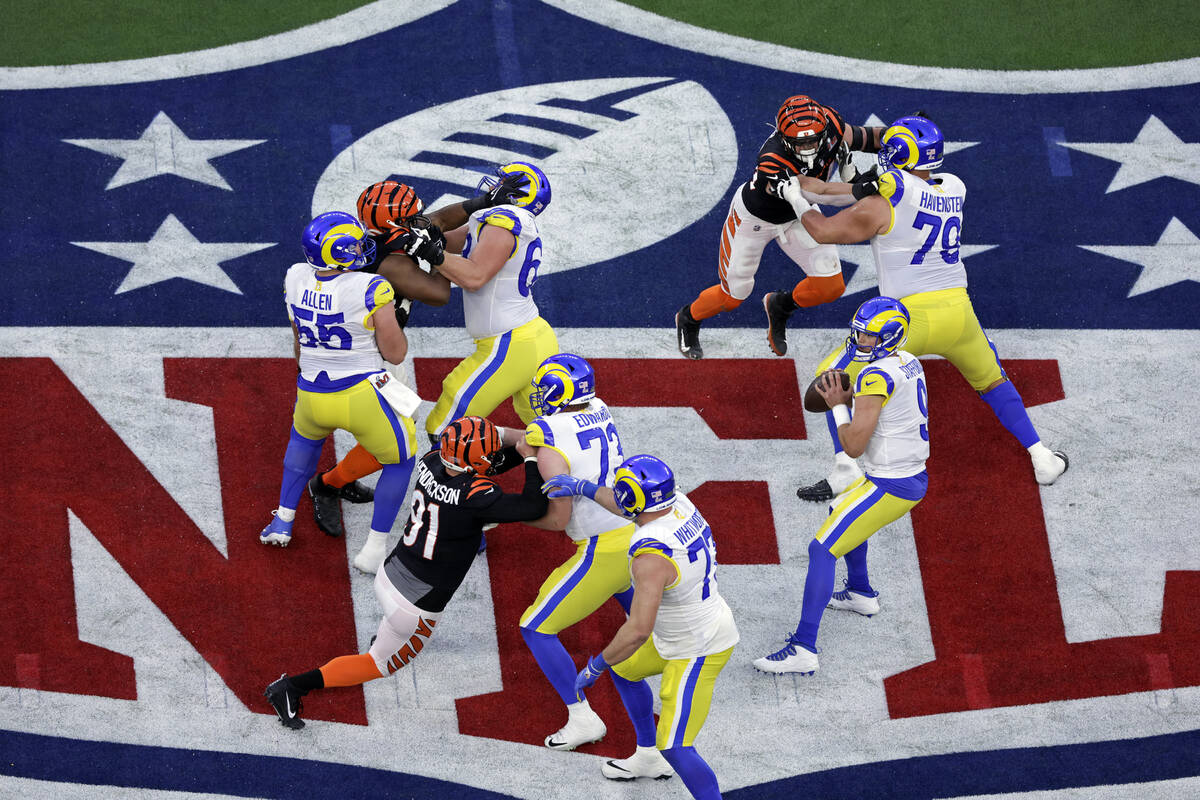 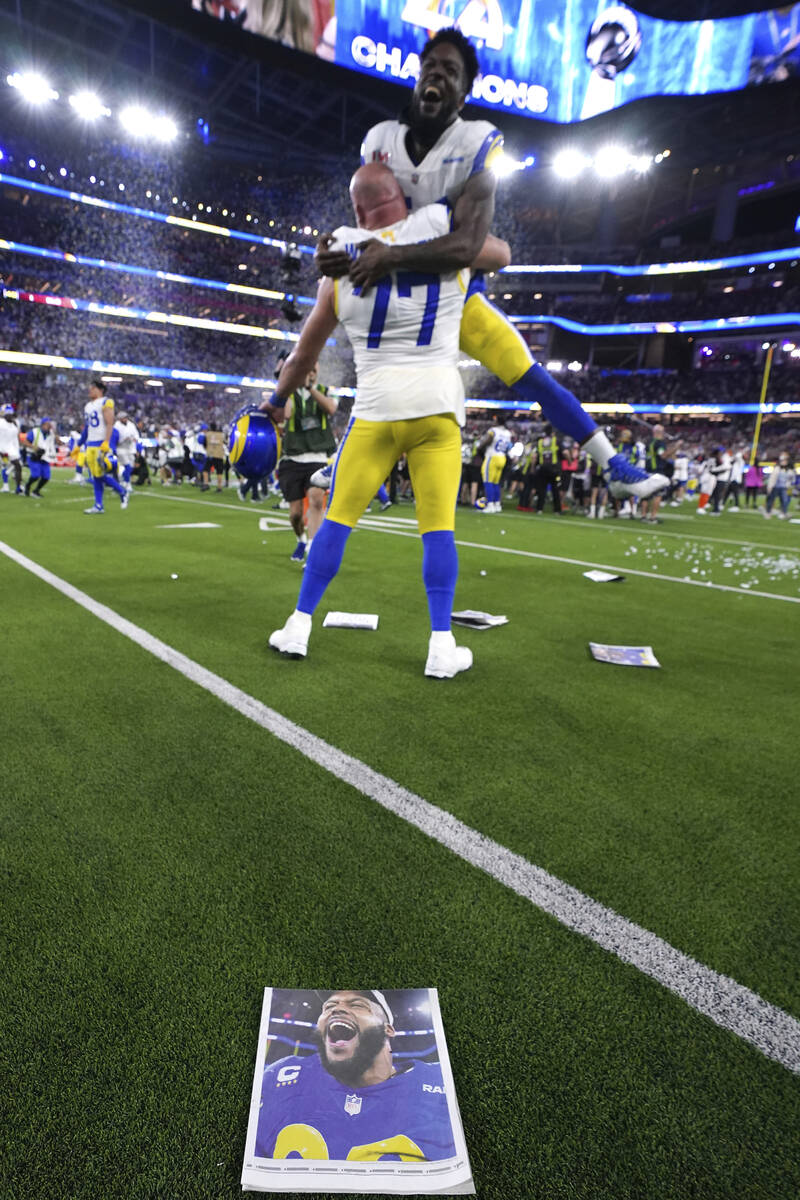 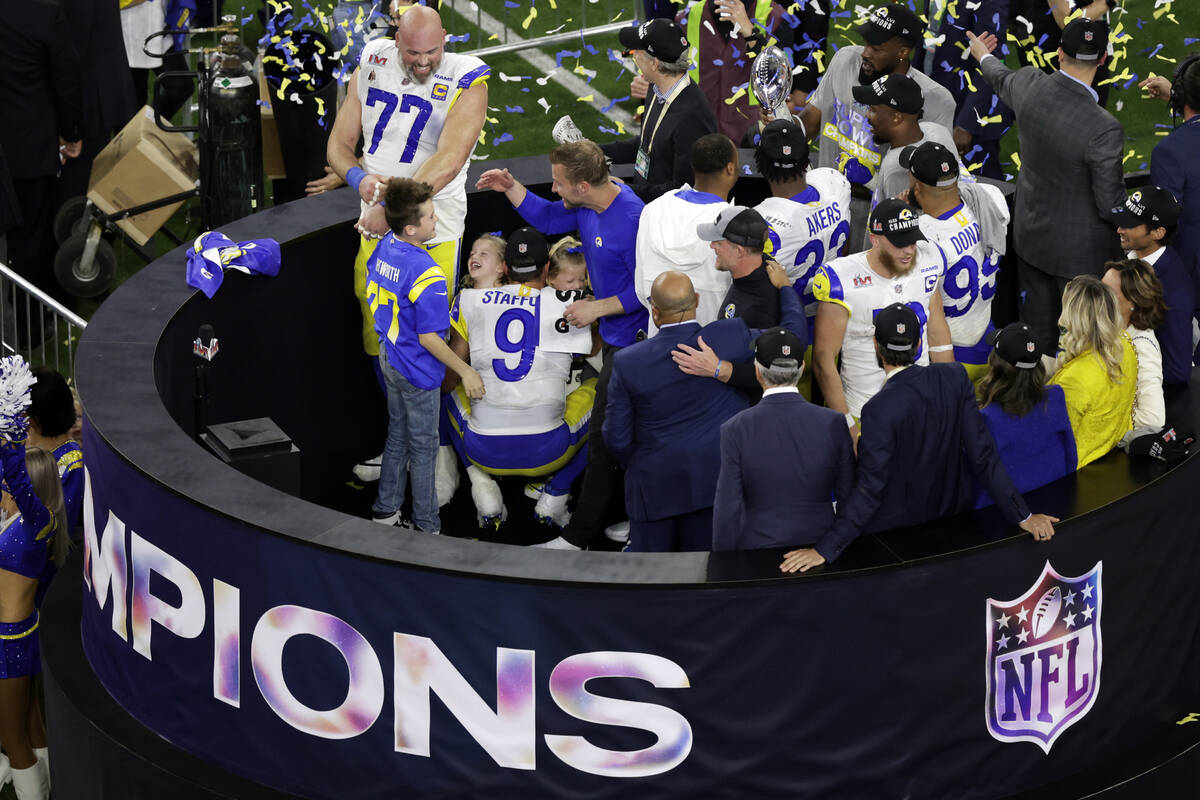 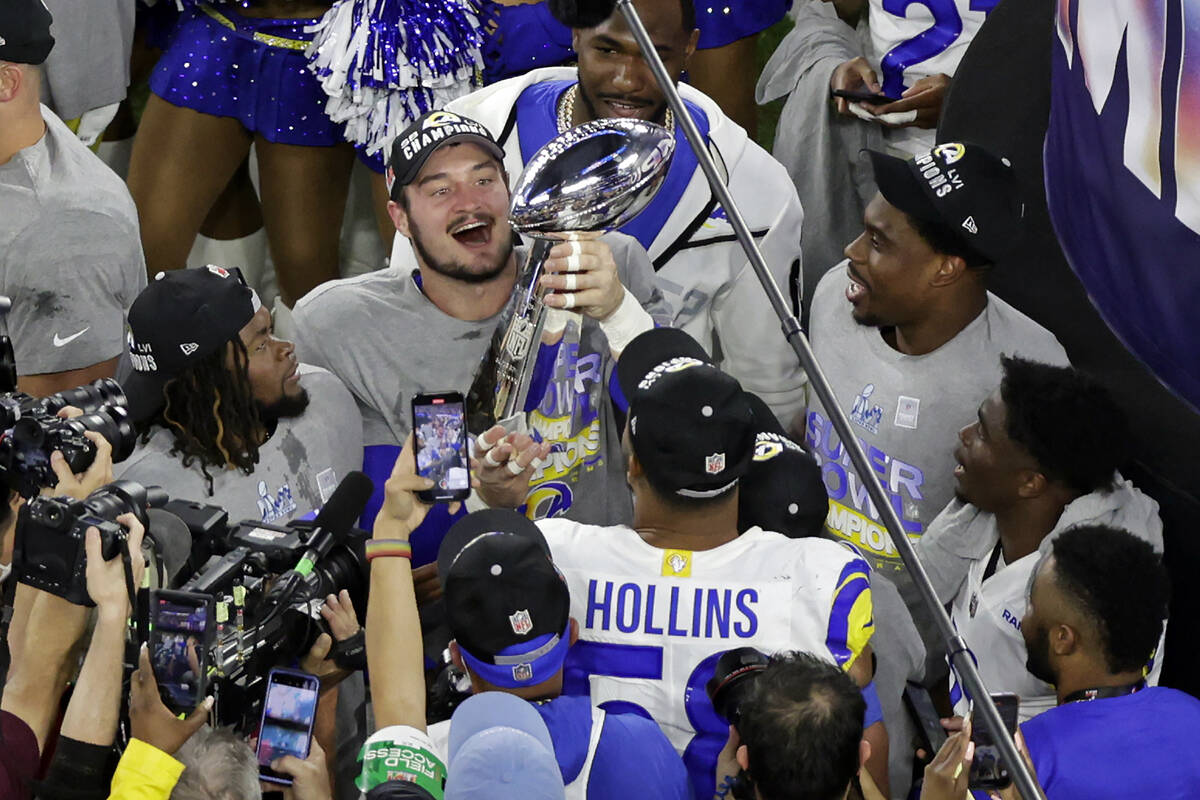 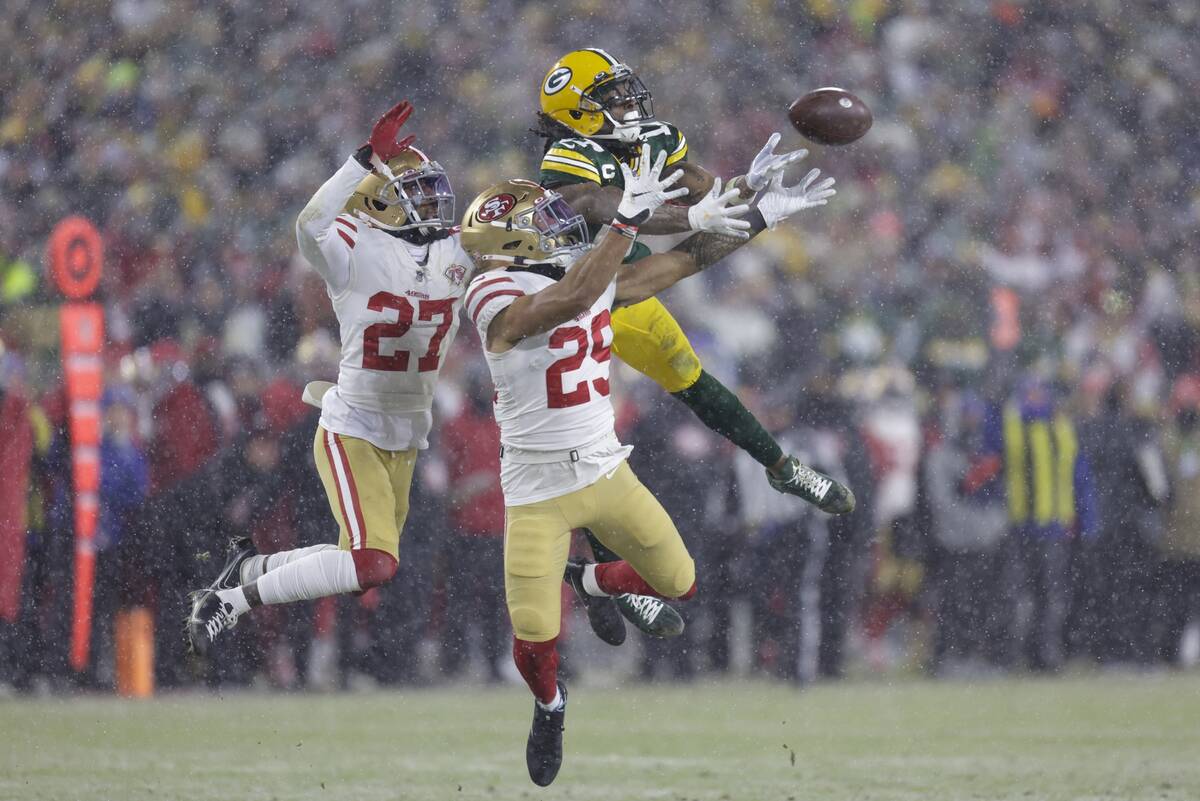 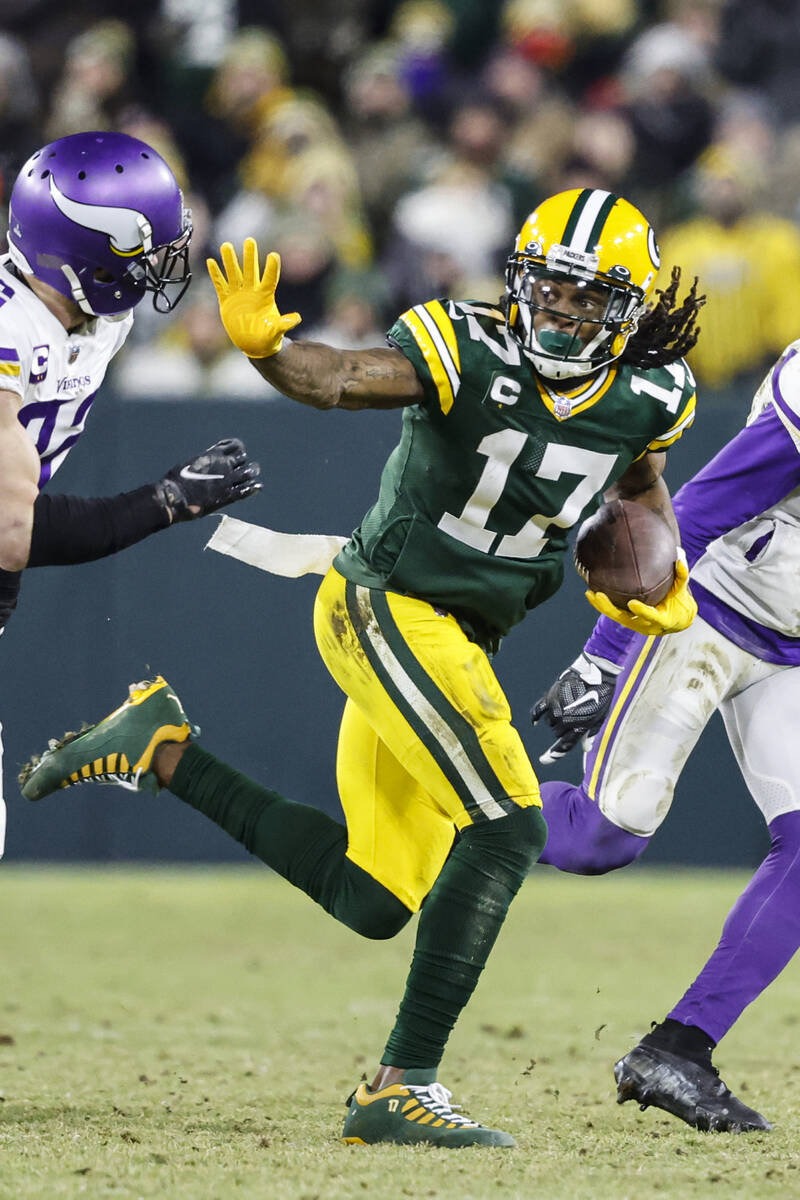 Offseason? Not in the NFL.

About two weeks after the league capped its longest season ever with the Rams winning the Super Bowl, the scouting combine begins in Indianapolis the first week of March. That event unofficially signals the start of draft season and preparations for the 2022 season.

That’s followed by the official start of the league year March 16 and the draft in late April in Las Vegas. Then it’s the countdown to kickoff 2022.

Here are important dates to remember along the way:

This is the beginning of a 15-day window in which teams can place the franchise or transition tag on players.

Several star names are eligible, but Raiders fans with dreams of reuniting college teammates Derek Carr and Davante Adams will be focused on what the Packers do with their star receiver.

All eyes will be on the scouting combine in Indianapolis, where the NFL world comes together to put draft-eligible players through the ringer physically and mentally in what amounts to a mass job interview for NFL hopefuls. It’s also a key networking opportunity for personnel folks and agents to have conversations that are technically prohibited but rarely punished.

Window closes for teams to designate franchise and transition players.

Teams get what essentially amounts to a 52-hour window to negotiate with player representatives of prospective unrestricted free agents, though the scope of permissible contact is limited.

The annual league meetings take place over four days at The Breakers in Palm Beach, Florida, where the powers that be discuss potential rules changes and address issues facing the league, but mostly get together for a few days of fun in the sun.

Teams that hired a new head coach after the completion of the 2021 regular season can get a head start on offseason workouts. Yes, that includes the Raiders.

The rest of the league can begin offseason workouts.

This is the final day teams are allowed to bring draft-eligible players to their facilities to conduct physicals.

The deadline for restricted free agents to sign offer sheets with other teams. A player’s current team would have the opportunity to match.

Teams must decide whether to execute their right of first refusal on restricted free agents. It’s also the final day for teams to time, test and interview draft prospects.

For some teams, the NFL draft represents the three most optimistic days of the season. Hope springs eternal for fans believing their team is going to take a franchise-altering player who will go to the Hall of Fame and bring multiple Super Bowl rings. It’s often false hope, but this year the draft is in Las Vegas, so you know it’s going to be a good show.

The deadline for teams to decide whether to exercise the fifth-year option on first-round picks from the 2019 draft, which means the Raiders have a decision to make on three players. Defensive end Clelin Ferrell is unlikely to have his $10.3 million option picked up. It’s possible for safety Johnathan Abram, who made positive strides in 2021, to have his picked up for $7.9 million. Running back Josh Jacobs has the best chance, but at $10.1 million and considering the positional value of running backs, it might not happen.

The NFL schedule is set to be released. It usually is announced on the NFL Network, but games are inevitably leaked before the broadcast. The date has not been confirmed by the league, but teams again will play 17 games in 18 weeks. One thing to watch is which teams are selected to play in what could be five international games.

Training camps open, with the two teams playing in the Hall of Fame game allowed to start slightly earlier than the rest of the clubs.

The Pro Football Hall of Fame Game will open the preseason from Canton, Ohio.

The annual NFL Kickoff Game is expected to open the season, likely with the Rams hosting a premier opponent at SoFi Stadium in Inglewood, California.

It will be here before you know it.