RJ App
Vegas News, Alerts, ePaper
OPEN
During the team's first scrimmage inside Allegiant Stadium a few weeks back, Raiders owner Mark Davis referred to the facility as "the Death Star." When asked how they felt about the nickname, head coach Jon Gruden and company had differing thoughts on it. (Cassie Soto/Las Vegas Review-Journal) 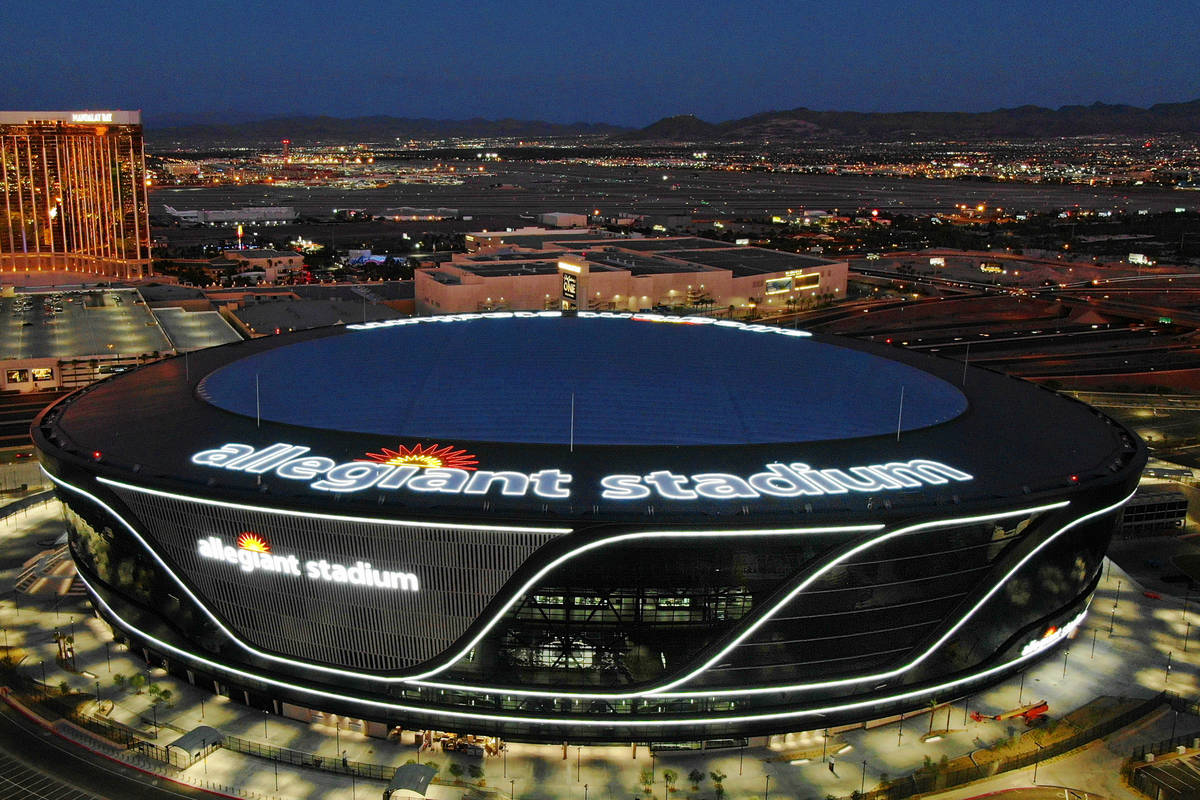 There have been a great many jokes made about the lack of durability of the “Death Star” from the Star Wars movies ever since Raiders’ owner Mark Davis made the comparison between it and Allegiant Stadium. In the movies, it was destroyed multiple times.

Raiders’ coach Jon Gruden doesn’t have time for nor interest in any of those wisecracks.

“I think it’s a cool name for our stadium,” Gruden said after Thursday’s practice. “I don’t give a damn about Star Wars. That’s what we’re calling our stadium and I don’t care what anybody else thinks. It’s a cool stadium, it’s a great name and we just have to play good when we’re in there.”

“Looking at the stadium it does kind of remind me of something where Darth Vader is going to come out of a door or something like that,” Waller said. “I watched the movies with my dad, but I really don’t know too much about it.”

Ruggs had a great first half before briefly leaving with an injury sustained on a tackle. He did return to the game, but wasn’t as productive down the stretch.

Gruden declined to comment on any injuries during his media availability.

Cornerback Damon Arnette was a full participant despite his wrist and thumb injuries. He appeared to have a smaller wrap on it than he practiced with last week.

Waller had a strong game on Sunday with six receptions for 45 yards on eight targets.

While the numbers were respectable, he wasn’t able to make plays downfield. His longest reception went for eight yards.

Between increased defensive attention because of his breakout season last year and the addition of several weapons to the offense, it may be difficult for Waller to replicate his spectacular 90-catch, 1,145-yard effort from 2019.

“There will be games where I just have to make small plays, simple plays and just move the chains,” he said. “I have to be on point with my blocking game and be able to adapt to whatever is being asked of me in every game.”

The 28-year-old isn’t going to concern himself with stats, even if his production last season made him a favorite this year among fantasy football players.

“I’m here for winning, a balanced offense and a great journey with the team,” he said. “If that requires less from me in terms of my numbers and my stats, people getting on me for less fantasy points or whatever, that doesn’t matter. It’s about winning. If that means a more balanced attack, then sign me up.”

According to CBS Sportsline, Waller was the fifth-ranked tight end in terms of average draft position in fantasy football leagues.