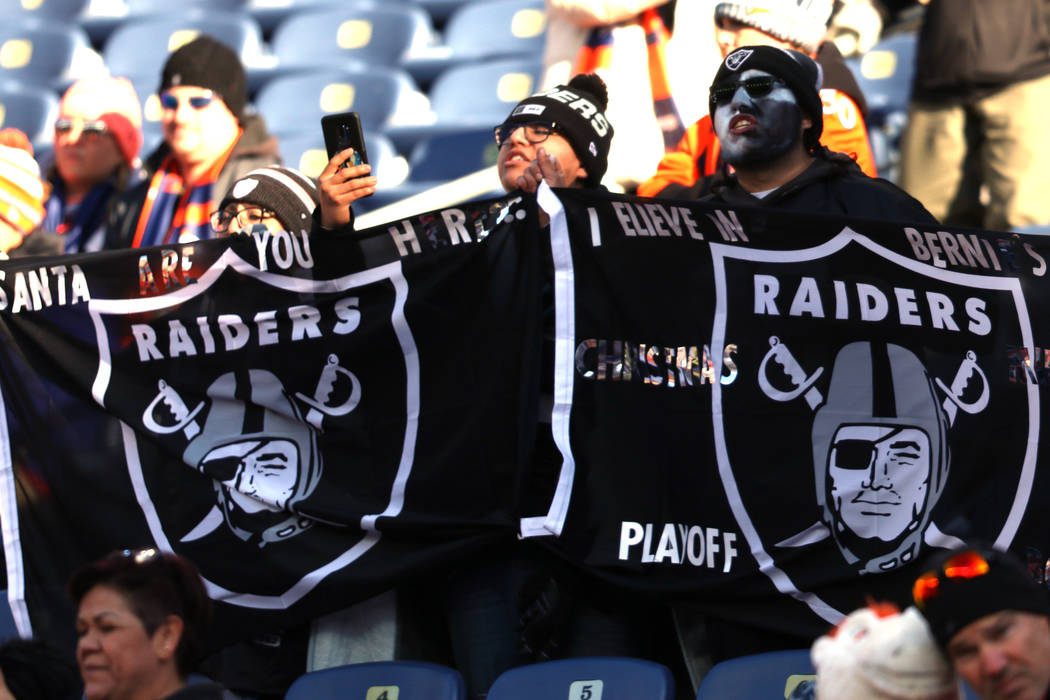 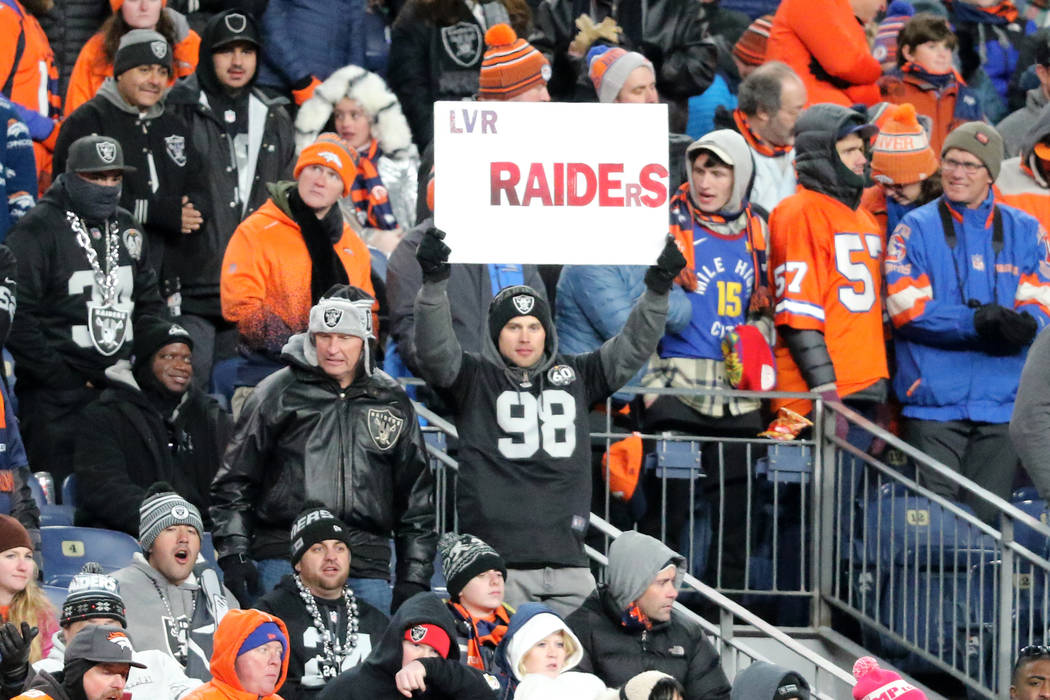 An Oakland Raiders fan holds up a sign during the second half of an NFL game against the Denver Broncos at Empower Field at Mile High in Denver, Colo., Sunday, Dec. 29, 2019. (Heidi Fang /Las Vegas Review-Journal) @HeidiFang

Two years and nine months after NFL owners approved by a 31-1 vote the relocation of the Raiders to Southern Nevada, the team played its final game as an Oakland franchise on Sunday.

The Raiders fell to the Broncos 16-15 at Empower Field at Mile High.

The loss eliminated the Raiders from playoff contention, although even a win wouldn’t have been enough to clinch the sixth and final AFC postseason spot. Tennessee earned that by beating Houston 35-14.

The first day of a new league season is March 18, although team President Marc Badain said Sunday that it is a franchise decision on when to unveil such merchandise. He did not provide a timeline.

It will be, however, some time before players and coaches are seen often around the community.

The Raiders will hold all offseason workouts in Alameda, California, as their new practice facility is completed in Henderson.

They will again hold training camp in Napa, California.

Badain said coaches and players will attend various functions in Las Vegas before the move.

The Raiders will arrive at Allegiant Stadium coming off a 7-9 record, a three-win improvement from Jon Gruden’s first season upon returning as head coach.

But it was a disappointing finish to 2019.

The Raiders were 6-4 at one point and controlled their destiny for both an AFC West crown or a wild-card playoff spot.

The Raiders hold the 12th and 19th overall picks in the first round of the NFL draft, to be held April 23-25 in Las Vegas.