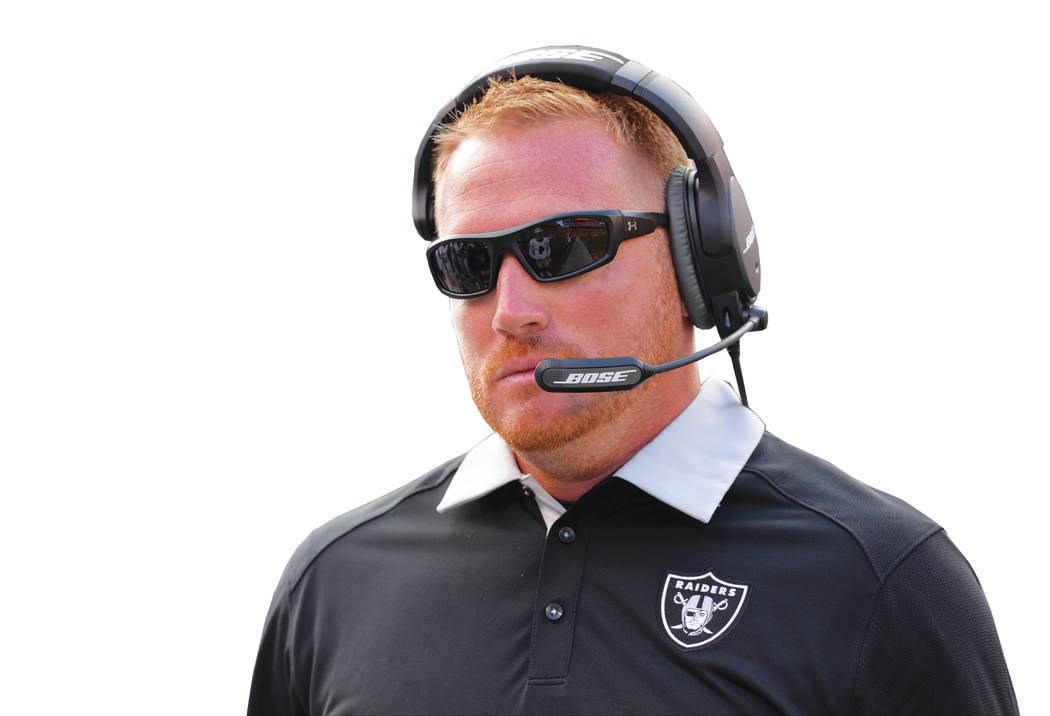 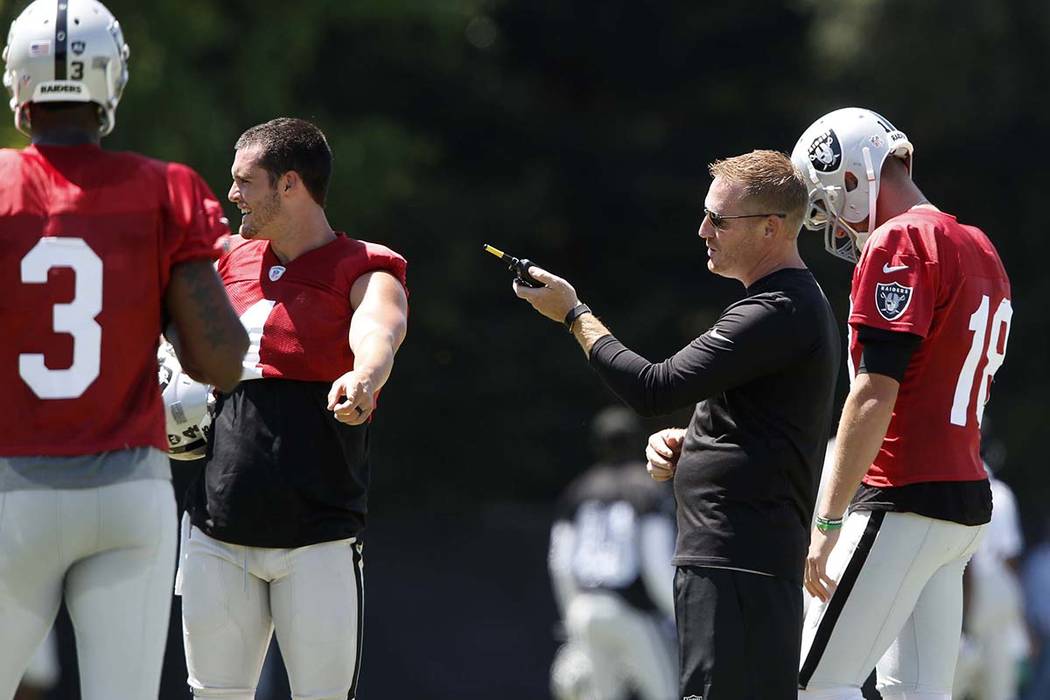 ALAMEDA, Calif. — A visitor stood outside the Raiders’ locker room on Aug. 12, minutes after the team entered it following an exhibition loss to the Arizona Cardinals. The 33-year-old man waited in silence. He did not appear in a rush, patient to see an old friend.

“He’s going to be a head coach someday,” Fitzgerald said afterward. “That’s what I hope for him. The guy is an unbelievable human being.”

Downing steadily has risen up the NFL ranks, having coached for five franchises since 2001. This year marks his first as a play-caller. A constant throughout his career is a knack for developing strong relationships. It’s not all about football to him, an approach that was on display last Saturday.

The fullback was standing on the sideline for the pregame national anthem of the team’s second exhibition versus the Los Angeles Rams. That is when Downing placed his right hand on the back of Olawale’s jersey.

Downing did so knowing that quarterback Derek Carr and defensive end Khalil Mack were participating in the same display to promote racial solidarity.

Otherwise, it was “not planned at all,” he said.

“I kind of chuckled when talking to Jamize about it afterward,” Downing said. “I think I surprised him a little bit. I knew other guys were going to show their unity. It certainly wasn’t a protest or statement or anything like that. It’s just kind of a reaction myself to seeing what we have going on as a team. It’s such a great unity and chemistry.

“When you see guys like Derek and Khalil doing it, I look over, and there was ‘Maze,’ a guy who works his tail off for us, gets no credit from anybody … and beyond that is a great person. I just walked over and put my hand on him. It wasn’t anything more than showing he’s a guy I love.”

Downing has a close relationship with Carr.

Beginning in 2015, he spent two seasons as his position coach. They keep in touch away from the facility, be it to discuss football or matters unrelated to the sport. Rapport is important between any quarterback and coordinator. Theirs has evolved to the point where they routinely know what the other is thinking, often able to finish each other’s sentences, both have said.

He developed a friendship there with Fitzgerald, a fellow Minnesota native and a Vikings ballboy in 2001. He also grew close with then-head coach Mike Tice. Tice now oversees the Raiders’ offensive line, having joined Oakland’s staff shortly before Downing came aboard in 2015. Downing coached with the Detroit Lions from 2009 to 2013. Retired Lions wide receiver Calvin Johnson visited the Raiders for a week during the spring as a guest of his.

The trend is clear.

This month, Fitzgerald spoke with Downing for a couple minutes. They talked golf and caught up on personal matters before wishing each other luck in the 2017 season. Downing never coached him, but Fitzgerald seems confident in what the Raiders have on the sideline.