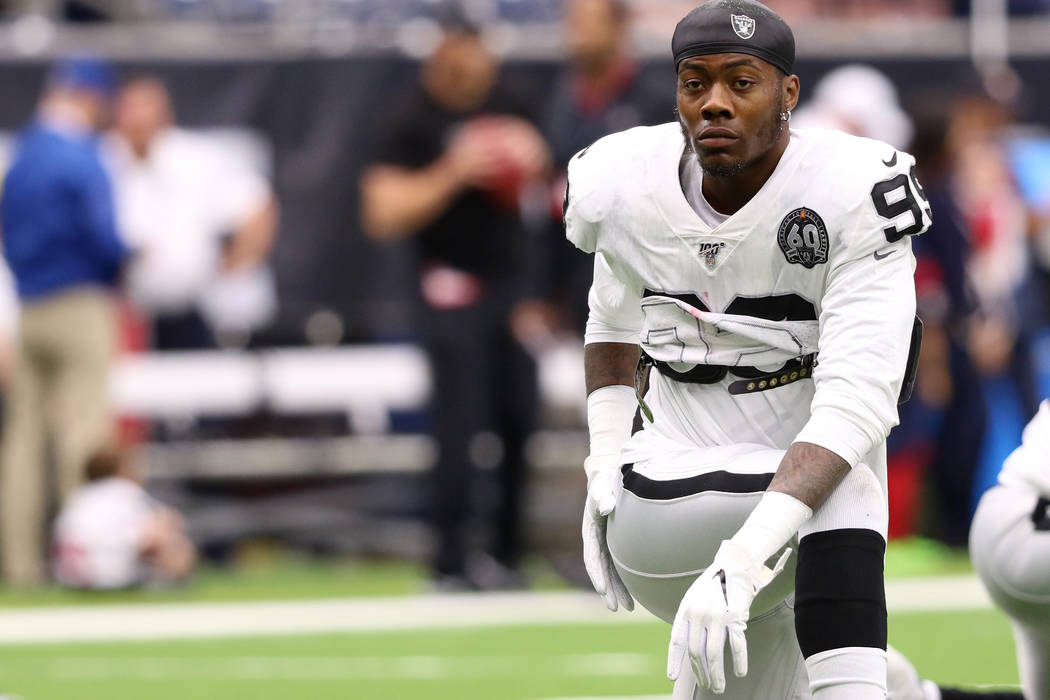 The Raiders moved defensive end Arden Key to injured reserve Thursday in an expected move after he suffered a broken foot last week.

Linebacker Quentin Poling was promoted to the active roster from the practice squad in a corresponding move just hours before the Raiders hosted the Chargers at Oakland-Alameda County Coliseum.

Poling, a seventh-round pick of the Dolphins in 2018 who signed with the Raiders’ practice squad ahead of Week 4, was active on Thursday, playing mostly on special teams.

He spent all of 2018 on the Dolphins’ practice squad was waived by Miami from injured reserve in September without ever having appeared in a game.

Poling, 25, is the all-time leader in both solo tackles and tackles-for-loss at Ohio University.