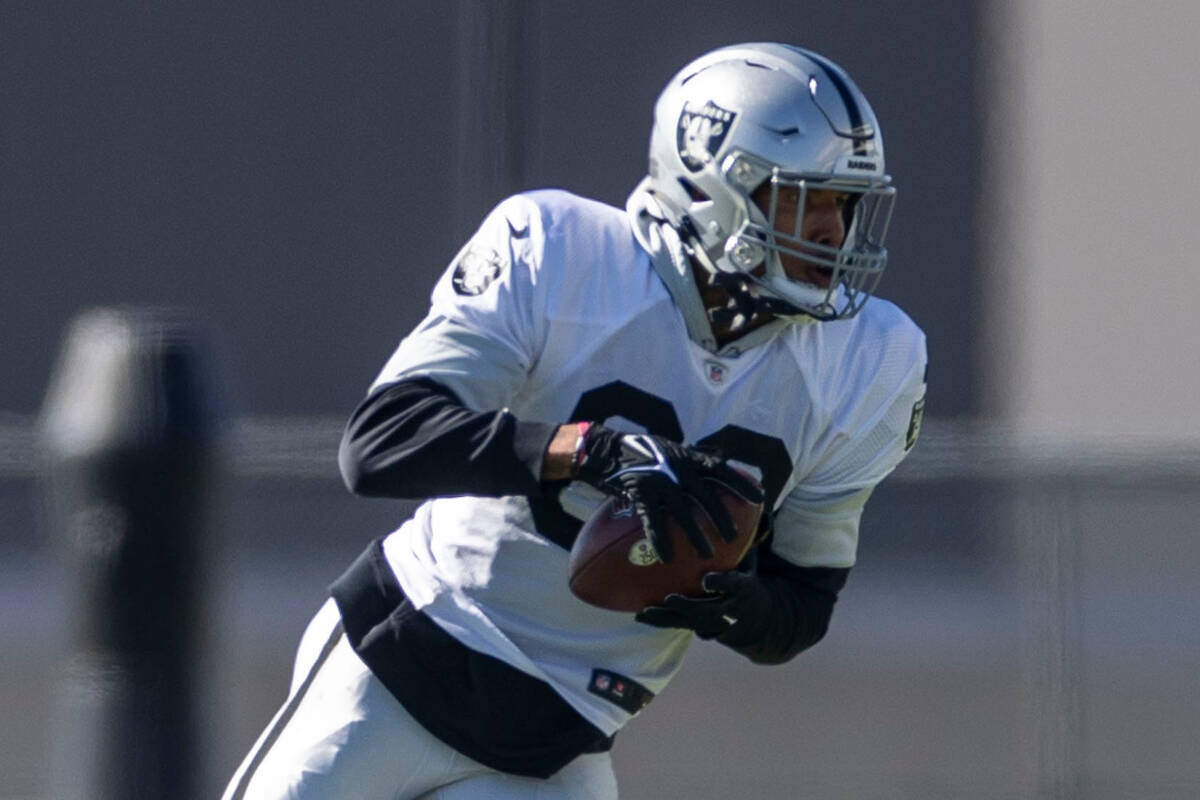 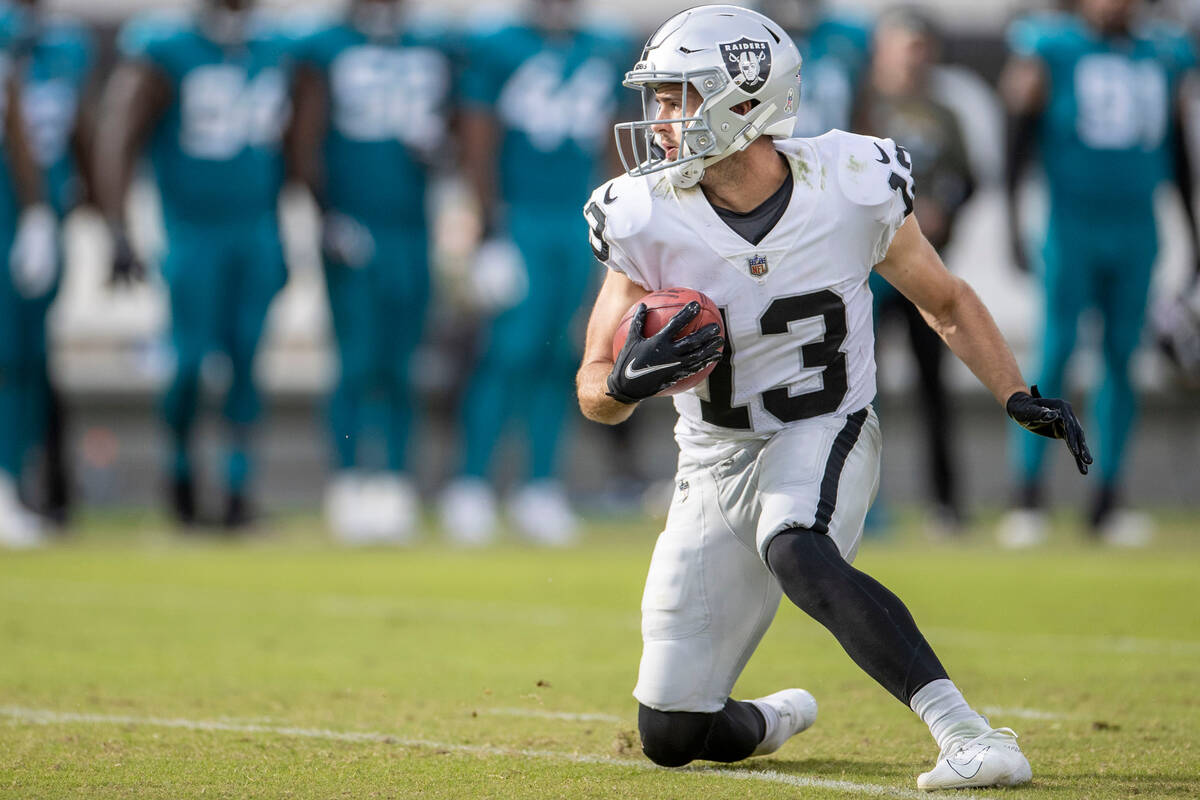 Raiders wide receiver Hunter Renfrow (13) looks for room to run on a punt return during the second half of an NFL game against the Jacksonville Jaguars at TIAA Bank Field on Sunday, Nov. 6, 2022, in Jacksonville, Fla. The Raiders lost to the Jaguars, 27-20. (Heidi Fang/Las Vegas Review-Journal) @HeidiFang 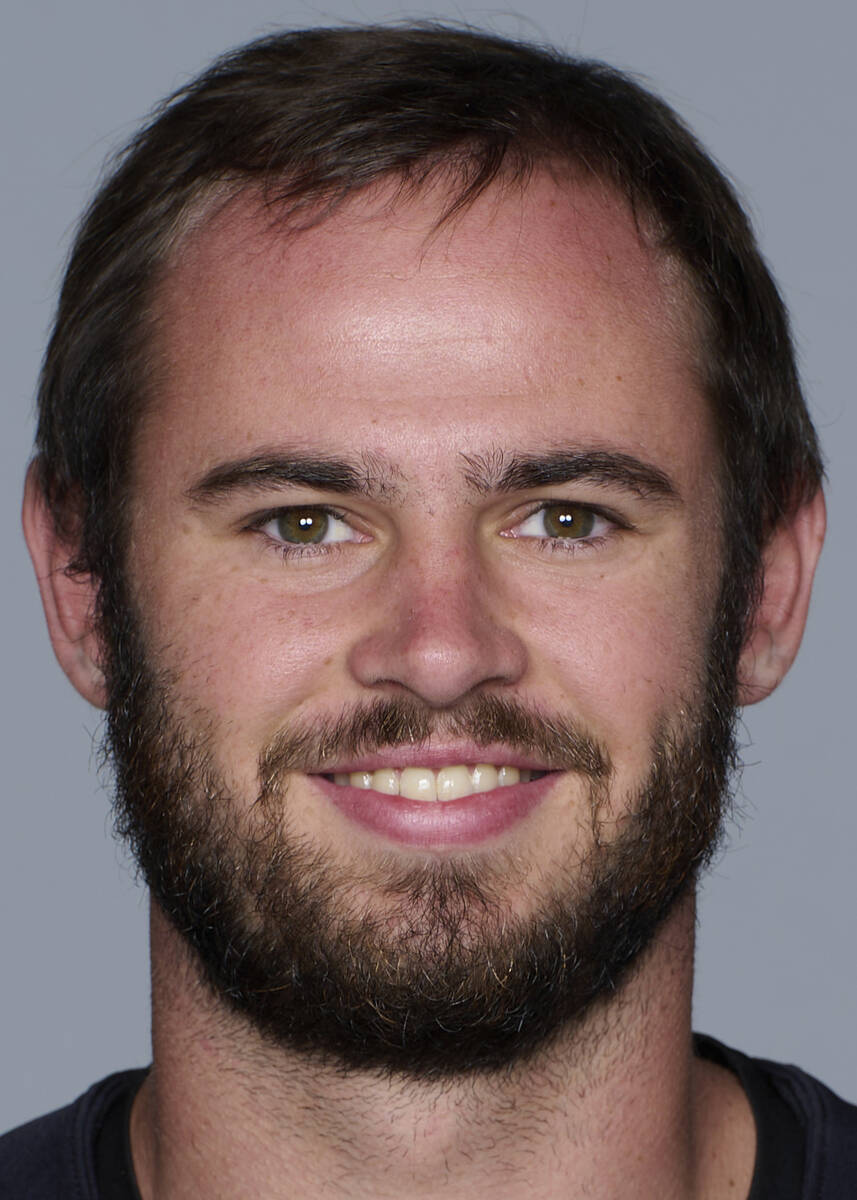 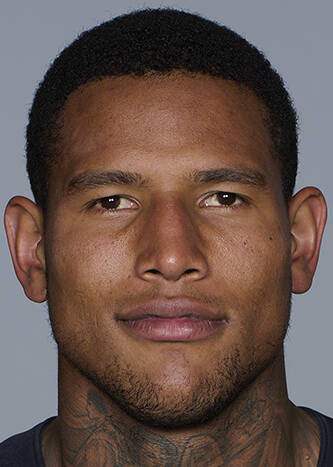 The Raiders had barely gotten dressed Sunday night after their 27-20 win over the Chargers when their focus shifted from what just happened to what comes next.

In this case, it’s the defending Super Bowl champion Rams on a short week Thursday in Los Angeles.

As a result, the normal 24-hour rule afforded to teams to either enjoy or mull over the results of a Sunday game was negated. Before they left Allegiant Stadium, the Raiders (5-7) were mentally already on to the 3-9 Rams.

The question now is, will Darren Waller and Hunter Renfrow be joining them? Both are eligible to return from the injured reserve list, but the short turnaround to Thursday means the Raiders will trade normal practices on Monday, Tuesday and part of Wednesday for walk-throughs.

Renfrow and Waller have been sidelined for the last four weeks — not just from games but practices as well. It seems dubious the Raiders would roll one or both onto the field on Thursday without the benefit of even one practice in nearly a month.

“Obviously, with no practice and those kinds of things, it’s a little bit of a unique situation, I would say,” Raiders coach Josh McDaniels said Monday morning. “We’re going to have some discussions I think later this morning once we kind of get a handle on where our team is relative to the health of it from yesterday’s game.”

One factor that could play into a decision is the Raiders’ current depth at tight end.

With Jesper Horsted sidelined Sunday with a concussion, they suited up just two tight ends against the Chargers. Then, during the game, Foster Moreau was taken to the locker room after taking a nasty fall along the sidelines. Moreau later returned to action, but it’s fair to wonder what his condition is with only four days in between games.

That could change the timeline on Waller. “You got to be careful a bit and try to make a smart decision,” said McDaniels. “But we’re going to kind of let the health of the team, I’d say, assist us in some of those discussions.”

As for the rest of the team and staff, the focus for the next two days will be much more about above the shoulders than taxing physical work. The mental work had begun long before the Raiders took the field against the Chargers as support staff worked behind the scenes to get a leg up on preparation for the Rams.

“The coaches did a great job of working ahead Friday, Saturday and probably a little bit this morning just to prepare and be ready to go for tomorrow morning,” McDaniels said. “The great thing about a Thursday game is both teams are in the same boat. So we’re going to cram, they’re going to cram, and nobody’s going to do a whole lot physically in the next few days.”

The Rams have changed dramatically since winning the Super Bowl last February and will play Thursday without starting quarterback Matthew Stafford and wide receiver Cooper Kupp. Meanwhile, defensive tackle Aaron Donald is expected to miss a second straight game with an ankle injury.

Preparing for a non-conference foe is always tricky, especially on a short week, but the Rams are also a bit of an unknown at this point.

“It’s a team we don’t know. You know what I mean?” said McDaniels. “Our guys will eventually make their way in here today, just to start to get familiar with who they’re going to be aligning against and how they play, and the strengths and weaknesses of the players before we even get into the scheme tomorrow.

“So, the short weeks are what they are. They don’t have an advantage over us, and we don’t have one over them. So, we’re just going to pour into the film, and we’ll learn who they are over the next few days.”