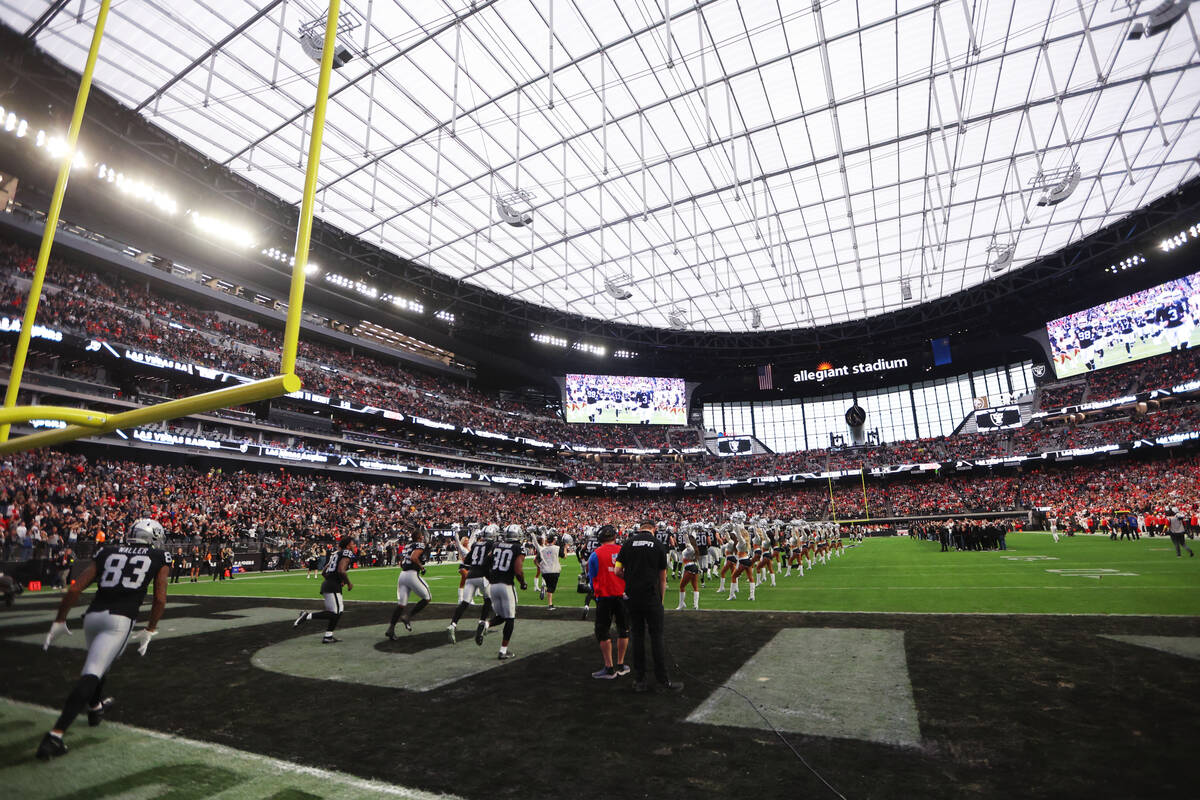 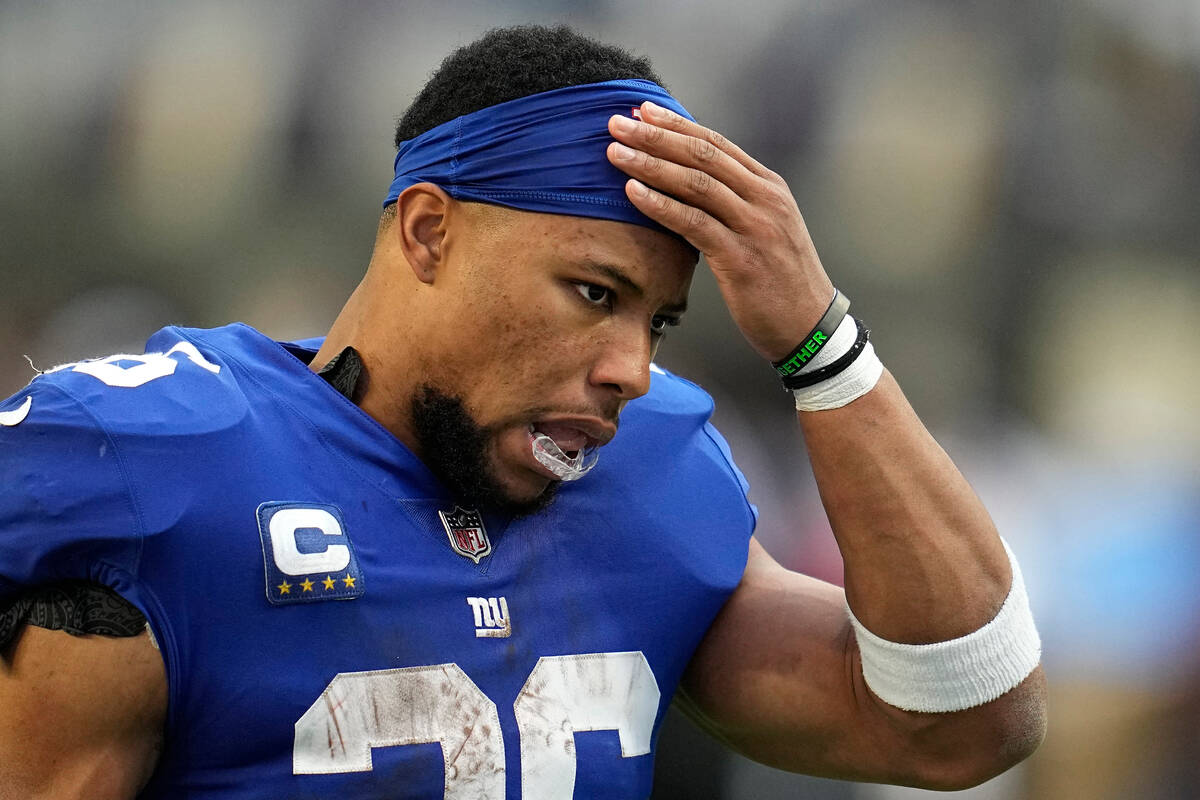 New York Giants running back Saquon Barkley (26) walks off the field at halftime of an NFL football game against the Minnesota Vikings, Saturday, Dec. 24, 2022, in Minneapolis. (AP Photo/Abbie Parr)

The Raiders know their opponents for 2023 now that all of the 2022 regular-season games have been played.

The Pittsburgh Steelers and New York Giants will play at Allegiant Stadium as a result of finishing third in their divisions.

They will be part of a nine-game home slate for the Raiders in 2023.

A visit to Indianapolis was also locked in with the Colts finishing third in the AFC South.

Home-and-home dates with each of the other three AFC West opponents make up six games on the schedule. Crossover games against the AFC East and NFC North make up another eight games.

Dates for all 17 games won’t be announced until May.