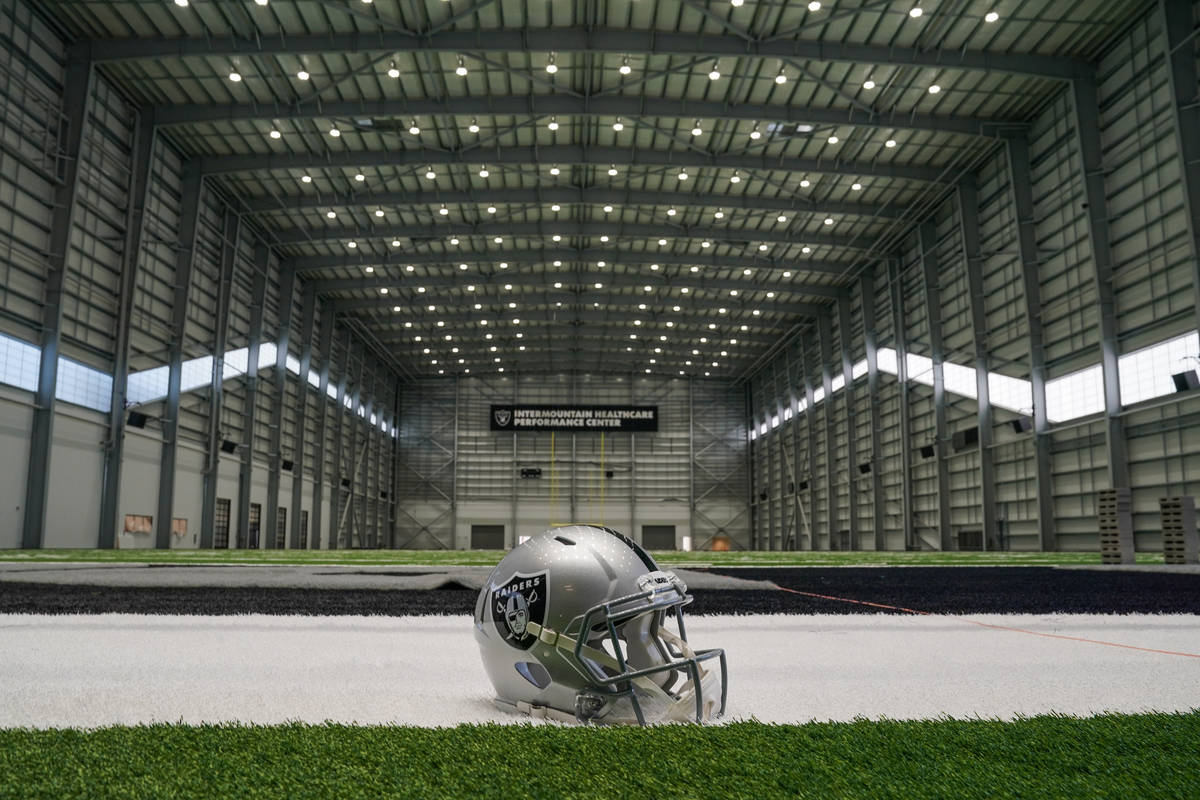 A Raiders helmet sits in one of the end zones in the field house of their Intermountain Healthcare Performance Center in Henderson. The facility features 1.5 NFL fields to allow players to practice when the temperature is too high outside. (Matt Aguirre/Las Vegas Raiders)

As teams across the NFL begin to resolve whether to participate in voluntary offseason programs, the Raiders have not yet made a decision on the matter.

According to a person with knowledge of the situation, Raiders players will meet on Wednesday to “get a feel for where everyone’s at.”

Members of the Raiders, one of the younger teams in the NFL, have been gathering at local parks in Las Vegas to get in voluntary work, and players have been working out at the team’s headquarters in Henderson in alignment with NFL rules on offseason participation at club facilities.

The matter has come to a head in recent days after NFLPA president JC Tretter and union leaders have begun urging players to avoid OTAs for various reasons, including continued concerns over COVID-19.

The Denver Broncos and Seattle Seahawks both released statements through the NLFPA saying they will skip their teams OTAs.

The Broncos cited the ongoing pandemic in their statement, while also pointing to a high level of play last season in the NFL in spite of the all-virtual OTAs teams participated in because of COVID-19.

“Despite having a completely virtual offseason last year, the quality of play across the NFL was better than ever by almost every measure,” the Broncos statement read. “We hope players across the NFL work with our union as we did to get all the facts so every player can make an informed decision.”

Although the prevailing sentiment from Raiders leaders is to practice as normal during OTAs and minicamps, if they are allowed, the club will also adjust accordingly depending on what the league and players decide, according to a person with knowledge of the situation.