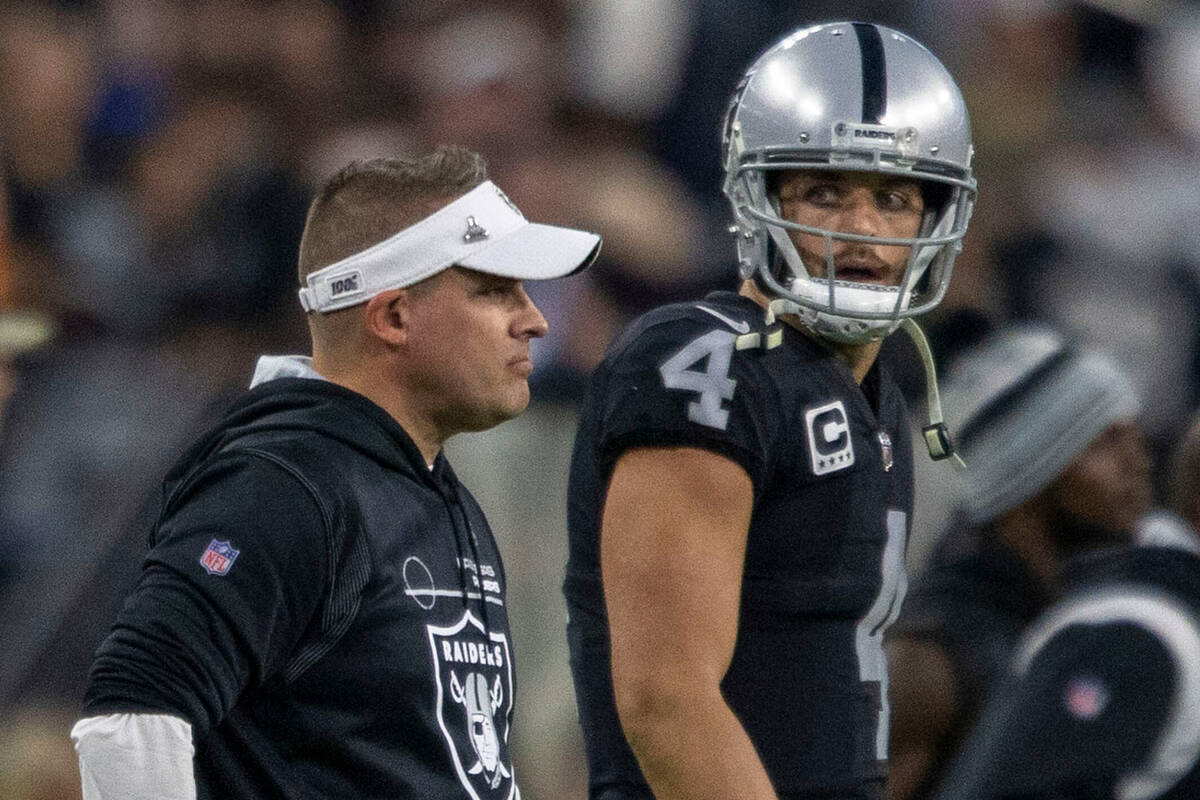 There were extra water bottles on the Raiders’ practice field this week. They had nothing to do with keeping the players hydrated.

Sunday’s forecast, as is typical for Seattle, calls for a possibility of rain at 1:05 p.m. when the Seahawks host the Raiders at Lumen Field.

It would be one of the first times this season the Raiders would have to deal with the elements during a game, so they are taking extra precautions to be ready.

“I’ll take a water bottle and just make sure I spray the ball, spray my hands, make it as hard as possible,” Derek Carr said of how he prepares for such situations. “For the receivers, they spray their hands, and we do our drills. And I do it with the center and the running backs. You want to make it as tough as possible so that when you get to the game, you’re like, ‘Oh, it’s not even that bad.’”

His center, Andre James, does everything he can to be prepared. He believes his mental approach is even more important.

“Honestly, the thing is to do all you can to be ready just in case, but then go into the game and not think about it,” he said. “Just keep your technique and don’t obsess over it.”

In addition to the on-field preparations, there has been some monitoring of the forecast. Temperatures are supposed to be in the mid-40s with a moderate wind. The chance of precipitation has bounced back and forth between about 30 and 80 percent throughout the week.

Carr admits he has checked, even though others are tasked with following the weather reports. But he’s been around the league long enough to know nothing is certain when it comes to the forecast.

“Even if there’s a chance, even if it doesn’t say it on the radar six days out, or whatever it is at that time, you still practice it and get ready for it,” he said. “I’m always doing that. This week is no different.”

Fortunately, it’s not a weekly concern. The Raiders play their home games indoors, and three road games are in controlled environments this season.

But this game and the Christmas Eve game in Pittsburgh have the distinct possibility of being played in adverse conditions.

Carr said it depends on the specific conditions what task is most difficult. It could be taking the snap, gripping the ball or even just finding the right release point.

Even the slight differences in the ball could determine which process is most compromised.

“Really it’s just making sure that the operation — the snap and those kinds of things — are smooth,” he said. “Then when you go to throw the ball, you try your best to be as pinpoint as possible, knowing that in that kind of weather it may veer a little bit. But you make sure the operation of handling the ball, handing it off — all of those things — are clean.”

Coach Josh McDaniels is somewhat new to needing to simulate bad weather. He spent most of his coaching career in places where the natural climate would provide opportunities to deal with things like cold, rain and snow at practice. Players would get the reps they needed in those conditions when it actually rained, snowed or was cold outside.

“We’re not going to have the sprinkler system on when we’re practicing,” he said with a laugh. “But we’ll do as much as we can to try to simulate some of the things that I think our guys don’t have as much repetition at the best we can do right now, unless we go try to find a rainy place and go spend the week there.”

He said the noise is another concern, considering Lumen Field’s reputation as one of the loudest stadiums in the league.

“The noise preparation will be the same as we’ve done, I’d say, with Kansas City and a handful of other places, like Denver,” he said.

Then they’ll take the field hoping the work is for naught and they get good weather that allows them to start fast and take the crowd out of the game.