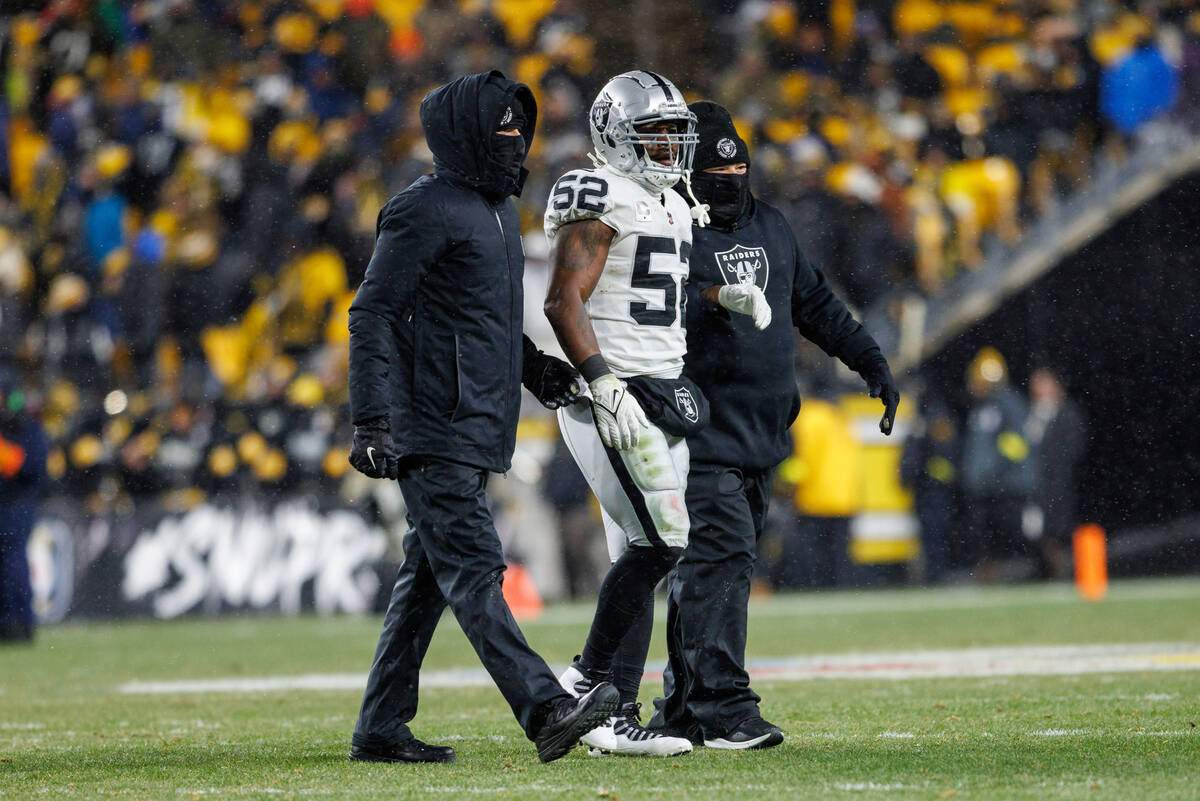 Linebacker Denzel Perryman suffered a shoulder injury, and defensive end Chandler Jones hurt his elbow during Saturday’s loss at the Pittsburgh Steelers. Both left the game.

Their absences should allow the Raiders to get younger players more reps in the final two games, but coach Josh McDaniels said the team doesn’t have plans to shut down all the starters.

“You guys know, we’ve been playing a bunch of young guys all year,” McDaniels said. “Linebacker, corner, safety, offensive line. We’ve basically been doing that all year long, so this is not a situation where we’re going to empty the practice squad and do that. We’re going to field the best group that we can to go out there and compete and win.”

Quarterback Derek Carr was the only player to not practice Wednesday.

Carr’s absence was for personal reasons, according to the team. A few hours before practice he was told he had lost his starting job and would be inactive for the final two games.

Running back Zamir White (ankle) and cornerback Rock Ya-Sin (knee) got in limited sessions after missing Saturday’s game. Ya-Sin has not played since Dec. 4 against the Chargers.

Offensive tackle Jackson Barton was limited with a back injury he has been dealing with the past several weeks.

Rochell, a seventh-round pick of the Chargers in 2017, was signed off the Browns’ practice squad. He has played in six games this season and has 69 career appearances, including 10 starts, with three teams. The former Notre Dame player has 9.5 career sacks.

Langi was added to the practice squad last week. The former Brigham Young player has two stints with the Patriots and has played in 43 games with 10 starts.

Offensive lineman Vitaliy Gurman was restored to the practice squad from injured reserve.