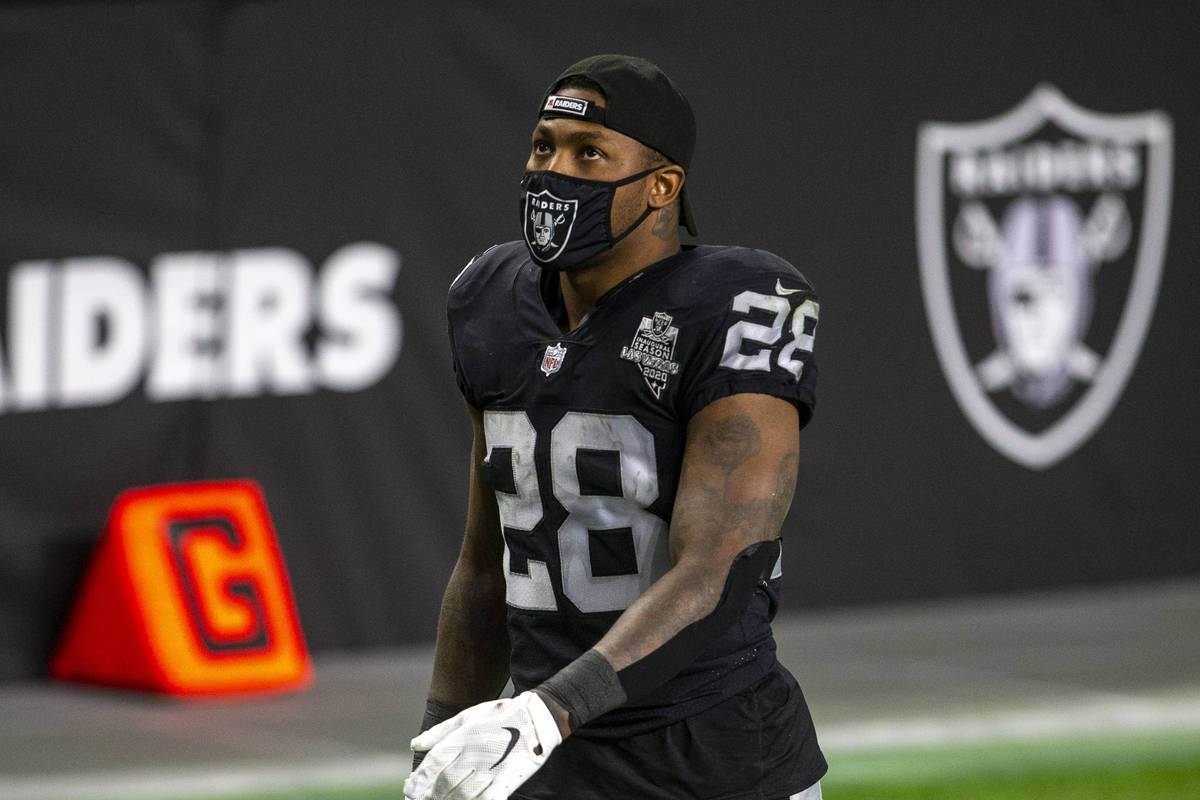 Raiders running back Josh Jacobs (28) heads to the locker room during the second quarter of an NFL football game against the Miami Dolphins on Saturday, Dec. 26, 2020, at Allegiant Stadium in Las Vegas. (Heidi Fang/Las Vegas Review-Journal) @Heidi Fang 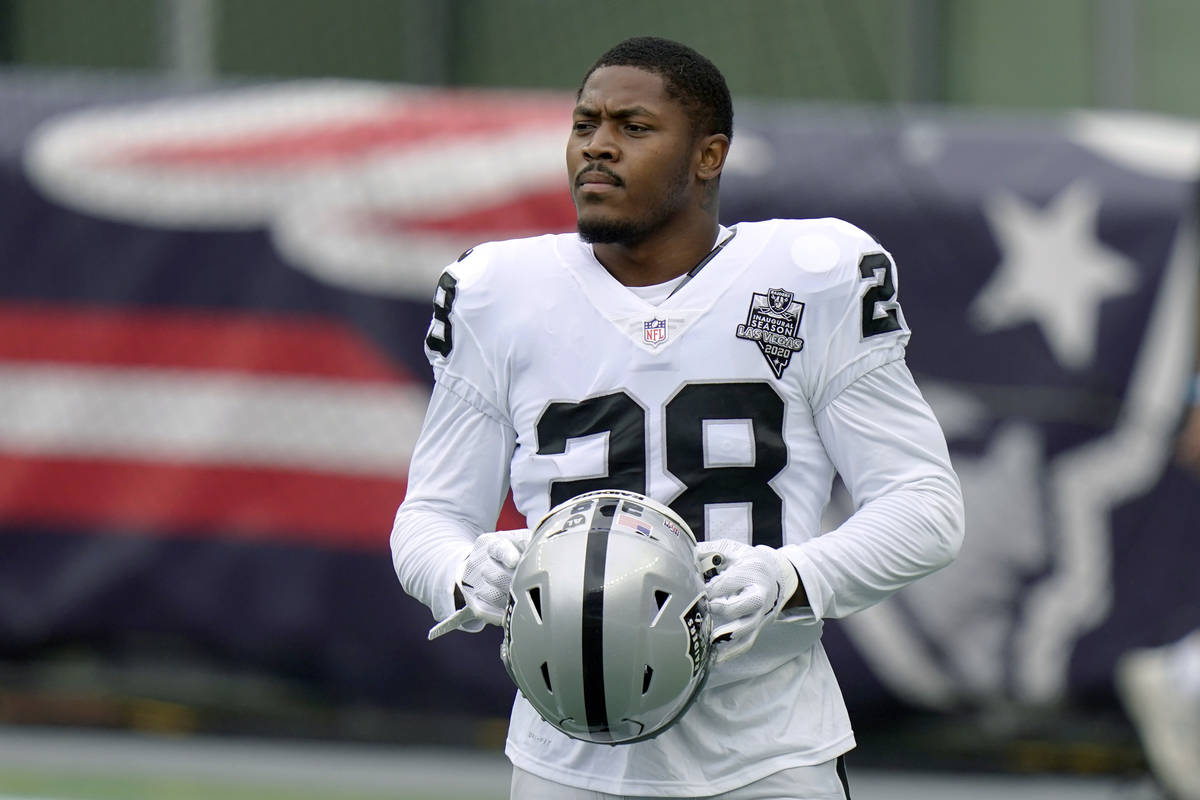 Raiders running back Josh Jacobs will not be charged with driving under the influence after a blood test indicated his blood-alcohol content was below the legal limit in Nevada, a prosecutor with the Clark County district attorney’s office said Monday.

“His blood-alcohol level was below 0.08 within two hours at the time of his driving,” said Chief Deputy District Attorney Eric Bauman.

Jacobs was involved in a single-car crash early Jan. 4. Police said Jacobs, 22, was found behind the wheel of a 2019 Acura NSX that crashed in the tunnel connector at McCarran International Airport at 4:42 a.m. Police had said they smelled alcohol on Jacobs.

Bauman also said police were unable to conduct field sobriety tests shortly after the crash because Jacobs was receiving medical treatment. Jacobs suffered a large gash to his forehead in the crash.

“We weren’t able to conduct those (field sobriety) tests,” Bauman said. “Beyond that, we have an odor of alcohol, his driving pattern and nothing further.”

Las Vegas Justice Court records show Jacobs faces a single misdemeanor count of failure to decrease speed or use due care under certain circumstances. His attorneys, David Chesnoff and Richard Schonfeld, issued a statement thanking prosecutors for their diligence in the case.

“Josh appreciates the district attorney’s thorough and complete review of the accident and we would like to thank the EMS and law enforcement at the scene,” the statement read.

The Raiders had returned to Las Vegas from their season-ending win over the Denver Broncos the evening prior to the accident.

Jacobs, a first-round pick in 2019 out of Alabama, finished the season with 1,065 yards and 12 touchdowns on 273 carries to earn a spot on the AFC Pro Bowl team.