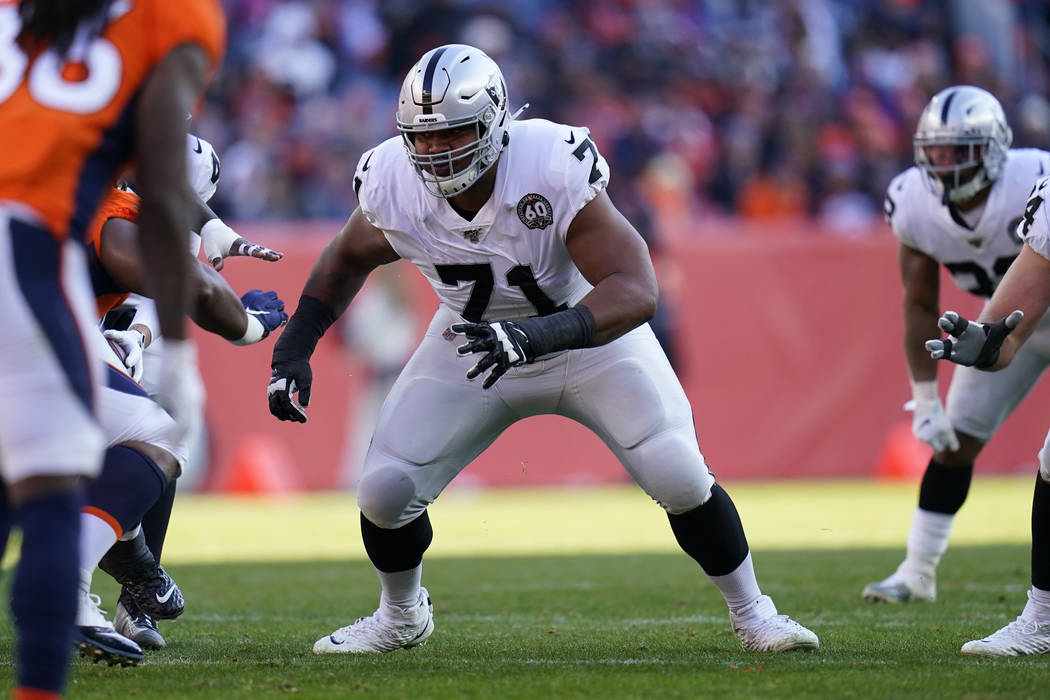 Oakland Raiders offensive tackle Denzelle Good during the first half of an NFL football game against the Denver Broncos, Sunday, Dec. 29, 2019, in Denver. (AP Photo/Jack Dempsey) 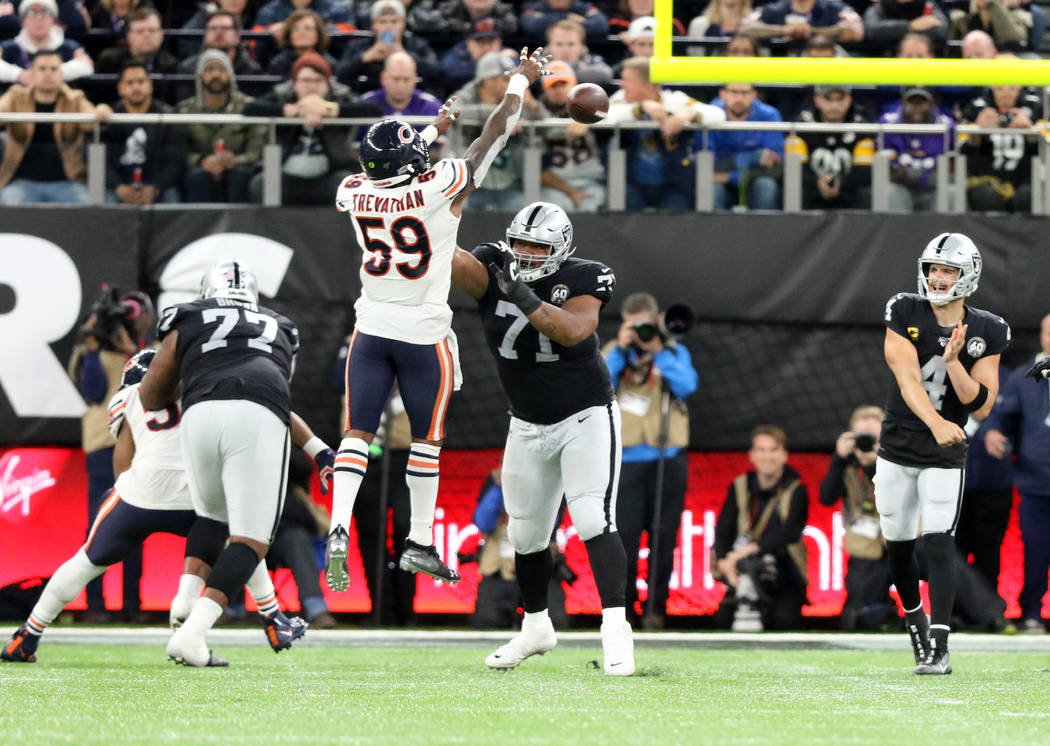 Good appeared in a career-high 16 games for the Raiders this season and made five starts between right and left guard. He started the final two games at left guard in place of injured Richie Incognito.

The Raiders acquired Good off waivers from Indianapolis near the end of the 2018 season. The 6-foot-5-inch native of Gaffney, South Carolina, was drafted by the Colts in the seventh round in 2018. He’s made 28 starts and appeared in 46 games with the Colts and Raiders while playing guard and tackle.

The Raiders’ offensive line improved dramatically this season with the additions of Incognito and right tackle Trent Brown, along with the solid play of center Rodney Hudson, right guard Gabe Jackson and left tackle Kolton Miller, and the depth provided by Good and David Sharpe. As a result, the Raiders surrendered the eighth-fewest sacks in the NFL at 29, and running back Josh Jacobs ran for a franchise rookie record 1,150 yards in 13 games.