A 2016 first-round draft selection by the Raiders, safety Karl Joseph has returned to the team after spending the 2020 season with the Cleveland Browns. (Heidi Fang/Las Vegas Review-Journal) 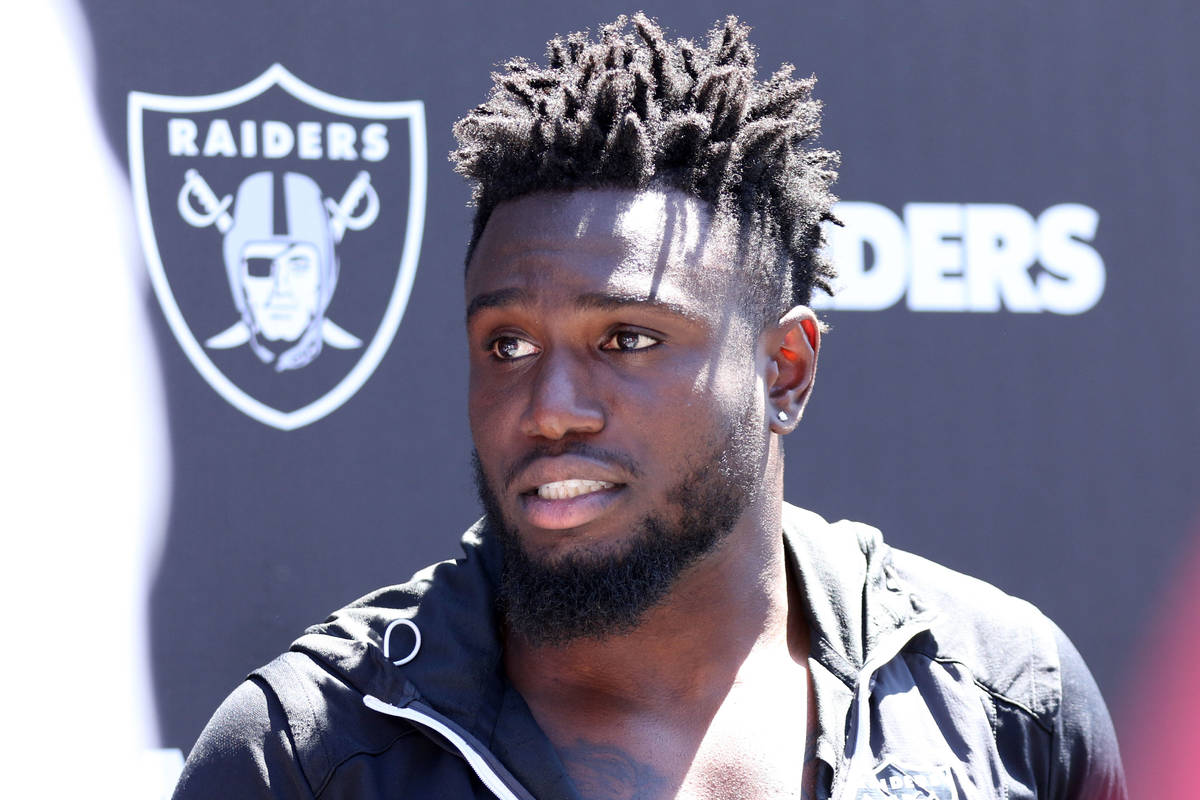 The Raiders reached back to their past Friday to provide help in the secondary. By bringing back veteran safety Karl Joseph after one season apart, they reversed a breakup Joseph was opposed to in the first place.

“I never wanted to leave,” Joseph said. “This is my home. I was drafted here. I feel like I was born to be a Raider.”

All of which he expressed to Raiders head coach Jon Gruden during a lengthy visit on Thursday at the club’s headquarters in Henderson. Upon taking time to mull over things after the Raiders expressed interest in a reunion, Joseph made the decision on Friday to reunite with the team that drafted him in the first round in 2016 and for whom he totaled 236 tackles and four interceptions over four years.

“It felt like the right decision was to come back and help finish what I started here and be a part of that,” Joseph said.

The former West Virginia standout spent last season in Cleveland and finished with 64 tackles, one interception and two fumble recoveries while helping the Browns get to the playoffs.

But his heart remained with the Raiders, whose decision to not pick up his fifth-year option in 2020 was more about injury concerns rather than questions about his talent. Joseph was unable to play a full 16-game schedule during his four seasons with the Raiders, including a 2019 season that was limited to just nine games.

But after struggling at the safety spot in 2020, the Raiders were looking for a proven commodity to help stabilize the back end of their defense.

Joseph has experience playing free and strong safety and will compete for time at each spot. But with the Raiders presently lacking a starter at free safety, he could end up being the answer at that spot opposite strong safety Johnathan Abram.

The Raiders finished last season a disappointing 8-8, and defensive woes were the primary culprit in a handful of late-season losses that sabotaged their playoff hopes. But Joseph believes they are close to being a legitimate playoff contender.

“All the pieces are there,” Joseph said. “I think we’re ready to win. So whatever I’m going to need to do to help us win, that’s what I am going to do.”

The Raiders are expected to address the secondary, including free safety, in the draft.