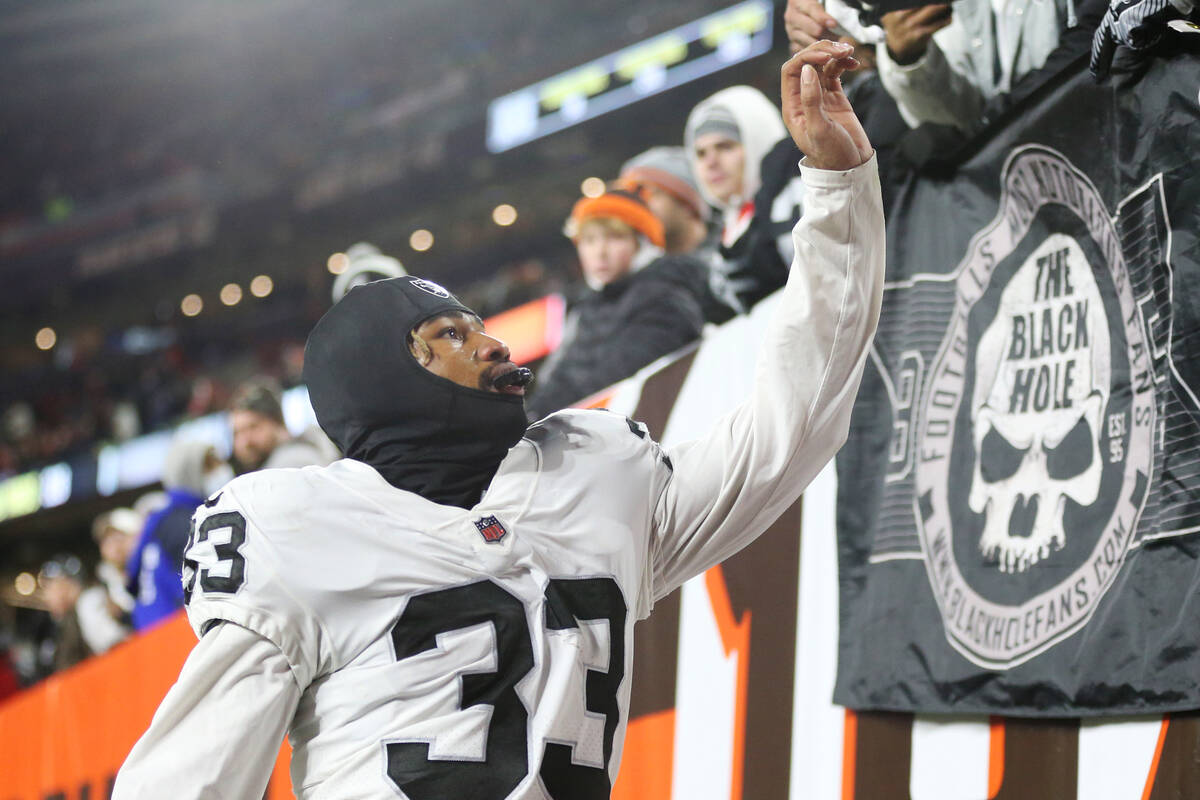 Raiders wide receiver Bryan Edwards will spend Christmas Day preparing himself for a pivotal AFC West battle against the Broncos on Sunday at Allegiant Stadium.

His favorite Christmas memory involves a far less organized game back when he was a kid in South Carolina.

“I grew up in a neighborhood with a lot of kids,” the 23-year-old said. “One year, we all got RipStiks, the little skateboards you had to learn to ride. The whole neighborhood had them, and we were out there playing football on them, pushing each other off of them. It was like 10 of us. It was a really good time.”

He said his family holidays were very traditional.

“Maybe just watching a movie, like ‘Home Alone,’ and being with the family,” he said. “Eating food and opening presents. That’s usually what it is.”

Linebacker Denzel Perryman returned to practice in a limited capacity Thursday for the first time since injuring his ankle against Washington on Dec. 5.

The Pro Bowler expressed optimism Wednesday that he would be able to play this week. His upgrade seems to put him on the right track.

Star tight end Darren Waller appears to be trending in the other direction. He was once again a non-participant.

Starting right tackle Brandon Parker did not practice because of a knee injury after getting in a limited session Wednesday, making his status one to monitor Friday.

The Raiders added two more names to the reserve/COVID-19 list Thursday as 46 players around the league tested positive for the virus.

Backup offensive lineman Jermaine Eluemunor and safety Roderic Teamer were placed on the list by the Raiders.

Teamer was expected to step into a much more prominent role for the defense this week after starting safety Johnathan Abram suffered a season-ending shoulder injury against the Browns.

The Raiders signed defensive back Tony Brown to the practice squad Thursday.

Brown, a cornerback who played collegiately at Alabama, was on the Raiders’ practice squad from Oct 13 until Nov. 1 when he was released.

He has returned with the Raiders facing depth concerns in the secondary because of injury and COVID.

Tight end Matt Bushman was released from the practice squad to clear a spot for Brown.

The Raiders know they are preparing for a different style quarterback with Drew Lock under center for the Broncos as opposed to Teddy Bridgewater.

Defensive coordinator Gus Bradley believes Denver could take more chances downfield with Lock, particularly with his confidence and the talented receivers on the roster.

“I think you see when Lock came in the game (last week) there were a couple 20-yard pass completions back-to-back, I believe, in the game,” Bradley said. “So he is a guy that believes in his arm strength. He has a quick release, makes quick decisions.

”It’s good to have the week to kind of prepare for it and know kind of what we are facing.”