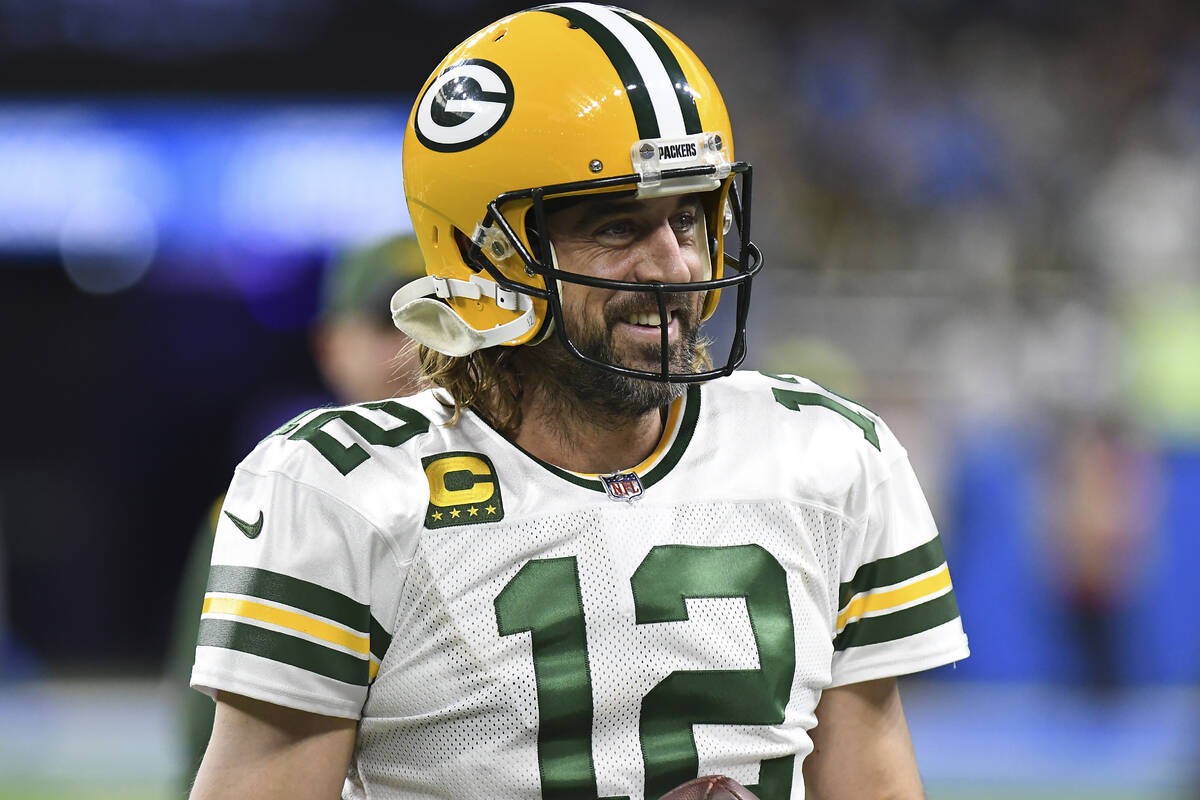 Packers quarterback Aaron Rodgers confirmed in his weekly appearance on “The Pat McAfee Show” that he had texted Raiders quarterback Derek Carr before Sunday’s win over the Chargers.

After the victory that clinched a playoff berth, Carr indicated Rodgers had shared some words of encouragement before the game.

Rodgers said the two became friends through receiver Davante Adams, who played with Carr at Fresno State and now stars for the Packers.

“I’m happy for Derek,” Rodgers said. “I’ve known him for a long time and I enjoy keeping in touch with him. I’ve enjoyed our conversations. I think he’s a really respectful guy. He’s been through a crazy amount of adversity this season with what happened to Jon [Gruden] and all the moving parts. I just sent him some encouragement before the game just because I do enjoy him as a person and how he handles his business.”

Defensive tackle Johnathan Hankins missed another day on the practice field as he did not participate in Wednesday’s walkthrough session.

He was able to play 29 snaps on Sunday despite knee and back injuries, but hasn’t been able to practice this week.

Safety Tre’von Moehrig was upgraded to full participation after he was limited Tuesday with a shoulder injury.

No official status was listed for linebacker Nicholas Morrow, who has missed the entire season since suffering an ankle injury in training camp.

He was designated for return from injured reserve on Tuesday Defensive coordinator Gus Bradley said it’s still not clear if or when Morrow will be able to return to game action.

“We’ll see how it went today,” Bradley said of waiting to see how Morrow’s body responds to a practice. “It’s great to have him back and just get a chance to see him and see his movement and where he’s at. He’s worked his tail off these last couple months to put himself in this position. He’s a guy that’s been in every meeting, takes meticulous notes, so that’s what we appreciate about him. He’s on the details. We’ll just see physically where he’s at.”

The Bengals did have a new injury pop up. Wide receiver Tee Higgins has a foot injury. He wasn’t listed on the injury report on Tuesday and was limited on Wednesday, suggesting it’s a new ailment.

Cornerback Casey Hayward knows he was written off by much of the football world after he struggled through the 2020 season with the Chargers.

But the 32-year-old maintained his confidence and rewarded the Raiders for taking a chance on him with a bounce-back season in which he played at a high level and finished as the 15th–ranked cornerback in the league by Pro Football Focus.

“That’s what I expect to do,” he said of his 2021 campaign. “Obviously last year, I had a bit of a down year. I was a little beat up and injured pretty much most of the season. But as a man and as a player you try to fight through some of those things. Overall, I’m just happy with where we are as a team. I always say if I play well we have a chance to win. Hopefully that can continue this week in Cincinnati.”