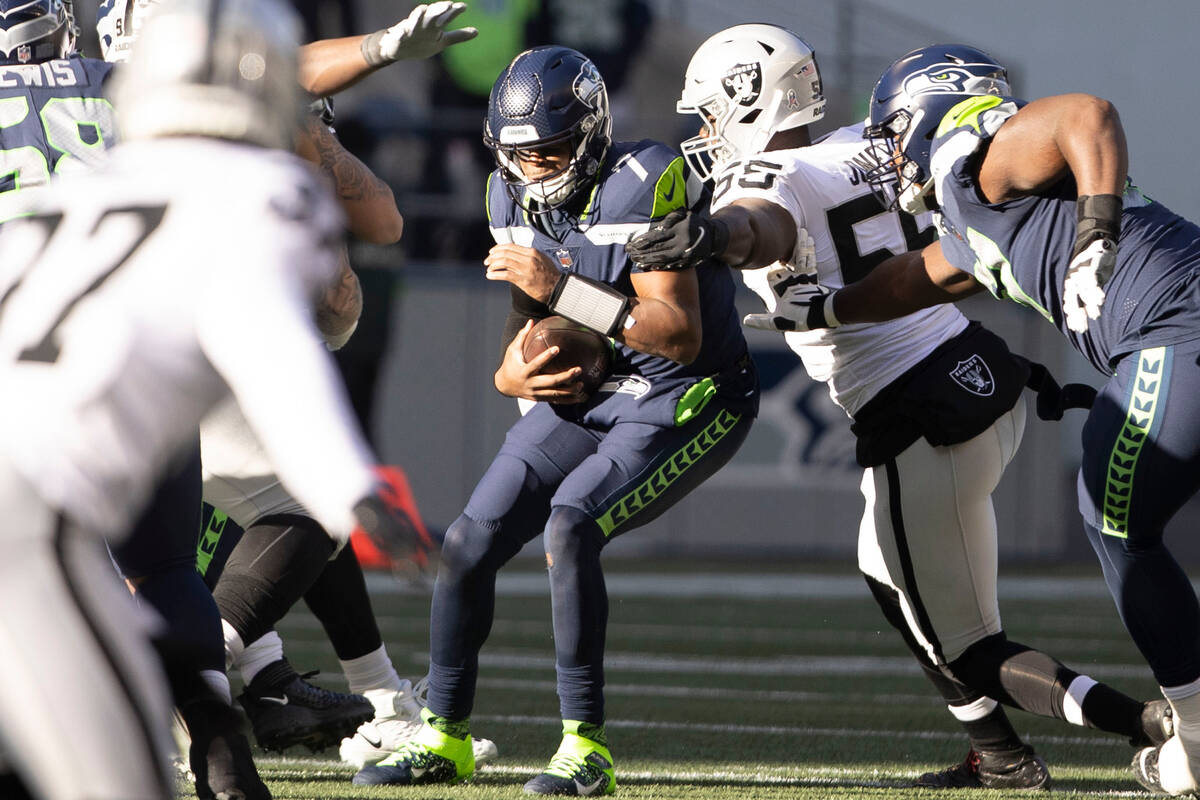 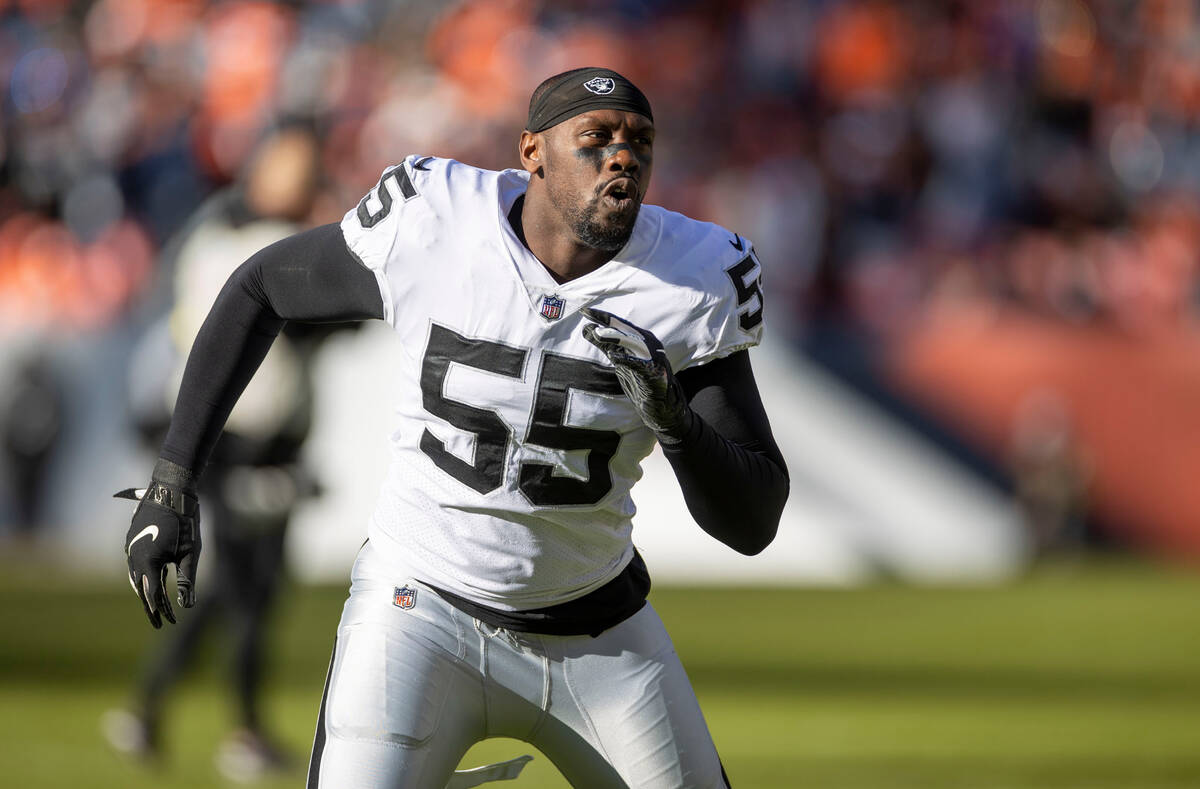 Prized free-agent signing Chandler Jones had his best game of the season in terms of getting after the quarterback Sunday, getting credited with eight pressures in the Raiders’ overtime win over the Seahawks.

While that total was more than the six he had recorded in the previous five games combined and more than half of the 13 he had all season, his teammates refused to call it a breakthrough game for Jones.

“It’s not just that game but every game,” defensive tackle Kyle Peko said. “Chan is such a good leader, and he does for our scheme what needs to be done. I think he’s been great all year. Maybe the stats don’t show it, but he helps in so many areas.”

Peko cited the pressure the interior of the defensive line has generated as a testament to the attention Jones draws outside.

“Look at last game, (Andrew Billings and Bilal Nichols) were tearing it up inside,” Peko said. “But a lot of that is Chandler and Maxx on the edges. I think a lot of teams key on them, and it frees up the inside.”

Jones, who was unavailable for comment this week, has a half-sack in 11 games. He has 108 in 147 career games, but coach Josh McDaniels doesn’t think it’s fair to judge the veteran on the stat sheet alone.

“Chandler’s definitely done a lot of good things all year long,” he said. “It’s just the one number everybody wants to point to all the time, and I get it. But I think he’s been disruptive. … He’s been out there every game, every day. So I think Chandler’s performance (Sunday) mirrored some of the ones that he’s had recently.”

Jones received his best pass-rush grade of the season from Pro Football Focus and his second-highest overall grade for Sunday’s game.

“The way I’ve been watching, he’s been having an impact every week,” Billings said. “I just know he’s been doing his job. It may have shown up more in the stats, but he does a hundred different things each week. He brings us all knowledge, and he’s been a very positive influence on Maxx (Crosby), too. He’s definitely brought another dimension to this team.”

Running back Josh Jacobs (calf) is listed as questionable to play Sunday when the Raiders host the Chargers at Allegiant Stadium.

Jacobs was questionable against the Seahawks and had a record-setting day, culminating in an 86-yard overtime touchdown run to give the Raiders their second straight overtime victory.

All signs this week have pointed to Jacobs again handling his normal workload after his reps were managed in practice.

The Raiders have a short week after the Chargers game, playing at the Los Angeles Rams on Thursday, but McDaniels said that won’t impact the decision on whether to play Jacobs on Sunday.

Four other players drew questionable tags on the final injury report of the week, including defensive tackle Andrew Billings, who was carted off the field Sunday with a fibula injury.

Perryman sparked brief panic about his wrist injury Friday morning with a social media post asking for prayers, but he later said he was quoting song lyrics.

Cornerback Nate Hobbs appears likely to play Sunday assuming there’s no setbacks in his recovery from a broken hand. He has missed the past six games.

Hobbs had a chance to play against the Seahawks, but missed two practices with an illness and was held out.