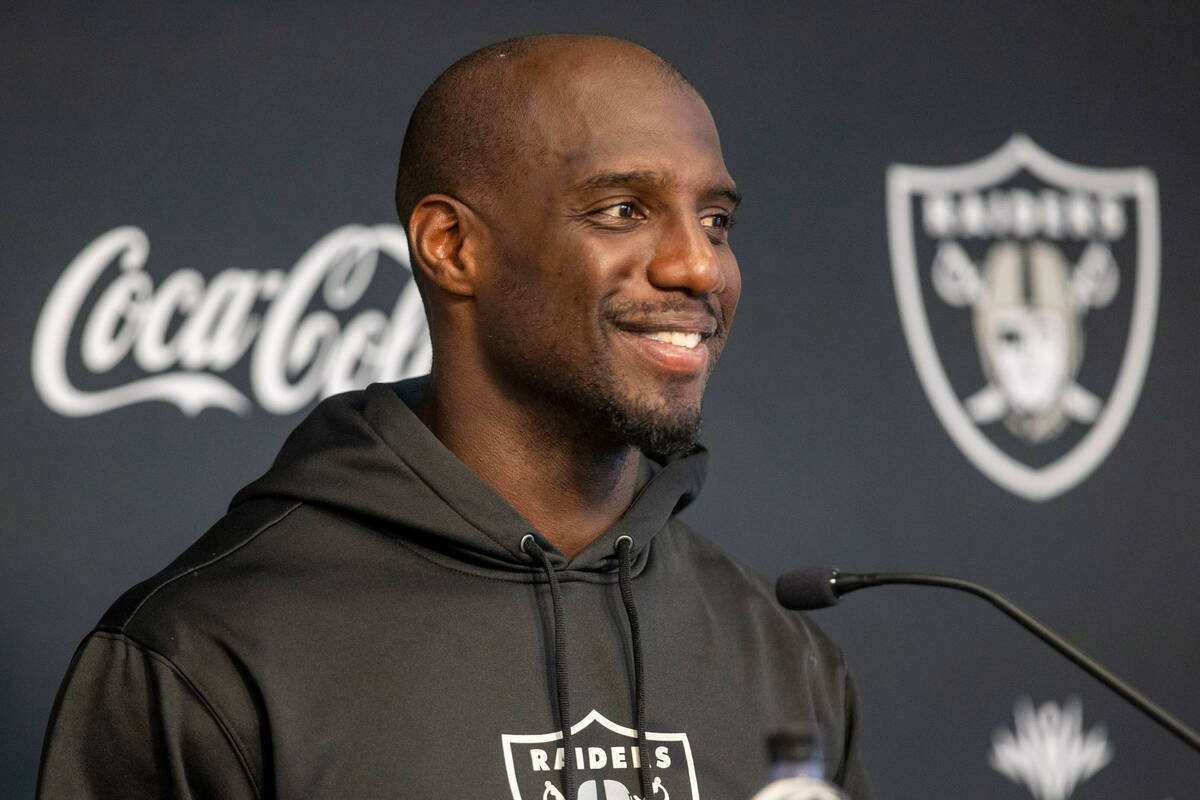 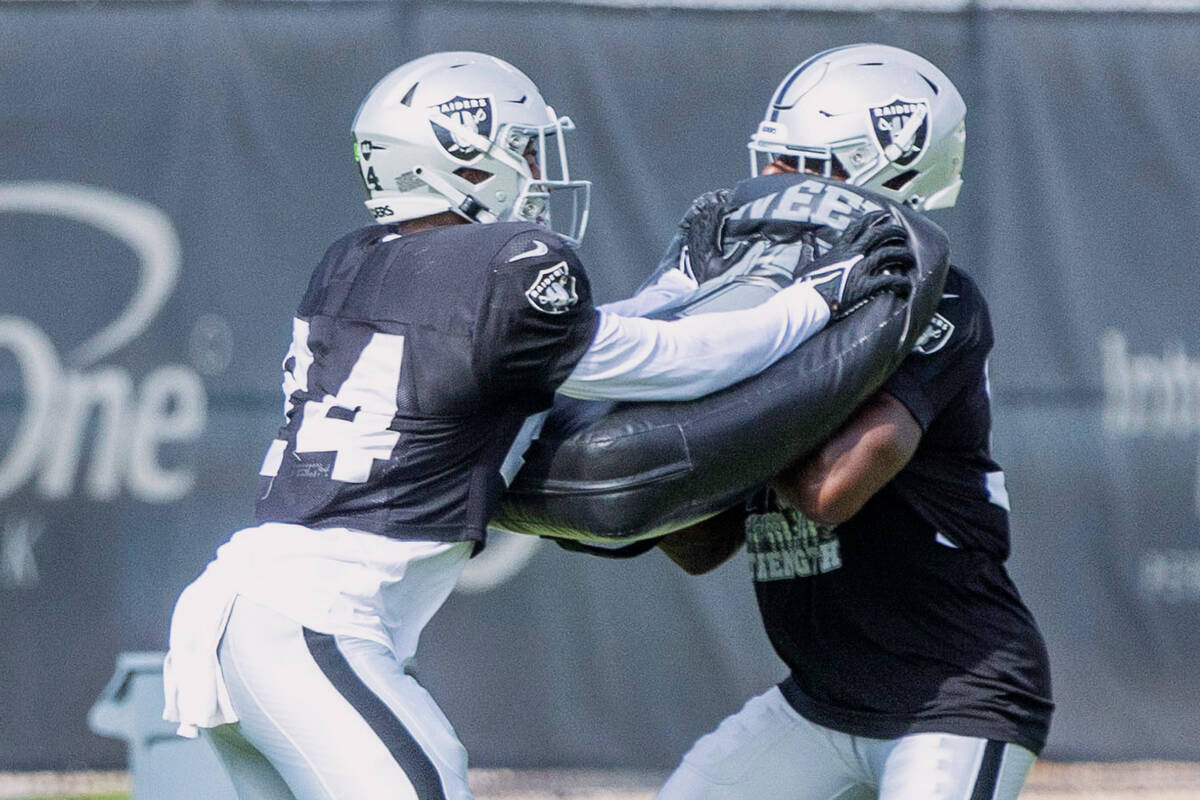 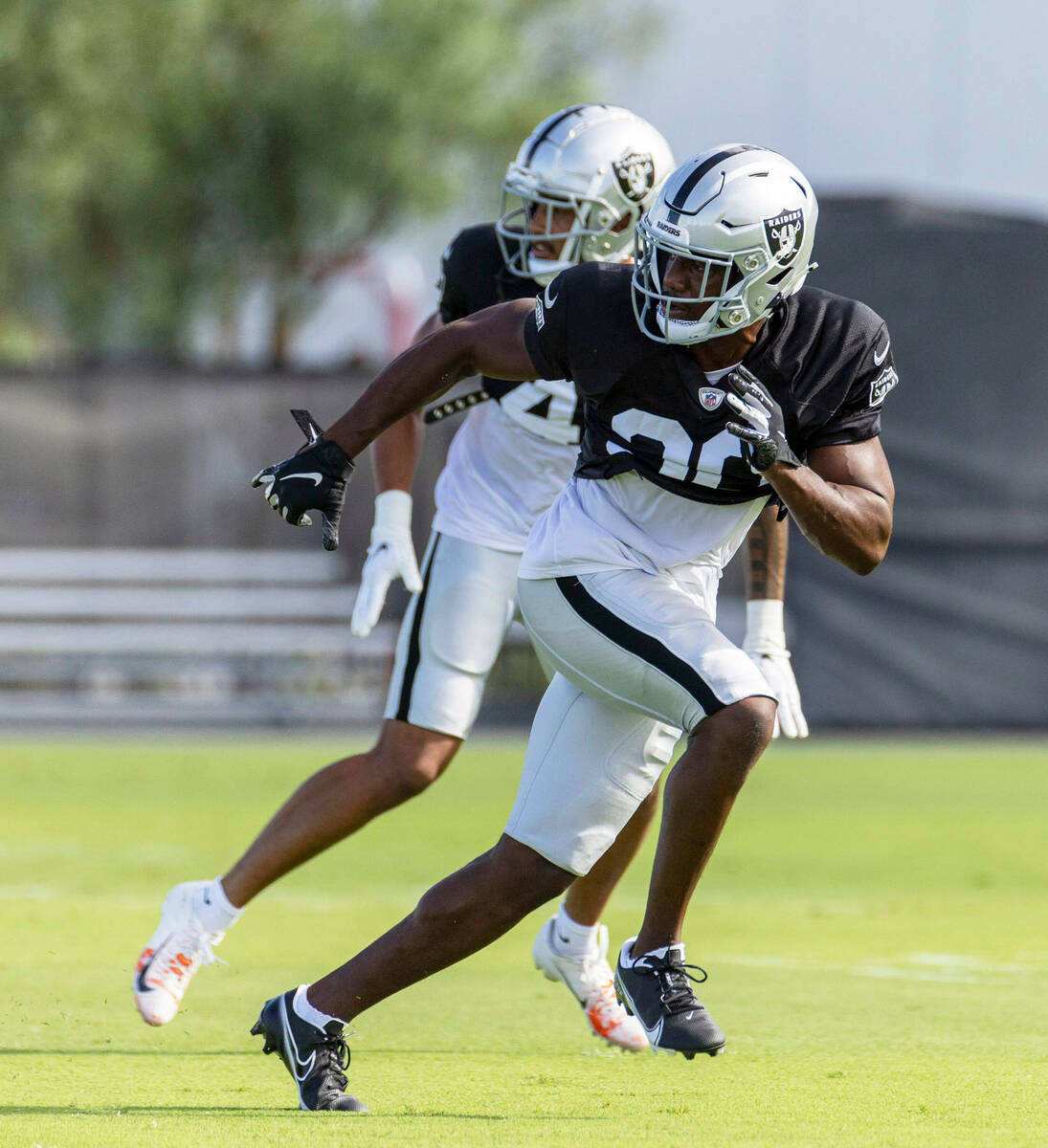 Teammates have raved about the leadership safety Duron Harmon has brought to the locker room in his first season with the Raiders. Now he wants to have that same type of impact on his new city.

Harmon was active in community service and social justice initiatives during his first seven years in New England, but found it somewhat difficult to find his place as he spent one year in Detroit and another in Atlanta over the last two COVID-affected seasons.

“Moving from city to city has been tough trying to really make an impact on the community, but I’m really looking forward to doing some things in Las Vegas,” Harmon said Tuesday after a training camp practice at the team facility in Henderson.

One of his first initiatives will be a karaoke night. He hosted one when he was with the Patriots to benefit autism groups and expects to do it again in the next couple of months in Las Vegas.

Harmon said his go-to jam on the mic is Musiq Soulchild’s “Just Friends,” a performance fans can expect to hear in early December.

He has also done extensive work with the Players Coalition, which was founded by former NFL stars Anquan Boldin and Malcolm Jenkins and aims to “end social injustices and racial inequality so future generations have the opportunity to thrive without barriers.”

Harmon first saw Patriots teammates like Devin McCourty and Matthew Slater get involved with the group and wanted to do his part, particularly because he felt a personal connection.

A decade ago, Harmon says his cousin accepted a plea deal that put him in jail for 10 years largely because he lacked the resources to put up a better defense and was scared of being put away for even longer.

He says he is fortunate to have played for Bill Belichick, Matt Patricia, Arthur Smith and Josh McDaniels, four coaches who have encouraged him to use his voice and his time to improve his community.

Now Harmon wants to bring his passion to Las Vegas.

“We’re trying to see what needs to be done here because there needs to be work done in every city,” he said. “No city is perfect. There’s obviously poorer areas that need resources. I’m not only here to win football games, but also here to make an impact in the Las Vegas community as well.”

The first practice field fight of training camp was a quick one, though not short on action.

Tempers started boiling during a pass-rushing drill where Maxx Crosby was often having his way with the offensive line, getting to the target on nearly every rep except when a blatant hold stifled his progress.

Rookie Dylan Parham got locked up with Crosby at one point and held his own, though the action continued through the whistle.

A couple short jabs were exchanged with helmets still firmly affixed and within moments the players were at the bottom of a pile.

The situation was quickly deescalated and Chandler Jones worked his way toward Crosby to speak with his friend.

Then it was right back to work.

Star tight end Darren Waller was once again absent from Tuesday’s outdoor session. No reason has been given for his extended layoff, which dates back to July 30 when he was last on the field.

Former first-round pick Danny Shelton agreed to a contract with the Chiefs on Tuesday after visiting with the Raiders earlier in the week.

The defensive tackle also visited with the Panthers, but ultimately chose to sign with Kansas City.

Shelton, 28, has made 72 starts over seven years with the Browns, Patriots, Lions and Giants. 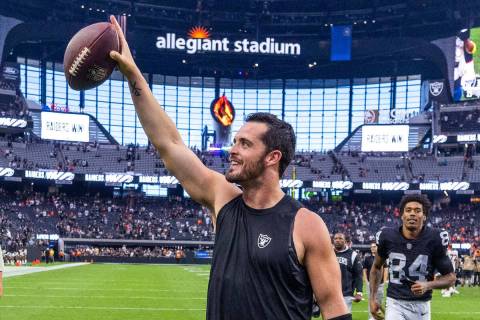