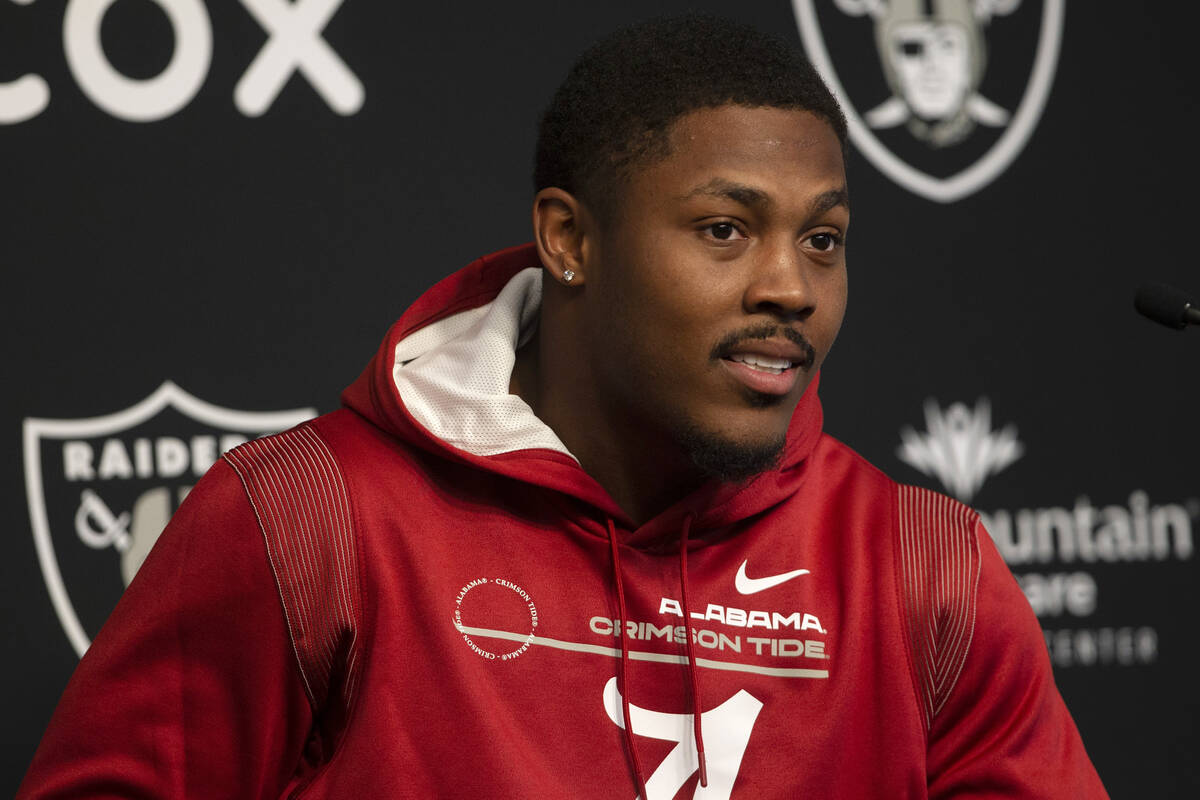 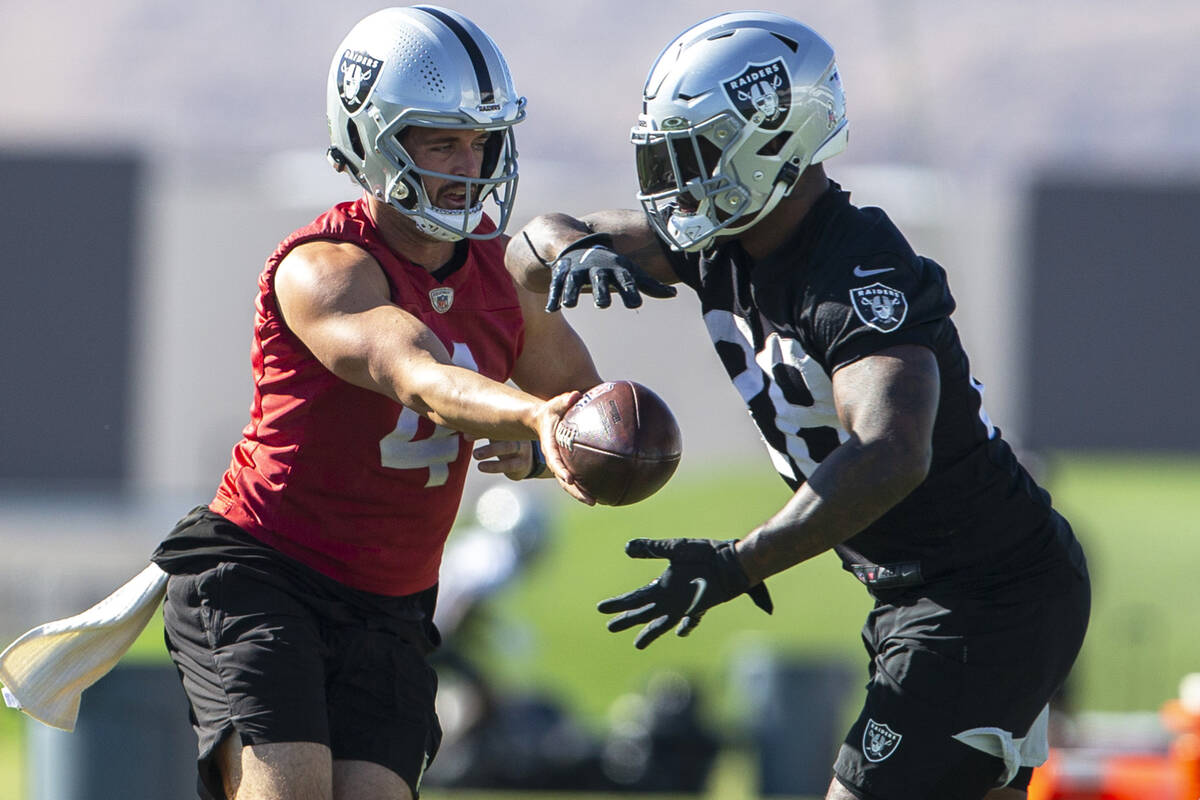 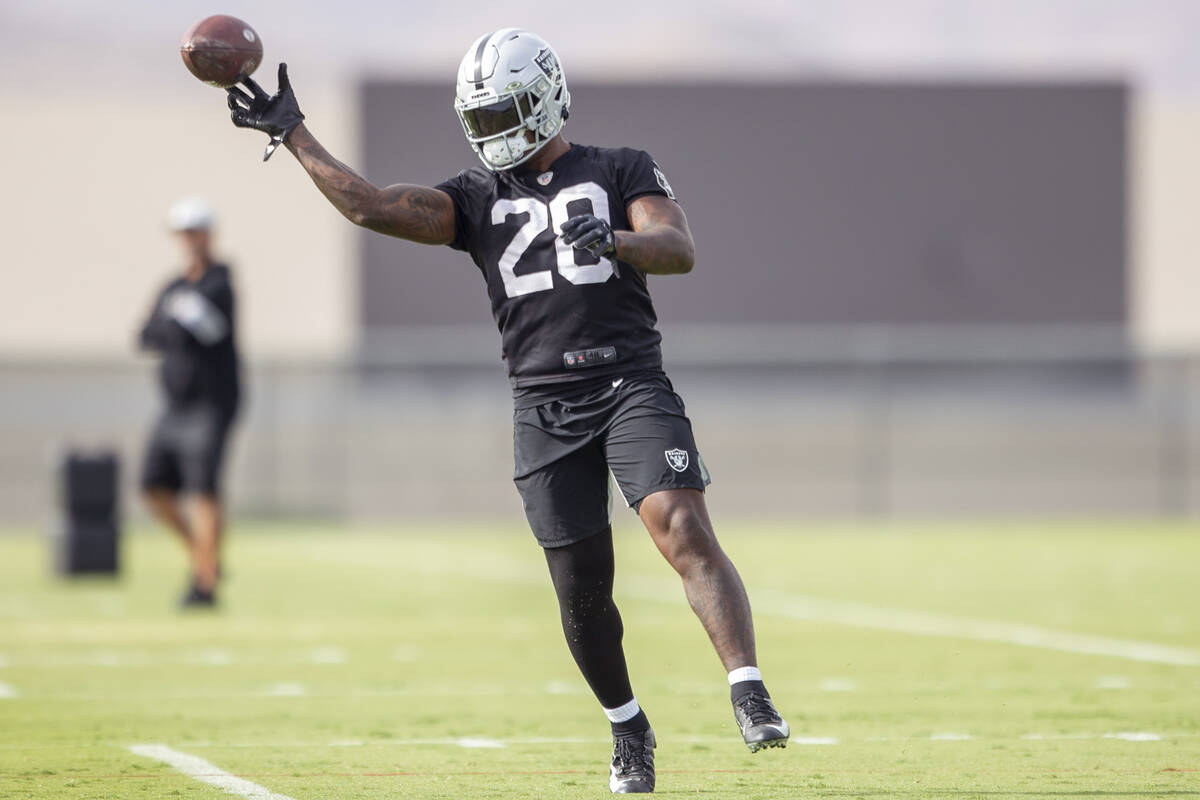 Running back Josh Jacobs said Thursday he has visited with former Raiders and Alabama teammate Henry Ruggs, who is on house arrest while facing DUI charges following a Nov. 2 crash that left a 23-year-old woman dead.

“I’ve been over there a couple times to his house and talked to him and his family,” Jacobs said. “I kept in contact with all of them throughout the whole process. … I know everybody. I’ve been knowing everybody. So it was definitely emotional for me.”

Jacobs acknowledged the team’s tumultuous year, including the Ruggs’ incident and the controversial resignation of coach Jon Gruden, has taken a toll on him.

“I love them dudes,” he said. “With Henry especially, seeing everything around that whole week reminded me of him. He’d be right next to me in stretch. We’d go over offense or defense and he’s right next to me. I’ve spent the last five years with him. I definitely had a deeper emotional (bond) with that. It made coming to practice weird, it made being around people weird for me.”

Jacobs said Ruggs helped him start to move on by telling him to take care of his business on the field.

“I tried to come out the next game in New York and just play,” he said. “I kinda got emotional before that game, but once I stepped on the field, I was just like, ‘I’m gonna put it all on the line.’ It was probably my best game this year. So yeah, just trying to get back to football and the love of the game.”

Running back Jalen Richard (ribs) and cornerback Amik Robertson (hip) were both upgraded to limited participation on Thursday after missing practice on Wednesday.

Cornerback Brandon Facyson was limited by finger and hamstring issues on Thursday after practicing in full on Wednesday.

Wide receiver Dillon Stoner was added to the injury report on Thursday with an Achilles issue, but was able to get in a full session.

Cornerback Keisean Nixon (ankle/foot) and linebacker Nick Kwiatkoski (ankle) both remained out on Thursday. Running back Josh Jacobs was limited both days by a knee injury, but said he feels healthy.

Fullback Alec Ingold is still on the active roster, so he is listed as having missed practice. He’s expected to go on injured reserve at some point and miss the remainder of the season with a knee injury.

The Raiders added speedy wide receiver Tyron Johnson to the practice squad Wednesday, just days after he was released by the Jaguars.

Johnson had two catches for 16 yards in Jacksonville after catching 20 passes for 398 yards and three touchdowns for the Chargers last season.

Johnson was on the practice squad of the Bills, Texans, Panthers and Chargers in 2019 before eventually landing on the Chargers’ active roster in 2020 and gaining a rapport with quarterback Justin Herbert.

The Chargers released him just before the start of this season, and the Jaguars claimed Johnson on waivers.

Marcell Ateman was released from the practice squad to open the spot for Johnson.