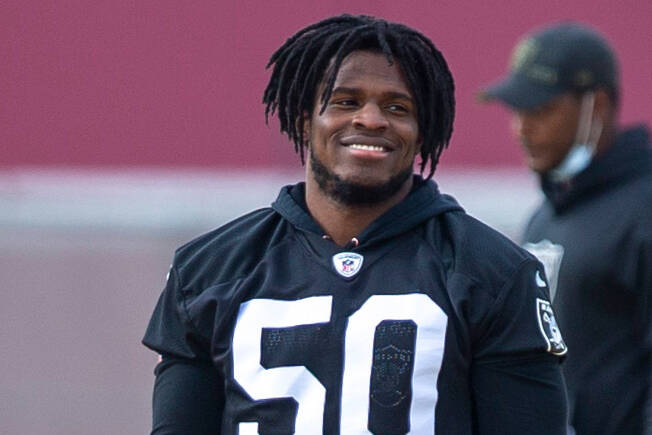 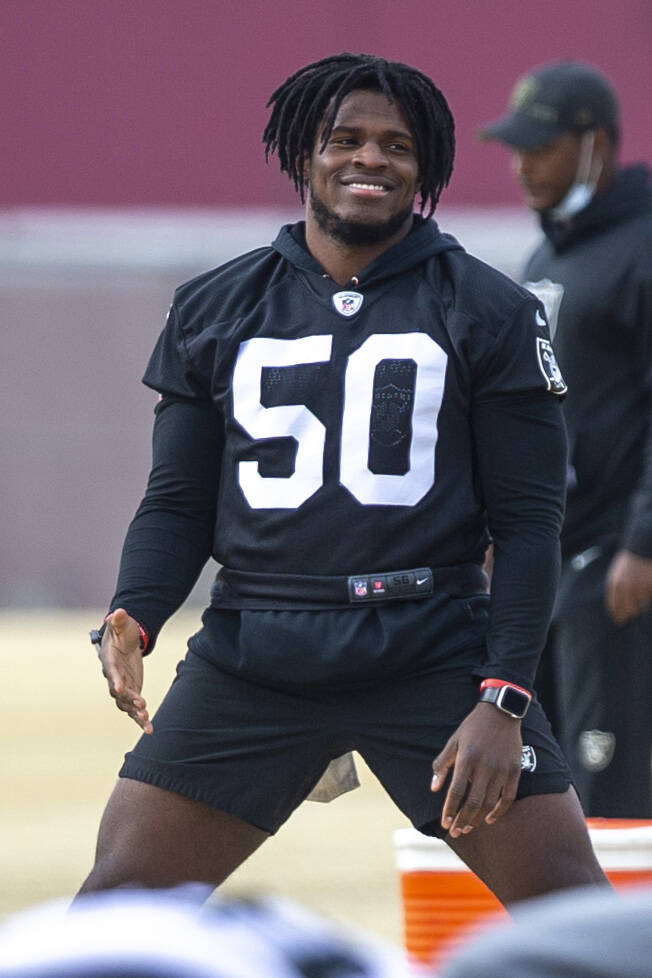 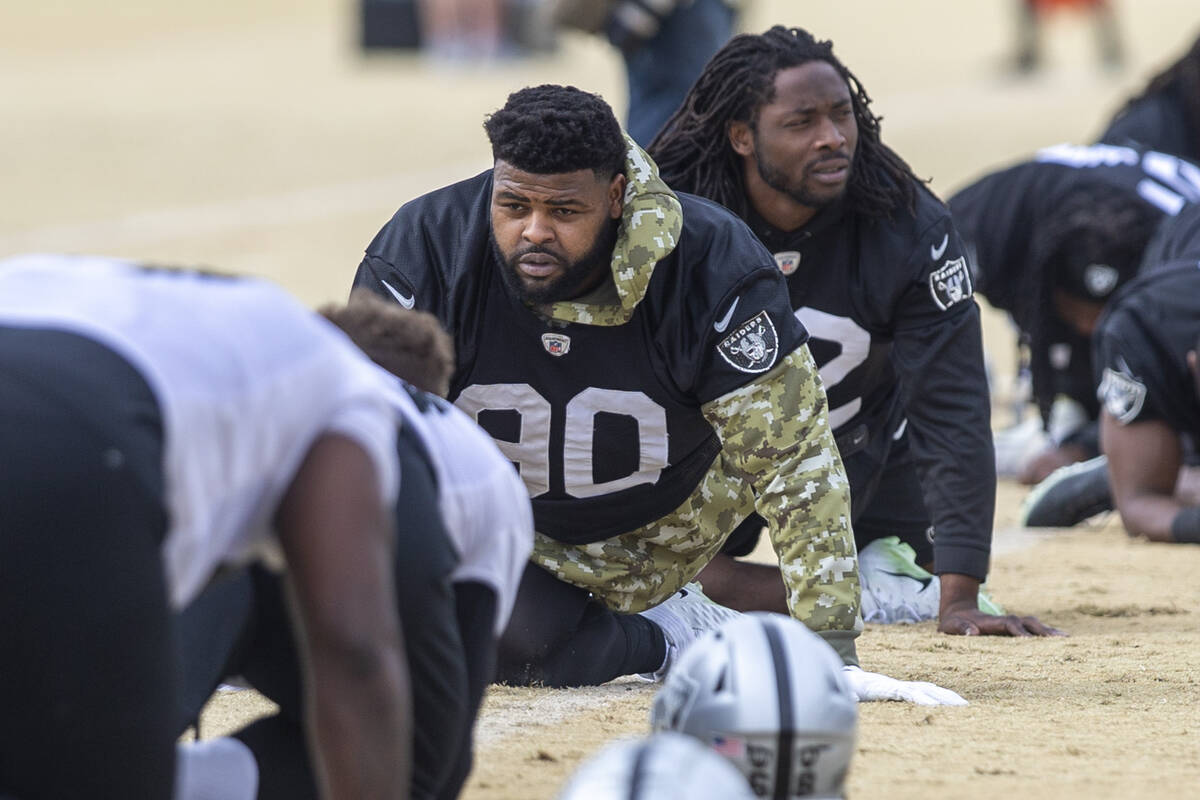 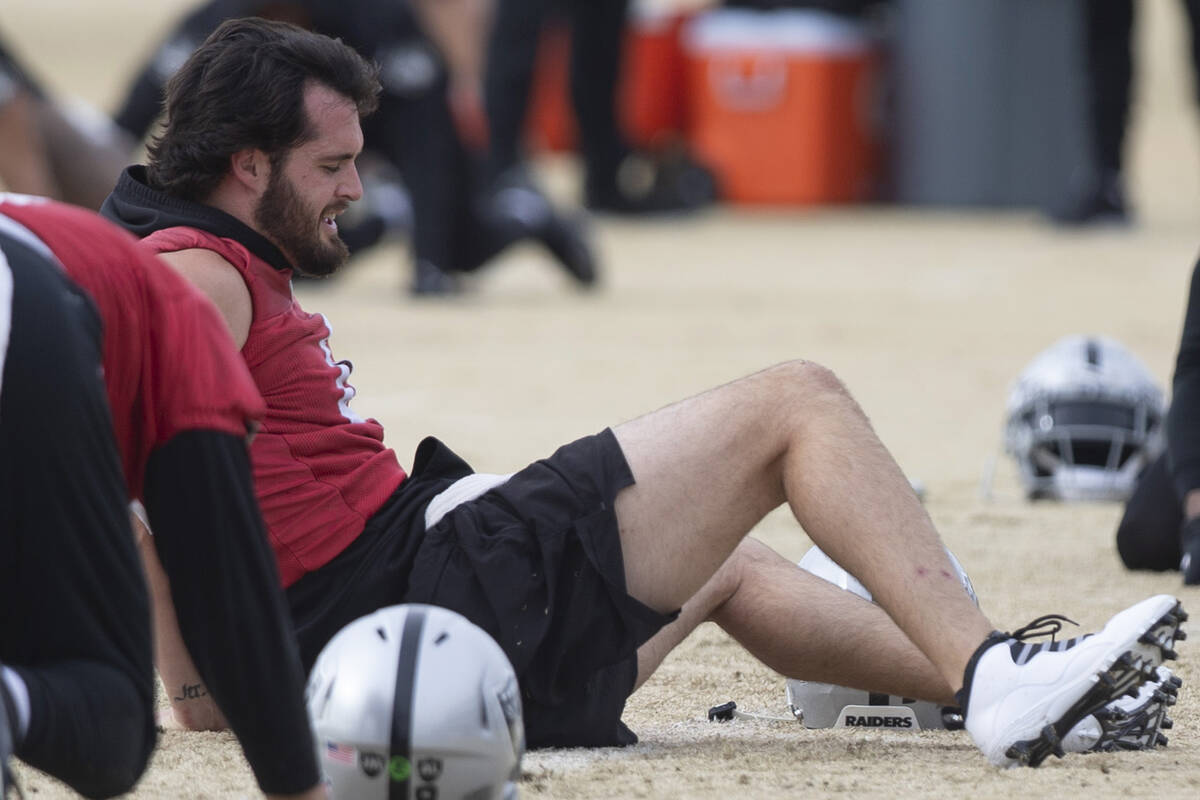 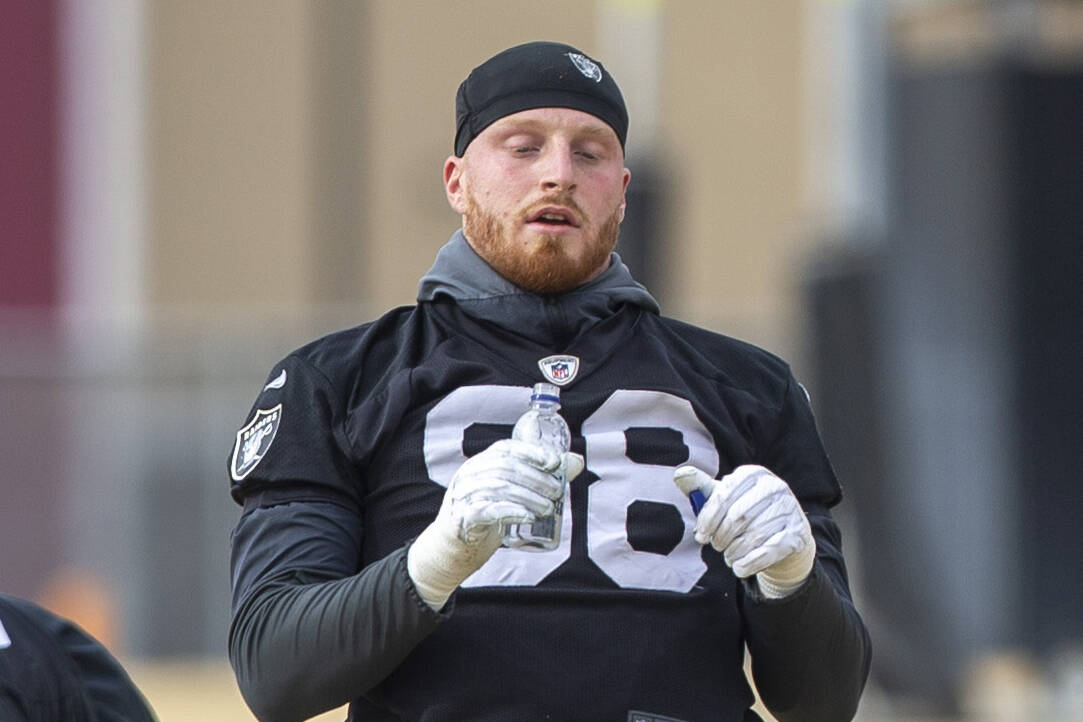 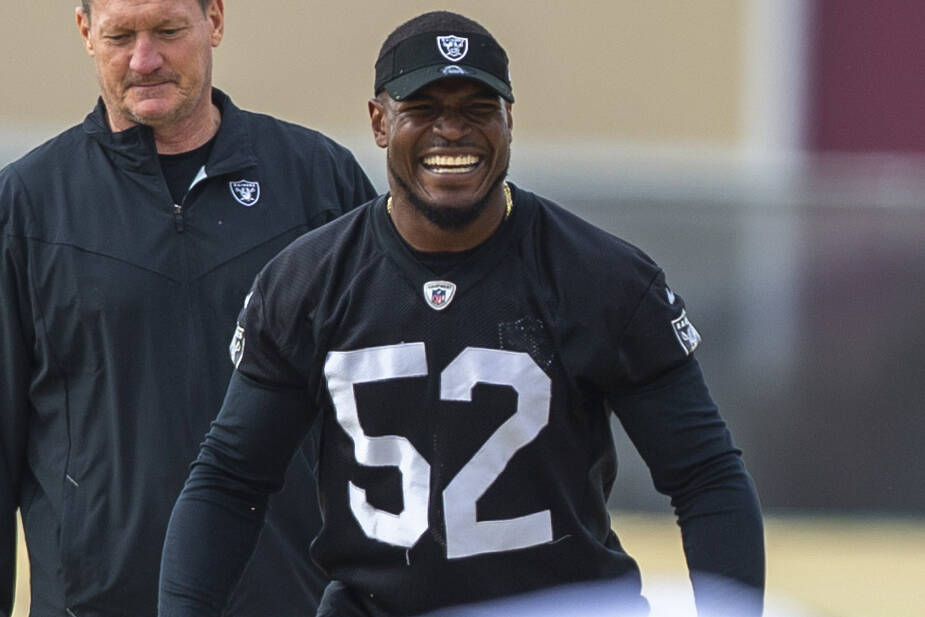 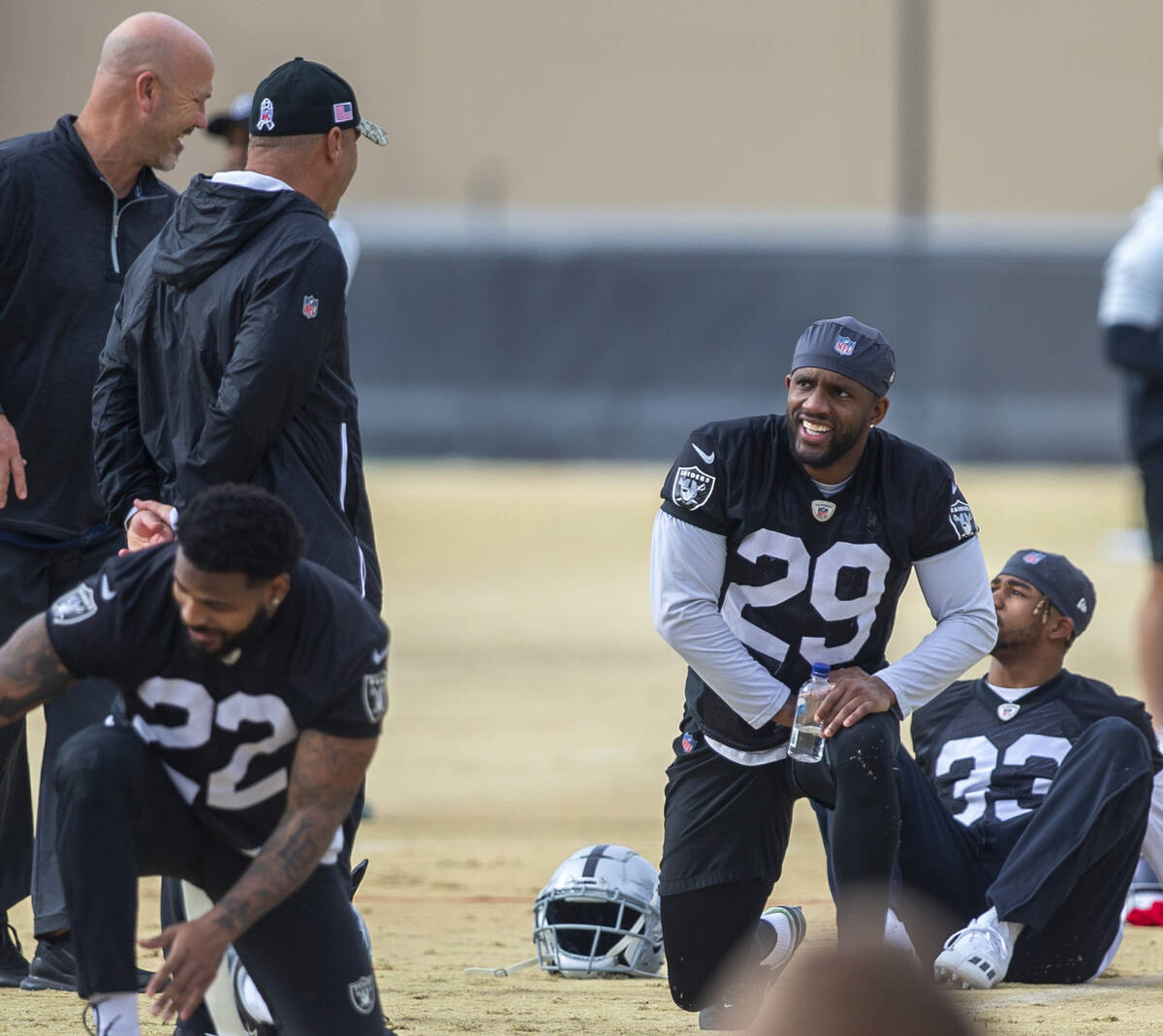 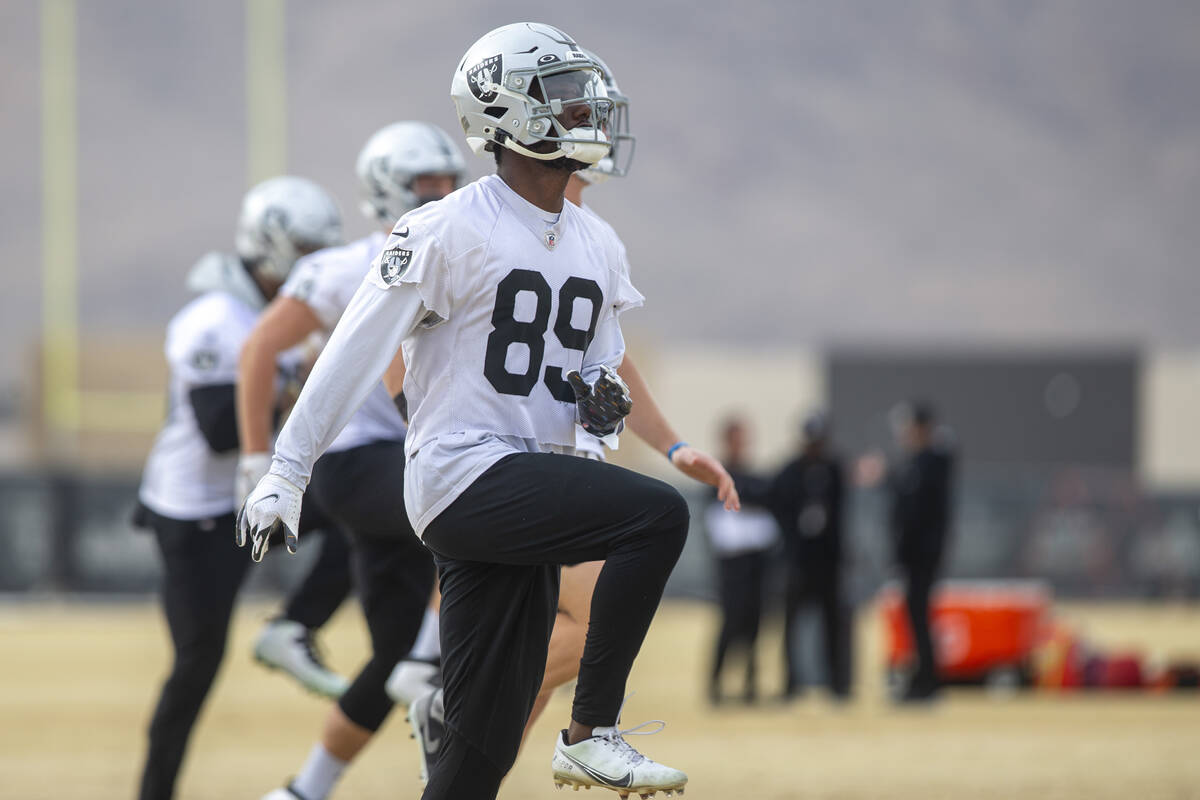 The return of linebacker Nicholas Morrow doesn’t appear to be happening this week.

He returned to practice for the first time since a training camp ankle injury, fueling optimism he may be able to play against the Bengals. But interim coach Rich Bisaccia said Thursday it doesn’t look like he’ll be ready.

“He didn’t get many reps today,” Bisaccia said. “We got him a little bit with some of the (scout) team and we’ll see what his soreness level is today. He really didn’t get many yesterday or the day before at the walkthroughs, but I know he wanted to kind of get himself in position to run around with his teammates again a little bit. … But as of right now, he won’t be playing.”

The news was a bit more optimistic on defensive tackle Johnathan Hankins, who was a limited participant on Thursday after missing practice on Tuesday and Wednesday with back and knee injuries.

“We’ll see how he comes back tomorrow from the soreness, but with the full anticipation of hopefully he’ll be ready to go,” Bisaccia said.

Hankins is officially questionable and is the only Raiders player with an injury designation for the game, though defensive tackles Quinton Jefferson (foot) and Kendal Vickers (back) were late additions to the report on Thursday. Both were limited in practice.

Prepared for the elements

The weather report for Saturday’s AFC wild-card Game against Cincinnati calls for frigid temperatures and some wind, though the Raiders and Bengals may avoid precipitation.

There’s still a chance it could get sloppy on the field, however, which can often affect special teams play.

Bisaccia, who is also the team’s special teams coordinator, believes his team is ready.

“It’s going to be the same for both teams,” he said. “I just feel like (we’re) prepared physically to do (our) job and (we’ll) get a feel for what it’s like in pregame,” he said. “I think we’ve played in Cleveland and the last couple of years the weather hasn’t been great. And so, I think they’ll do a good job of pregame and getting a feel for the weather, the wind, the field conditions, whatever they are.”

The regular-season meeting between the Raiders and Bengals was closer than the 32-13 score would indicate. The Raiders were within 16-13 with six minutes left in the fourth quarter.

While the final score got away from the Raiders, there was one stat that told the story of the contest.

The Bengals were 8 for 16 on third down. The Raiders converted just 1 of 7.

Offensive coordinator Greg Olson believes his team will be better in that area in the rematch.

“I’ve got to do a better job of scheming up the third down plays and we can do that as an offensive staff,” he said. “We started slow in that area. I think every game is different, but we understand the importance of third downs. It’s especially important against this football team to stay out of third-and-long because they do have so many exotic pressures in the third-and-long situations.”

Josh Jacobs gained 130 yards after contact in last week’s 132-yard effort against the Chargers to help the Raiders make the postseason, according to Zebra Technologies. He is sixth in the NFL with 2,364 yards after contact since entering the league in 2019.

Their end-of-season report also cited Hunter Renfrow as second in the NFL to only Rondale Moore in catch percentage. Renfrow hauled in 80.47 percent of his targets. Moore was at 84.38 percent with just more than half the receptions.

Derek Carr was fifth in the league in completion percentage over expectation, with Bengals quarterback Joe Burrow finishing first.

2
Graney: Major decisions to be made as Raiders season ends 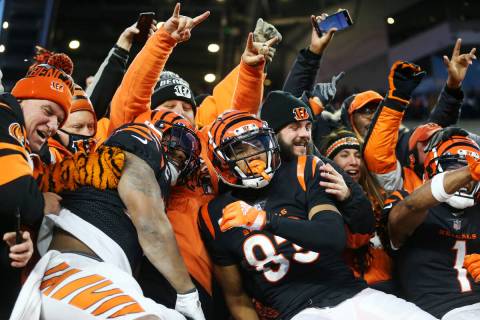 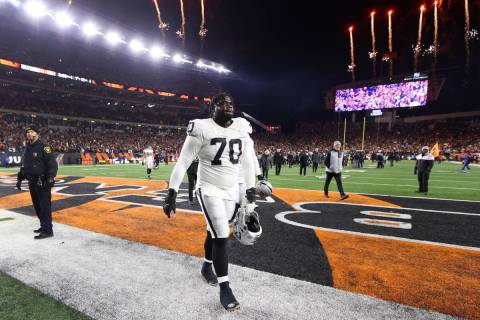 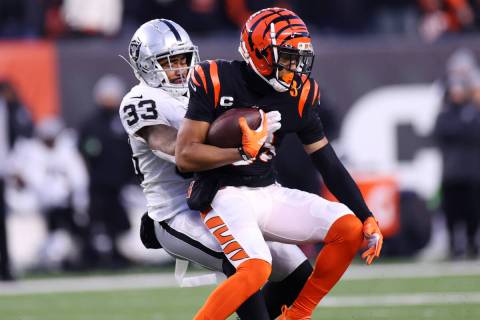 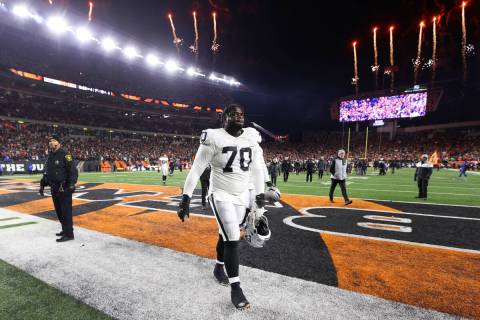 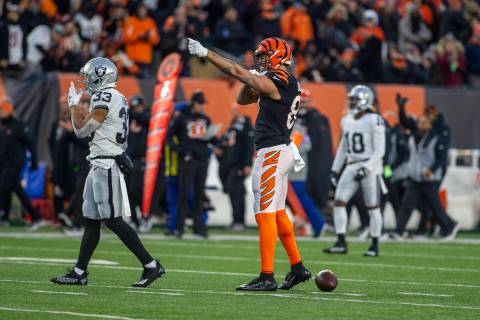