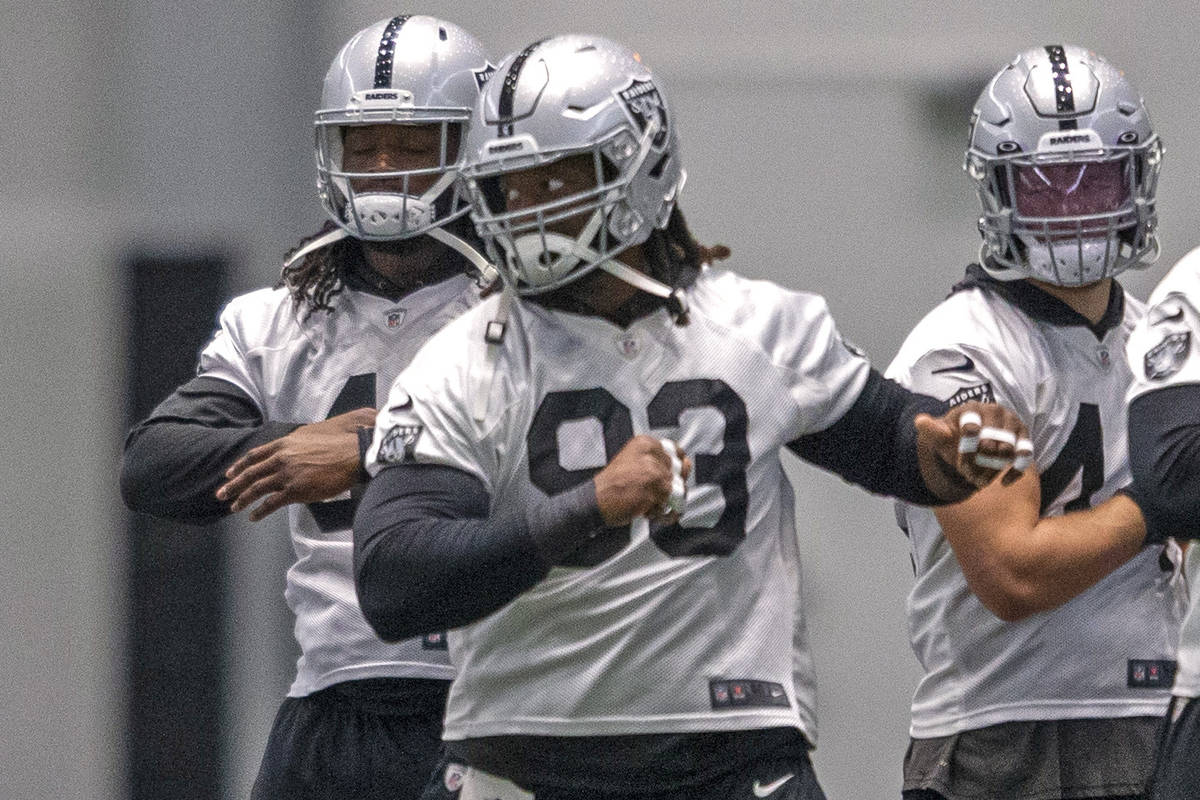 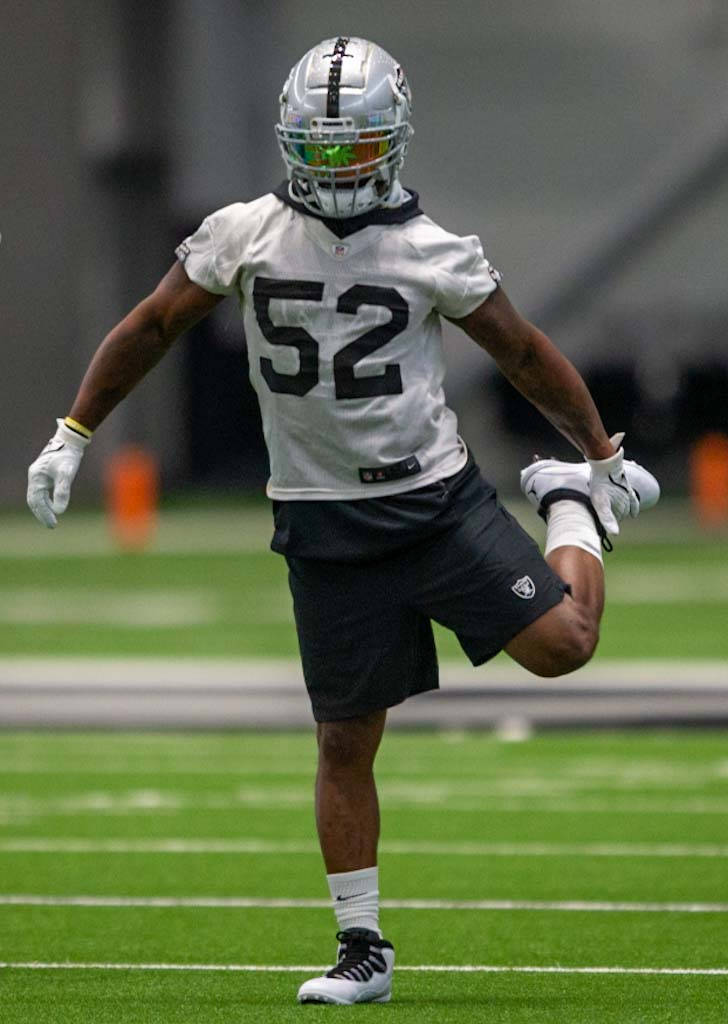 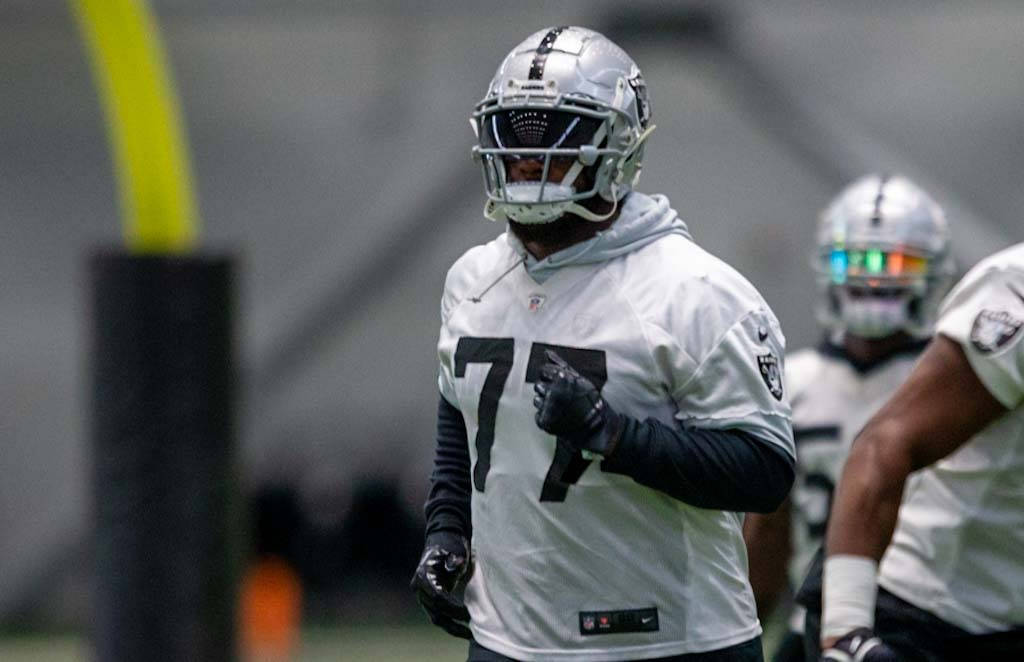 General manager Mike Mayock addressed the media after Wednesday’s practice to discuss the moves that reduced the Raiders’ roster to 53 players ahead of Tuesday’s 1 p.m. deadline.

He indicated that the roster is “fluid” and that there is more tinkering to do over the next few days, especially with extra time between final cuts and the start of the regular season on Sept. 13 against the Ravens.

Perhaps the unit that looks most different from the last few years is the defensive line. The group combines proven experience with youthful talent and should be far more up to the challenge than they have been over the last several years.

Mayock hopes that’s true, but now it’s time to see the plan put into place. He knows it only matters how they play on the field, not how they look on the roster.

“I played for Bill Parcells, and he always said, ‘Potential means you ain’t done a damn thing yet.’ And I’m a big believer in that,” Mayock said. “It doesn’t mean that these guys that are with us haven’t done it individually in the league. We just haven’t done it collectively as a Raiders defense yet.”

When defensive tackle Gerald McCoy signed with the Raiders during training camp, he preached patience to fans unaccustomed to seeing him in a jersey that didn’t bear his traditional No. 93.

There aren’t many available numbers with so many bodies in training camp, so McCoy took No. 61 and allowed Kendal Vickers to keep wearing the jersey number McCoy wore for a decade of dominance in Tampa.

He promised it would only be a matter of time.

Vickers was released on Tuesday. McCoy was wearing No. 93 at practice on Wednesday.

It wasn’t the only number change now that the roster is down to 53 players.

Quinton Jefferson, who had worn No. 97 during camp, has switched to No. 77.

Denzel Perryman practiced for the first time on Wednesday after being acquired in a trade from Carolina. He will wear No. 52.

Vickers has been brought back to the organization as part of the practice squad, though it’s unclear what jersey he will wear.

The Raiders signed 15 players to the practice squad on Wednesday, including several who were just released by the organization on Wednesday.

In addition to Vickers, wide receiver Dillon Stoner was brought back by the organization. Stoner made a good impression in training camp and appeared to be on the verge of winning a roster spot.

D.J. Turner, who was in a battle for the sixth wide receiver spot with Stoner and the released John Brown, was also brought back.

Running backs Trey Ragas and B.J. Emmons also returned to the practice squad. Mayock said there was a concern Ragas, or any of the other backs and receivers the Raiders waived, could be claimed by other teams and not been available for the practice squad.

“Very legitimate concern,” Mayock said. “Thought (Ragas) played really well. Competed really well. We like him a lot. Wanted to get him back obviously. One of things at running back is that there is usually a lot of them out there, so sometimes when you look through the cut sheets there aren’t that many guards and tackles out there, but the wideouts and running backs are about this long. So you got to sift through a lot, but sure, he put good tape out there. We were worried about it.”

The only true newcomer is cornerback Robert Jackson, a UNLV alum who has spent parts of the last three seasons with the Browns. He was released by Cleveland last week.

There is still one spot left. Mayock indicated the team would like to use it on a veteran player.

Raiders owner Mark Davis acknowledged Wednesday that the team has reached a settlement with former coach Jon Gruden over his contract.