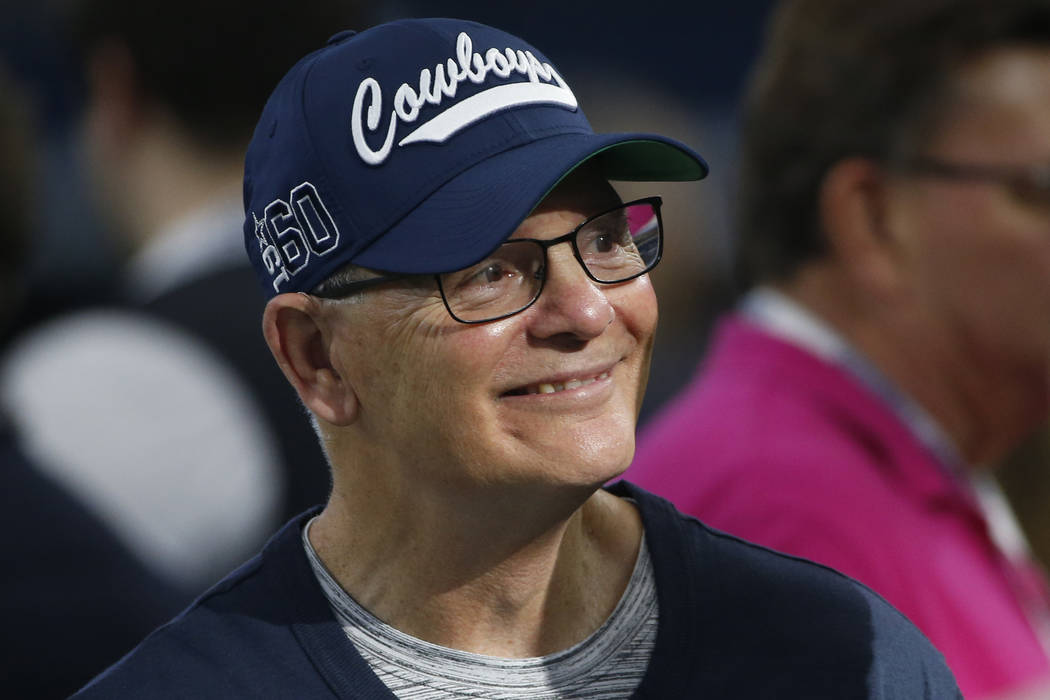 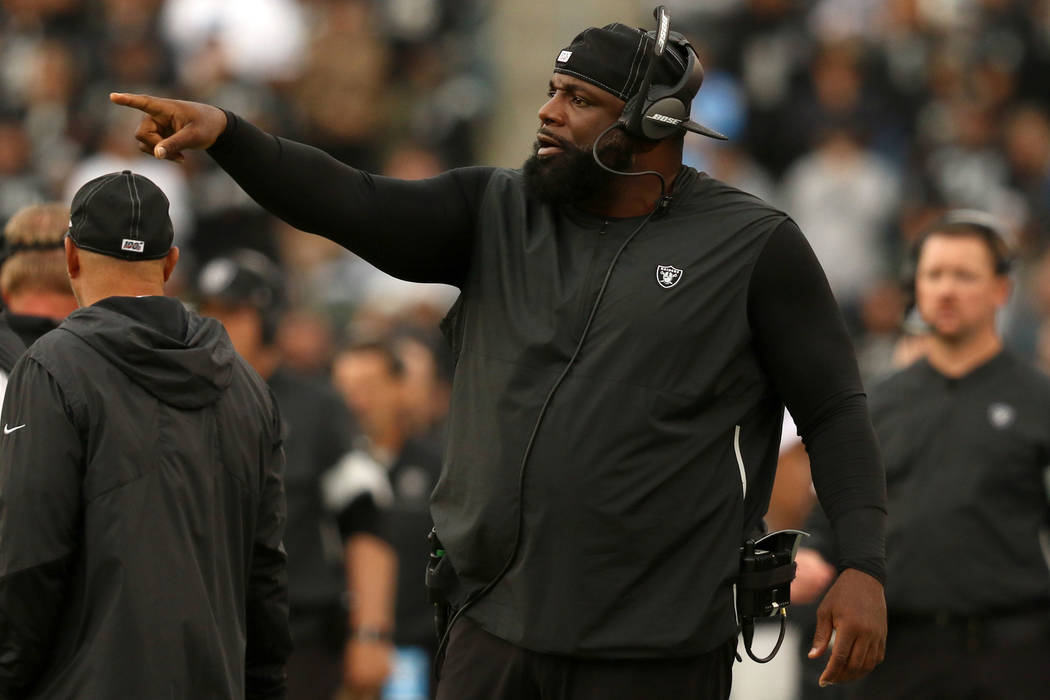 Oakland Raiders defensive line coach Brentson Buckner gestures to his players from the sideline during the second half of an NFL game against the Los Angeles Chargers at Dignity Health Sports Park in Carson, Calif., Sunday, Dec. 22, 2019. (Heidi Fang /Las Vegas Review-Journal) @HeidiFang

The Raiders reportedly are making a big move to maximize the youth, potential and investment they’ve made along their defensive front by hiring longtime defensive-line guru Rod Marinelli.

Jim Trotter of NFL.com was the first to report the hiring, which the Raiders said late Tuesday they could not confirm.

To make room for the 70-year-old Marinelli, the Raiders will fire Brentson Buckner, who oversaw a defensive line revival in Oakland that saw the Raiders improve from 13 sacks in 2018 to 32 in 2019.

Buckner confirmed his dismissal in an early afternoon tweet on Tuesday, writing: “God doesn’t make mistakes. When He decides my time is up, I don’t question it.”

The Raiders are counting on Marinelli being able to continue to build on his impressive track record developing defensive linemen. An NFL coaching veteran of 24 years, Marinelli spent the last six years with the Dallas Cowboys as their defensive coordinator and defensive line coach.

Marinelli also has familiarity with Raiders head coach Jon Gruden. He served on Gruden’s staff with the Tampa Bay Buccaneers from 2002 to 2005. Tampa Bay won the Super Bowl in 2003.

Marinelli is taking over a defensive line loaded with youth and potential. The Raiders used the fourth overall pick in the 2018 draft to select defensive end Clelin Ferrell, who they envision as a dominant three-down force who can play the run and also rush the passer. In addition, they added fourth rounder Maxx Crosby, who finished his rookie season with a team-high 10 sacks. They also have second-year interior linemen Maurice Hurst and P.J. Hall.