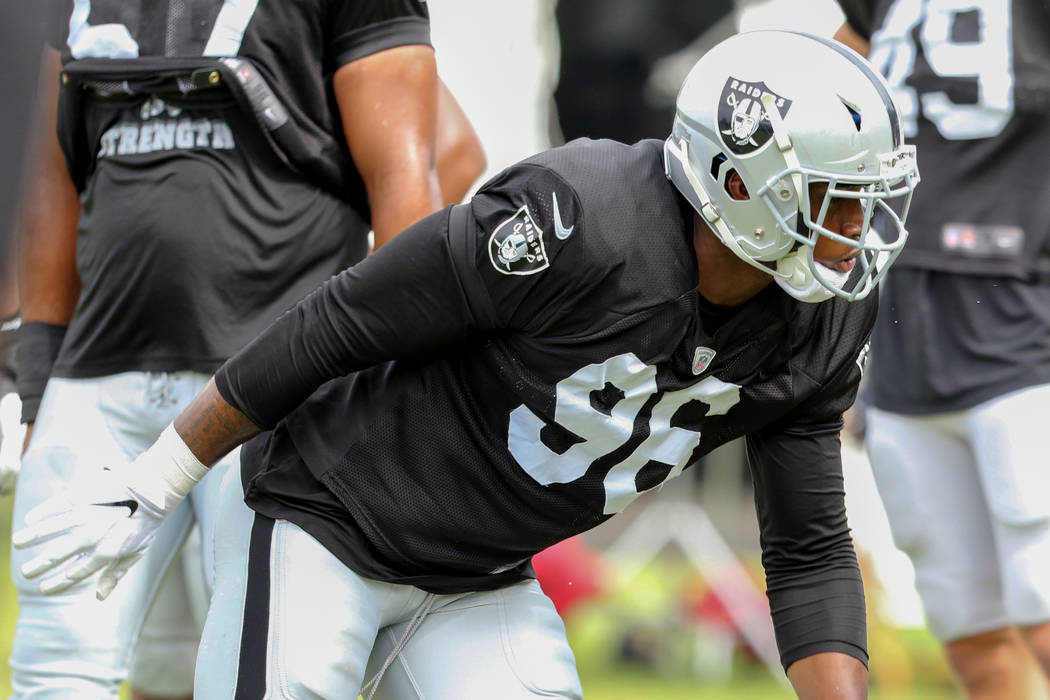 The feeling is mutual. He doesn’t care much for their work.

The player analysis site has given Ferrell, who the Raiders selected with the fourth pick in the first round, a 46.8 grade for his play this season. That ranks 109th out of 112 eligible edge defenders they have scored.

“I don’t want to talk about those people,” Ferrell, who played at Clemson, said after Wednesday’s practice. “They talked bad about us in college and I feel like we had the best (defensive line) in the history of college football. It doesn’t really matter. They’re going to do what they’re going to do. At the end of the day, we can only control what we can control.”

Ferrell has tried to do that by doing his best to adjust to a different level of competition in the NFL.

Ferrell said he’s learning. “A lot of things I haven’t seen before because I’m so used to going against college offenses. The NFL offenses are completely different.”

Ferrell has dealt with injuries that have limited him in some practices and caused him to miss the game against the Bears in London completely.

Coach Jon Gruden also feels like he’s been forced to play Ferrell out of position at times, which may affect the perception of his performance.

“If you’ve watched the tape, you know he’s not playing defensive end very much,” Gruden said. “He’s playing inside more than outside. Part of that is out of necessity. We hope at some point to get him some more snaps at defensive end. “

Gruden said Ferrell is “ a good run defender. Hopefully, we can get him some more at-bats rushing the passer.”

Defensive coordinator Paul Guenther said he thinks Ferrell has done well in early doses on the edge and rushing inside in later downs.

“In London he was sick and lost some weight, so he’s getting his weight and his strength back,” Guenther said. “And he’s had a good week this week. We’re going to get him some opportunities on the edge, inside, a walk-around — things like that.

Ferrell’s lone sack came in the opener against Denver. He’s also had 10 tackles and has been credited with two passes defensed.

Raiders running back Josh Jacobs missed his second consecutive practice on Thursday with a shoulder injury. On Wednesday, Gruden said Jacobs was still “very sore” after playing through it on Sunday.

Jacobs noted after the game he didn’t expect to miss any playing time. On Thursday he said even if he doesn’t practice at all this week, he could still play against the Texans. “It’s football, so it’s always something,” Jacobs said. “You just have to get used to it.”

The Raiders had wide receiver Tyrell Williams (foot) and right tackle Trent Brown (calf) on the field for the second day of the practice week — both as limited participants.

After not participating in Wednesday’s session, right guard Gabe Jackson (knee) was also back on the field on Thursday as a limited participant.

Defensive coordinator Paul Guenther said he expects Arden Key (knee) to be back this week after he was limited in Thursday’s practice.