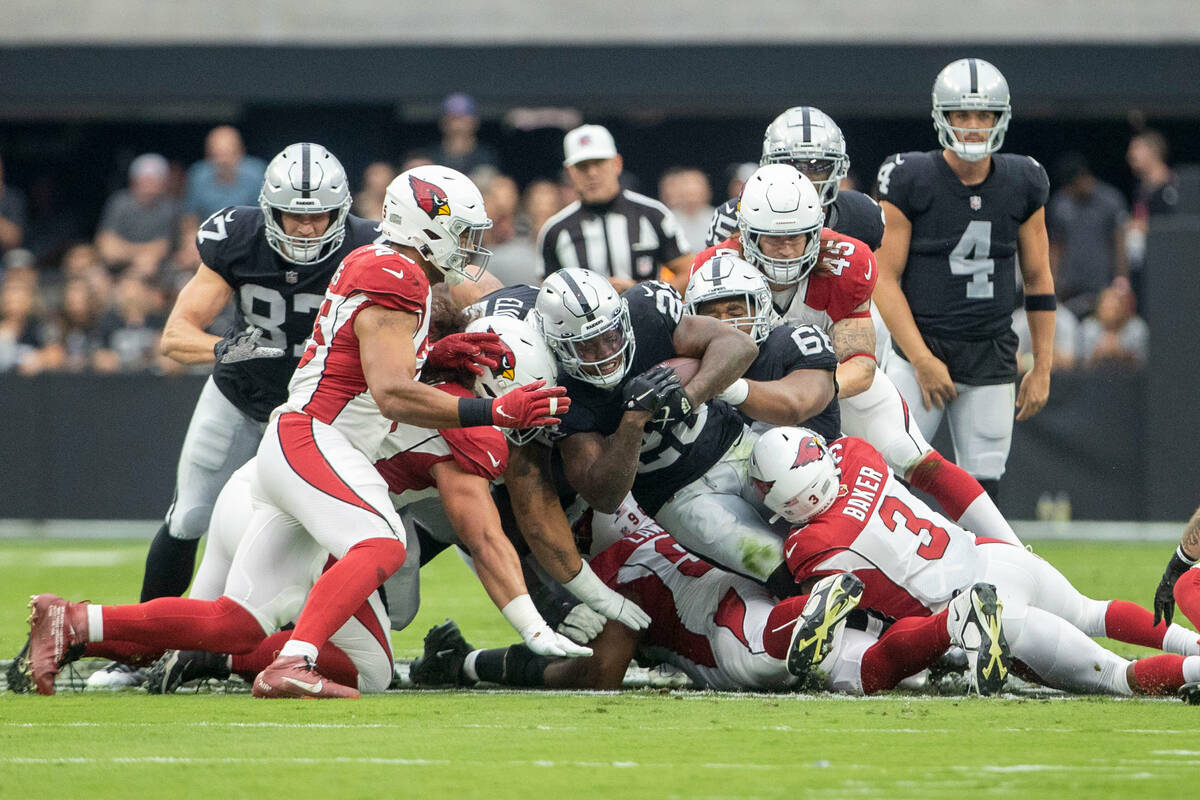 Raiders running back Josh Jacobs (28) is gang tackled as Arizona Cardinals safety Budda Baker (3) wraps up his legs during the first half of an NFL game at Allegiant Stadium on Sunday, Sept. 18, 2022, in Las Vegas. (Heidi Fang/Las Vegas Review-Journal) @HeidiFang 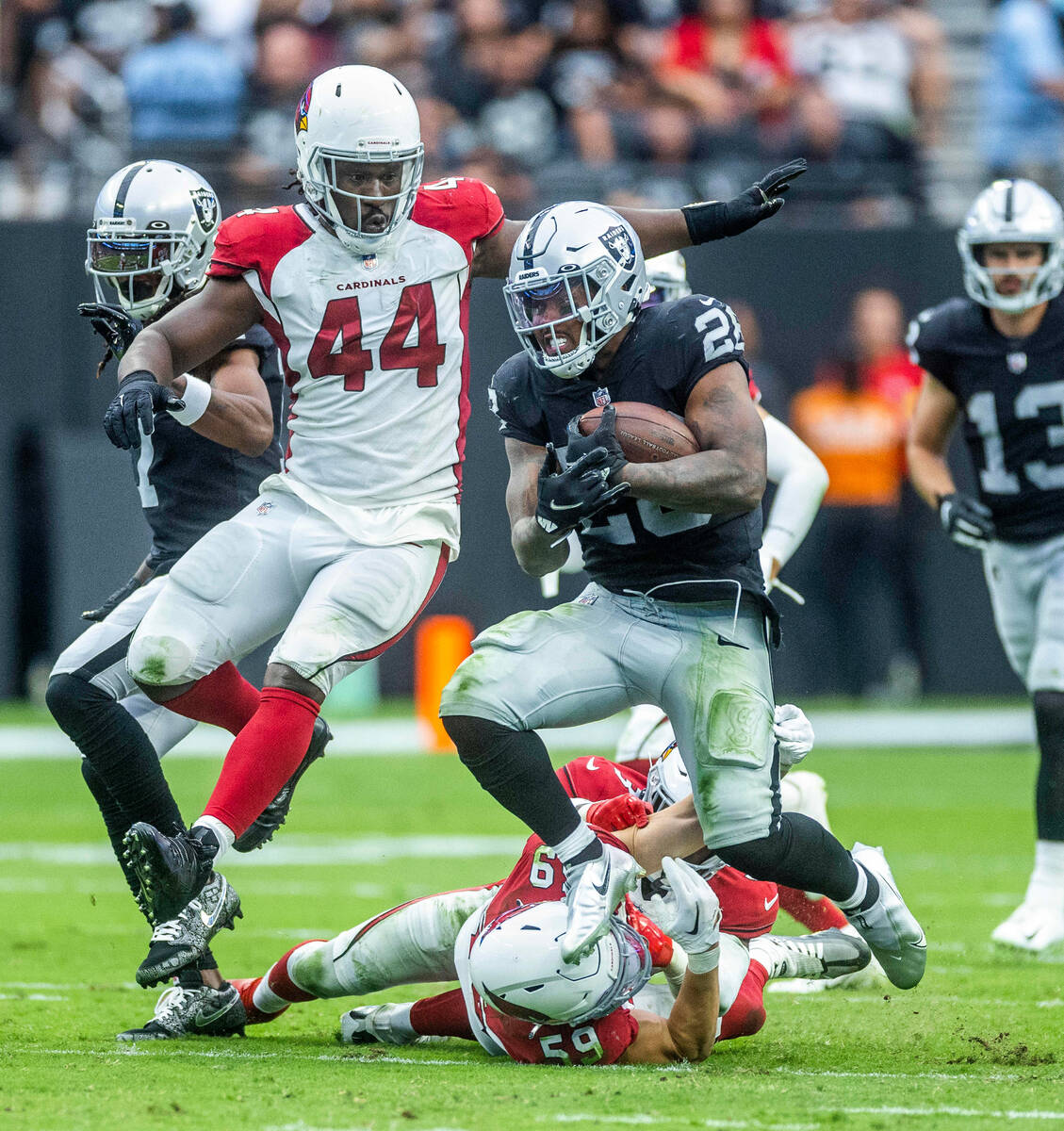 Raiders running back Josh Jacobs (28) leaps from a tackle attempt by Arizona Cardinals linebacker Nick Vigil (59) as linebacker Markus Golden (44) looks on during the first half of their NFL football game at Allegiant Stadium on Sunday, Sept. 18, 2022, in Las Vegas. (L.E. Baskow/Las Vegas Review-Journal) @Left_Eye_Images

NASHVILLE, Tenn. — Raiders running back Josh Jacobs is joining his teammates ahead of Sunday’s game against the Titans, a team official confirmed.

His status for the game remains questionable.

Jacobs missed practice Thursday and Friday because of an undisclosed illness. He didn’t get on the plane Friday when the team left for Nashville.

He leads the Raiders with 29 carries and 126 rushing yards through two games.

If Jacobs can’t play, rookie Zamir White would have an expanded role. The fourth-round pick has just one carry this season and played his first six offensive snaps last week against the Cardinals.