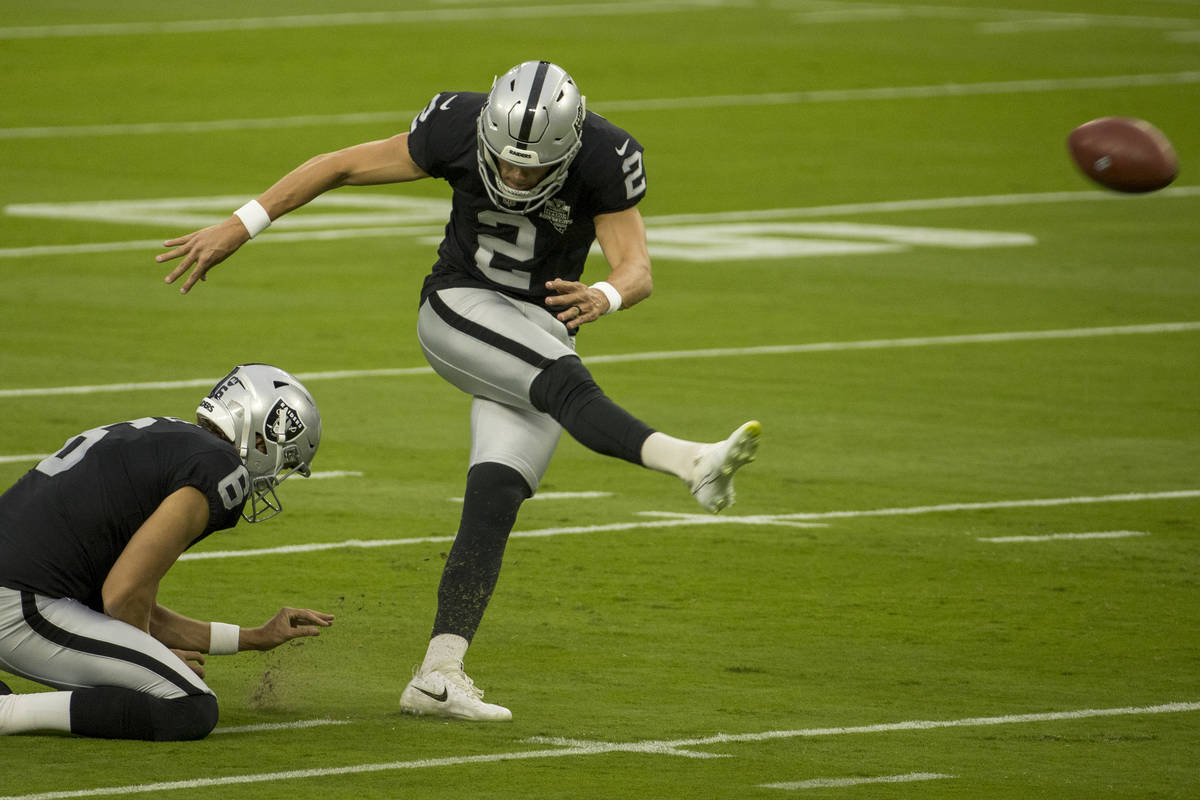 Carlson tied for the league lead with 144 points last season.

He made 33 of 35 field-goal attempts, including all four tries from outside 50 yards with a long of 54. He connected on 45 of 47 extra-point attempts in his third season with the Raiders.

Carlson is the only placekicker currently on the roster after the Raiders waived Dominik Eberle on July 26. Corliss Waitman, a punter who was signed the same day, was lined up at kicker during a simulated field goal drill on Saturday, though he did not kick.

Running back Jalen Richard is the only other Raiders player currently on the COVID list. He is expected to return to practice on Tuesday.