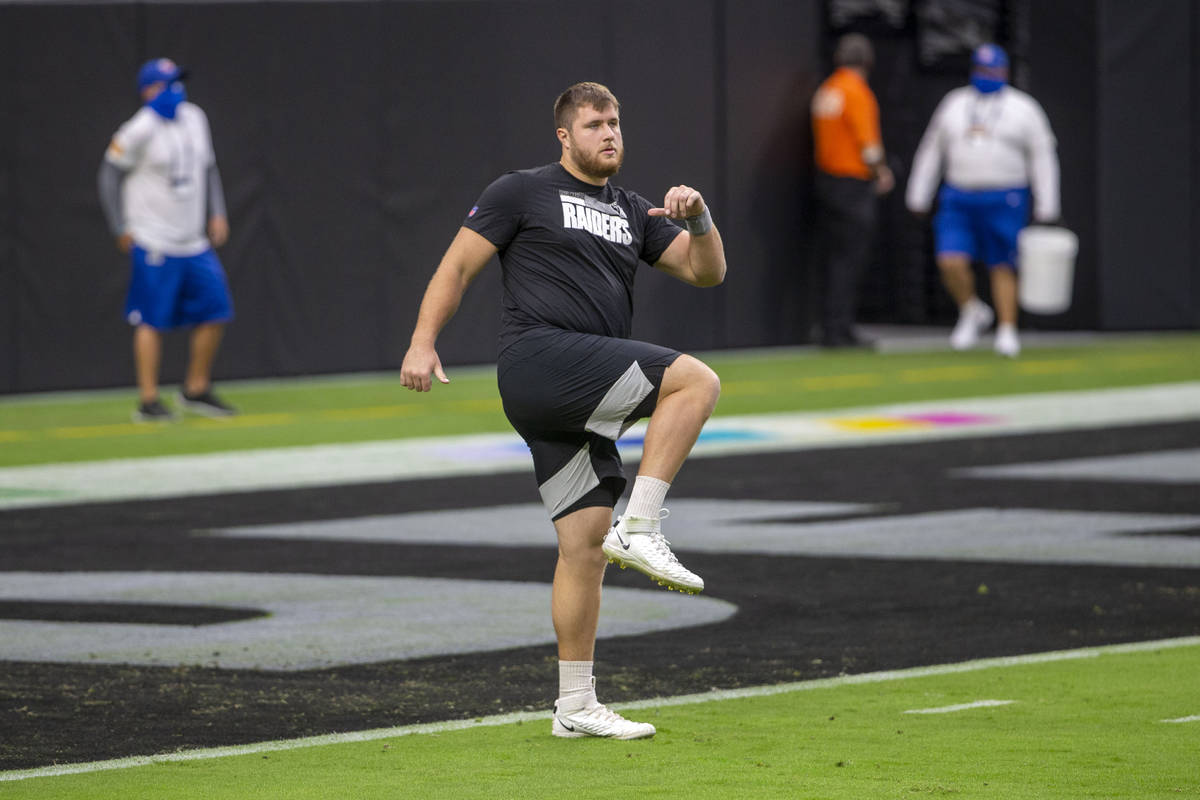 Third-year offensive tackle Kolton Miller has yet to miss a game in his Raiders career. And coach Jon Gruden isn’t ready to rule him out of Sunday’s game at the Los Angeles Chargers.

Miller has missed all three practices this week with an ankle injury, but Gruden knows his starting left tackle isn’t going to give up his consecutive games played streak without a fight.

Miller has started all 39 games since he was drafted in the first round out of UCLA.

“I think it will come down to a Sunday decision,” Gruden said Friday. “Kolton’s never missed a start. He’s one of the toughest guys I’ve ever coached, so I’m going to wait until game day to rule him out.”

The offensive line issues don’t end there. Right tackle Sam Young, expected to start in place of Trent Brown, was limited in all three sessions with a knee injury. Young got the surprise nod last week when Brown was ruled out shortly before kickoff because of a locker room mishap with an IV injection, only to suffer an injury and yield the position to Brandon Parker.

“Sam Young had a good week,” Gruden said. “Brandon Parker played great for us last week. We’ll have a couple guys out there that are ready and able.”

Defensive linemen Arden Key (foot) and Maurice Hurst (ankle) have been ruled out.

Running back Josh Jacobs has been limited with a knee injury and an illness. He’s listed as questionable but expected to play. Safety Johnathan Abram missed practice Wednesday and Thursday with an illness, but practiced in full Friday and will play.

Defensive tackle Johnathan Hankins has missed all three practices but is not injured.

“We’re proud to say he had a baby girl, his wife did, and we’re happy she’s OK,” Gruden said.

Chargers defensive end Joey Bosa is doubtful with a concussion.

Gruden indicated that Nate Peterman will back up Derek Carr at quarterback Sunday, even though Marcus Mariota is healthy.

“(Marcus) is getting reacclimated to our system, and that will be something we evaluate on a weekly basis,” Gruden said.

Tyrod Taylor will serve as the backup for the Chargers for the first time since his lung was punctured before a Week 2 game.