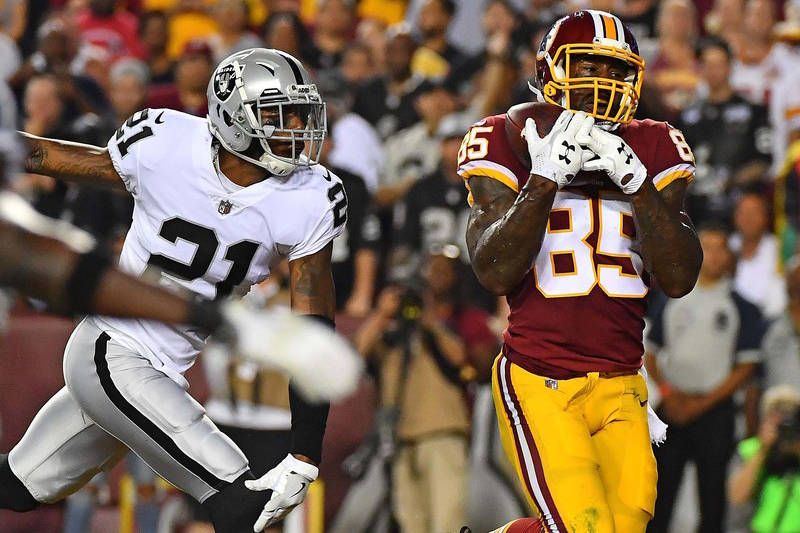 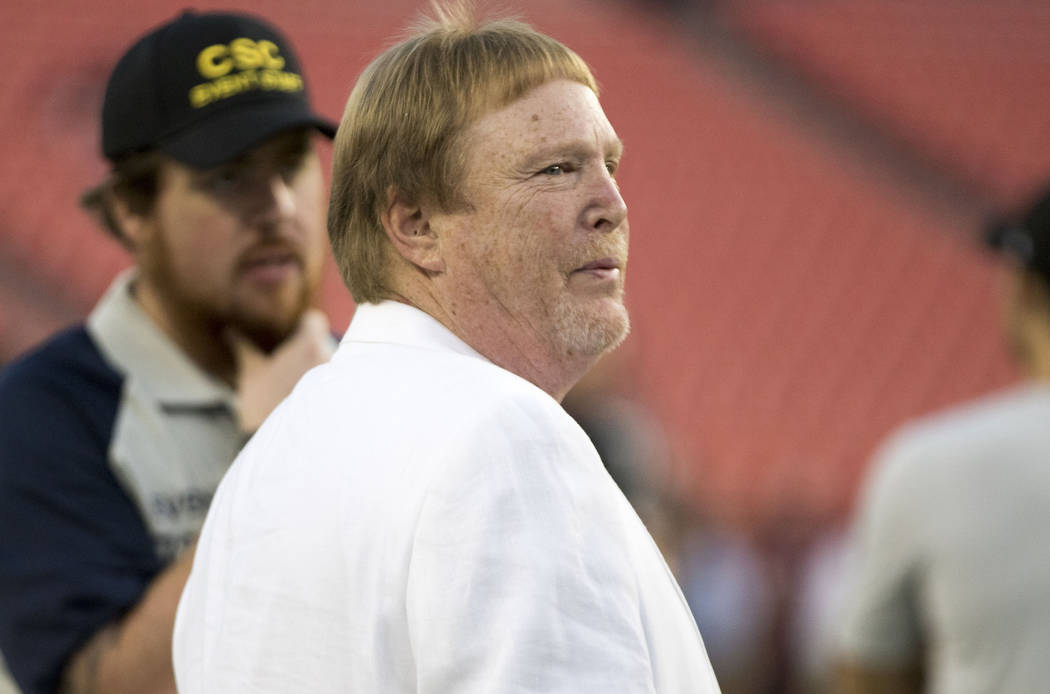 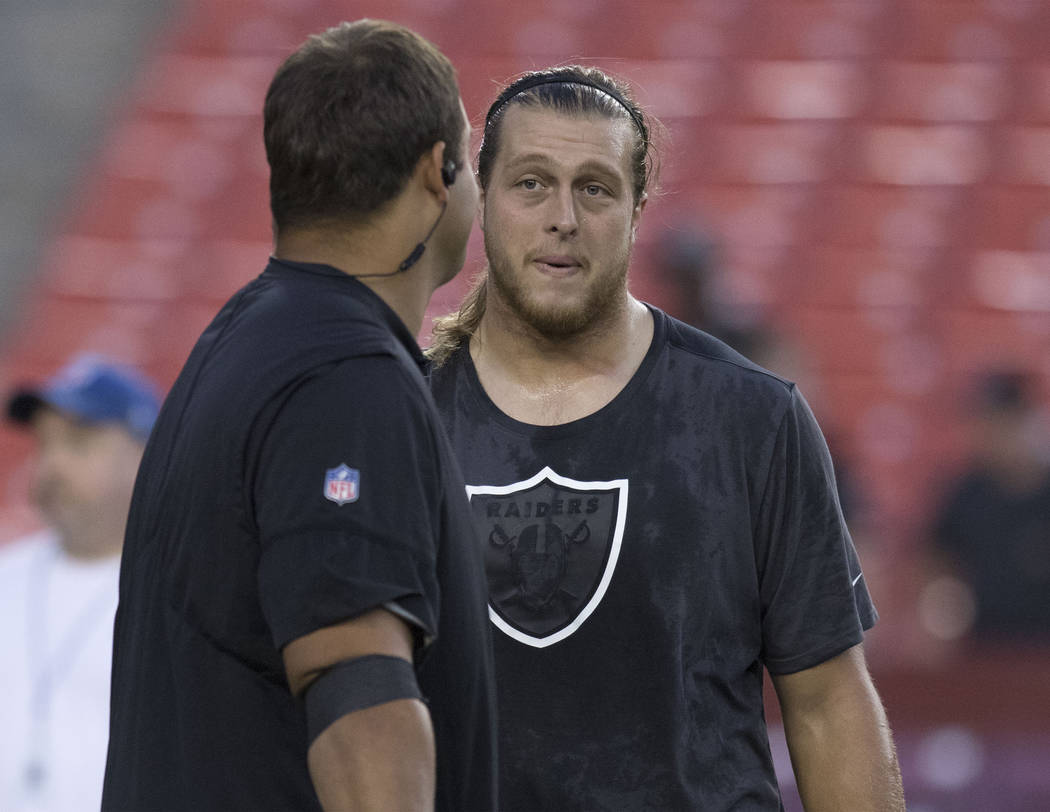 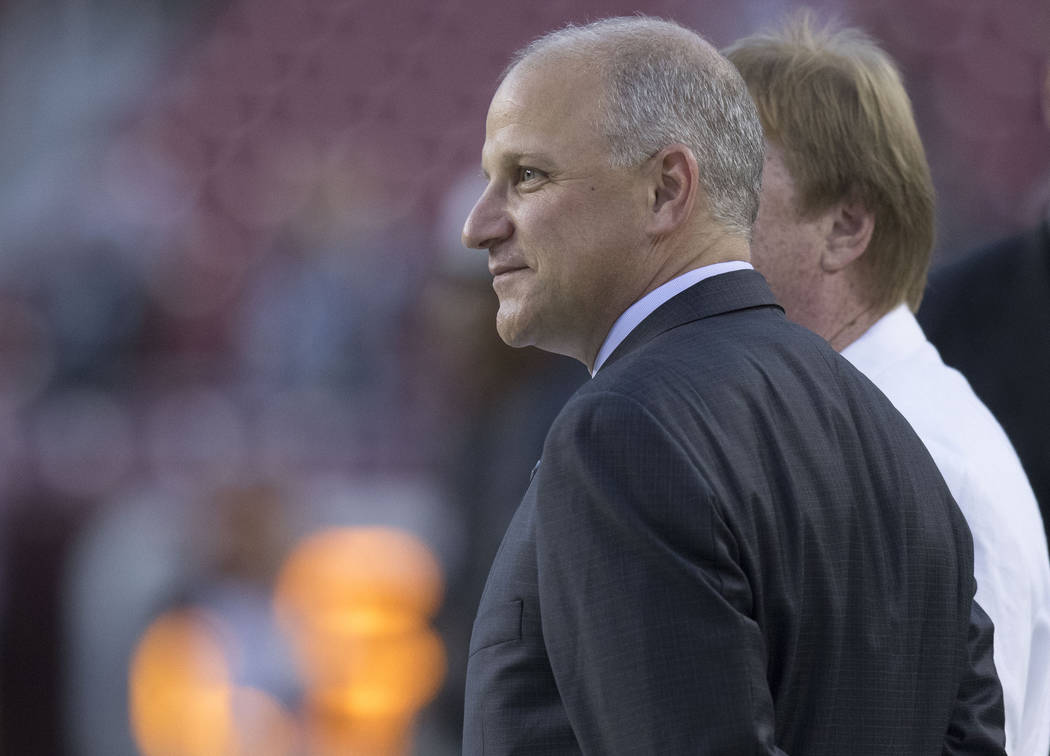 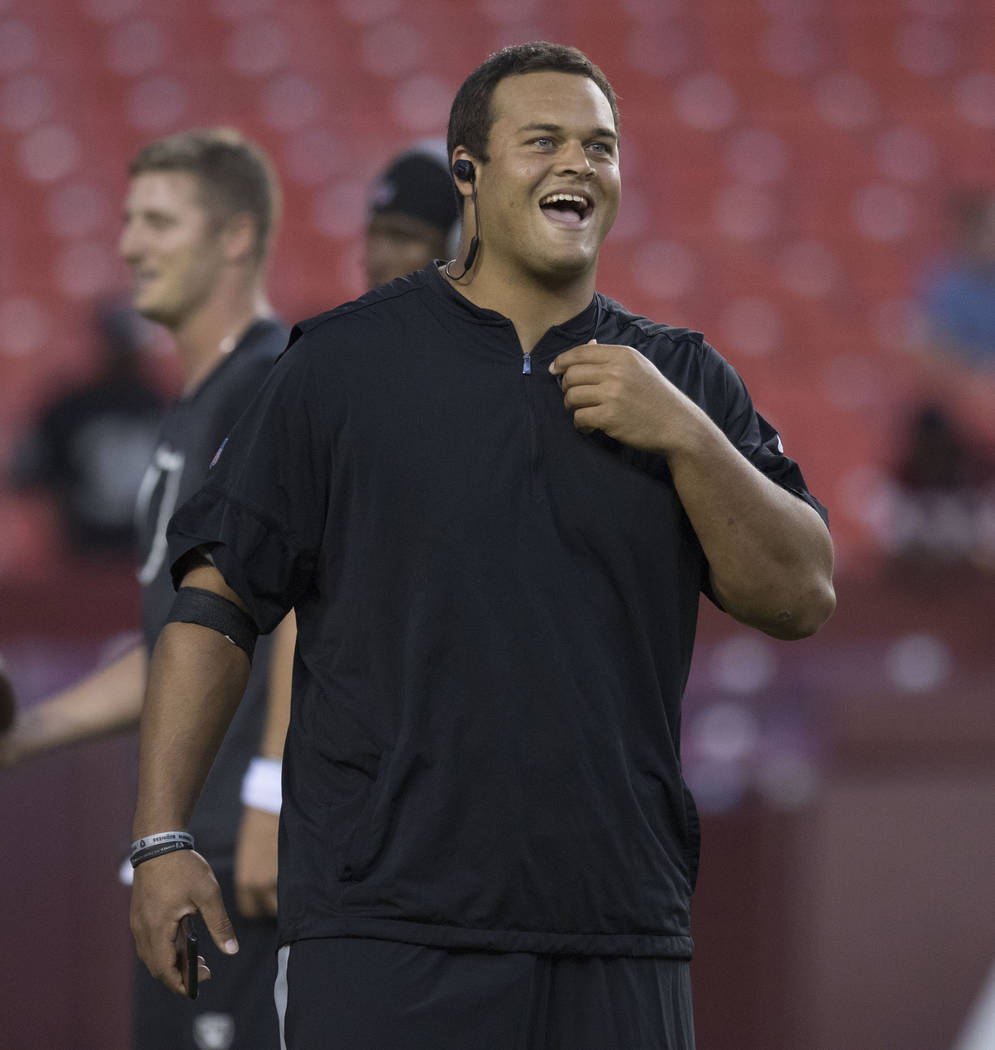 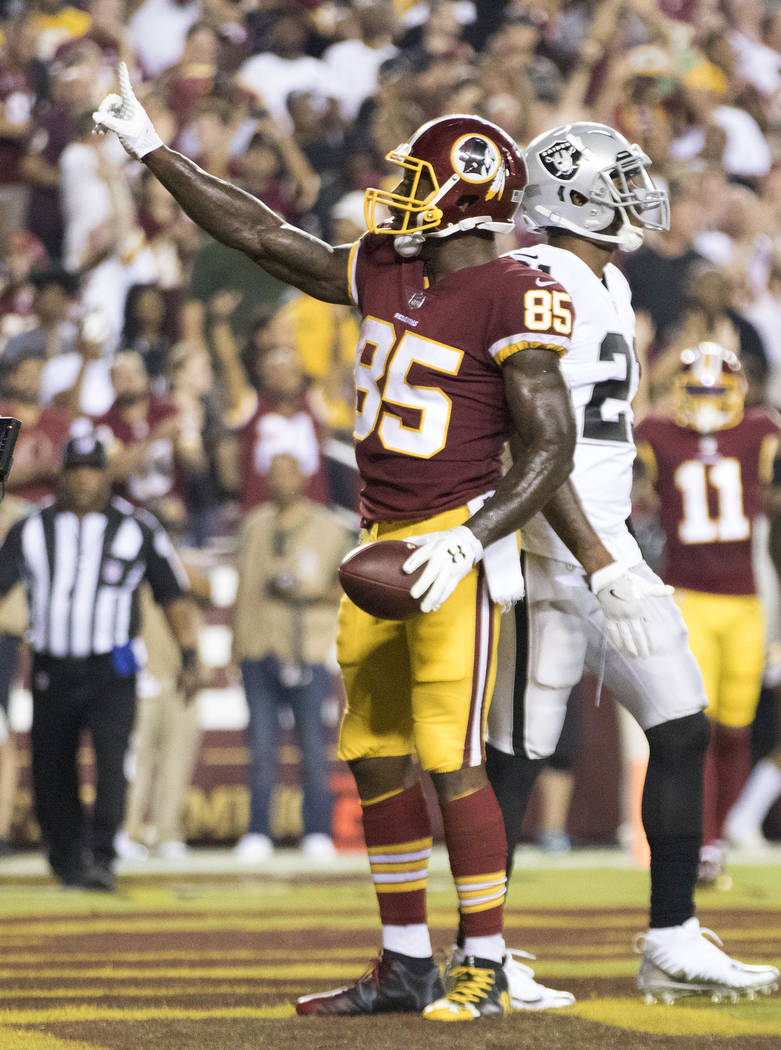 LANDOVER, Md. — Option A for the Raiders defense was safety Obi Melifonwu.

The lengthy, rangy safety from Connecticut was drafted in large part to address the team’s coverage woes against tight ends. He was not available Sunday; the rookie second-round pick remains on injured reserve after August knee surgery.

But that was no excuse.

The 33-year-old tight end started on Sunday in place of standout Jordan Reed. He stepped in seamlessly. He had five catches for 58 yards — all in the first half — including an 18-yard touchdown on a seam route, to help lift Washington to a 14-0 lead in a 27-10 victory.

Reed was listed as questionable to face the Raiders with sternum/rib injuries.

Melifonwu missed a significant chunk of training camp to an ankle injury, and there is reason to be measured with expectations as to his impact when healthy. He is not eligible to return until Week 9.

The Raiders must solve their tight-end riddle from within.

The Raiders’ best offense for much of Sunday was their punter.

Marquette King helped put Oakland on the board in the third quarter. He launched a 44-yarder to the Washington 9-yard line where wide receiver Jamison Crowder was unable to field it. Raiders defensive end James Cowser recovered his punt muff at the 18, leading to a 21-yard Jared Cook touchdown reception.

It led to running back Marshawn Lynch’s first touchdown this.

— Facing the team that drafted him in the 2013 second round, Raiders cornerback David Amerson was in position to break up a deep third-quarter pass intended for wide receiver Josh Doctson. But Doctson outmuscled him for the ball, recording a 52-yard touchdown to push Washington’s lead to 21-0.

— The Raiders recorded no first downs in the first quarter for the first time since Dec. 13, 2015, against the Denver Broncos. They had no first-quarter passing yards on Sunday, either.