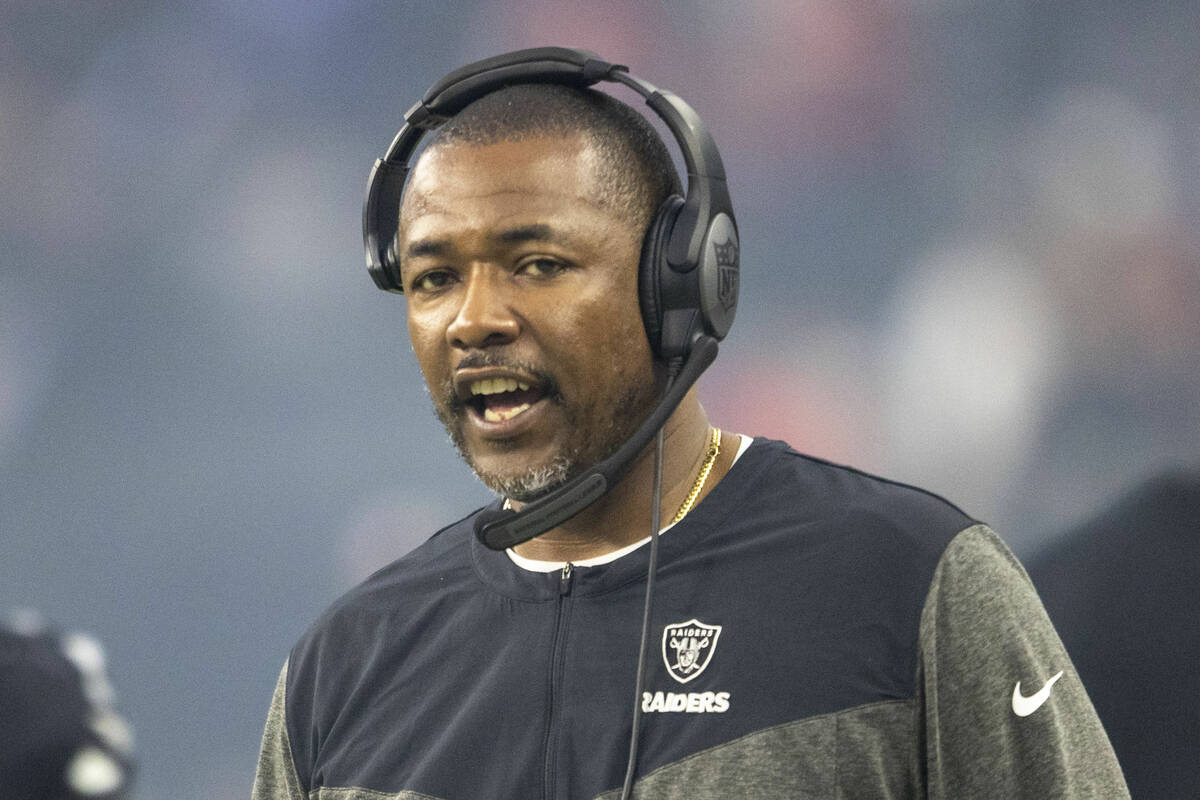 Raiders defensive coordinator Patrick Graham coaches from the sideline during the second half of an NFL game against the Kansas City Chiefs at Allegiant Stadium on Saturday, Jan. 7, 2023, in Las Vegas. (Heidi Fang/Las Vegas Review-Journal) @HeidiFang

The Raiders are expected to pour significant assets into fixing their defense this offseason, and they received a major assist in that regard Wednesday.

Patrick Graham, who just completed his first season as the Raiders’ defensive coordinator, was named the coach of the National Team for next month’s Senior Bowl in Mobile, Alabama.

The benefit for the Raiders and Graham is the intimate look and insight they will get on most of the top senior draft prospects. That includes the weeklong practices and meetings before the Feb. 4 game.

Both are areas the Raiders need to upgrade.

To put it in perspective, a Raiders coaching staff led by Jon Gruden oversaw one of the teams in the 2019 Senior Bowl, from which the Raiders drafted Mississippi State safety Johnathan Abram in the first round, Louisiana State tight end Foster Moreau and Houston cornerback Isaiah Johnson in the fourth round, and Clemson receiver Hunter Renfrow in the fifth.

Moreau and Renfrow have developed into key contributors, and Ingold parlayed his three seasons with the Raiders into a new contract with the Dolphins. Abram never developed into the front-line safety the Raiders had envisioned and is now playing for the Seahawks.

Gruden and then-general manager Mike Mayock pointed to their experience at that Senior Bowl as one of the reasons they invested so many assets in players on the two rosters.

Graham took over the Raiders’ defense when Josh McDaniels was hired as coach last January. While the defense did not perform as hoped, it did allow one point fewer per game than in 2021.

The Raiders’ defense has underwhelmed for years. The biggest problem has been the mismanagement of draft assets that has left the defensive roster devoid of high-end talent.

Within the Raiders’ building, there’s an understanding that improving the defense needs to be a priority.

There’s also an understanding that Graham was handcuffed in his first season by a lack of talent.

Improving that starts with the draft. All the draft misses have made the Raiders more dependent on free agency, but the likelihood of solving multiple problems by that route never has been a viable team-building formula.

For instance, McDaniels pointed recently to the 49ers, who have built sustainable success through the draft.

“What they’ve been able to do over a number of years is establish the type of people that they’re looking for, establish the way they want to play in all three phases,” McDaniels said. “Now you see the fruits of the labor on the field.”

With the Raiders having the seventh pick in the NFL draft and nine picks overall, the chance to get an up-close look at some of the best prospects at the Senior Bowl will prove beneficial.