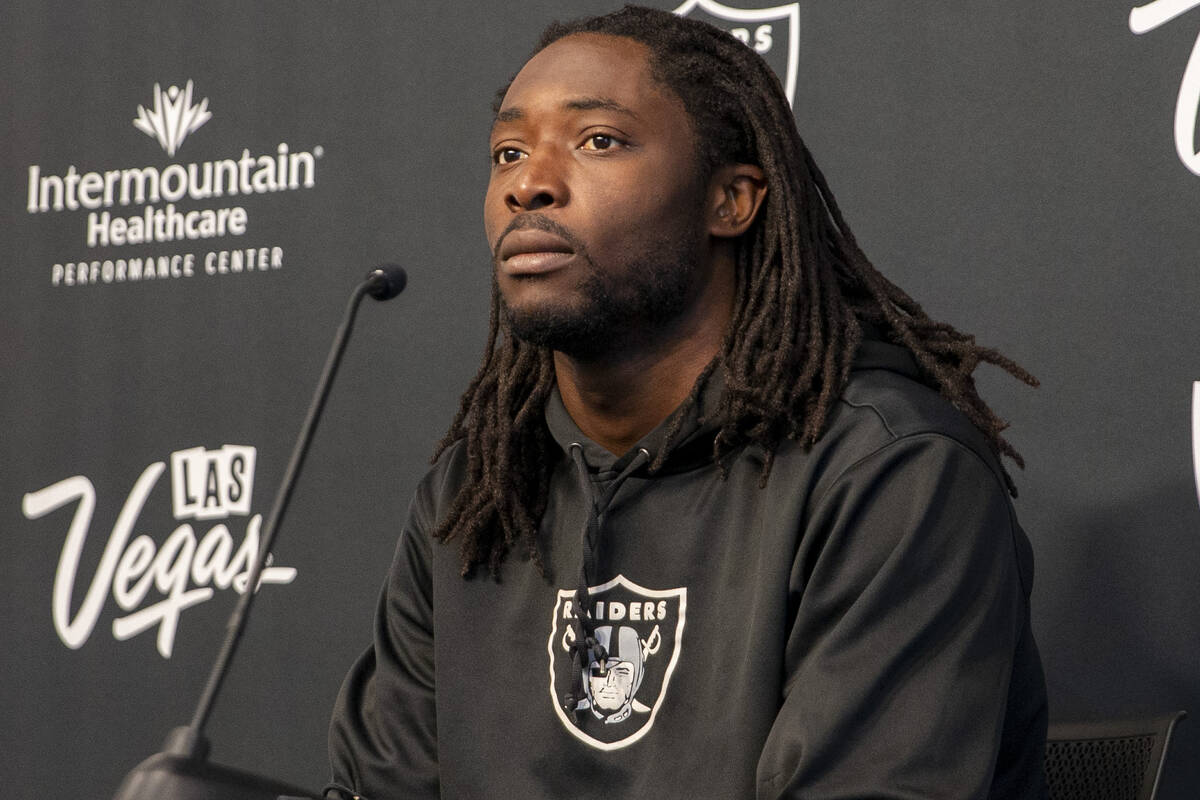 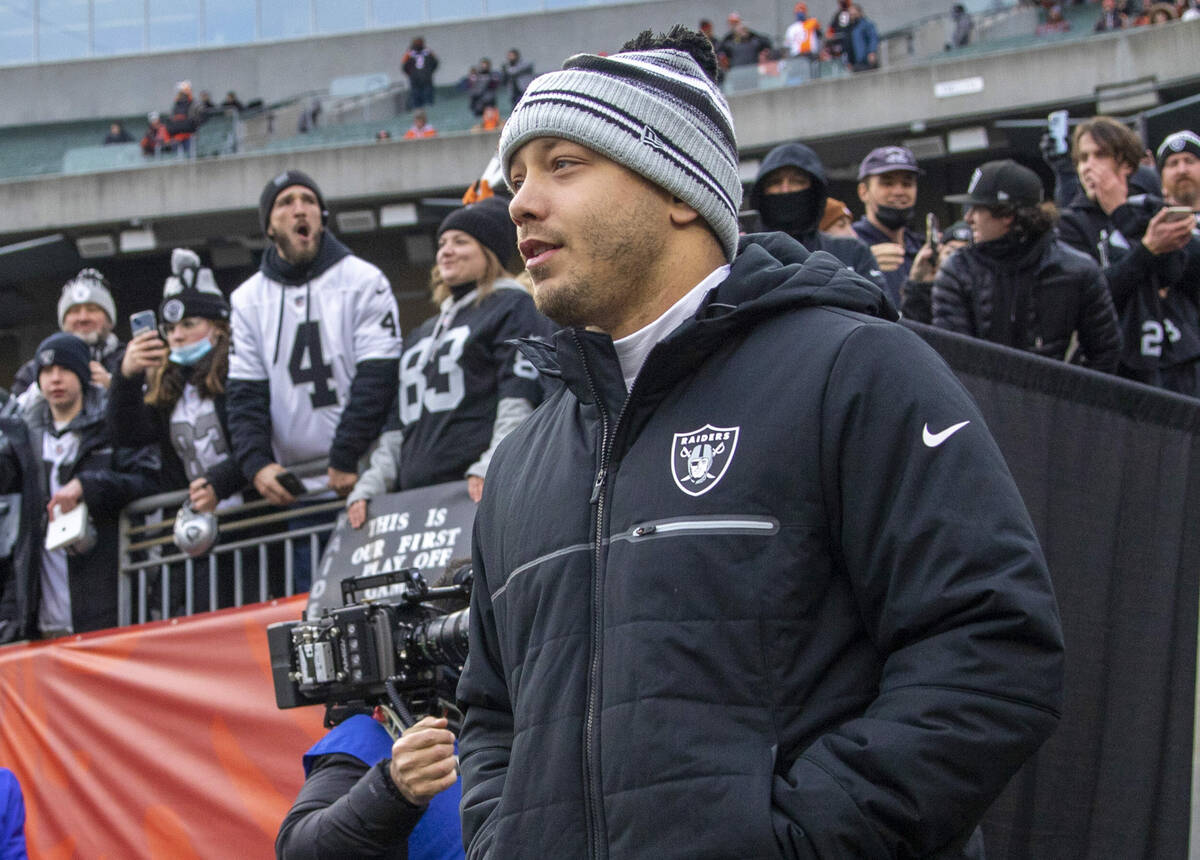 Raiders fullback Alec Ingold walks out with the team before an NFL playoff game between the Raiders and the Cincinnati Bengals on Saturday, Jan. 15, 2022, in Cincinnati. (Heidi Fang/Las Vegas Review-Journal) @HeidiFang

The Raiders have opted against tendering fullback Alec Ingold, which means he will become a free agent able to sign with any club when the market opens on March 16.

In another offseason move ahead of free agency, the Raiders are releasing linebacker Cory Littleton, a disappointment as a free-agent signing two years ago. Littleton’s release will be designated as a June 1 transaction, which will eventually mean $11 million in cap space relief next summer.

In addition, the contracts of left tackle Kolton Miller and running back Kenyan Drake were restructured to clear just over $14 million in cap space. The Raiders are now $34 million under the cap.

Ingold, who scored the first NFL touchdown in Allegiant Stadium history and grew into a fan favorite over his three seasons with the Raiders, had his 2021 season cut short when he tore his anterior cruciate ligament in Week 10 against the Kansas City Chiefs.

“Gut-wrenching and heartbreaking” is how Ingold described his feelings upon being informed of the Raiders’ decision. “It feels like I’m going undrafted all over again.”

While no doors are being closed for a return, at this point Ingold is expected to hit the open market next week.

An undrafted free agent out of Wisconsin in 2019, Ingold won a roster spot as a fierce blocker and short-yardage runner who could also catch out of the backfield.

Over three seasons he caught 28 passes for 239 yards and a touchdown and ran 15 times for 22 yards.

But it was his role as a blocker and team leader that resonated in the locker room and with fans. At the time of his injury, Ingold was grading out as the second-best pass blocker among NFL fullbacks, according to Pro Football Focus.

“It’s a tough circumstance that nobody can really control and I get it,” Ingold said. “Just have to lock in on what I can control and be the best Alec Ingold I can be.”

With his future uncertain, Ingold is hoping for the best for the Raiders.

“I wish the Raiders the best of luck,” he said. “I know all those guys in that building have a vision of what needs to happen to finish what we started. I’m really excited to see that manifest. My future is all about getting healthy and being a better football player after this ACL than before.”

Ingold said the road to recovery is going well, and the goal is to be full-go by the time training camp opens.

“I’m over three months post-operation now and crushing the rehab,” he said. “I’m excited to be fully cleared by training camp wherever that might be and take all of these lessons and hardships and turn it into a heck of a 2022 campaign.”