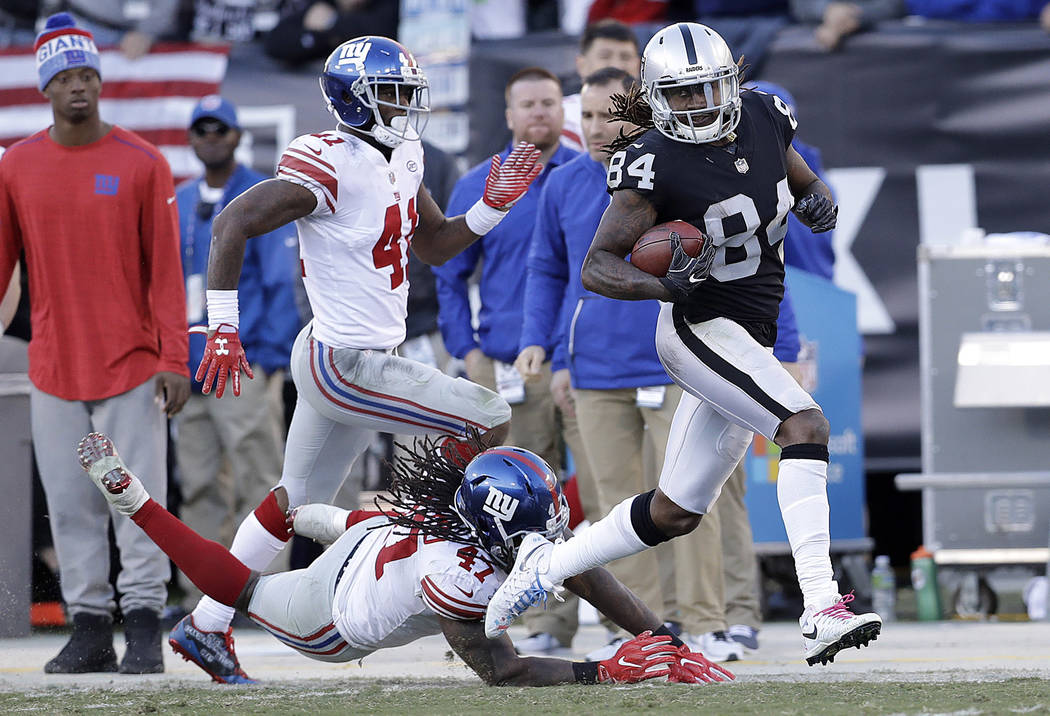 The Raiders continued their overhaul on special teams Sunday, trading wide receiver Cordarrelle Patterson to the New England Patriots, a source said. Patterson is widely considered among the NFL’s top kickoff returners. His departure reportedly resulted in a draft-pick upgrade, as Oakland acquired a fifth-round pick in exchange for a sixth-round choice.

Previously, the Raiders owned six selections in the sixth round. They had none in the fifth following last April’s trade for running back Marshawn Lynch with the Seattle Seahawks.

Patterson spent one season in Oakland.

He often was avoided on kickoff returns, averaging 28.3 yards on 19 attempts. He added 31 receptions for 309 yards and 13 carries for 121 yards and two touchdowns. The Patriots avoided Patterson in Week 11, kicking six touchbacks instead. He also served as a gunner on the punt team opposite wide receiver Johnny Holton.

The move won’t be finalized until Patterson passes a physical. Once done, his $3 million salary and $250,000 workout bonus will be cleared from the Raiders’ 2018 books. This could facilitate their pursuit of free-agent wide receiver Ryan Grant, whom a source said Saturday soon would be visiting the club.

Patterson, 27, joined the Raiders following a four-year stint with the Minnesota Vikings. Ironically, the Vikings traded up with the Patriots to select him with the 29th pick of the 2013 draft. He became a two-time Pro Bowler and, in 2016, an All-Pro selection.

His Oakland tenure, however brief, was of impact.

The Raiders averaged a starting position of their own 27-yard line following a kickoff, best in the NFL. They ranked 22nd in the same category in 2016, starting at their own 24.

Patterson’s earnings in 2018 theoretically could have been larger than his $3.25 million cap hit. A source familiar with his contract said Sunday that he could’ve pocketed up to $1.75 million for performance incentives. This amount was tied to separate $350,000 benchmarks for recording 55 or more catches, 70 or more catches, 55 percent or more playing time of the offense’s snaps, 70 percent or more playing time, and a Pro Bowl selection.

Patterson’s trade represents one of many recent changes on special teams.

It is possible, if not likely, Patterson’s successor at kickoff returner is not on the current roster. The Raiders signed wide receiver Griff Whalen on Monday, but he is not considered a lock to make the team out of training camp.

The Raiders took a critical look at their running back position this offseason, considering potential alternatives when determining the best course of action.

Ultimately, they committed to Marshawn Lynch. That meant a hefty payday.

Lynch collected a $1 million bonus Sunday for being on the team’s roster on the fifth day of the NFL league year. Up next, he is due a $4 million salary in 2018 along with $250,000 if he participates in 85 percent of the team’s offeason workouts. He can earn an additional $2 million for performance incentives.