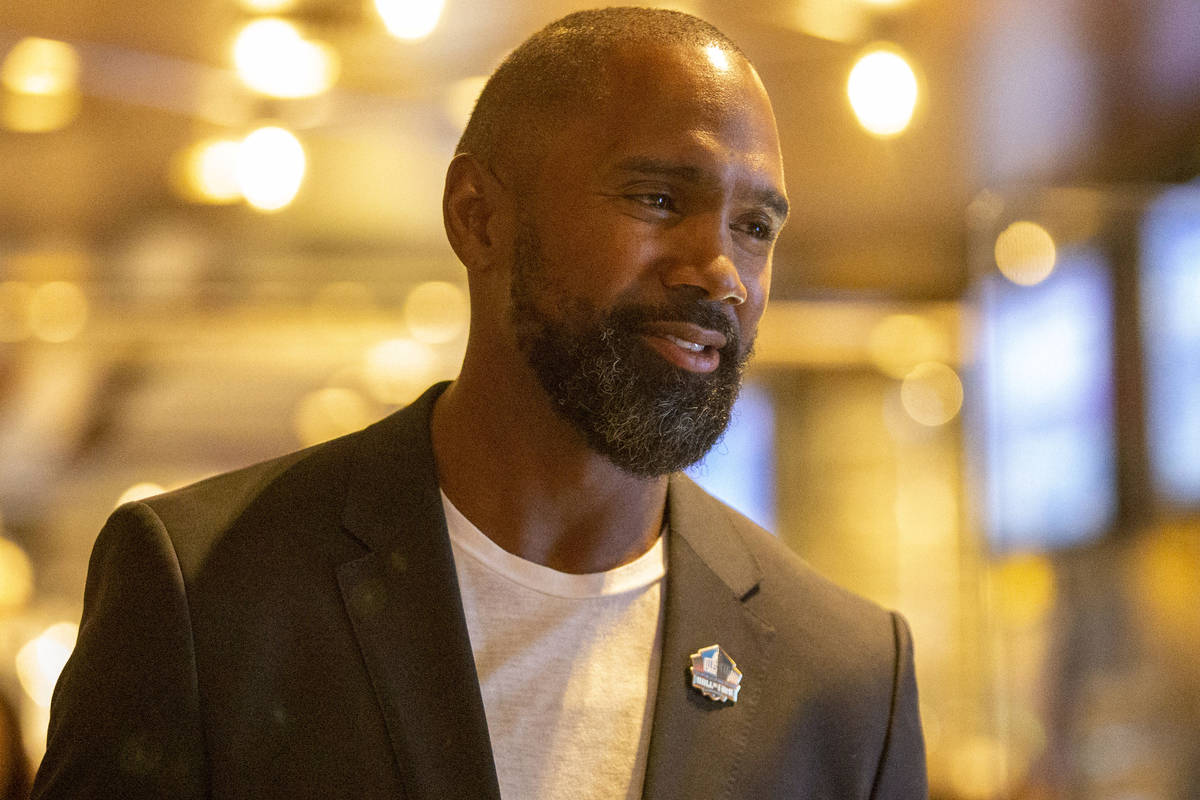 Former Raiders defensive back and Hall of Famer Charles Woodson is interviewed at the ribbon cutting ceremony for the Raiders Tavern and Grill at M Resort on Wednesday, March 31, 2021, in Henderson. (Heidi Fang/Las Vegas Review-Journal) @HeidiFang 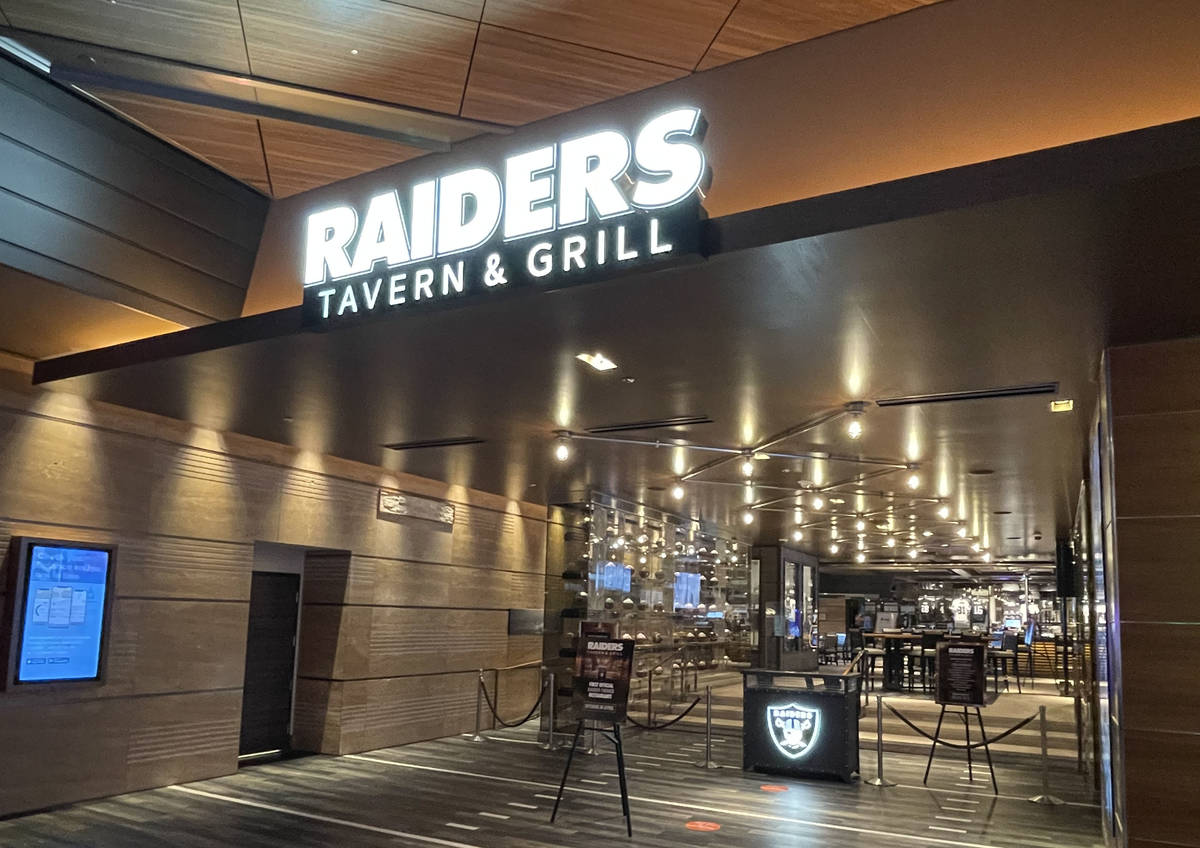 The Raiders Tavern & Grill entrance off the casino floor of the M Resort as seen on March , 29, 2021. (Mick Akers/Las Vegas Review-Journal.)

The term “Once a Raider always a Raider” is used often to describe the Raiders family-like relations with former players.

That mentality spilled over into the team’s first official branded restaurant, the $2.5 million Raiders Tavern & Grill that opened Thursday at the M Resort.

Aside from a giant wall wrap with that phrase on it, the 8,000 square-foot space will also feature former players’ products.

Despite his Raiders ties, he said he didn’t receive preferential treatment in getting his wine added to the slate.

“We had to come in like anybody else,” Woodson said. “I had to come in and sit down with Michael Credico, (M Resort) head of food and beverage and taste through our wines. If we didn’t have a great product, I’m sure he would have turned us away.”

M Resort general manager Hussain Mahrous said a wine giveaway at the property featuring Woodson’s wine only strengthened the case to add his offering to the menu.

Raiders President Marc Badain said the team is always willing to do whatever it can to assist alumni.

Additionally, a lot of the memorabilia included in the Raiders Tavern was provided by team alumni and their personal collections, Badain noted.

“You can see a lot of Raider history in there,” Badain said. “Some of the memorabilia came from the alumni themselves. They reached out and sent their own gear here so that they could have it up in the restaurant.”

Coming off the excitement of being named to the hall of fame earlier this year, Woodson said having his brand included in the first official Raiders restaurant is history in it’s own right.

“I’m extremely grateful to be part of this historical moment,” Woodson said.

Badain envisions the M Resort being an ideal location for Raiders alumni when they travel to Southern Nevada to take part in events or take in a Raiders game, with their presence already felt with the various pieces of Silver and Black history hung throughout the restaurant.

“I think they’ll come here (The M) when they come here (Las Vegas) for games, if they don’t already live here,” Badain said. “This will be another home away from home for them,” Badain said.