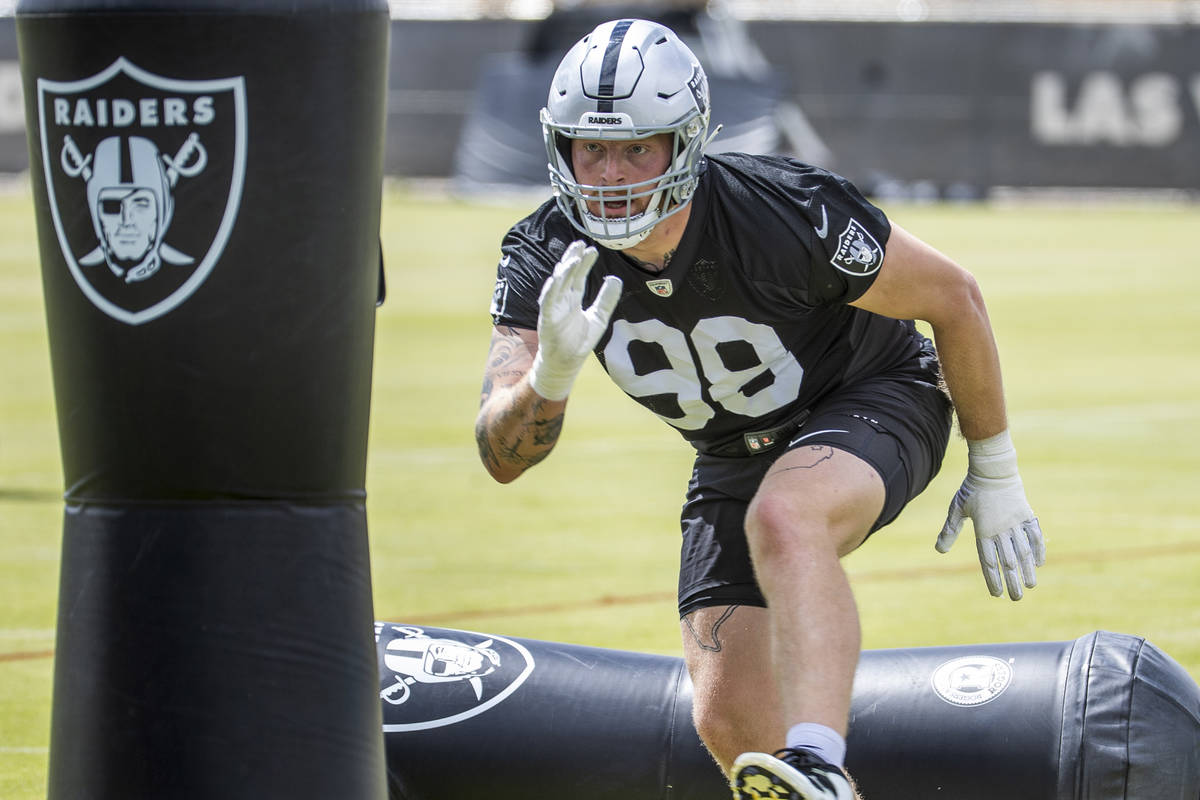 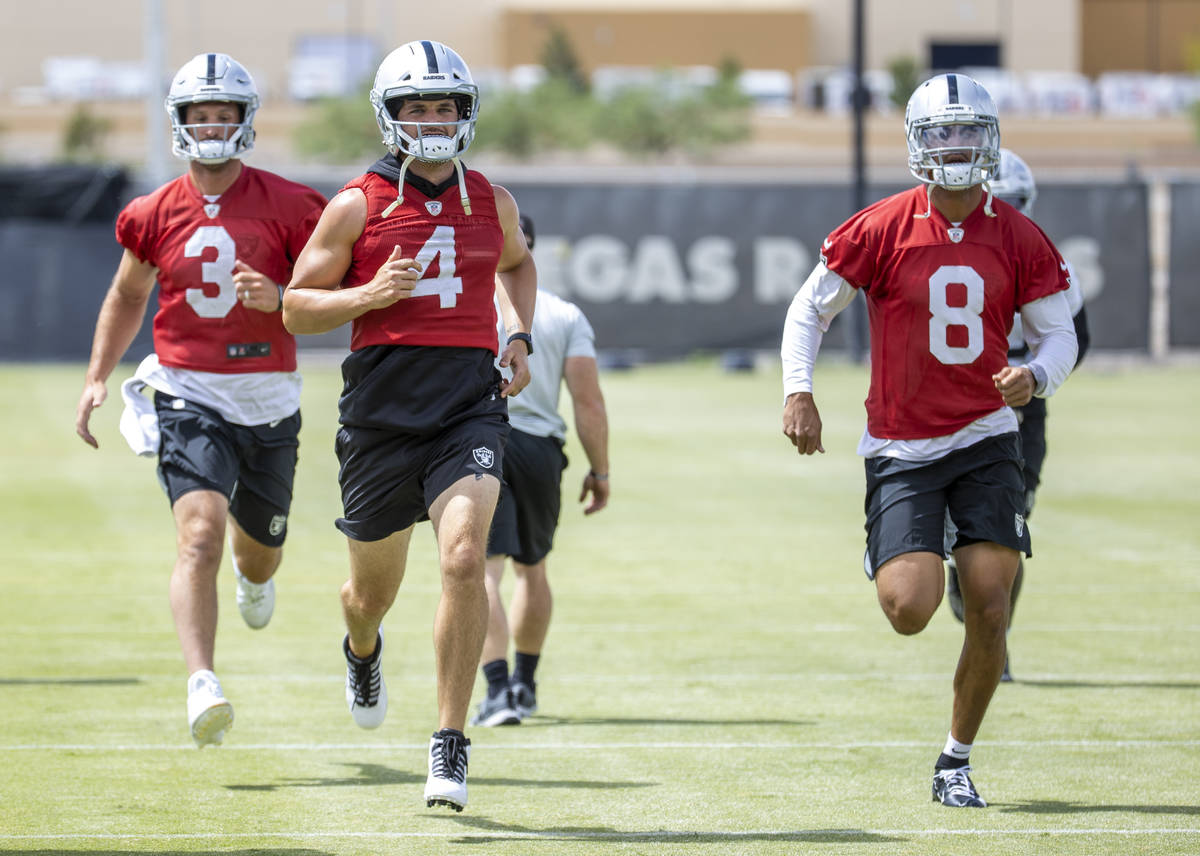 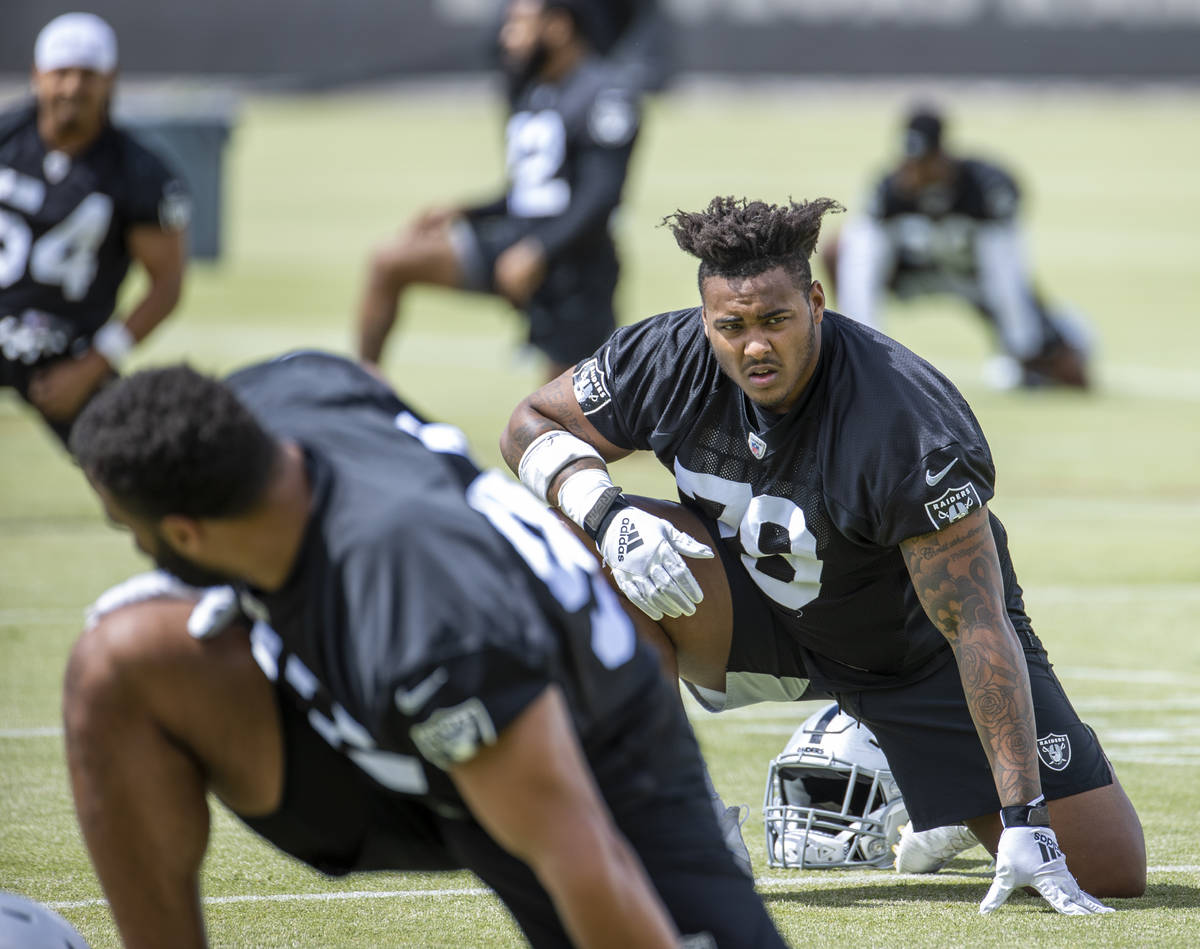 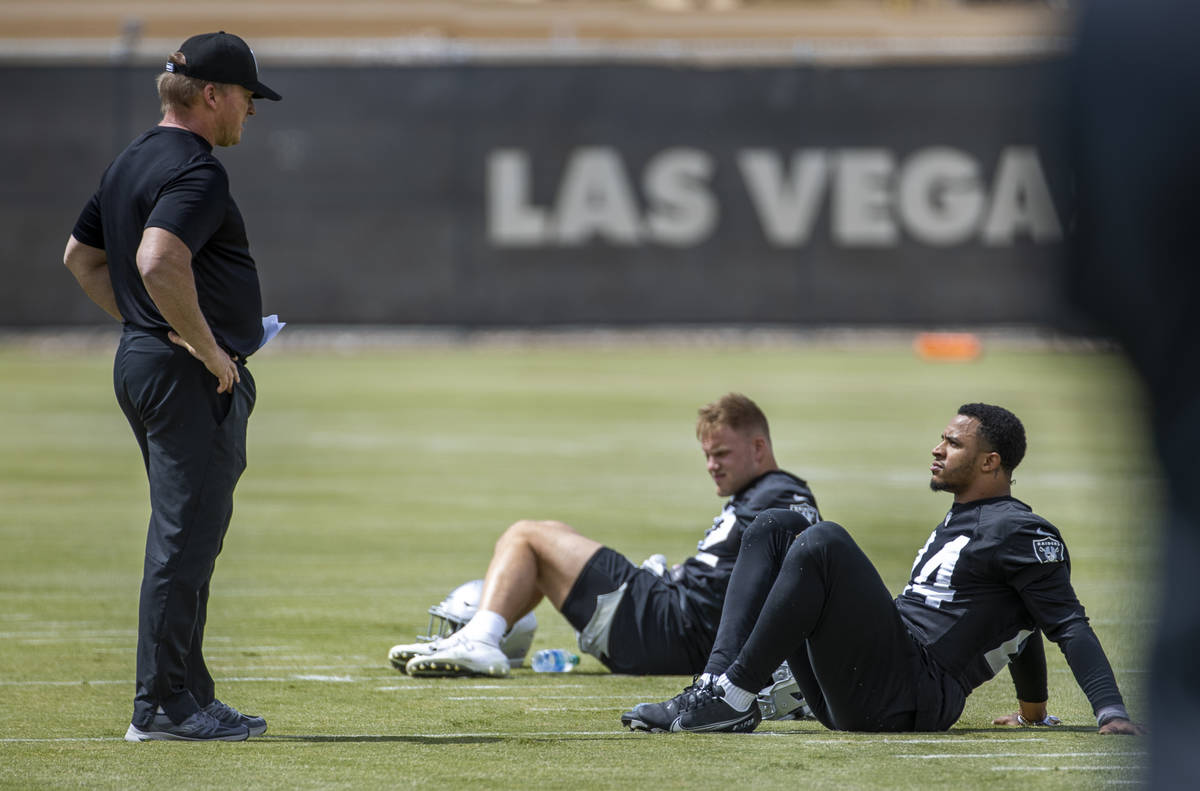 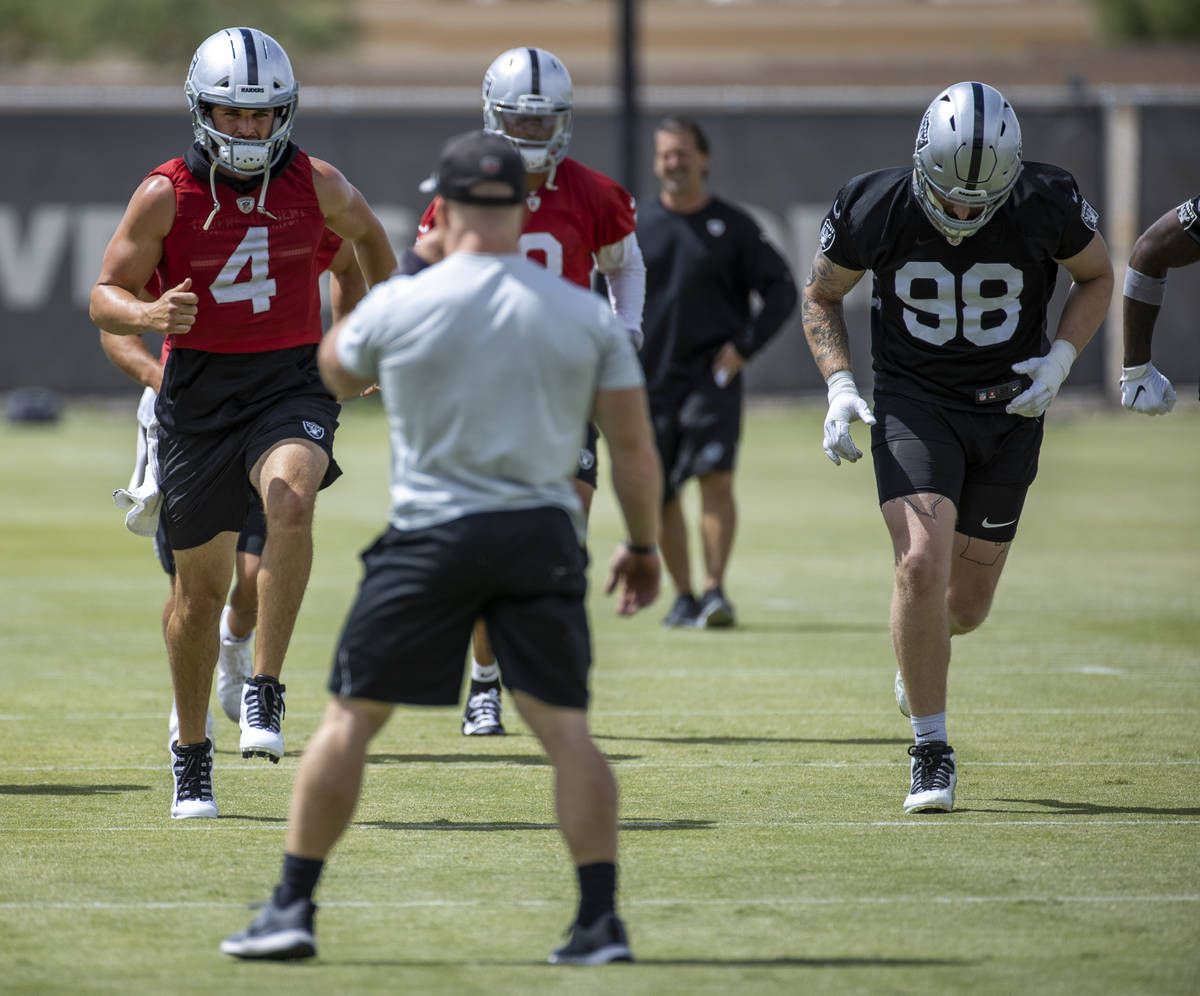 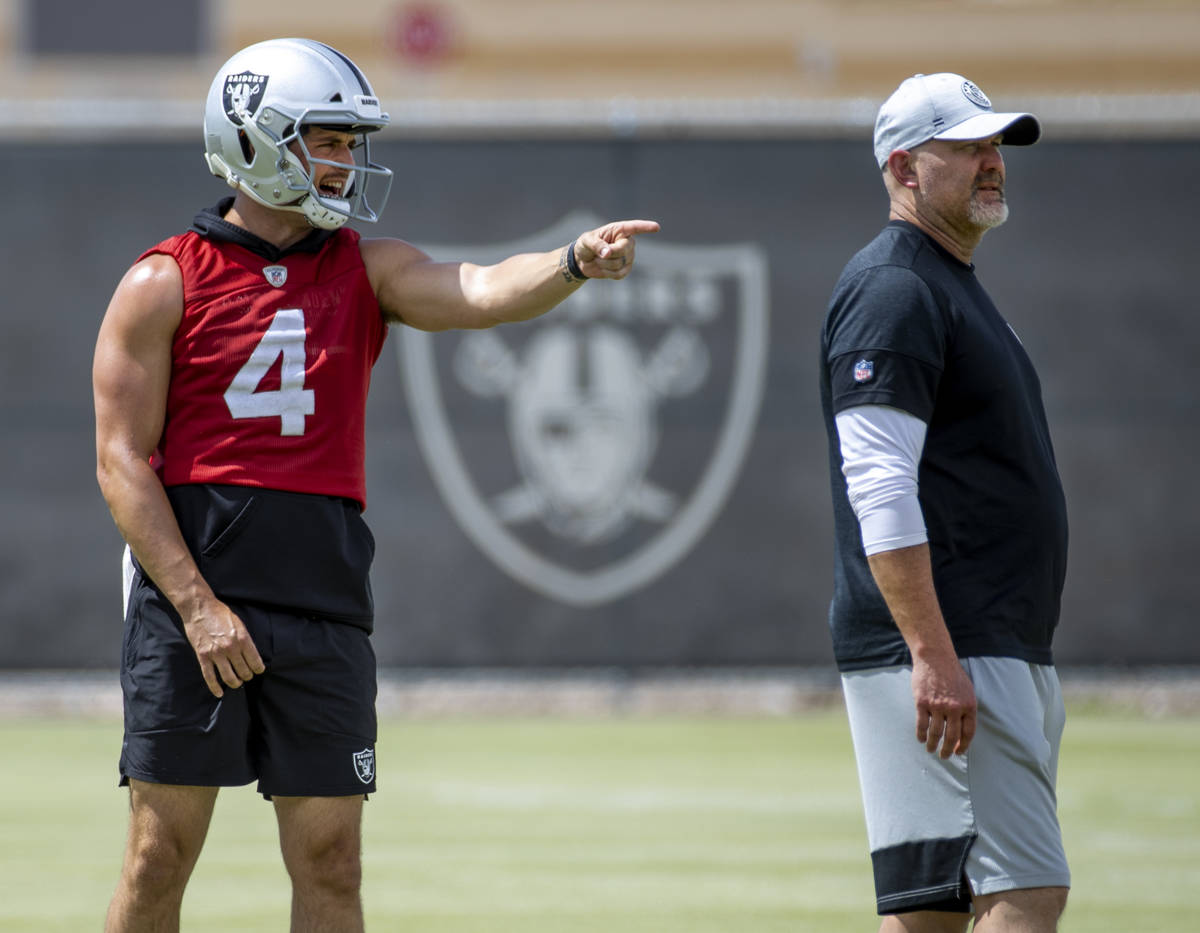 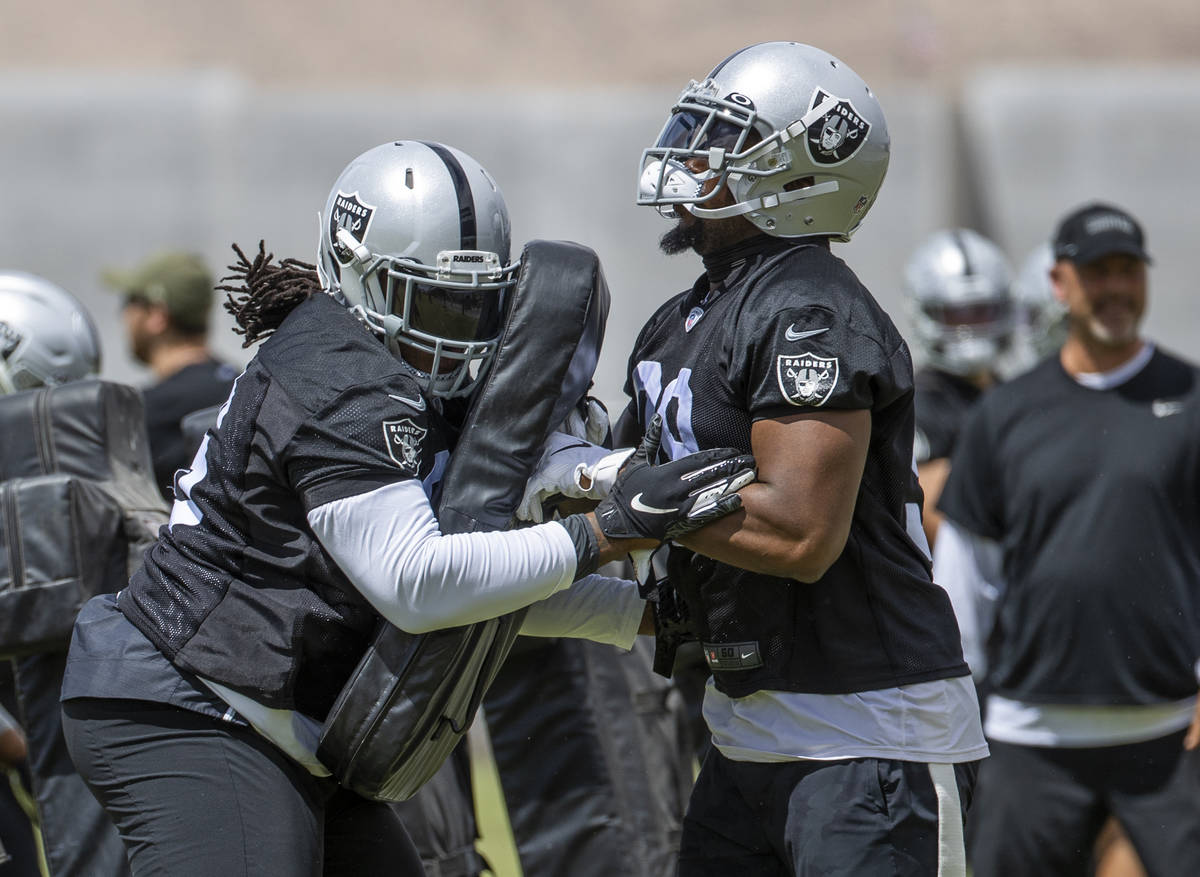 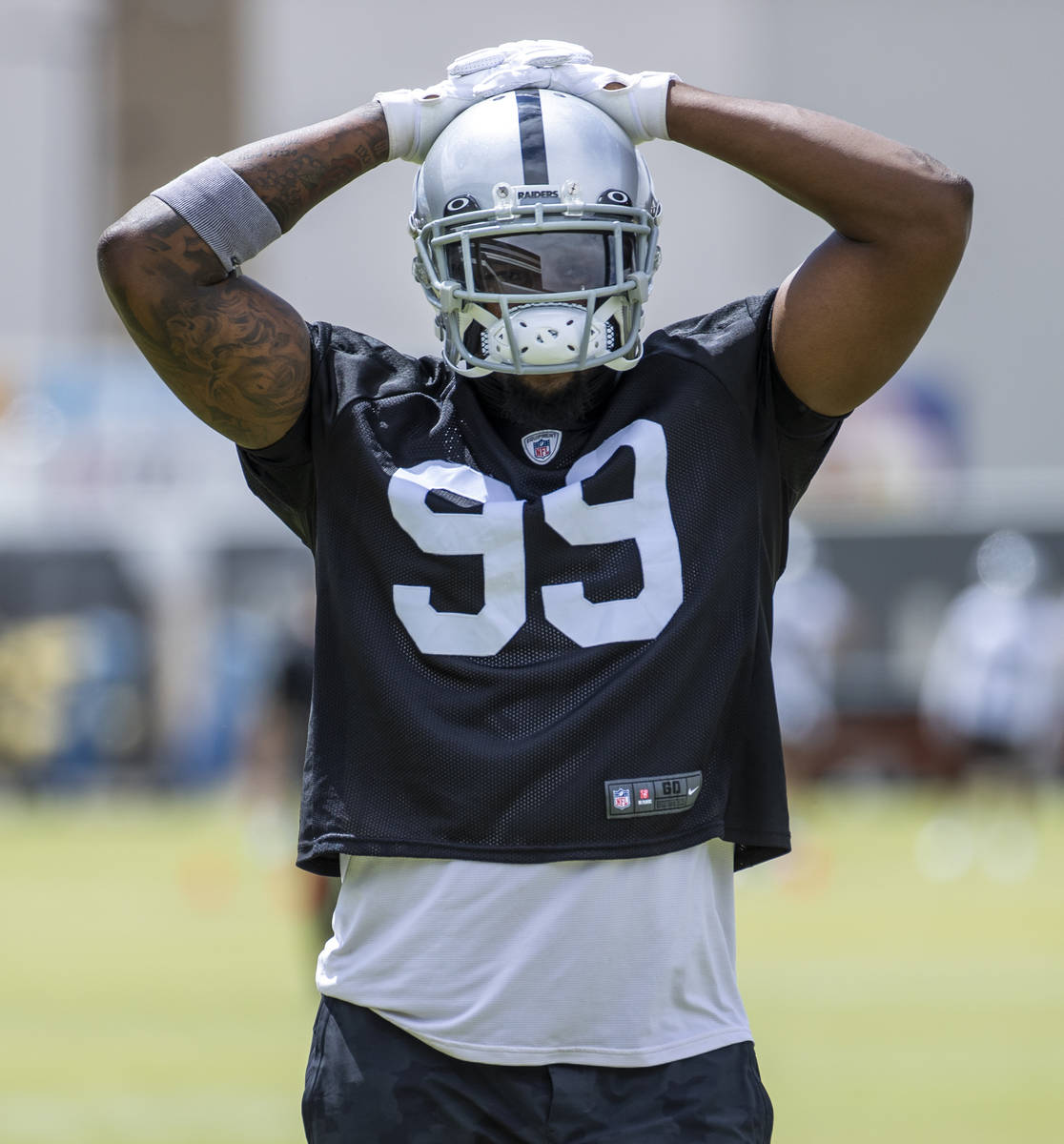 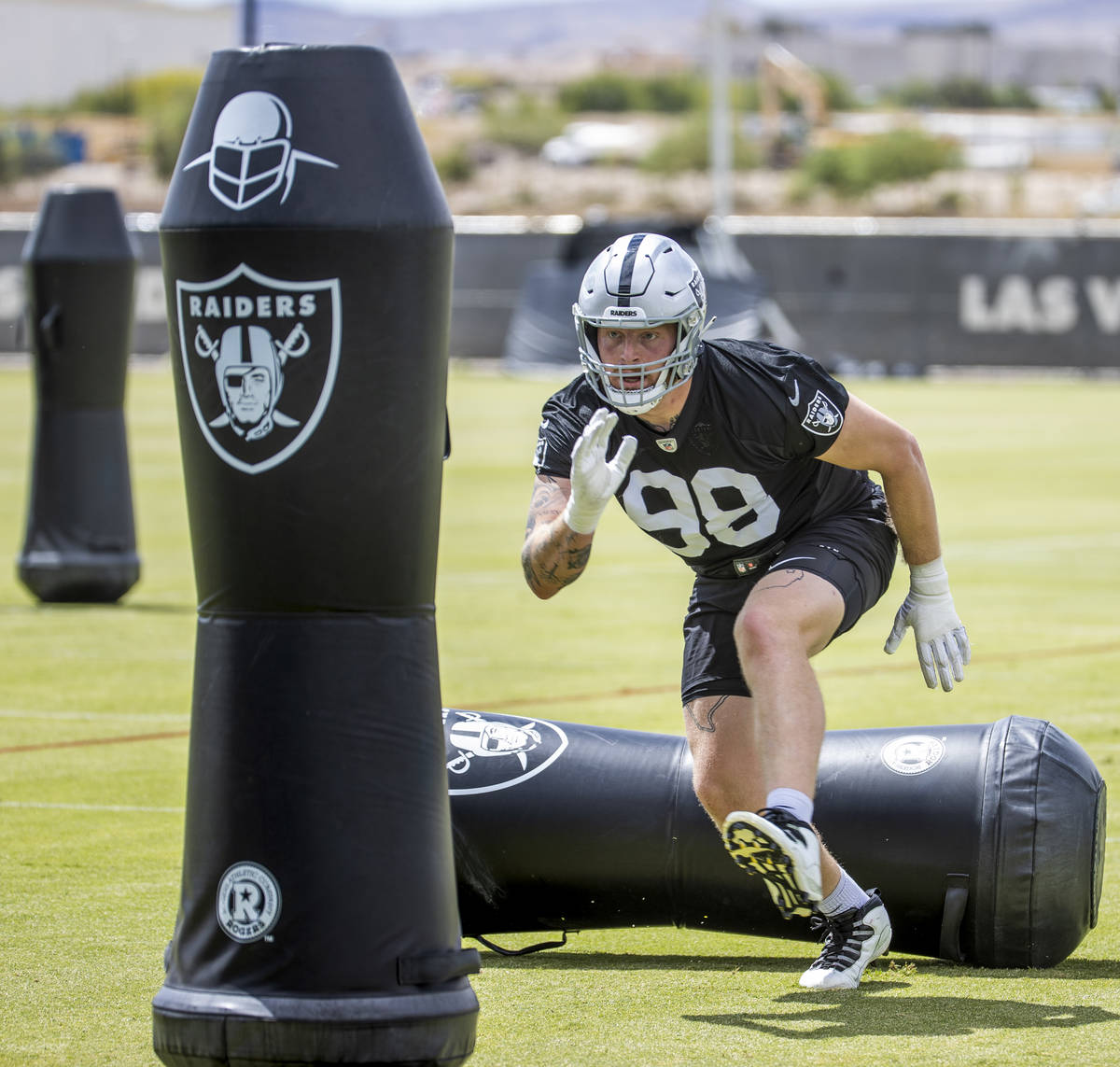 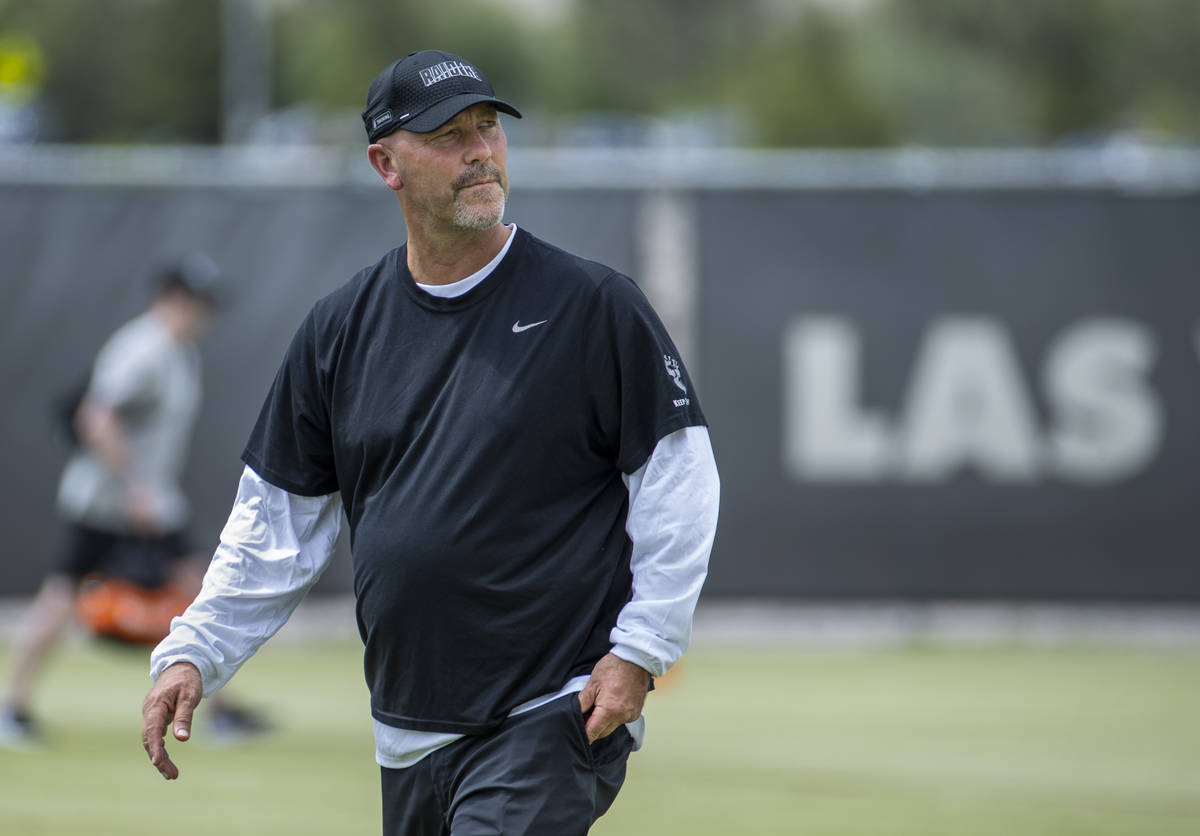 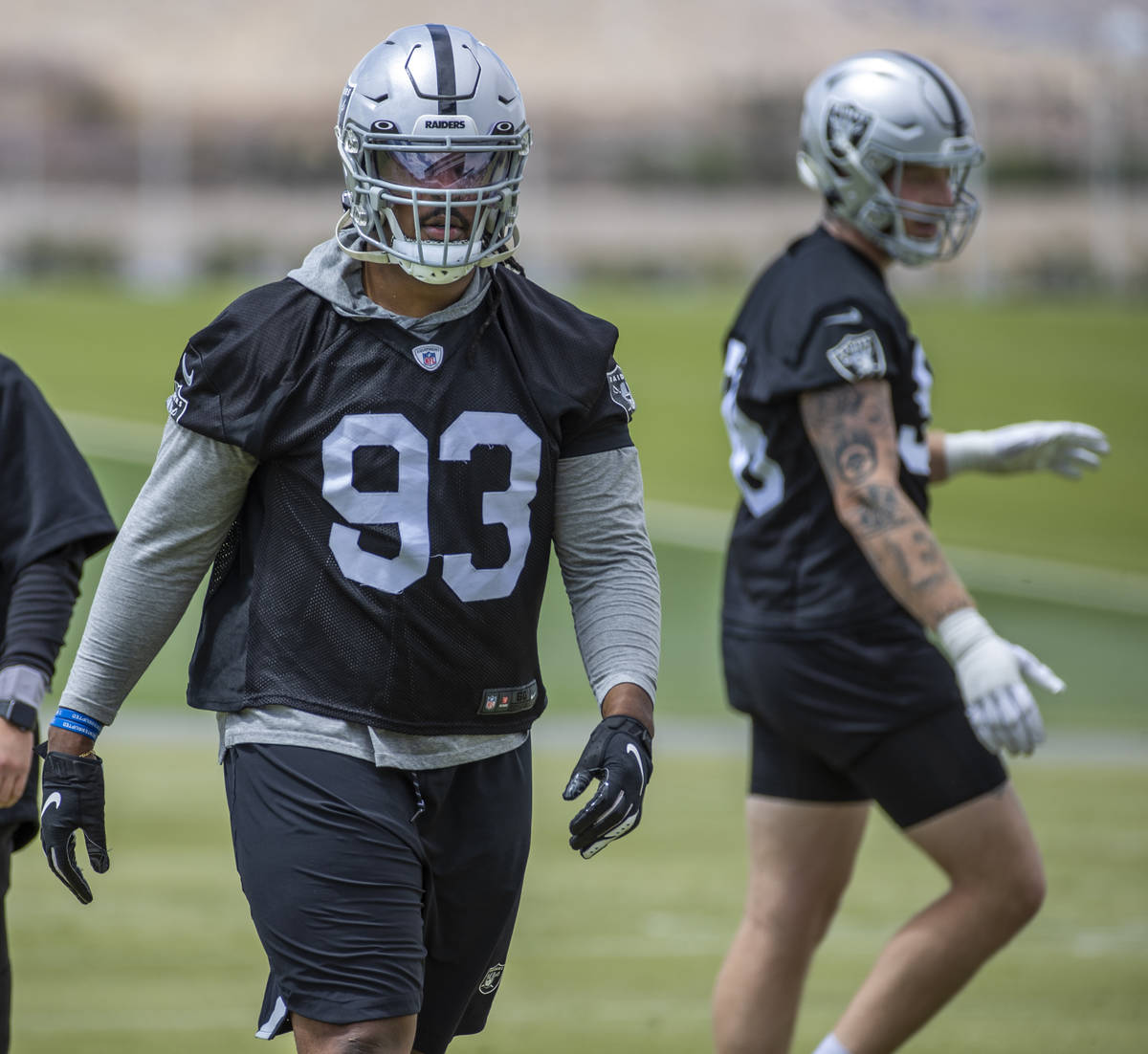 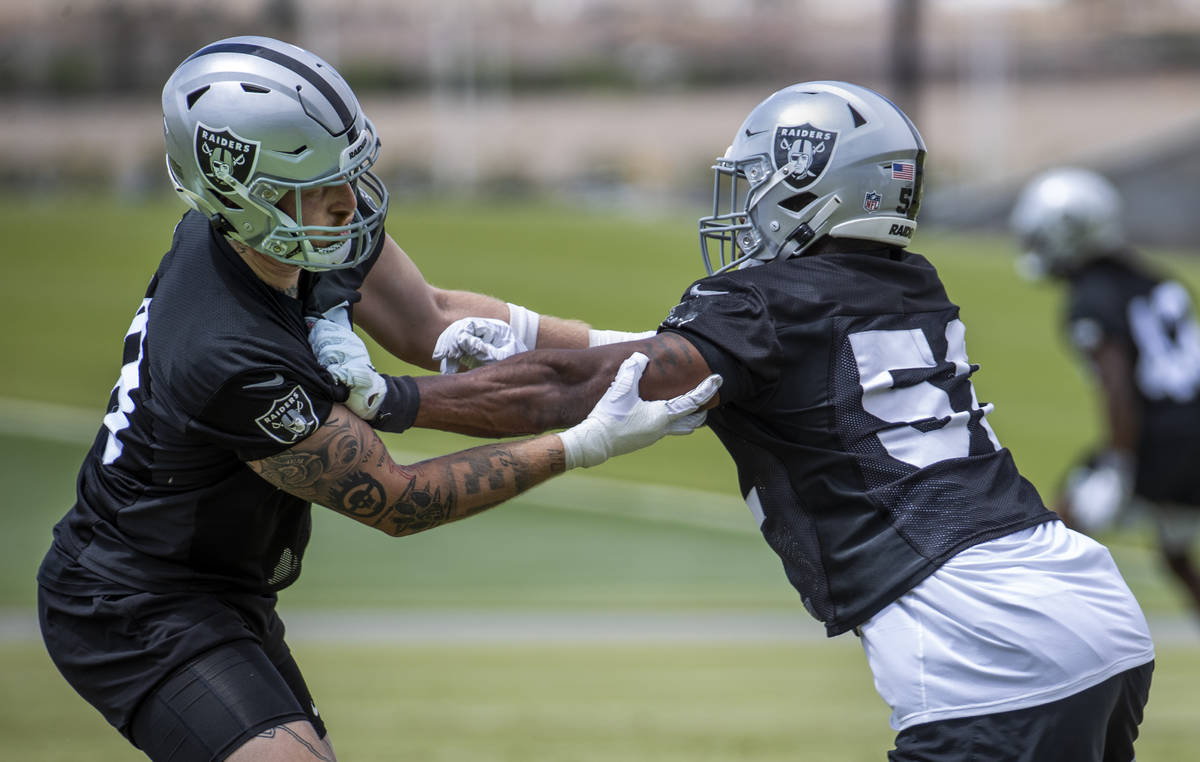 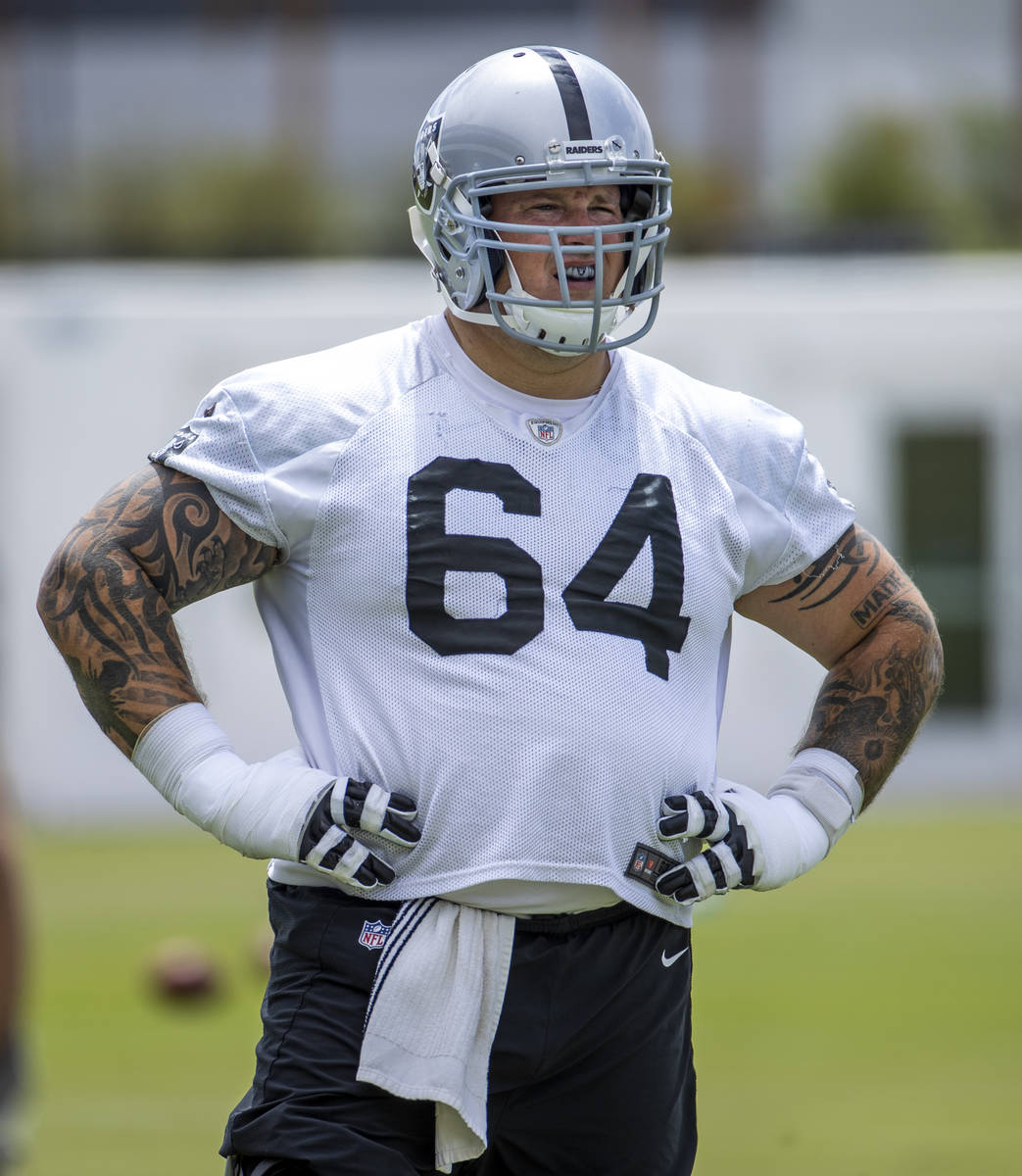 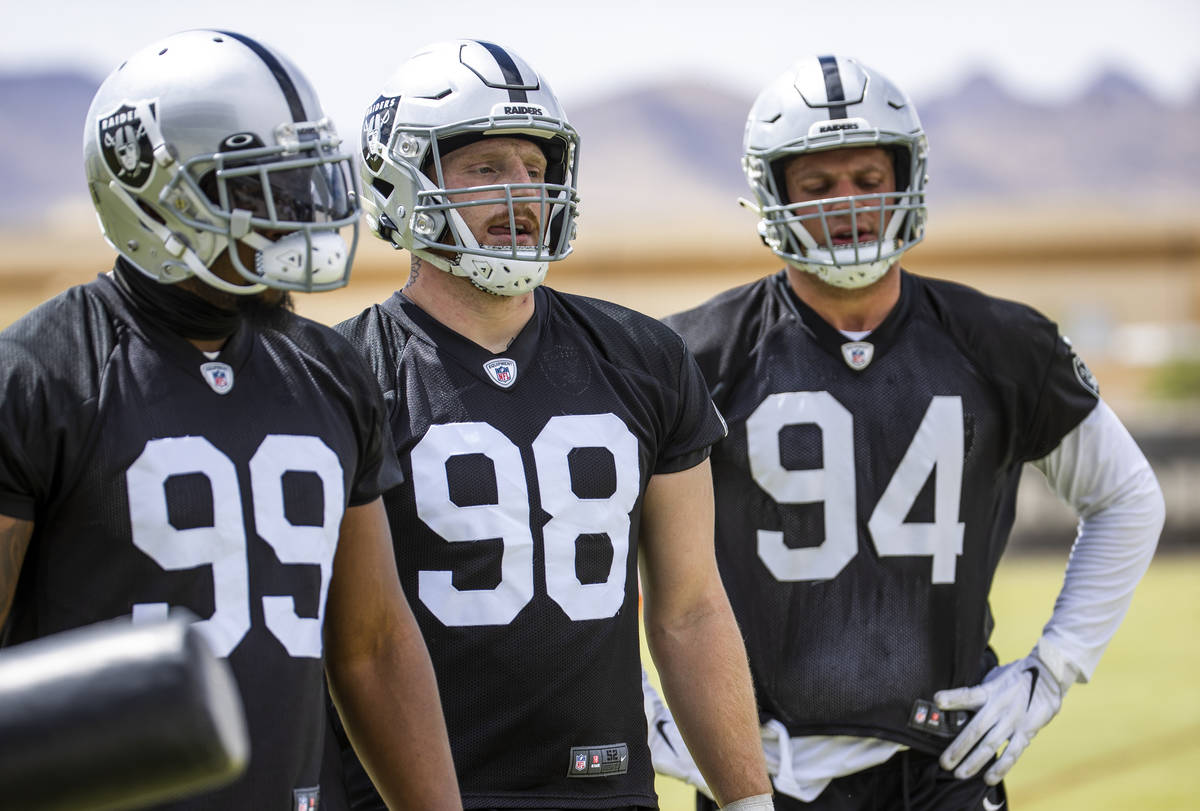 The Raiders opened part of their workday to the media on Wednesday, and while organized team activities are classified as voluntary, 83 of the 89 players on the roster participated.

The big turnout is conspicuous given the Raiders voted last month to boycott in-person OTAs at the behest of the players union. Even at the time, though, the sense was that vote was more out of obligation to the union rather than the genuine feelings of individual players, many of whom understood the importance of this time of year.

That sentiment was expressed Wednesday by left guard Richie Incognito while describing the balancing act of appeasing the NFLPA and the understanding among teammates that it behooved them to take advantage of OTAs. All of which spilled over during a team meeting shortly after the vote.

“We were like, ‘Listen, other teams are working and we are at a competitive disadvantage if we’re not working,’ ” Incognito said. “Let’s get (ourselves) back there and get to work.”

The six players not on the field were running back Josh Jacobs, defensive linemen Yannick Ngakoue and Quinton Jefferson, tight end Derek Carrier, cornerback Isaiah Johnson and rookie linebacker Divine Deablo. Of those, only Deablo is not under contract.

The Raiders got three snaps from the projected starting offensive line last season — all of which came in the season opener. That prompted an offseason overhaul for getting younger and more cost-effective.

The Raiders had all five projected starters on hand Wednesday, including Incognito, who missed 14 games last year after sustaining a season-ended Achilles injury.

“Now’s the time to lay the foundation for training camp,” Incognito said.

“I think coming from Alabama … one of the biggest things he learned is he already kind of knew how to conduct himself like a pro,” defensive end Cle Ferrell said.

Entering his third season, defensive end Maxx Crosby looks to be in great shape while coming off a torn labrum and a broken metal plate in his right hand. Neither issue kept him off the field in 2020, but no question he feels much better as he closes in on being 100 percent healthy.

In fact, during pass rush agility drills he was flying around.

“I’m very, very close,” Crosby said. “I’m able to do everything. The good thing is we have time, so I’ve been rehabbing every day getting right, getting stronger and just getting ready for the season.”

The Raiders did a lot of work along the defensive line by bringing in Ngakoue, Jefferson, Solomon Thomas and Darius Philon and drafting rush end Malcolm Koonce. The objective is to improve a pass rush that generated just 21 sacks, 14½ of which came from the defensive line.

The addition of Ngakoue, in particular, is expected to bolster the pressure off the edge in tandem with Crosby and Ferrell. By building a deep rotation, the expectation is the group’s efficiency will rise.

“I can’t wait to go out there and play with him,” Crosby said of Ngakoue. “He’s a great player. I’ve been watching him from afar. … so I’m really excited and looking forward to playing with him. He’s a stud.”

Muse, who missed his entire rookie season with a toe injury, looked fit and healthy and flashed at times in some sub-package work. The Raiders have a similar vision with Deablo, the rookie from Virginia Tech who is making the same transition Muse is making going from college safety to NFL linebacker.