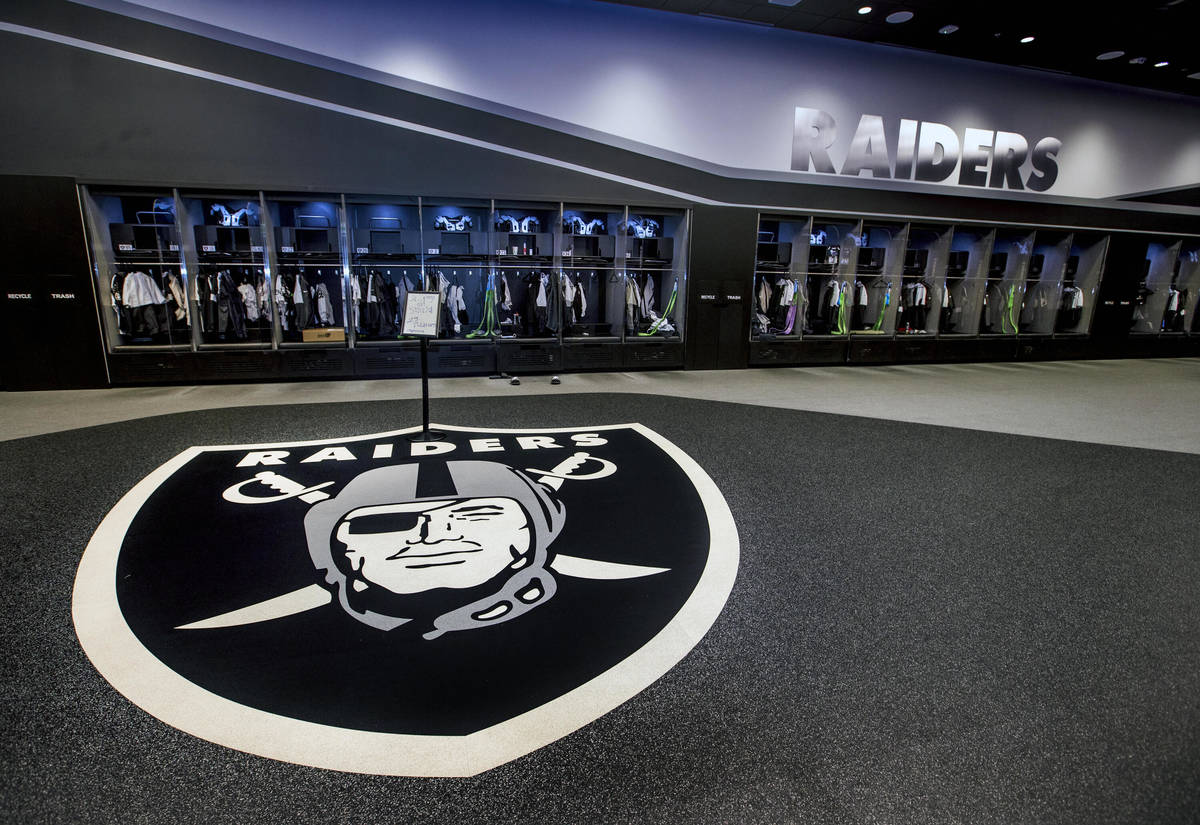 A large logo is painted on the floor in the expansive locker room within the Las Vegas Raiders headquarters on Wednesday, April 14, 2021 in Henderson. A sign says if you step on it you owe 25 push-ups as payback. (L.E. Baskow/Las Vegas Review-Journal) @Left_Eye_Images

The move to Las Vegas continues to show positive results for the Raiders.

Over the past year, the value of the Silver and Black has increased by 10 percent to $3.415 billion, according to Forbes. This puts them at 16th among the NFL’s 32 teams in overall value.

Before the Las Vegas relocation talks heated up in 2015, the Raiders’ value was listed at $1.4 billion, which ranked 31st in the league.

The Raiders’ ranking for increased value did fall two spots from last year to 12th in the NFL, as their 10-percent increase was below the league’s average spike of 14 percent.

Michael Ozanian, Forbes’ executive editor who created the publication’s sports team valuations lists, said the continued rise in worth is mainly tied to the Raiders’ relocation. That move led to the construction of Allegiant Stadium and the Henderson practice facility, new sponsorship deals in Las Vegas and robust personal seat license revenue at the stadium.

Ozanian said he compares the Raiders to the two Los Angeles teams, the Rams and Chargers, who also recently relocated.

The Dallas Cowboys continue to hold the highest value for NFL teams at $6.5 billion, ranking at the top of the Forbes list for the 15th consecutive year.

As sports in general try to bounce back after suffering a significant drop in revenue because of COVID-19, the NFL recouped some of those losses by signing lucrative media deals, including extending rights for Monday Night Football.

The reigning Super Bowl champs saw their value increase by 29 percent to $2.94 billion. They are 21st on the Forbes list.

Ozanian warned that the Raiders’ mighty rise in value could begin to slow since they have tapped into most of the major sponsors in their new market and will face increased competition as Las Vegas grows as a destination for pro sports.

“They’ve been going up for years now knowing they were going to go into this building,” Ozanian said, referring to Allegiant Stadium. “But the one word of caution that I hear … most people think in the next several years you could have at least one and perhaps two more pros sports teams there. … That could make it more challenging for the Raiders in terms of sponsorships and season tickets.”