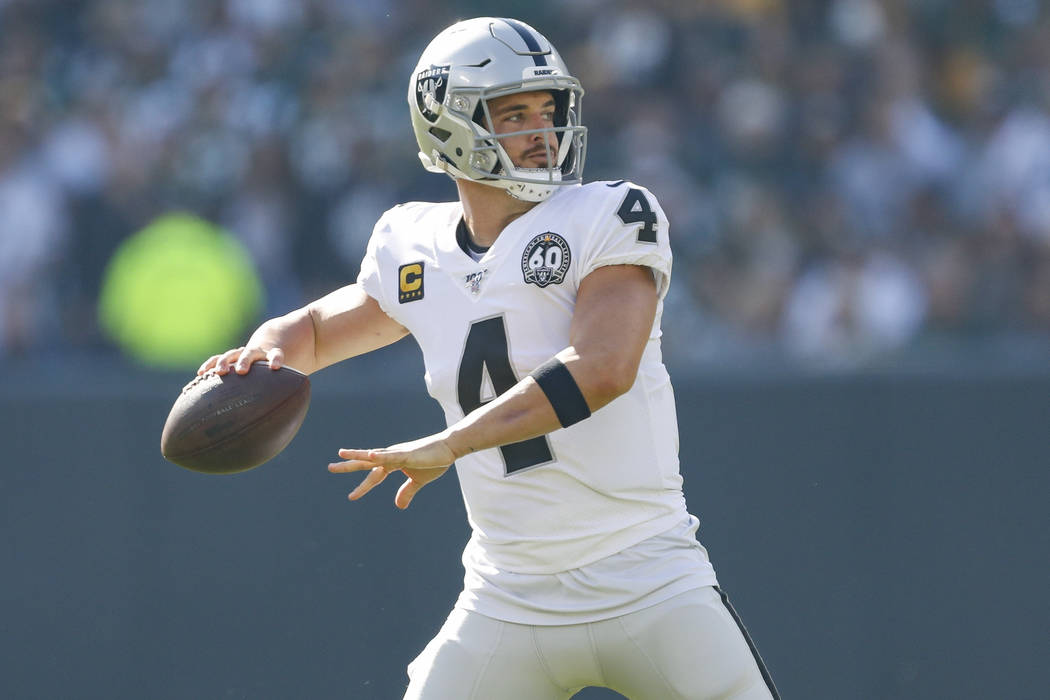 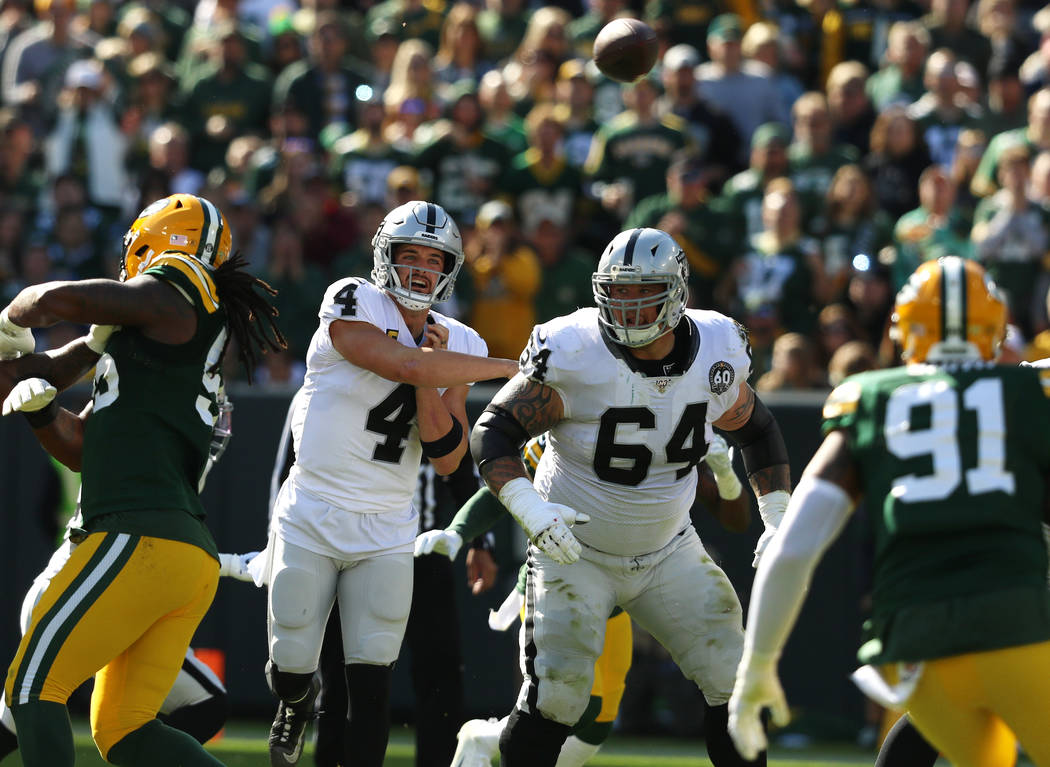 Make no mistake, the Raiders are going places — and we don’t just mean Las Vegas after this season.

In just a short time, Jon Gruden and Mike Mayock have made their imprint on this football team and, despite Sunday’s 42-24 loss to the Packers that dropped Oakland to 3-3, this is a team that will be heard from before the season is out … if one person takes his game to another level.

The offensive line is among the best in the league and is the foundation for that side of the ball. Running back Josh Jacobs and tight end Darren Waller are elite at their position and matchup problems for defenses. The weapons, especially at tight end, are better than critics will acknowledge. And Gruden has gotten into a groove game-planning and calling plays for this offense.

That’s why you see so many players running open.

Defensively, there are a lot of issues that need to be addressed by coordinator Paul Guenther, but his good interior line is tough to run on. And Gruden and Mayock sent a signal on Monday to the defensive side of the locker room with the trade of former first-round pick Gareon Conley. The message: The Raiders are going to play tough, physical football on defense — at all positions. If you’re a cornerback like Conley, you better be willing to strap that helmet on and tackle on your edge or the Raiders will find someone else more willing and able.

Now, after the Packers loss, the big question is, will quarterback Derek Carr be part of the problem or the solution for this team?

In many ways, Sunday encapsulated Carr’s season to date. After a rough and wild start where he airmailed three receivers, Carr played some excellent football. Even when Packers defensive coordinator Mike Pettine — one of the league’s best at confusing quarterbacks (ask Tom Brady from Pettine’s time with the Jets) — sent the house with six rushers, Carr burned him with a touchdown and a big third-down conversion. Carr was dropping some perfect passes, as you would expect with his 74.1 completion percentage.

But in a game that should have been the kind of shootout that was determined by who had the ball last between Aaron Rodgers and Carr, the Raiders’ quarterback came up short because of two plays — the fumble out of the end zone and the underthrown interception in the end zone.

Simply put, those plays just can’t happen if the Raiders expect to be a playoff contender by the end of the season.

Carr had already been victimized by the fumble rule two years ago. It’s such a punitive rule that disciplined coaches like Bill Belichick have instituted mandatory benching rules if you reach out for the goal line and fumble.

“I was thinking about Bill to be honest, because I didn’t want to lose the football, because I would’ve been in trouble,” said Patriots linebacker Kyle Van Noy about reaching for the pylon for his touchdown against the Giants in Week 6. “I’m glad I didn’t.”

Carr, who did call his play “stupid” and took responsibility, said it’s going against his natural instinct not to make a play.

That decision wiped out a possible score to put the Raiders up 17-14 at halftime. Instead, by the time the Raiders touched the ball again in the third quarter, it was 28-10 Packers.

Then, with the Raiders trying one last time to hang in the game down 35-14 with 8:14 to play, Carr floated a pass into the end zone to Waller, which was easily intercepted by Kevin King. The rule for quarterbacks on throws to the end zone is they need to be low at the goal line and high if to the end line. The throw to Waller should have been where only he could catch it.

Both plays were unacceptable, especially for a team with such promise. Carr said all the right things after the game. But his words ring hollow. He’s not a rookie anymore; he’s 28 with 84 games started in the NFL. And these aren’t the same Raiders that have finished below .500 in four of his previous five seasons — Carr doesn’t need to throw caution to the wind for his team to win games.

The Raiders have changed their trajectory as a team and should be squarely in the mix for a playoff spot, if not their first division title since 2002.

But only if Carr changes his mindset and plays with more maturity.