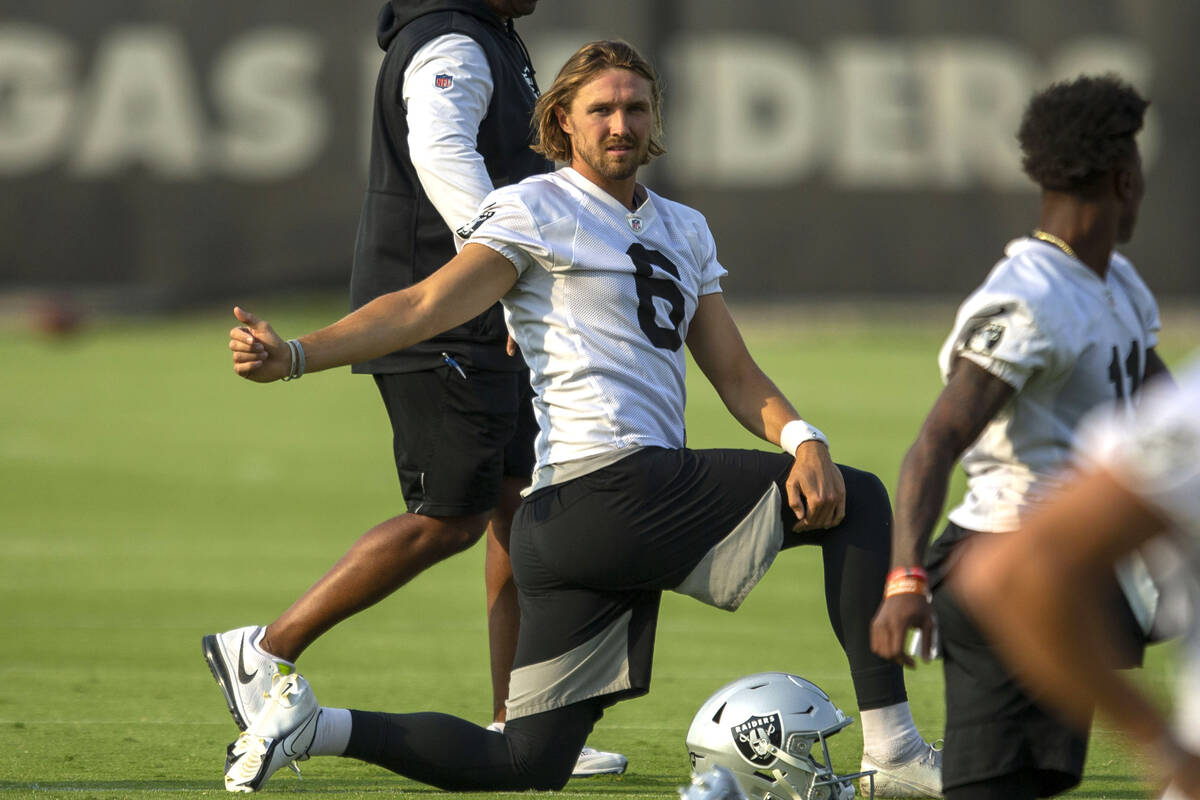 The Raiders moved up 12 spots last year to No. 13 in Football Outsiders’ special teams rankings after the unit was near the bottom of the league in 2019.

“Last year is over and we didn’t win it all, so I’m not pleased with anything, to be honest with you,” he said.

Always the perfectionist, Bisaccia wasted no time pointing out the 38-yard punt return the Raiders surrendered against the Bills last season.

“I know we gave up too big of a play against Buffalo last year. We’re trying not to do that,” he said.

Bisaccia knows there also was plenty to like about his special teams.

“A.J. is really working hard. We thought he played well in the red zone a year ago,” Bisaccia said. “We think he can play even better. I know he does as well.”

Daniel Carlson, a fourth-year pro out of Auburn, tied for the league lead in points with 144 and made 33 of 35 field goals.

It was a strong bounce-back year for Carlson, whose job was in jeopardy after going just 19-for-26 on field goals in 2019.

“I think we’re all excited about what he did, but I think Daniel is also respectful of the year before wasn’t what he thought it should be,” Bisaccia said. “So, again, no disrespect to a year ago. It’s over and it’s really about today, what we did today, and then when today is over it’s really going to be about what we do tomorrow. … If you do it one day and you don’t do it for four other days, you’re just a guy. So we are looking for consistency from everyone.”

It seems likely players like Divine Deablo and Tyree Gillespie will earn playing time through effort on special teams.

“We’re always looking for guys that can do a lot of things,” Bisaccia said. “We have a ‘we-fense’ mentality. What else can I do besides play linebacker or corner, or those kinds of things? So, I think we’re excited about the new group, for sure, and we have a few guys from last year’s group.”